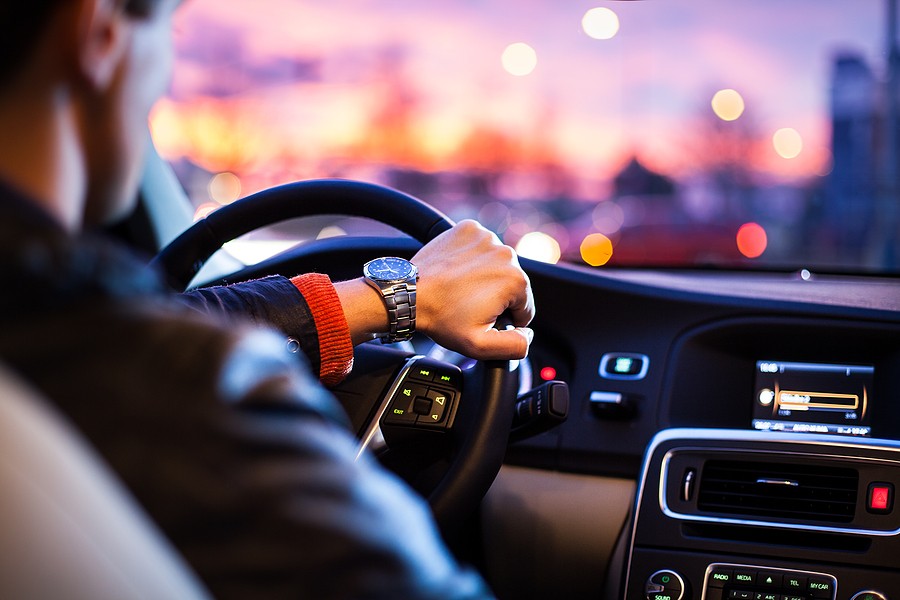 If you’ve ever climbed behind the wheel of your car, turned it on, and then stepped on the gas pedal while it was still in park, then you’ve revved your engine. There are a lot of people who have gotten into the habit of doing this on a regular basis. If you’re one of them, you might want to ask yourself, “Is it bad to rev your engine?” Because the truth is that it’s usually not a great idea to rev your engine if you don’t really have to. You could do damage to some pretty important parts in and around your engine when you do. Learn more about why it’s not smart to rev your engine unnecessarily below.

What Does It Mean to Rev Your Engine?

In just a few moments, we’re going to answer the question, “Is it bad to rev your engine?”, for you and show you why revving your engine isn’t the best thing for your car. But before we do, we want to make sure that you’re clear on what it actually means to rev your engine. Most people have revved their engines at least once or twice in their lives, but there are some people who might not know exactly what it means to rev an engine.

Revving the engine in a car is the simple act of stepping on the gas pedal while it’s still in park. When you do this, it forces your engine to behave in the same way that it would if you were actually driving your vehicle. Your engine’s RPMs will increase as you press down on your gas pedal, and you’ll hear your engine start to roar as if you were driving down the highway in your car. And they’ll continue to increase until you take your foot off the gas pedal and give your engine a chance to breathe.

Why Do Some Car Owners Feel the Need to Rev Their Engines?

As we mentioned a moment ago, there are some people out there who won’t ever get around to revving their engines. They won’t feel the need to rev their engine when they’re sitting in their driveways at home waiting for their cars to warm up or when they’re sitting at a red light waiting for it to turn green. However, there are also some people out there who rev their engines all the time. They’re the ones who need to ask themselves, “Is it bad to rev your engine?”

But regardless of the reason, it doesn’t make a whole lot of sense for people to rev their engines. It’s definitely not all that good for their engines, and it could prove to be catastrophic in some cases if they do it too much.

Is It Bad to Rev Your Engine?

If you happen to inadvertently rev your car’s engine every now and then, you’re probably not going to end up doing too much damage to it. It’s not all that uncommon for a person to accidentally press down harder on their gas pedal than they meant to when they’re waiting for their car to warm up and rev their engine as a result. You won’t have to ask yourself, “Is it bad to rev your engine?”, in these instances.

What Might Happen to Your Engine If You Rev It Unnecessarily?

We can sit here and tell you that the answer to the question, “Is it bad to rev your engine?”, is “yes!” But until you find out what kinds of issues your car might face when you rev your engine too often, you might still be tempted to do it. With that in mind, we’re going to break down some of the specific issues that you might have to deal with. Check them out here.

1. It Could Place Too Much Stress on Your Engine at One Time

There are all kinds of bad habits that people develop when it comes to their cars that come back to bite them later. From shifting their cars from reverse to drive too quickly to abusing their clutch, people need to avoid doing these things to keep their cars running like they should. Revving the engine in an effort to warm a car up falls squarely into this category, and it’s something that you should not do under any circumstances.

In theory, revving your engine to warm it up might seem like it would make total sense. You might think that it’ll help you get the oil in your car circulating through your engine quicker than it would otherwise. But in reality, revving your engine when it’s still cold is going to cause the temperature in it to change too quickly. This can put a big strain on a lot of the smaller components in your car and cause them to fail before long. You won’t have to wonder, “Is it bad to rev your engine?”, for too long when you develop this habit since you’re going to see problems pop up sooner than later.

2. It Could Cause the Valve in Your Valve Train to Stay Open for Too Long

Revving your car’s engine is going to do more than just create problems with the temperature in it. It’s also going to wreak havoc on your valve train if you’re not careful. It’s going to cause the valve in your valve train to open up and stay open for longer than it should, which could eventually cause what’s called valve float. Valve float takes place when your valve gets stuck in between an open and closed position, and it’ll usually result in your car losing power immediately.

The good news is that it’s not all that difficult or expensive to fix an issue involving a floating valve. You’ll need to replace the springs in it to get it working again. But there are some instances in which you might not notice a problem with your valve right away, and it can lead to you driving around with a misfiring engine all the time. It’ll make the answer to the question, “Is it bad to rev your engine?”, crystal clear for you.

3. It Could Throw Your Connecting Rod

The connecting rod in your engine is one of the most important aspects of it. It’s in charge of connecting your crankshaft to your piston, and you could face big problems if you ever “throw” your connecting rod. It’s going to result in complete engine failure in most cases and force you to take on expensive engine repairs or potentially even get rid of your car altogether.

That being said, you’re going to put your connecting rod at risk and possibly “throw” it by revving your engine when you don’t have to. When this happens, it’s going to knock your whole engine off course and make it impossible for you to continue to drive your car around. You want to avoid doing any damage to your connecting rod at all costs.

4. It Could Damage Your Clutch and/or Your Flywheel

The clutch in your car plays a vital role in its ability to drive around. It connects your car’s wheels to your engine and helps to set it in motion when you push down on your gas pedal. But as you might expect, revving your engine can cause complications for your clutch and prevent it from doing its job. When your engine’s RPMs increase too dramatically in a short period of time, it’ll sometimes result in too much heat and tension. This can do damage to your clutch and to your flywheel that sits in between your engine and clutch.

If your clutch gives out on you as a result of you revving your engine, it’s going to sideline your car and make it impossible for you to drive it. You will then have to replace your clutch and/or your flywheel to get it back out on the road. It’ll make you wish that you hadn’t spent so much time revving your engine for no real reason.

5. It Could Waste a Whole Lot of Gas

As you can see, revving your car’s engine unnecessarily can cause a whole host of very serious problems with you. You might end up having to sell your car for parts if you get yourself into the habit of revving the engine. But even if you steer clear of the major issues that we just mentioned, you’re still going to find yourself with at least one big problem on your hands. You’re going to blow through way more gas than you should by revving your engine.

Every time that you rev your car’s engine, it’s going to pull a whole bunch of air and fuel into it since it’s going to act as if you’re driving it. This is going to lead to it burning through more gas than it would under normal circumstances. And you’re going to have to pay the price for it by taking more trips to the gas station to fuel up. It’ll be enough to answer the question, “Is it bad to rev your engine?”, for you.

There are so many ways in which you can improve your car’s fuel efficiency and save money on gas. But simply putting an end to your engine revving habit could be the key to cutting down on your fuel costs. You’ll find that you waste way less gas while driving around in your car when you aren’t revving your engine all the time.

Is There Any Benefit to Revving Your Engine?

If you’re someone who likes to drive fast and show off how powerful your car is, then you’re probably going to spend at least some time revving your engine. It kind of comes with the territory for those who have cars with big engines in them. But there is really no big benefit to revving your engine if you don’t have to. Although it’s going to help produce more power for you when you do it, you might also put your engine at risk by revving it all the time. By the time you get around to asking, “Is it bad to rev your engine?,” it’s going to be too late, and you’re going to find yourself taking on expensive repairs.

How Can You Avoid Revving Your Engine?

Not everyone suffers the consequences of revving their engine constantly. But the fact that there is a chance that you could pay the price for it should be enough to get you to stop. You’ll be doing what’s best for your engine by taking your foot off the gas pedal and keeping the revving to a minimum.