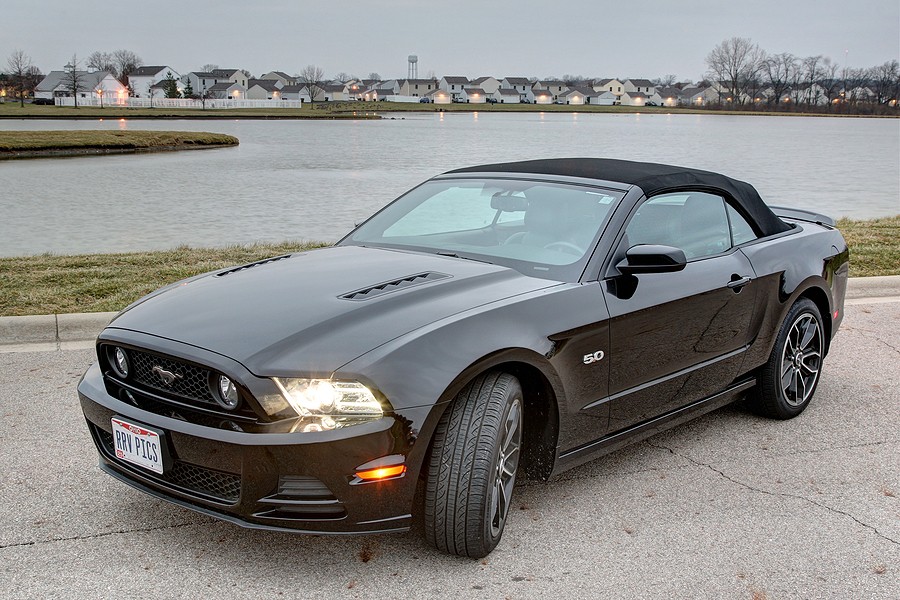 If you spend a lot of time driving around in your car every day, it’s going to be almost impossible to avoid idling in it altogether. There will be times when you’re going to find yourself sitting behind the wheel of your car with it running while you’re not moving at all. For example, you may find yourself at a red light or in traffic idling. But whenever possible, you should try not to idle in your car since the answer to the question, “Is it bad to let your car idle?”, is almost always “yes!” Learn more about what idling is and see some of the potential problems that might come along with it below.

What Does It Mean to Let a Car Idle?

Before we get into trying to answer the question, “Is it bad to let your car idle?”, it’s important for you to understand what idling actually is. There are some drivers who have heard the term before but don’t necessarily know what it means. And it’s going to be hard for you to stop letting your car idle if you don’t know what idling actually entails.

Idling is when a driver allows their car’s engine to continue to run even though their vehicle is sitting in one place. Most commonly, people will allow their cars to idle when they’re warming them up in their driveways in the morning and when they’re sitting somewhere waiting to pick someone up. In these instances, people have their cars turned on and ready to go at a moment’s notice, but they don’t have them in drive so they’re not moving around.

In theory, you might not think that you’re doing any harm to anyone by sitting inside of an idling car. But as we mentioned earlier, the answer to the question, “Is it bad to let your car idle?”, is almost always “yes!” You could be doing some damage to your car when you allow for it to idle, and you could also hurt the planet in some ways. It’s why you should try not to get into the habit of letting your car idle day in and day out if you can avoid it.

Is It Bad to Let Your Car Idle for Short Periods of Time?

That being said, you are still going to do a little bit of damage to it while you’re idling for even a short amount of time. Anytime that your car is turned on and allowed to sit, it’s going to put more of a strain on it than usual. So you should try not to idle in it for even just a minute or two. But you’ll be happy to know that this isn’t going to hurt it too much in the grand scheme of things as long as you stop idling in your car and get it back out on the road as quickly as you can.

Is It Bad to Let Your Car Idle for Long Periods of Time?

The second way that you can let your car idle is for a long period of time. When you say a long period of time, we’re talking anywhere from around 5 minutes all the way up to an hour or even longer. Essentially, we’re referring to any instance in which you’re almost going out of your way to let your car idle for longer than you normally would for one reason or another. You might let it idle this long when:

So, is it bad to let your car idle for this long? The answer to that question, as you would probably guess, is a resounding “yes!” If you ever let your car idle for more than just a minute or two, you’re almost automatically going to be putting too much of a strain on it. You’re going to want to avoid allowing your car to idle for that long under any circumstances since you could end up paying the price for it later if you don’t.

What Are the Problems You Might Face If You Let Your Car Idle?

If you’re someone who is constantly letting your car idle for long stretches at time, you might not see any ill effects at first. But over time, you’re eventually going to begin to see problems pop up with your car. You’ll wonder why you didn’t ask, “Is it bad to let your car idle?”, sooner. Some of these problems are relatively minor in nature, but others could prove to be catastrophic for your car. Check out some potential problems that can come along with letting your car idle all the time.

As long as you’re not driving your car around, you might be under the impression that it’s not using up any gas while it’s idling. But the truth is that your car can and will gobble up way more gas than you want it to when you have it idling. Even though you’re not going to be stepping down on the gas pedal in your car, your car will still use as much gas as it would use to drive 1 mile when you let it idle for just 2 minutes. That’ll add up quickly with your car burning through about 1 gallon of gas for every 60 minutes that you let it idle.

You should keep this in the back of your mind any time you’re tempted to let your car idle for more than a minute or so. If you’re in the habit of allowing your car to idle, you could be wasting a whole bunch of gas and putting yourself in a position where you’ll have to pay more at the pump each week. By simply shutting your car off when you’re not driving it, you can cut way back on your gas usage and save yourself a nice chunk of change over the long run.

2. Your Car Might Burn Through Oil Way Too Fast

When you’re asking the question, “Is it bad to let your car idle?”, you should know that you’re going to waste more than just gas by allowing your car to idle. You’re also going to give your car an opportunity to burn through a massive amount of oil, too. Although you’re not going to be driving your car when it’s idling, you’re still going to have oil circulating throughout it and burning up in the process.

Because of this, you might find that you’ll have to replenish your car’s oil supply way more often than you would have to otherwise. After just a few months, your car might not have enough oil in it, which will cause your oil light to pop on and warn you about a lack of oil in your system. You could prevent this particular problem by staying on top of your oil changes and by steering clear of letting your car idle. You won’t have to be too concerned about running out of oil when you’re not idling all the time.

A lot of the cars that are out on the road today produce fewer harmful emissions than the cars of yesteryear. They’re specifically designed to limit the amount of gases that they let out into the environment. But even still, most cars produce at least some harmful emissions. And if you’re letting your car idle all the time, you’re allowing these emissions to get out into the atmosphere and cause air pollution.

You can cut back on the amount of harmful emissions that your car produces by limiting how often you allow your car to idle. The less you idle in your car, the fewer emissions that your car is going to let out into the air. You’ll be helping the planet in a big way, and you’ll feel so much better about the small role you’re playing in the future of it.

4. Your Car Might Place Too Much of a Strain on Your Battery

You’re probably well aware of the fact that your car battery is responsible for providing your car with power when you’re behind the wheel. But did you also know that there are other parts in your car that work hard to keep your battery recharged while you’re driving it down the street? This can cause problems for those who spend too much time idling in their cars. When you’re constantly idling in your car, it doesn’t give your battery a chance to recharge, which can in turn put a gigantic strain on it and cause it to wear out quicker than it should.

The average car battery is made to last for somewhere between 3 to 5 years. It should be able to produce all the power your car could ever want and need during that time. But if you’re always idling in your car, it’s going to cause your battery to wear out sooner than expected. It could also leave you stranded if your battery wears down unexpectedly while you’re idling and runs all the way out of juice. It’ll leave you with a pretty clear-cut answer to the question, “Is it bad to let your car idle?”

5. Your Car Might Not Perform Up to Its Usual Standards

In a worst-case scenario, letting your car idle for long periods of time is going to do some serious damage to some pretty important parts in it. You’re going to find that things like your head gasket and your spark plugs are going to wear out on you completely ahead of schedule due to your excessive idling. You’re going to be forced to make costly repairs to your car in these cases, and you might even have to get rid of your car altogether if the repairs get to be too much.

The last thing you want is for your car to stop performing up to the standards that have been set for it, but that’s exactly what might happen if you idle in your car too much. You’ll be putting a big strain on the parts that we just mentioned when you do, and you’ll regret it later on. It’s just one more reason why you should ask yourself, “Is it bad to let your car idle?”, and then stop idling once you realize how bad it can be for your vehicle.

How Can You Steer Clear of Letting Your Car Idle?

As we alluded to earlier, you’re not going to be able to stop idling in your car completely. There will be times when you’ll need to idle in your car at a long red light or idle in it when you’re in the middle of a traffic jam. But after learning the answer to the question, “Is it bad to let your car idle?”, you should also know that there are some ways you can steer clear of idling as often as you do now.

To limit the amount of idling that you do, you should try and put your car into park and turn it off anytime you know you’re going to be waiting outside of your kids’ school or at the airport for more than a minute or so. You should also shut your car off when you’re stuck in traffic and not moving at all for long stretches of time. By taking these kinds of simple steps, you can scale back on how much you’re idling in your car and keep your car safe. You won’t have to worry about any of the problems we discussed here today.