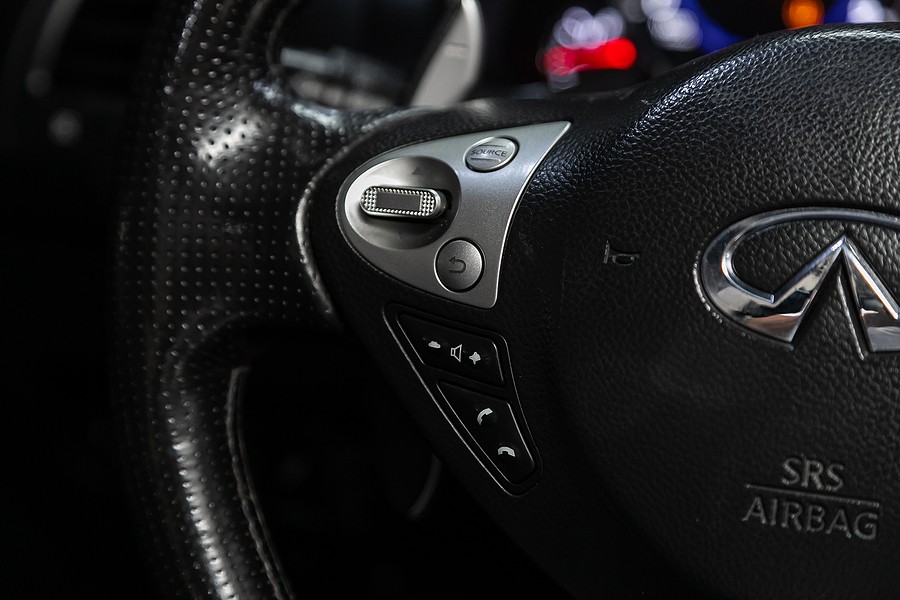 There are many different kinds of engines used in Infiniti cars, with the specific mechanism determining the overall Infiniti engine repair cost you may have to pay.

Firstly, one common engine type is the 210-horsepower VG30DE engine, an engine in the family of V6 engines that are produced for various vehicles within the Nissan and Infiniti lineup. The V6 series was first used in the early 1980s and often regarded as the first mass-produced V6 engine from Japan.

This engine type was produced from other inspirations on the market today, such as the 222-horsepower 300ZX engine used in the Nissan Cedric and Gloria.

Secondly, another kind of engine utilized in Nissan and Infiniti cars is the 193 PS VQ30DE engine, producing 227 horsepower and upgrading the overall engine performance in the second lineup of Infiniti cars.

Lastly, another common engine type used in Infiniti vehicles is the V9X engine developed by the Renault-Nissan brand, featuring a turbo-diesel setup and used in the Infiniti FX, Infiniti EX, and Infiniti M vehicles.

The most common engine problems that you find in Infiniti cars first begins with the oxygen sensors. Oxygen sensors are often overlooked but are some of the most important internal components in your Infiniti vehicle. The o2 sensor is responsible for monitoring the air and fuel mixture within the engine, with any misreadings from these parts leading to incorrect engine firing and timing.

A second common engine concern with Infiniti cars focuses on the catalytic converters. The catalytic converter directly relates to the car’s emissions, with the catalyst in charge of burning off hydrocarbons. If this can’t occur, a strong smell will enter the cabin and cause an unpleasant driving experience for everyone in the car.

Thirdly, damaged ignition coils are frequently an issue in Ignition vehicles. If the ignition coils fail, it can lead to rough idling, car failure, engine stalling, and a much higher Infiniti engine repair cost.

Lastly, faulty spark plugs can lead to a damaged cylinder head – a costly fix that will increase the overall Infiniti engine repair cost. To fix this issue, you should change your spark plugs at the recommended maintenance intervals.

In 2015, Infiniti recalled vehicles produced between 2012 and 2013 for the M56, QX56, and 2014-2015 Q70 and Q80 vehicles. The main reason for this recall dealt with loose fuel pressure sensors that could negatively affect the car’s acceleration and horsepower numbers.

In this 2015 recall, only V8 Engines in the Q70 vehicles were included. If these issues were not corrected in this specific kind of car, the loose pressure sensor could lead to a massive fuel leak, leading to a high Infiniti engine repair cost and potential vehicle fire.

The worst model years of the Infiniti X35 are 2004, 2005, 2008, and 2011. 2005 has the most overall complaints, but the 2008 model year is sometimes regarded as the worst choice due to the higher repair cost and the prevalence of issues. The worst issue in all model years is the dashboard melting in the 2008 Infiniti FX35.

The engine concerns in the Infiniti FX35 deal with the car surging during use, premature engine replacement, and a high Infiniti engine repair cost.

The worst model years of the Infiniti G35 are the 2003, 2006, and 2007 options. The 2003 Infiniti G35 has the most overall complaints. It is often considered the worst choice for potential buyers due to the high Infiniti engine repair cost and the worst issue of the steering rack leaking during use.

Regarding the 2003 Infiniti G35, the worst problem categories focus on the interior accessories, engine, steering, windows and windshield, and the AC and heater. The most severe problems in the Infiniti G35 includes excessive oil consumption and the timing chain breaking. The typical solution to excess oil consumption is getting a new motor and fixing the issue at around 72,000 miles.

The most problematic model years of the Infiniti cars are the 2009, 2011, and 2013 years, with the overall worst complaint being the dashboard cracking in the 2009 Infiniti G37. The top categories of concern in the 2009 Infiniti G37 are the interior accessories, electrical system, steering problems, the body and paint, and the engine system.

The overall worst owner concern in the 2009 Infiniti G37 deals with occasional power loss in the engine, with the problem typically at around 100,000 miles.

The 2013 Infiniti JX35 has issues regarding the engine system, causing owners to worry about the reliability and the high Infiniti engine repair cost for this car. The main problem categories involve the interior accessories, the seatbelts and airbags, the electrical system, the engine, the lights, and the steering.

The check engine light turning on in your Infiniti car is one of the worst engine problems, with the average mileage of occurrence at around 36,000 miles. Owners of the 2013 Infiniti JX35 stated that the check engine light repeatedly comes on during use, causing concerns about its durability and longevity.

The worst model years of the Infiniti M45 is the 2003 version, with the most concerning issue being the exhaust manifold cracking over prolonged use. In the 2003 Infiniti M45, the problem categories involve the engine, exhaust system, and the seatbelts and airbags.

The top engine concerns focus on the car burning excessive oil, excessive smoke at the start, check engine light turning on, and the car creating excessive smoke while driving. Fixing excessive oil consumption is relatively easy, with the typical average mileage coming at just below 110,000 miles and owners stating that adding the correct type of oil can often fix the concerning issue.

However, replacing the fuel sensor may be needed to turn off the consistent check engine light in their Infiniti car. This problem can be a sign of various issues, ranging in severity from minor to extreme.

The worst problem years for the Infiniti Q50 are the 2014, 2015, and 2016 model years, with the overall most concerning issue being the premature tire wear in the 2015 Infiniti Q50. Regarding the 2015 model year, the worst categories are the brakes, wheels, hubs, AC and heater, interior accessories, and the engine.

The top engine issue in the 2015 Infiniti Q50 is the car hesitating and stalling while driving, creating an unsafe driving condition on the road for drivers and passengers alike.

The top two engine issues with the 2002 Infiniti QX4 are the frequent burning of oil and the valve screw problem. Fixing the burning oil usually costs owners around $5,000 to remanufacture the engine at around 99,000 miles.

The top engine concern in the 2017 Infiniti QX60 is engine oil sludge. This common issue can worsen over time, causing you to have a high Infiniti engine repair cost associated with replacing the entire mechanism at around 30,000 miles.

Regarding the Infiniti QX56, the main years concerning problems involve 2007, 2012, and 2011. The most-reported problem out of all model years is the paint peeling in the 2011 Infiniti QX56, although 2005 is often considered as the worst model due to the severity of issues.

Fortunately for owners of the Infiniti QX56, the most commonly reported problems deal with exterior accessories, with few dire concerns focusing on the engine or the high Infiniti engine repair cost. However, the 2007 Infiniti QX56 has some issues with the drivetrain and engine, causing the differential to fail after prolonged use.

The average Infiniti engine repair cost ranges between $2,500 and $4,000 for a complete replacement while replacing just some internal parts will only cost you between $500 and $800 for a rebuild.