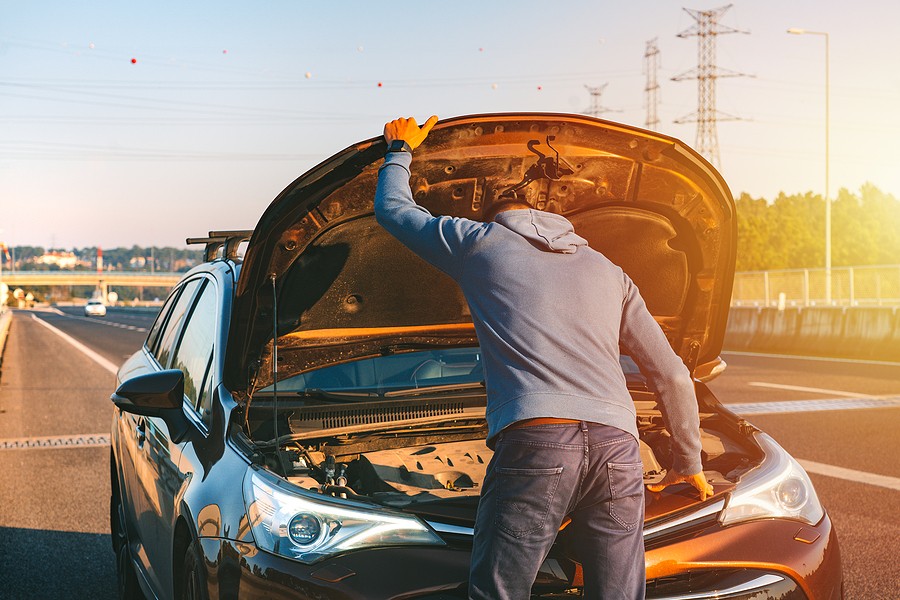 How to use CRC GDI intake valve cleaner is simple but takes more effort than simply putting some fuel additives. First of all you have to remove the air filter and then locate the MAF sensor, which is located between the air filter and the engine’s throttle body. Be careful not to spray the CRC GDI cleaner in front of the MAF (Mass Air Flow) sensor as that can damage the sensitive device. Disconnect the air intake tube at the throttle body and spray directly into the engine if possible. Simple but some things have to be followed if you want it to help rather than cause more problems. We will discuss how to use CRC GDI Intake Valve Cleaner in depth in this article.

GDI (Gasoline Direct Injection) Engines: What You Need To Know

The latest fuel delivery technology, Gasoline Direct Injection (GDI), boasts improved performance and fuel economy, according to industry heavyweights. The performance of GDI engines has been excellent. GDI has made its way into the mainstream and is currently found in more cars than ever before. Automakers are convinced–GDI works and is efficient, but it has drawbacks, just like any other technology.

So, what is Gasoline Direct Injection? GDI engines work by pumping high-pressure gasoline directly into the combustion chamber. This is significantly more precise than carburetors or previous fuel-injection systems.

Because of the direct injection, the combustion is more thorough and the temperatures inside the cylinder are cooler. Because of the colder temperatures, the compression ratio improves, resulting in more economy and power with the same amount of gasoline.

According to certain manufacturers, GDI engines may produce a 50% improvement in low-end torque while also delivering a 15% increase in fuel economy. This may all appear to be too good to be true. In some ways, it is. But while the efficiency improvements are undeniable, GDI technology also introduces a new set of issues.

Gasoline Direct Injection technology's major benefit, precision, is also its main disadvantage. Many consumers have complained to the National Highway Traffic Safety Administration about high rates of fuel system blockage and engine carbon build up in their GDI-powered vehicles. So how to use CRC GDI intake valve cleaner comes in handy.

The consequences can be severe, with some drivers reporting power loss and engine stoppage. Engine repairs are not inexpensive, as anyone who has required them may attest.

The valve cleaning action produced by GDI is not as effective as when fuel is delivered to the engine upstream of the cylinder. The gasoline passing through the intake port of non-GDI engines works as a cleaning agent for contaminants such as atomized oil. In GDI engines, the lack of a cleaning mechanism might result in increased carbon deposits. Oil catch tanks, which are sold by third-party manufacturers, are claimed to prevent or decrease carbon deposits.

Because there is less time available to inject the appropriate amount of fuel, GDI's capacity to create peak power at high engine speeds (RPM) is hampered. Fuel can be injected to the intake air mixture at any moment using manifold injection (as well as carburetors and throttle-body fuel injection). A GDI engine, on the other hand, can only inject gasoline during the intake and compression phases. When the time of each combustion cycle is shorter, this becomes a constraint at high engine speeds (RPM).

Some GDI engines include a set of manifold fuel injectors to give more fuel at high RPMs to circumvent this limitation. In addition to clearing carbon deposits from the intake system, these manifold fuel injectors help clean the intake system. Because gasoline does not provide the same level of lubrication for injector components as diesel, the injection pressures employed by GDI engines are occasionally limited. To avoid excessive wear on the injectors, the injection pressure of a GDI engine is normally limited to around 20 MPa (2.9 ksi).

A team of researchers from the University of Georgia (USA) predicted in a study published in January 2020 in the journal Environmental Science and Technology that the increase in black carbon emissions from GDI-powered vehicles will increase rising temperatures in urban areas of the United States by an amount that significantly exceeds the cooling associated with a reduction in CO2. According to the experts, switching from standard port fuel injection (PFI) engines to GDI technology will roughly double the rate of premature death caused by pollution due to vehicle emission.

As mentioned, gasoline is injected straight into the cylinder in GDI engines, bypassing the intake valves. This results in increased engine power and improved fuel efficiency. However, carbon builds up quickly on the backs of GDI intake valves without gas washing over them like it does in conventional (PFI) engines. As a result, power and performance are lowered.

Carbon buildup on GDI intake valves has been difficult and expensive to remove until recently. To access the valves, labor-intensive techniques like walnut-shell blasting and hand valve cleaning necessitate engine disassembly. You can not simply put gasoline additives as they can't reach intake valves when you have a GDI engine. And that’s where CRC GDI intake valve cleaner comes in.

If you follow the steps on how to use CRC GDI intake valve cleaner it can help increase your car’s power and torque, improve its fuel economy, and solve issues like rough idle, rough starting and heavy emissions. It has proven to have a good impact on turbo systems.

Deposits can build up in any fuel system as said by Adam Selisker, CRC's vice president of technology. He also added how much and quickly they form depends on the fuel and oil quality used, the individual's driving style, and engine type. Because GDI (gasoline direct injection) intake valves are never cooled or washed with fuel, the buildup occurs at a much faster rate. Carbon buildup can result in limited airflow and higher operating temperatures in as little as 5,000 to 10,000 kilometers. GDI IVD Intake Valve Cleaner dissolves and removes deposits off valve stems and tops effectively.

CRC GDI intake valve cleaner has the largest concentration of PEA (polyetheramine) detergency, which is administered directly to the backs of the GDI intake valves and eliminates up to 46% of carbon deposits in the first 60 minutes. It does not necessitate a costly engine teardown and is safe and effective for all gas-powered engines, including turbos.

How do I use the CRC GDI intake valve cleaner?

Here is a more in depth discussion how to use CRC GDI intake valve cleaner if you want it to work as it should:

As mentioned, using the CRC GDI intake valve cleaner includes removing the air filter and locating the MAF sensor, spraying the CRC GDI cleaner carefully in front of the MAF so you will not damage the sensitive device. If possible you should disconnect the air intake tube from the throttle body so spraying directly to the engine can be made easier.

Start the engine and warm it up to roughly 200 degrees. Operating the engine will demand the assistance of another person. If you can't get to the throttle body as stated previously, enter the straw past the MAF sensor without touching it, then spray the cleaner in short bursts until the can is emptied while an assistance holds the engine at 2000 RPM. This is necessary to prevent the engine from stalling.

When the can is empty, rev the engine up to roughly 3,000 RPM. Do not go further than 3,500. Allow the engine to idle for one minute before turning it off. Remove the air intake system and reinstall it. Allow one hour for the engine to cool. To finish the cleaning process, start the engine and travel at highway speeds for at least 10 minutes.

How do you take care of a GDI engine?

As previously stated, the GDI engine has had its share of issues. The most prevalent of these is deposits that can form on a GDI engine's intake valves. Intake valves are little round metal doors that allow air into the cylinders of your engine. Two of these intake valves control the flow of air into each cylinder in most engines.

The air that enters through the intake valves, on the other hand, is filthy, full of impurities such as engine oil molecules and unburned fuel. These pollutants can adhere to the hot intake valves, causing them to burn and develop valve muck. Valve gunk is a nightmare.

In non-GDI engines, intake valve gunk isn't a significant issue. Fuel injectors splashed gasoline across the surface of the valves shortly before it was pulled up into the cylinders. This successfully cleansed the tops of the intake valves with a continuous stream of gasoline, preventing excessive buildup of gunk-causing deposits.

Some GDI engines can run without muck throughout the whole life of the car. Others, on the other hand, aren't so sure. There are numerous factors at play. So here are some suggestions and recommendations to keep in mind if you're looking for a GDI-powered vehicle on the secondhand auto market:

To keep your car's engine running smoothly, a major fuel service for GDI systems should be conducted every 50,000 kilometers. During this service, your mechanic may remove the intake manifold and clean your valves with a pressurized cleaner.

In severe situations of carbon buildup, your mechanic may need to use more aggressive cleaning methods. Within 5,000 kilometers, carbon will begin to accumulate. We've seen GDI engines fail before 60,000 miles due to this accumulation. The only option at that point is to disassemble the engine's top, remove all of the valves, sandblast them clean with a specific abrasive material, service all of the injectors, and then rebuild the engine.

A GDI Induction Service is required to cope with this build-up. This method employs the use of a specific chemical that is vaporized by specialized equipment. While the engine is running, this vapor is injected into the vehicle's air intake system. Until it is ignited in the combustion chamber, the vapor flows through the air induction chamber, across all surfaces, and over each of the valves. The carbon and debris are broken down by the chemical fog.

Between major fuel service appointments, keep the following in mind for your GDI engine:

Other automakers have experimented with engineering solutions. A change to the engine, for example, allows it to spray a small amount of fuel onto the valves to function as a solvent and maintain them clean. You can also benefit from the CRC GDI intake valve cleaner.

How much does a GDI service cost?

A gasoline induction service takes roughly 20 minutes in the shop, but the cleaning supplies for GDI intake valves are under $15. Despite this, stores charge between $150 and $199 for this treatment. If the business markets the service as preventative maintenance, they can significantly increase daily revenue. So it would be best if you know how to use CRC GDI intake valve cleaner.