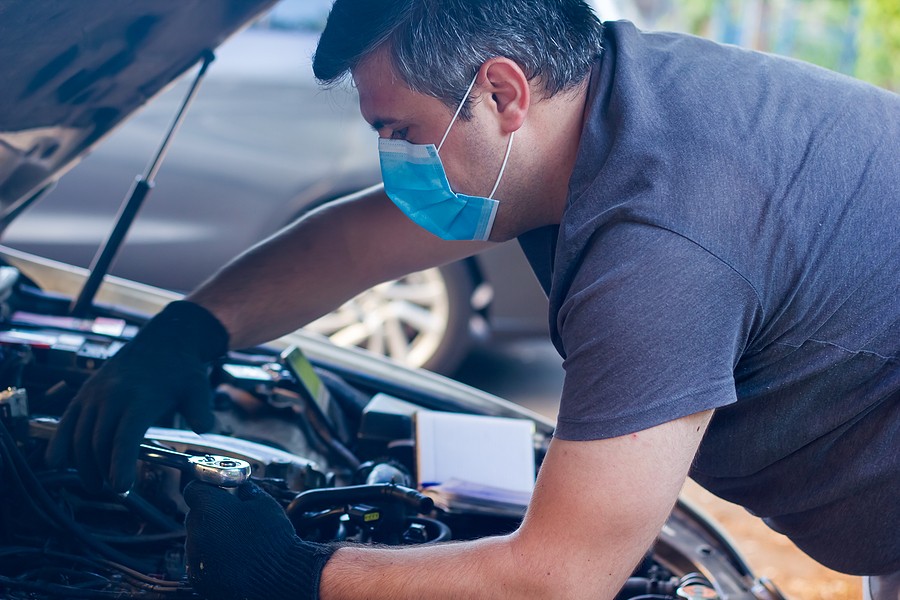 Most drivers are aware of the main, integral parts of their vehicle. Things like the engine, the oil filter, the transmission, the brakes, and so on. But when you get down into the constituent parts a lot of drivers aren't confident in identifying what makes their vehicle go. The fact is most of us are not car experts, and that's okay. That's why we go to mechanics to get things fixed because they understand what's going on in a vehicle more than the average person does. And that's why when you hear about a neutral safety switch, you might not be one hundred percent sure exactly what it is, what it does, or how you can even test the water in your car to make sure it's working properly.

What is a Neutral Safety Switch?

You have to put your car in the correct gear to get it started. Your car will typically only start when it's in park or neutral and that's a safety feature of the vehicle. You wouldn't want to start your car in first gear because you would jolt forward suddenly and potentially cause an accident, right? The neutral safety switch is the part of your vehicle that prevents that from happening.

As part of your automatic transmission, the neutral safety switch ensures that you are in park or neutral in an effort to prevent accidents. This is a throwback to the early 1960s when auto manufacturers started including features in vehicles for the general public that were meant to increase safety, and drastically decrease the potential for accidents. There was a time when cars didn't even have seat belts as an option in them, for instance.

The neutral safety switch is one of these safety features that was pioneered in the 1950s, really gained ground in the 1960s but actually was not common and every vehicle until sometime in the 1980s. The progress of safety can be slow sometimes.

When the neutral safety switch is working and electrical current goes for the ignition switch to the engine starter to start the whole ignition process. If you're not in the correct gear, the neutral safety switch prevents that from happening. That means your spark plugs will be unable to spark, and you can't ignite the air-fuel mixture in your engine and in turn you simply cannot start your car.

Because of the important function that a neutral safety switch performs in your vehicle, if it were to go bad or fail in some way this could be a serious problem before you as a driver and potentially dangerous to other people on the road as well. These are some signs to be on the lookout for to let you know there was a problem with your neutral safety switch.

If there's an electrical issue somewhere in the neutral safety switch, then you won't be able to get any crank from the engine at all no matter what year you have in it. This is because there's no power flowing from the neutral safety switch to the starter relay. Since the starter motor can’t get started then your engine can't get started. This likely means that there's an open electrical circuit in the switch caused by a bad relay or a blown fuse.

Engine Cranks in Any Gear

This is a very bad sign that you don't want to experience. If your engine is able to crank no matter what gear you're in, even if you're actually running the car already, there's definitely a problem with the electronics in your neutral safety switch. This is just as useless as having no neutral safety switch whatsoever in your vehicle. You're at a high risk of having accidents if this is the case because there's nothing stopping your vehicle from moving at any point in time.

There are occasions when you can get the engine to crank in park but not neutral. This is indicative of a problem with the electrical components of the switch as well since it recognizes one gear but not the other. In this case it’s very possible that the switch is just loose as well and not making full contact. Readjusting it and checking the connections may fix the problem and, at the very least, will eliminate one potential fix.

This problem is harder to diagnose because it's not necessarily just the neutral safety switch causing it, but it's definitely one of the potential reasons why your car won't crank even when it's in park.

In many vehicle models, the neutral safety switch and the reverse light are actually wired together. So, when your engine doesn't crank, the lights that indicate you're reversing will not come on. If those lights aren't working, It's a potential sign that there's a problem with your neutral safety switch.

It's possible that your car has been wired in a way that the check engine light is covered by a  scanner, is what I'm a chemical used to diagnose any problems when you bring the car into them with the warning light on. You can buy these yourself on a site like amazon.com and while some of them can be very expensive, upwards of $300 to $400 or more, there are other ones that are very affordable and maybe only $30. If you have any interest in DIY car repair, or keeping up with what's going on with your vehicle this may be a good investment to me because it will give you the code or other details to let you know exactly what the problem is when a warning light comes on your dashboard if there's a problem with you neutral safety switch.

Of course, the check engine light is a very vague warning that could cover literally dozens if not hundreds of different problems with your vehicle. the only way to know for sure if it's your neutral safety switch when the warning comes up it is to check the code on an OBD2 scanner. An OBD2 scanner, or on-board diagnostic scanner, is what a mechanic will use to diagnose any problems when you bring the car into them with the warning light on. You can buy these yourself on a site like Amazon.com and while some of them can be very expensive, upwards of $300 to $400 or more, there are other ones that are very affordable and maybe only $30. If you have any interest in DIY car repair, or keeping up with what's going on with your vehicle this may be a good investment to me because it will give you the code or other details to let you know exactly what the problem is when a warning light comes on.

How to Test Your Neutral Safety Switch

If you want to figure out what's going on with this neutral safety switch but you aren't sure that it's the source of the problem you're experiencing in your vehicle, there is a fairly simple process by which you can test the effectiveness of the safety switch.

For higher end vehicles, you can expect to pay quite a bit more. The safety switch alone for a BMW is nearly $400 by itself. On autozone.com you can actually find aftermarket neutral safety switches for as little as about $19.

Can I Replace My Own Neutral Safety Switch?

There are some guides you can find on the internet that will walk you through the process, and also some handy videos like this one that can show you what you need to do. Unfortunately, as we said, the neutral safety switch is not always located in the same place and every vehicle, so you may have to look for one that applies to your specific make and model. If there isn't one that is available for your particular vehicle, then you're just going to have to get a general sense of how to do it if you're not already sure.

Even though most drivers are not aware of the neutral safety switch in exactly what it does in the vehicle, as you can see it's clearly an important part of how your vehicle operates and overall vehicle safety. Its job is a simple one, but without it you're at risk of something potentially serious accidents that could cost you a lot of money on repairs not to mention the potential for injury or even death if something goes terribly wrong.

For that reason, if you realize there's a problem with your neutral safety switch you really need to get it looked at as soon as possible. You can do the test yourself fairly easily as you’ve seen to determine if something is wrong, and then either do a simple DIY repair on your own, or take it into the shop to get it replaced if you're not 100% sure you can handle the repair on your own. Either way, this is definitely not a repair that you want to sit on for too long because the safety of your vehicle, your passengers, and yourself is on the line.