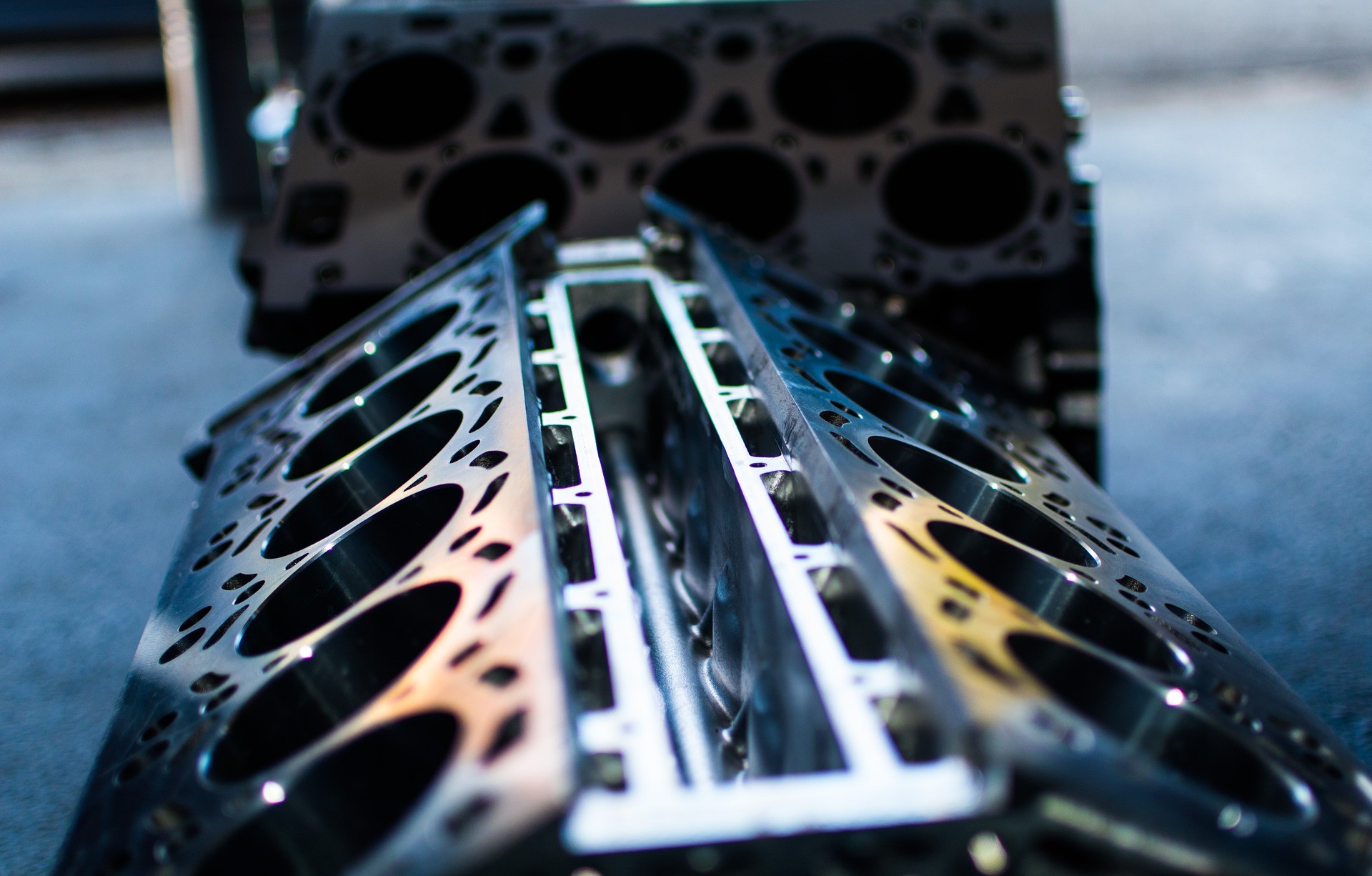 It's important to know the cost of replacing a car engine before even thinking about repairing it. That way, if your mechanic quotes you at a price that's too high and you can't afford to fix your car, you won't be left without transportation and out-of-pocket expenses.

So how much does it cost? The average is $2,500 – $4,000, with repair costs varying between these two amounts. It might be more expensive in some situations while cheaper in others, so make sure you get an estimate before deciding on anything!

This article provides you with all you need to know about “How Much Does It Cost to Replace a Car Engine?” How much does it cost to replace a car engine?

That depends on the car and whether or not it's under warranty (because most cars are still under manufacturer warranty for 100,000 miles regardless of when they were bought). For most average cars like a mid-sized sedan, you can expect to pay around $2,500 – $4,000 or more for repairs.

What factors influence the price of an engine replacement?

Several factors can influence the price, including:

#1 The car's make and model

The first thing you'll want to know is what kind of car needs the engine replaced. Most manufacturers list all their makes and models on their website, but if they don't, look it up online (e.g., Ford cars) or in your local phonebook (or both).

For example, if you own an Acura TL (approximately $32,000 new), you can expect the engine replacement to be more expensive than buying a Toyota Yaris ($16,000 – $18,000 new). It's because aftermarket parts are often used on less expensive cars (e.g., Corolla / Yaris), which means you might have to buy them separately.

Another factor to consider is the availability of parts. Some car models have high demand, and therefore parts are easier to find, while others don't. The demand for each brand varies, so do a little research online before taking your car to a mechanic.

The labor rate is what you'll have to pay your mechanic to complete your engine replacement, or if you do it yourself, how long it will take. Labor rates vary per region, and they are often determined by the geographical area in which you live. As a result, some regions have higher rates or lower rates depending on their demand for mechanics.

#4 Location of the car dealership or mechanic

This is how much it will cost you to get your car towed to the dealer or auto shop. This varies per region, and many mechanics have deals with local tow companies, which means they can give you cheaper rates!

Before taking your car anywhere, always call different places first. For example, if there are two repair shops next door to each other, but one offers a better price, go with that one! Also, don't assume all mechanics charge the same amount – do some research first. The last thing you want is an expensive tow bill, after all!

#5 The type of damage

If your car has been in a major accident (e.g., rollover), then the damage will be more extensive, and therefore it will cost you more to replace the engine. But, again, it's because they might have to switch out other parts with new ones, which is why it's important not to skimp on insurance.

If your car doesn't start or run properly after sitting in storage for a while (e.g., in the winter), it could be due to a clogged fuel filter or something else. This damage will cost about $500 – $1,000 for repairs. #6 The age of the car and its mileage

This will be one of the most important factors in determining your final cost because it affects how much your car is worth and, therefore, whether or not you'll get a good deal. Remember, cars depreciate the older they are, but let's look at this in more detail.

The longer you own your car and the more mileage it accumulates, the less valuable it becomes overall! It's common sense because cars are only built to last for so long.

Takeaway: The age and mileage of your car determine its value, which affects the overall cost of replacement parts. A car only remains functional (and valuable) for about ten years – it's just a matter of time! So if you want to save money, buy a new car every eight years or less.

How can you prevent damage to your car's engine in the first place?

The best way to stop your car's engine from failing is by regularly servicing it or bringing it into the garage for routine maintenance. It all depends on how much you use your car and what types of driving you to do. If you're a heavy driver, get your car serviced more often because the engine will be under a higher load.

So if your car is still relatively new, then you can expect to replace its engine within ten years – remember that! So don't be surprised when it happens. Unless you buy a brand new car, it's inevitable, which means you have to make up the cost of repairs somewhere else.

If your car is very old, then you can expect to replace its engine way before ten years have passed! It all depends on how well you look after it. What should you do if your car's engine breaks down?

Dealing with engine breakdowns can be quite stressful, especially if it happens when you're on the road.

Here's a step-by-step process for what you should do if your car's engine breaks down:

First of all, don't panic! Having your car break down is not the end of the world, and you can get it going again without too much trouble. All you need to do is find the right tools, get your car towed or loaded onto a flatbed truck and then bring it into the garage.

#2 slow down and pull over when you can

#3 Call a professional if necessary

If it looks like your car will break down completely, then consider calling a tow truck or a flatbed truck for assistance, especially if it's going to be a hassle waiting for help from friends, family, or other drivers.

Alternatively, you could find a garage in advance and ask them for advice, but this might cost money depending on how much they charge. If you're not sure what to do, then call a professional – that way, you know the job will get done right!

In most cases, people prefer calling a tow truck to get their car taken into the garage because it's better than waiting or doing it alone, which might not be safe. Even so, try not to spend too much money by calling a professional unless you have to. #4 Get your car towed and repaired

For the most part, you should bring your car into the garage as soon as possible after its engine breaks down. The sooner you take care of the problem, the l and the damage will occur over time. Many people prefer taking their cars to garages they trust, but this isn't always necessary – some are only out to make money with no concern for customer service. In contrast, others offer great service at affordable prices!

So do some research on the different garages in your area and find a solution that works for you. You can also compare prices to save money or have the work done locally.

If you're not sure what's going on with your engine, don't fix it yourself because this could lead to expensive mistakes! Also, if your car battery dies due to the problem, then having it replaced is usually included in most service tariffs, so keep an eye out for this particular detail when choosing a garage.

Garages employ fully-trained mechanics, which means they know how to do their job properly. Although many people like tinkering with engines and other parts (because they're mechanically minded), garages often prefer dealing with them because of the risks associated with doing it yourself.

#5 Get a second opinion if necessary

If you're not sure whether or not your car needs a new engine, get a second opinion from another garage before paying for any repairs. Even if the first garage comes highly recommended, there's no harm in getting a second opinion to avoid making costly mistakes.

With that said, though, don't be too quick to jump to conclusions – just because one garage offers lower prices than others doesn't mean they're offering bad service! The right choice will depend entirely on what's wrong with your car and what you're willing to pay for the best overall service quality.

The truth is that the cost of replacement engines can vary between $2,500 and $4,000, but they might be much higher. If you know what's wrong with your engine and can diagnose the problem, then you should consider getting a second opinion…

For instance: the price of an engine replacement in part to how old your car is. The older it is, the more likely parts will need to be replaced, and this usually includes special tools necessary for the task (because car engines built before 2000 aren't standard).

Many factors influence the cost of repairs like these, so consider all options before making a final decision. There could be hidden charges and other expenses not listed until after work starts. When it's not worth replacing my engine?

If you're wondering whether it's worth replacing your car engine, then the answer is no in most cases.

This usually depends on how old or new your car is, but keeping it running for longer than necessary will only cost more.

Many people prefer buying a replacement engine because they think this might be cheaper in the long run… But with most cars having an average lifespan of over 15 years, it's rare to find one that breaks down after 10 – 12 years. So if yours is still relatively new, then there's little need to worry about repairs unless something else goes wrong!

But if the car has been around for some time (especially if it's an older model), there are probably more cost-effective ways of getting it fixed (e.g., replacing or re-wiring faulty parts). The job might seem like a lot of work, but the result will be worth all of your hard work!

Why should I choose Cash Cars Buyer to sell my car with a bad engine?

When you get to a point where your vehicle is beyond repair, Cash Cars Buyer is here to help you! We guarantee to buy your vehicle despite its type or condition! This It is important to know how much you are spending on your car and the costs associated with repairing it. The cost of replacing a car engine can vary but generally ranges between $2,500 – $4,000. It's best if you have an idea about what type of vehicle you drive so that we can get more specific numbers for you.