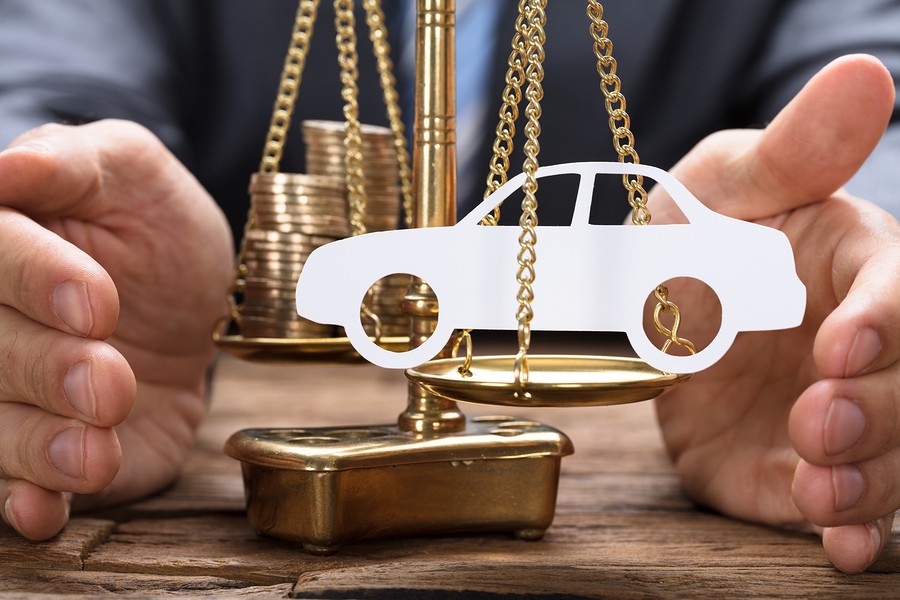 You don’t need us to tell you that the average car on the road today is a heavy machine. Since they first started production, automobiles have been sturdy, powerful, and densely made. That said, just how much does the average car weigh these days anyway? And, more importantly, how does that affect you as a driver and why should you care? The weight of a car does impact everything from safety ratings to fuel economy to other smaller incidental factors. There are just a lot of things you need to be aware of. So, if you've ever wondered just how much a car weighs and why you need to care, we’ve got you covered!

What does the average car weigh?

Knowing exactly what your car weighs is harder to figure out than you might guess. Every car is obviously going to have a different weight, often listed as “curb weight.” In the UK they call the same thing “kerb weight.” The curb weight is what a car, empty of passengers and cargo but featuring all standard equipment including coolant, oil, and even a tank of gas will weigh. It is the weight of a car if it was parked at the curb before you drove it away. But curb weight is unique to every make and model of automobile. A Honda Civic and a Honda Accord will both have different weights. But also, a Honda Civic LX weighs in at 2,906 pounds and a Honda Civic EX weighs in at 2,955 pounds so even trim packages will vary.

On average, a car made since 2015 will weigh in the neighborhood of 4,000 pounds. Broken down, this covers a pretty decent range of weights, however. In 2018, a Mitsubishi Mirage ES was a relatively feather-light 2,018 pounds. That makes it even lighter than the 2,315-pound Toyota Yaris. And they're both lighter than the 2,363-pound electric Smart ForTwo. On the far end of the spectrum a Lexus LX was an incredibly beefy 6,000 pounds. Despite being a car, it's was even heavier than the Ford F-150 Raptor at a respectable 5,525 pounds.

What was the heaviest/lightest car ever made?

The heaviest production car that ever hit the road so far has been the 2017 Mercedes-Maybach S600 Pullman Guard. This was essentially a fully armored limousine, which had a baffling weight of 11,244 pounds. That’s one car you’d need to be cautious driving over small bridges. If something like that were to get into an accident with a pedestrian or a cyclist, the result could be catastrophic.

The lightest production car ever made dates all the way back to the 1960s with the miniscule Peel P50. That quirky little three-wheeled car weighed only 130 pounds. If you ran out of gas you could potentially pick it up and carry it home.

Why does car weight matter?

Fuel economy is arguably the biggest reason you as a driver on the road today need to be concerned about what a car weighs. This affects how your car performs and your financial bottom line. Modern fuel systems have come a long way to improving fuel economy and allowing you to get the most miles for your fuel dollars. That said, the weight of your car will always have an effect on that. The heavier a car is, the more an engine has to work to move the whole thing. The reason cars can be so heavy on the road now, and they are heavier than they used to be by quite a bit in some cases, is because of those engines. Engineering has allowed for engines to be incredibly efficient and powerful, which offsets those weight gains to keep speeds and economy at competitive levels across the industry.

The EPA says that you can increase fuel efficiency in a vehicle by 1% to 2% for every 100 pounds of weight you strip off of a car. That means that there is a balance that needs to be struck here. You can save yourself some gas mileage by taking unnecessary cargo out of your back seat or trunk, things like a golf bag or tools you may not need at the time.

Weight increases efficiency by adding better parts with improved performance but also decreases it at the same time with the excess weight. The lower the weight gets, the greater the safety concerns linked to the vehicle can be.

Does what a car weighs affect safety?

The increased weight of modern cars has a plus side and a negative side.  When it comes to safety concerns these can potentially cancel each other out. If your car weighs 6,000 pounds you are essentially driving in a fortress. That could be good news for you if you get into an accident because you’re much safer in a car that sturdy than you’d be in that poor little Peel P50 we mentioned. So yes, a heavy car can be very safe. It’s better able to absorb damage and less likely to do something like roll over or flip. It is also less likely to spin across a road for a great distance if you get clipped by another vehicle.

The downside is if you’re not driving the 6,000-pound Lexus and instead are in that Toyota Yaris. An average or below average weight vehicle getting into an accident with a very heavy vehicle could be catastrophic. You can imagine what happens if the Lexus and the Yaris meet head to head at 50 miles per hour with the Lexus weighing almost three times as much.’

Research into accidents has shown that if your car and another car collide, there is a 47% increase in the chances of this accident being fatal if there is more than a 1,000 pound difference between the cars. And as we can see with our Lexus vs Toyota example, there can easily be a difference of well over 3,000 pounds on the road today.

Is a heavy car more dangerous?

In a strange twist, despite the fact that what we've said makes it sound like heavy cars are more dangerous, it's not necessarily the case. If you know accident statistics you know that the roads are, on average, safer than they ever have been. So how is that the case? Some of that extra weight packed onto cars is gear that has made cars safer, like roll cages and better brakes. So, when cars do get into accidents, you are still more likely to be safer overall. It’s just that great weight disparity you need to be wary of. There’s no way to prepare for or predict he weight of a car that may hit you. Relative weight is the killer, not just weight alone.

The damage caused by heavy cars in accidents has a financial toll as well, as you can imagine. A fender bender 30 years ago when cars weighed about 1,000 pounds less on average would cause less body damage than one today with those heavier cars and in turn could likely have a lower repair bill at the shop, though this will always be very dependent on the nature of the accident and the vehicles involved.

What other concerns are related to what a car weighs?

Very few people will ever buy a new car and consider what it might cost them down the road to do routine maintenance. Something as simple as changing a ire needs to take weight into account. And even if you are factoring in maintenance costs, are you factoring in maintenance ability? If your car blows on the highway, there is a definite difference in how that Yaris owner can change it versus how the Lexus owner can change it. Jacking up a 6,000-pound car on the side of the road takes some different equipment. You need sturdier gear and more caution for pulling this off on a car that is carrying an extra ton and a half of weight.

Adding extra weight to your car is also a concern with what your curb weight is. If you’re hauling a trailer, maybe loading your trunk down with heavy cargo, you need to know what your car can handle. An overloaded vehicle will suffer a greater degree of wear and tear at a faster rate. Additionally, there's the potential damage if you’re overloaded and hit a pothole or speed bump.

How does gas vs electric affect what a car weighs?

You may have noticed that electric cars are often much heavier than gasoline powered cars. This is true regardless of size and an electric version of one car will always be heavier than its identical gas-powered counterpart. It may seem counterintuitive at first, that the environmentally friendly electric vehicle that doesn’t even require a gas tank is somehow incredibly heavy. The Audi e-tron is nearly 6,000 pounds, for instance. The Tesla Model S has a curb weight of 4,883 pounds so you can see these are beefy vehicles.

The engines in electric cars are actually much lighter than combustion engines. It's just the offset from the batteries is very significant which is what causes the difference. Tesla’s Cybertruck is going to be the first mass market electric truck and although firm numbers haven’t been released yet it’s speculated to be more than twice a Ford F-150. That means it's potentially over 10,000 pounds. As of early 2020 that was still just speculation, though.

Should you choose a car that weighs more or less?

Now that you understand a little bit about how the weight of a car affects things like fuel economy and safety for your vehicle, the big question is how does that affect what car you should get? Is it better to have a heavier car or a lighter car in the long run, or does it even matter at all?

Choosing between a heavier or a lighter vehicle really comes down to what you place the highest value on. In terms of your driving experience, what do you need out of a vehicle? A lighter car may save you some money on fuel in the long run but there is a potentially greater safety risk if you run afoul of one of those heavier vehicles. Likewise, a heavier car may be less environmentally friendly. If it’s a gas-powered vehicle versus an electric car you can factor in that aspect to your determination as well. And, of course, there’s the simple matter of what the car looks like and how it handles in a way that may or may not appeal to you.

A person who is on the road all the time might be better served with a heavier car. Maybe you commute to work every day, or your work involves a lot of long-distance driving. Weight can give that added reliability and endurance to offset any potential accident damage. But you could make the same argument that those circumstances would benefit a lighter vehicle because of the offset fuel costs. The calculation any driver has to make is one that takes fuel efficiency and safety into consideration. Often that means balancing one against the other to find a happy medium.

No one could argue a lighter car is better than a heavier car or the opposite point, either. As with everything from the trim levels to the paint job, it’s a very personal and subjective choice based on your own wants and needs.