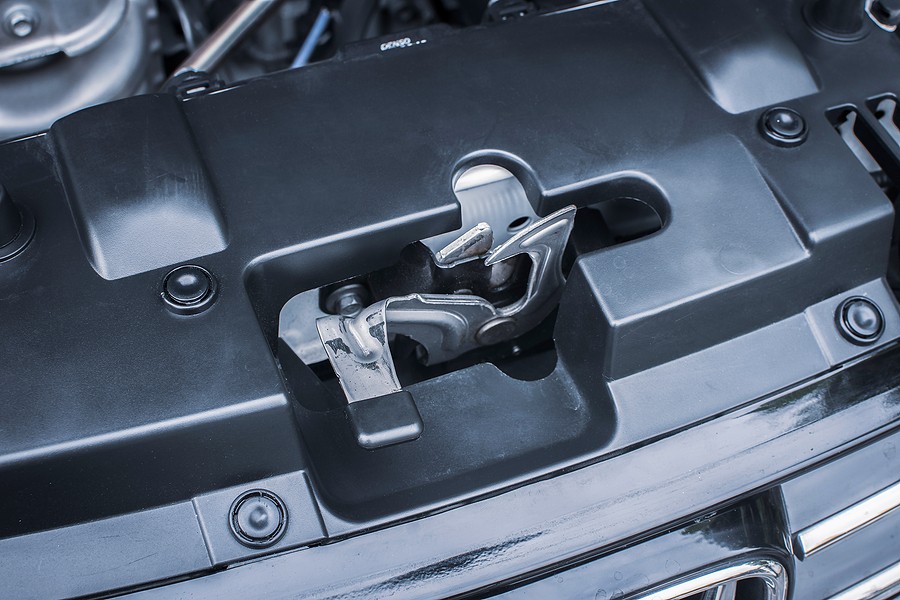 The average price for the hood latch replacement cost in most vehicles on the market is between $123 and $147, with the price of the labor between $48 and $61. As you can see, this process is relatively quick and often takes between 30 and 45 minutes at a local mechanic or auto body shop. Lastly, the total price of hte parts is between $47 and $86 on average.

The hood of your vehicle has to stay open to make sure that a mechanic or a driver can access the engine and the other internal components under the hood. The hood has to be secured and ensure that it does not close or open unintentionally during use. If the hood opened inconsistently, it can crash into the windshield and cause structural damage and higher hood latch replacement cost.

A cable typically operates the latch from the front of the car, operated by the mechanic or the driver to open the hood quickly and efficiently. The cable passes through the firewall and then connects to the back of the hood release and lever. By connecting the cable to the hood release, the latch can snap the spring closed and slide over the catch of the hood to prevent it from popping open unintentionally.

To get an idea of why you need to spend the hefty hood latch replacement cost, you need to know the sites you or a mechanic has to take to repair or completely replace this part in your car.

Sometimes, based on the model and make of your car, replacing the hood latch can be complex and require more billed hours and a higher labor cost.

Car owners may be wondering why they have to spend a pretty penny on the hood latch replacement cost, which is why every driver must know the importance of the hood watch in their car. It is really important to replace a damaged hood latch, since it can cause a dangerous driving condition if the hood is not secured properly.

If the hood cannot stay closed, it can bounce open while driving and lead to an unsafe and unsecured driving situation for the car and other cars on the road. Even if the hood is closed but inoperable, you still have to access the engine for regulated maintenance and other repair services.

For drivers to know why they have to pay the hood latch replacement cost, they should know the function and the process of releasing the hood and fixing the internal issues. If you ignore the structural concerns regarding the hood, it can pop open while driving and lead to safety concerns while on the road.

Use the Release Lever

Most car hoods open by first engaging release inside the vehicle. This release lever or button is usually located beneath the dashboard and to the left of the steering column for easy access by the driver. The first step is to pull the hood release, and the hood should lift a few inches while staying attached to the hood latch.

Once this step is done, exit the car, slip your hand underneath the hood, and disengage the hood latch. If you find the hood doesn’t move after you pull the release lever, you have an issue that can lead to a high hood latch replacement cost.

The step in releasing the hood involves two people working together with the hood, with one person pulling the hood release lever while the other person presses down on the hood to free up the hood latch and release the tension.

How to Open the Hood of a Vehicle

To get clear access to the hood latch of your car, you need to know how to open the hood of a vehicle to reduce the overall hood latch replacement cost.

When looking at the total hood latch replacement cost, you can expect to pay around $130 for this procedure. Although you don’t need this to keep driving your car safely, paying for this fix can help you keep the car hood closed and secured while driving down the road at high speeds!