Honda Civic vs Toyota Corolla: A Side By Side Comparison 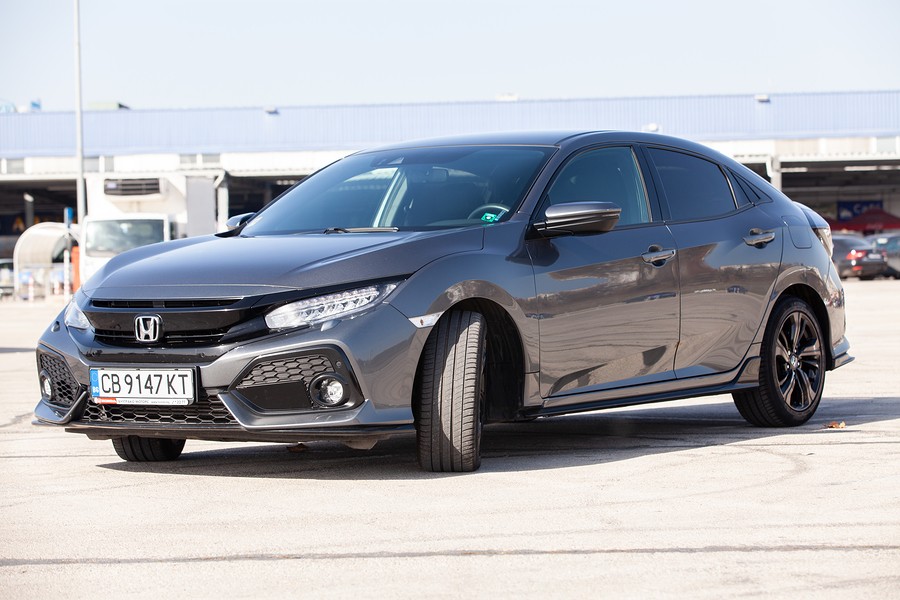 You are in the market for a new car and you want to make sure to get the best car in the class for which you are shopping. If you are looking for an economy car with a lot of safety features and a good reputation, you have probably considered getting either a Honda Civic or a Toyota Corolla.  Each of the vehicles offers a 2019 model. They are both popular cars with solid reputations and each comes with its own set of advantages and drawbacks. However, the Civic is considered the better car overall.

This popular Japanese car falls into both the mid-sized and compact categories. Once exclusively a motorcycle maker, Honda began manufacturing cars in the early 1960s.  The Civic has been around ever since July of 1972. It was considered a fuel-efficient and environmentally friendly car. In later years, the design would become sportier. The Civic gained popularity during the 1973 oil crisis because it got fantastic gas mileage.

In the ’80s the Honda introduced a five-door van style hatchback. It had a unique bread box design and a D series four-cylinder engine.

Today’s 10th generation Honda Civic goes from 0 to 60 in 7 seconds and has a 7-inch LCD screen positioned directly behind the steering wheel and in the driver's line of sight.

Toyota introduced the Corolla in October 1966. It also gained popularity during the oil crisis in the 1970s and was the top-selling compact car in 1974. By 1997 it had surpassed the Volkswagon Beatle in sales and it had become the best selling nameplate worldwide. It sold over 40 million cars by 2014.

There have been 12 generations of the popular automobile and it has seen many technological advances in its long history.

The car has changed designs many times. The design became rounder in the third generation and they also had retractable seatbelts.

The fourth generation of Corolla had a distinctive boxy look and was heavier and sturdier than prior models. There was a station wagon version of this model of car introduced in its fourth generation. It also added a new A-series engine.

The seventh generation of Corolla was much heavier and sturdier than previous models of the car. However, the engine was much lighter because it had an aluminum engine block and aluminum cylinders.

The Civic and the Corolla are similar in many ways. They have about the same fuel efficiency.

Honda Civics are about $1000 more than Toyota Corollas This is a bit high for a non-hybrid.  The Civic Type R starts out at around $35,000. They both have excellent safety ratings. Both cars are considered to be the very best vehicles to buy used.

No one ever buys either one of these cars as a leisure vehicle. Both vehicles are considered to be pragmatic and safe modes of transportation for budget-minded people who want a reliable way to get to work and back.

Motortrend Magazine said that in spite of the fact that the Corolla has been updated for 2020, it is still not as good a car as the Civic. MT said the Corolla’s engine was too loud and the car lacks trunk space. They thought the Corolla was unnecessarily expensive compared to the Civic as the basic Civic was comparable to the fully loaded Corolla.

MT tested both cars for fuel efficiency and discovered that the Corolla had a better fuel economy. It rated both cars equally well in terms of safety.

Auto Trader found the design of the Corolla to be sportier and sleeker than the Civic. However, they said the interior of the Civic has a more “energetic design with more storage than the Corolla.

A Side by Side Comparison

There are a few elements of each of these two compacts that you may want to look at side by side to get a better idea of which one is right for you.

Although it is certainly subjective, the Corolla is largely considered the better-looking car. With the exception of the snazzy Type R model offered by Honda, the Corolla is generally sportier looking.

The Toyota Corolla lags far behind the Civic when it comes to acceleration. The sedan offers a paltry 132 horsepower four-cylinder engine. The vehicle has a continuously variable transmission that does not have shift points and that can make acceleration seem less

engaging. The hatchback has slightly more horsepower than the sedan, but it still pales by comparison to the Civic.

The Civic is known for its cargo space and the latest basic model features  15.1 cubic feet of cargo space in its sedan model as opposed to the Corolla which has a mear 13 cubic feet.

The Civic Hatchback features 22.6 or 25.7 cubic feet of space behind the second row to the Corollas 17.8.

When you compare the 2020 Toyota Corolla SXE  to the Honda Civic Touring Model, you will find that both vehicles have Apple Car Play, but the Corolla does not have Andriod Auto which can be a problem if you are an Android user. They both have phone charges for Androids and Apples.

Professional automobile critics say that the Civic is fun to drive because it has a better driving lean and grips the road well.

The Corolla’s handling is considered sufficient, but nothing that is particularly special.

The body design of the Honda Civic gives it a higher safety rating than the Corolla.

The Corolla beat the Civic in a safety review conducted by the Insurance Institute for Highway Safety. Both cars got ratings of “good” in all most all categories. However, the Civic’s headlights received a “poor” rating.

The backup camera in the Corolla is considered superior to the one in the Civic. The Corolla gives you A full view and the Civic just allows you to see what is directly in the back of your car.

Neither car has a parking sensor. A parking sensor can alert a driver to obstacles that are around their car and this can help you to avoid hitting curbs, polls and even materials on the ground that can puncture tires.

Honda is known for using top quality materials in all of its cars and the Civic is no exception. All of the major touch points are made to last. The basic Corolla Model features hard plastic touchpoints. You may find that hard plastic chips easily and can give the car a cheap look.

The Civic is known for having more legroom than the Corolla. Both cars have heated seats in the front and the back. The Civic tends to have more trunk space in its sedans and the back seats are easier to lower in the hatchbacks.

Let’s face it, not everyone can afford a brand new car even if it is an economy car. Hence, it is helpful to know what year of Civic or Corolla is the right one for you.

If you listen to CarMD, the 2015 Corolla is one of the most reliable cars on the market. The 2008 model is considered by many to be the worst, in the Corollas long history. It only got 28 MPG in the city and 31 MPG on the highway which was less than it had been in previous years.

Toyota dealerships have put together a list of the average trade-in or resale value of the Corollas by their year.

Problems with the Corolla

Almost any car brand is going to have a few flaws. The Corolla is known for getting rust around the sunroof. The steering rack is known to click, which can mean the steering column is failing.  It is also prone to have problems with rattling and shaking.

When you test drive a Corolla, you will want to go on the highway at a speed of at least 70 MPH, if you hear a rattling, the car may have a broken plastic part inside the engine. If a handbrake is overtightened, you may experience a vibrating sensation when you are driving at high speeds. Most of these problems involve some fairly detailed mechanical work and are likely to require a professional mechanic.

The 2000 Honda Civic SI is considered to be the best model in its history. The model could get to 60 miles an hour in 7 seconds and the 1.6 liters B16A2 engine which generated 8000 rpm made it fun to drive.

The 2016 model is also considered a great option for a used Civic. It has a turbocharged engine and a great style and a luxurious interior for a compact gas efficient car.

The 2006 model is considered amongst the worst Honda Civic designs. The vehicle experienced some major problems such as engine blocks that were prone to cracks and improperly installed airbags. These were dangerous and costly problems.

The 2016 models were also considered weak. The car had a five-speed gearbox as opposed to the six-speed gearboxes found in most of its competitors.

The average cost of a used Honda Civic can run anywhere from $3000 to $21,000 for cars manufactured within the last 20 years. Cargurus has put together a chart of the prices that you can expect to pay for various models of the car.

Common Problems with the Civic

The Civic is known for having problems with the look and feel of its interior. Flaws such as peeling interior trim and broken window locks have been reported.

They are also known for having a faulty heating system and that can cost up to $200 to replace. Some Civics contained Takata airbags which were famously recalled for containing pieces of metal that often injured drivers and passengers when the bags deployed.

Where to Sell Your Old Car

If you are in the market for a new or used Civic or Corolla, you are probably wondering what to do with the old one. A dealership will offer you a trade-in amount, but most dealers will just tack the amount of money they gave you for your old car right onto the cost of the new car.

If you have lost your car to an accident, you may be able to recover money from an insurance company. Insurance companies have their own method of evaluating a car’s value, so make sure to explore all of your options before taking their offer.

Cash Cars Buyers will give you top dollar for your car. We will tow the vehicle for free and pay you in cash. All you have to do is fill out our online form. We will then call you back and make you an offer. It is the fastest easiest way to get rid of your old clunker. Click below to get started.

PrevPreviousWindshield Chip Repair – Should I Do It Myself Or Have It Repaired?
NextCar Alarm Keeps Going Off: What You Can Do To Fix ItNext