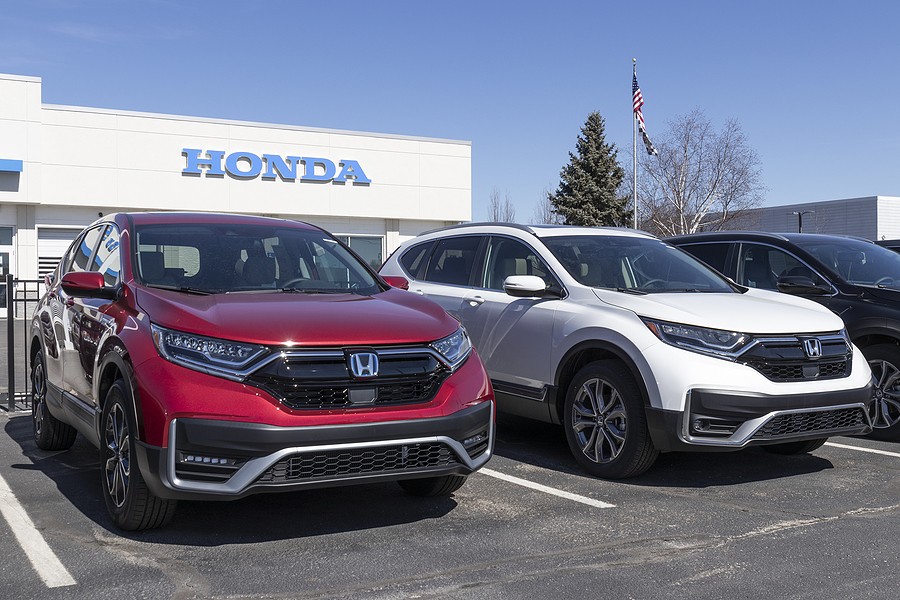 Honda vehicles like the Honda Civic Turbo (hatchback), Honda Civic Si, Acura CDX, Honda CR-V, and Honda Accord have been equipped with a 1.5 Turbo engine. The 1.5 turbo engine of Honda can provide an exhilarating ride but promises to still keep all the fuel economy benefits of a small engine. It is an engine that can give power but with a great fuel economy. But as great as it sounds, it is not perfect. There have been several Honda 1.5 turbo problems that are reported by its users. Honda 1.5 turbo problems such as oil dissolution that causes the vehicle to stall or go into limp mode, carbon build ups, engine not warming up properly, and a lot more.

As mentioned earlier, the Honda 1.5 turbo engine aims to provide more power to lightweight cars without sacrificing its fuel economy. It utilizes a single turbo and direct injection to get power out of the small engines. It is a pretty revolutionary approach since small engines are fuel efficient but compared to the larger engines, they don’t have much power nor torque. But the Honda 1.5 turbo engine defies that rule by making sure that it can still give power and an enjoyable ride with the benefits of a great fuel economy.

Oil dissolution is the most common issue among all Honda 1.5 turbo problems. There have been so many reports and complaints about this problem that Honda acknowledged it by conducting a free product update and extending the warranties on its certain components.

The affected vehicles have gasoline seep into their engine oil. Users of these vehicles have reported that they have smelled raw fuel in both inside the cabin and outside the vehicle. The oils in the engine are said to be diluted caused by some software settings or potential hardware failures. It has been said that the Honda 1.5 turbo problems are mostly encountered in places where there’s extreme cold weather but there were also reports that they too have encountered the same problems during summer months and in warm-weather states such as Texas and California.

The oil dissolution problem has been caused by excess fuel that hasn't been able to vaporize in the combustion chamber. This causes the oil’s lubricity to dilute that can cause a lot of issues and can potentially harm the engine. Although fuel dilution usually happens on most engines, the Honda 1.5 turbo experiences too much oil dilution than other cars.

This Honda 1.5 turbo problem causes vehicle stalling, misfires, power loss, limp mode and limiting it to a maximum speed of 20 mph . It can also compromise the engine’s long-term reliability. When there’s too much fuel in the oil, it can affect the oil's ability to properly lubricate the engine’s moving parts that can result in increased stress and wear on the internals of the engine.

Honda investigated the problem and was able to develop a solution. They provided an update to the affected Civic and CR-V models and offered vehicle enhancements to the customers free of charge. The fix included a free product update as well as an oil change and various air conditioning control unit replacements. They also extended the warranty making it six years from the time of purchase, with no mileage limits. The warranty applies on certain components such as the camshaft, rocker-arm assemblies, and spark plugs.

These measures are made to address potential over-dilution of oil in these vehicles which is known to usually occur when the vehicles are driven short distances in extreme cold temperatures. The owners of the affected vehicles residing in the cold-weather states have been notified to bring their vehicles to dealers for the free repairs and software update.

The free update includes changes in the transmission and engine software that lets the engine warm up faster. This reduces the possibility of the fuel that has not evaporated collecting in the engine oil early in the drive cycle. This was made possible by modifying the vehicle’s  ignition timing, CVT control, and air-conditioning operations to help the engine warm up faster and keep the heat.

To avoid over-dilution of oil with fuel, you need to follow the scheduled oil change set by your vehicle’s manufacturer. You also need to avoid excessive idling and always allow your engine to warm up before you use too much power. This is because dilutions usually happen when your fuel is cold since the fuel is likely to stick to cold cylinder walls. The same could happen when you idle for too long since the internal parts of the engine cools down at a faster rate.

One of the Honda 1.5 turbo problems that has been reported by a number of Honda users is the heating issues. They reported that they are having troubles keeping their cabins warm even in unexceptionally cold temperatures.

According to the reports, owners of certain Honda vehicles equipped with the 1.5-liter turbo four-cylinder engines are struggling to keep their engines warm and  have experienced an apparent lack of cabin heat. Honda acknowledged the issue and issued recalls for certain models in the United States and Canada. They offered free software updates, oil change, and climate control unit replacements on some vehicles to fix the heating issues.

However, there are still some reports and complaints that the updates and repairs did not fix the heating issues at all. Some tried to contact Honda to let them know of the problem but Honda reportedly just gave them tips on how to keep the temperatures up and the heat on. The tips include keeping the heat turned down, try not to start and stop while driving, and not using the Eco driving mode. Honda believed that they have done all that they could by issuing the recalls and fixing the affected components.

Carbon build up is also one of the Honda 1.5 turbo problems. Carbon build ups on the intake valves of direct injected engines is a common occurrence and it is one of the cons of direct injected engines. This is because there is no fuel flowing through the intake valves since the fuel is sprayed directly into the cylinder. For this reason, detergent and other cleaning agents added to fuel are unable to clean the port and valve like they’re supposed to. As your vehicle ages or as it adds more miles, fuel being injected directly into the engine can lead carbons to accumulate. The level of the carbon build up depends on how good the Honda 1.5 Turbo manages and reduces oil blowbies stuck on the ports and valves.

Symptoms of carbon build ups include misfires, rough idle, stuttering, and power loss. This happens because the build ups can harden and limit the flow of air into the Honda 1.5 turbo engine. Excessive carbon deposits can cause these drive-ability problems.

Walnut blasting is usually done to fix this problem. It involves cleaning the engine’s intake manifold and valves with a high pressure air blast of finely crushed walnut shells which is a biodegradable abrasive. Although the symptoms of the carbon build ups are not really that life-threatening or something that requires immediate attention, it is always a good practice to clean the intake valves to maintain the car’s driveability.

This problem is somehow connected to the problems that are mentioned above like oil dilution and problems with keeping the engine warm. When the engine is cold, it can also affect the spark plug and its performance. The spark plugs need to be warm to work properly since a cold spark plug also tends to develop build ups. When this happens, the spark plug’s ability to properly ignite the air-fuel mixture in the cylinder will be affected. Turbo engines are also known for burning through spark plugs a lot faster than the  naturally aspirated engines.

Symptoms of spark plug problems are similar to the symptoms of a carbon build up. If the spark plug is failing, it won’t be able to produce a spark big enough to ignite the air-fuel mixture which can result in your cylinder to misfire. This can lead to other issues like rough idle, power loss, and stuttering.

Fortunately, spark plugs are not that hard to find and they are inexpensive to replace. Make sure that you check your spark plugs for build ups and replace them when needed.

Some of the Honda 1.5 turbo problems have been reported on several news outlets and car websites. Although the problems have been corrected by Honda, there are still some people who are having doubts about owning vehicles with turbocharged engines, especially the ones made by Honda.. Many are asking how long do these kinds of engines last?

A turbocharger makes it possible for a small engine to provide extra power when needed. It is a power-boosting device that is attached to the exhaust manifold of the vehicle making the engine more complex which can mean that there will be more possibility that something could go wrong. The engine’s complexity also makes turbocharged engines more sensitive to poor maintenance.

With proper care and maintenance, turbo engines can last the lifetime of the vehicle. It can last for 150,000 miles or more depending on how well you maintained it. But just like any other parts of a vehicle, it is also possible for these engines to wear out before hitting the 100,000 mileage.

If the turbo engine is failing or is showing signs of a failing one, it is important to address the issue as soon as possible. There might be some particles from the turbocharger that could go into the engine and damage it. The particles can also enter the catalytic converter which can clog it. If you have a failing turbocharger and the problems become too severe, a replacement might be needed to fix it.

Despite all the Honda 1.5 turbo problems, Honda still manages to get above average remarks for its reliability. After all the problems and mishaps of the turbo 1.5, Honda confirmed that they will be updating their turbo engines before going on sale. They are also set on bouncing back and provide reliable vehicles equipped with 1.5 turbo engines.

The 1.5 turbo engines are reliable but for those people who are not used to this kind of engine, keep in mind that the maintenance of the turbo engines can be more demanding. It might also be harder on parts that are subjected to wear and tear like the spark plugs and ignition coil.  Make sure that you will follow the manufacturer’s recommended maintenance and service schedule to be able to enjoy it and use it longer.

Honda 1.5 turbo problems might have caused quite a sensation years ago, but Honda managed to take care of it and address the problems. They also have extended the warranty of the affected units with no mileage limit. Just follow all their recommended schedule and have your unit checked when a problem appears and you will enjoy your Honda without the 1.5 turbo problems.