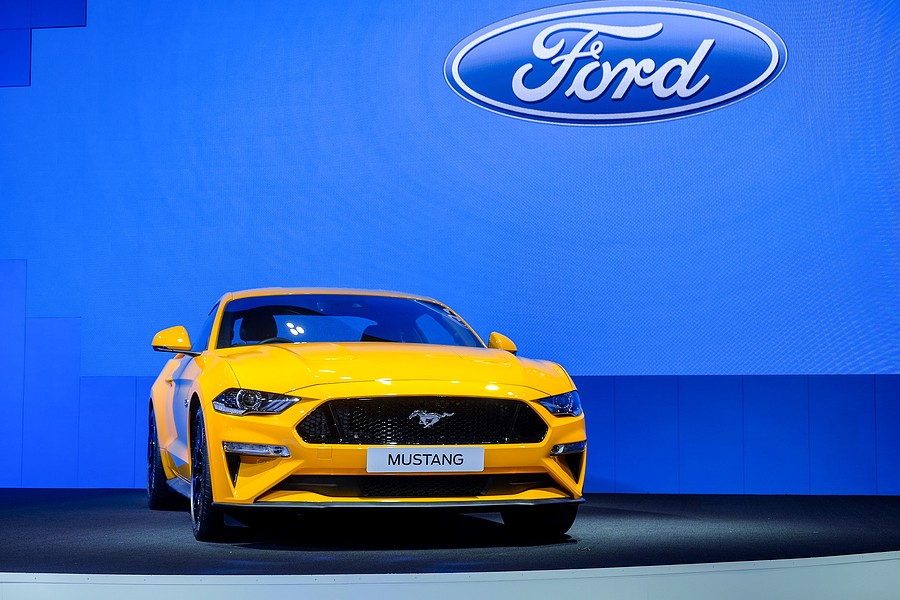 Ford EcoBoost Turbo Problems have been an anticipated concern since Ford started equipping their F-150 with a 3.5 EcoBoost engine. The rumors have started to make anyone wonder if the Ford EcoBoost will actually be unreliable. With about 435,000 3.5L EcoBoost engines hitting the roads today, the common issues have already been noted. With many of these engines out of warranty most Ecoboost owners are now heading to service centers with timing chain wear, condensation found in the intercooler, issues with the timing, vacuum and ignition issues among others. Let us discuss more about the Ford EcoBoost and their issues in this article.

Ford is said to be an acronym for “Found On Road Dead,” according to an old joke. The joke was based on the fact that Ford trucks couldn't keep up with Dodge and Chevy when it came to reliability. But Ford continues to be a household name with its EcoBoost turbocharged engines.

Ford had the 1.0L Ecoboost, which was also an-award winning 3-cylinder turbocharged petrol direct injected engine. It is the smallest of the EcoBoost range. The 1 litre Ecoboost engine first appeared on Focus and C-Max models in 2012. It was praised because it outperformed a standard 1.6 litre petrol engine in terms of power and output.

Downsizing with an engine that boasted ultra-low friction, high performance, and a long-lasting design proved popular, and Ford began to offer this engine as an option for a wider range of vehicles, like B-MAX, C-MAX, Ecosport, Fiesta, Focus, Mondeo, Transit Connect, Transit Courier and Transit Custom.

Ford's 2.0L EcoBoost is a turbocharged, inline-4 cylinder direct injection gas engine that debuted in 2010. The engine, which produces 200-252hp and 221-270lb-ft of torque, blends moderate power with excellent fuel efficiency. Since its introduction, the 2.0 EcoBoost has been used in a variety of Ford, Volvo, Land Rover, and Lincoln models.

The 2.0 EB is based on a Mazda L-series 2.0L engine block. The EcoBoost, on the other hand, has different heads, a different fuel injection mechanism, and twin-independent variable cam timing (Ti-VCT). The 2.0 EcoBoost received a major upgrade in 2015.

In 2015, Ford gave the 2.0 a big makeover in order to improve performance and fuel consumption. The true explanation for the new engine is that the Ford/Mazda relationship ended, forcing Ford to develop its own 2.0 EB engine.

A new aluminum block, a new cylinder head with an integrated exhaust manifold, and a twin-scroll turbocharger were all added to the 2nd Gen version. In addition, the BorgWarner twin-scroll turbo has an active wastegate. The fuel system and oil cooling system were upgraded in addition to the higher compression ratio. The end result was improved gas mileage and increased low-end torque, resulting in a more efficient vehicle.

Here are the Ford EcoBoost Turbo Problems for the 2.0 EcoBoost

When an exhaust manifold cracks and air seeps out of the crack instead of flowing out of the exhaust then it becomes unhealthy for the environment, not to mention also causes drivability issues. With the absence of back-pressure for turbocharges to operate efficiently the turbo has to work extra hard to still be able to come up with normal power levels. Driving with a broken manifold is a quick way to blow the turbocharger, obliging you of a very costly repair.

Signs of a cracked exhaust manifold include whistling, whining, or chirping noise coming from the engine poor performance, excessive boost or psi from the turbo, exhaust fume smells inside the car and lack of acceleration.

The turbo control solenoid or valve, also called boost solenoid, controls boost. When the boost solenoid goes bad the turbo can either produce too much or not enough boost compared to the amount of pressure you are putting on the accelerator pedal.

Boost solenoids naturally wear over time as they are electrical in nature and can go bad from corroding wires, dirt building up, water, and various other natural wear and tear causes. But solenoids tend to last around 10yrs or so, for other cars and on the 2.0 EcoBoost they are known to fail half that time or around the 50k-80k miles.

A high-pressure and a low-pressure fuel pump are used in direct injection fuel systems. Since direct injection systems distribute fuel at nearly 30,000psi, it would be incredibly difficult for a single pump to grab fuel from the gas tank and send it all the way to the injectors while maintaining these pressure levels.

As a result, a low-pressure fuel pump is used to alleviate the HPFP's tension and demand. Gas is drawn from the gas tank and sent to the high-pressure pump by the low-pressure pump. The fuel filter in the 2.0 EcoBoost's gas tank can become clogged, causing the LPFP to overwork itself in order to pull enough fuel from the tank to submit to the HPFP.

It's also worth remembering that the high-pressure fuel pump will break down. Since the HPFP works at such high pressures, this is fairly common on any direct injection engine. On the inside of the HPFP is an impeller that creates pressure and pumps gas into the injector. This impeller has the potential to split or weaken, resulting in low fuel pressures.

The effects of an EcoBoost LPFP or HPFP failure are the same, but a bad HPFP will produce low fuel pressure, while a bad LPFP will cause the HPFP to deliver insufficient fuel. Engine misfires, lean air-to-fuel ratios, lack of acceleration, rough idling, and the check engine light are all common symptoms.

The 2.0 EB, like all direct injection engines, suffers from carbon build-up. Fuel injectors carry the fuel directly to the cylinders in DI engines. The fuel is supplied to the intake manifold on port injection engines, where it is then delivered to the cylinders. As fuel is delivered through the intake manifold, it is highly pressurized, which aids in keeping the engine cool.

Direct injection, on the other hand, eliminates the need for intake valves since the fuel is fully bypassed. Carbon deposits accumulate within the intake valves over time, restricting air flow to the cylinders. Air-to-fuel ratios may be affected as the engine receives less air, overall efficiency may suffer, and the 2.0 will lose power and feel sluggish. Misfires are usually the first symptom to occur.

The 2.0 EcoBoost engine is a solid performer. In general, there aren't many common issues, and the internals and main engine components last a long time. These engines should be able to travel 150,000 miles with ease. However, if you exceed these mileages, you can prepare to have to replace different engine material components.

With their attempt to step it up in 2017, Ford replaced the first-generation EcoBoost engine with a second-generation version, which was mounted in the F-150, Expedition, and Navigator.

New and improved turbochargers, as well as multi-port fuel injection ports that operated in tandem with direct injection, were the most noticeable improvements in this new iteration of the engine. But even now, when the F-150 is the best-selling truck in America, many people are still unimpressed with F-series trucks. And some EcoBoost issues are not helping with this. So what are these common Ford EcoBoost Turbo problems?

For the 2011 models with the 3.5 EcoBoost, there have been at least nine updates to adjust calibrations and operation software to fix issues with the vacuum, ignition, and shifting. Be in check of the PCM for the newest calibration if your truck experiences lack of power or stall.

After an extended drive at highway speeds in high humidity or damp conditions, some 2011-2012 F-150 models equipped with a 3.5L EcoBoost V6 engine can exhibit an occasional stumble and/or misfire on hard acceleration. Condensation trapped in the intercooler is the source of one of the Ford EcoBoost turbo problems such as this.

The engine should have been above 2500 rpm with a 100 percent load according to the freeze frame data for the misfire. In order to avoid this issue, Ford modified some models with a new intercooler. TSB 13-8-1 contains all of the pertinent information. As part of the process, Ford also suggests upgrading the PCM to the most recent calibrations.

Drill a 1/16” hole in the bottom of the intercooler to remove the condensation and even oil, according to one online solution. But this fix has the potential to cause another problem, which is a device leak.

The oil is under a lot of tension because the 3.5L EcoBoost is turbocharged. If the driver exceeds the recommended oil change time, the timing chain is normally the first to display signs of abuse. Oil that has worn out will cause damage to the chain, guides, and tensioner. The PCM senses changes in camshaft position as the chain is worn and stretched, and sets code P0016 for crankshaft/camshaft correlation.

If you experience one of the Ford EcoBoost turbo problems which has something to do with the ignition, remove the plugs and coil boots and check for carbon tracks on the insulator of the plugs if you have a 3.5L EcoBoost in your shop with misfire code(s) P0300-0306. Remove all plugs and boots if there is any monitoring. For more detail, see TSB 14-0180.

Carbon build-up on the intake valves hasn't been a problem for the 3.5L. However, some do-it-yourselfers will insert induction cleaners into the intake. These cleaners can harm the bearings, seals, and turbines in turbochargers. Using high-quality gasoline is the right recommendation. Ford has also introduced new PCV components and PCM calibrations in order to reduce the amount of crankcase vapor ingested into the vehicle. For more detail, see TSB 15-0003.

During removal, make sure no parts of the valve cover locking mechanism fall into the open valve cover port. Remove the adapter from the valve cover by rotating it counterclockwise. To stop the leak, Ford has released a redesigned valve cover adapter (P/N HL2Z-6762-A)

Despite all the Ford EcoBoost Turbo problems the Ford F-150 remains a best-selling truck in the United States. The EcoBoost engine is used in the majority of F-150 trims, which is one of the reasons both new and used models sell quickly. MotorBiscuit reports that although the engine isn't flawless, and some drivers have complained about issues, the majority of drivers are satisfied with its efficiency. It's safe to assume that the EcoBoost engine is reliable based on the amount of recorded problems versus the sheer number of F-150s on the road.

Consumer Reports has compiled a list of potential issues for 2020 Ford F-150 drivers. Although the reporting agency noted that the tires were rapidly losing pressure and needed to be replaced, that the battery cables were causing stalling problems, and that the front seat assemblies were temperamental, there was no mention of the engine. In reality, when it comes to engine dependability there have been very few issues over the course of 9 years.

Overcoming the Ford EcoBoost turbo problem, the most attractive trait about Ford’s EcoBoost engine is its significant low fuel consumption. This is particularly important for drivers who need a full-size truck but do much of their driving in the city. The EcoBoost engine not only handles start/stop driving well, but it also does so without consuming an entire tank of gas every day.

Another big selling point is the EcoBoost engine's efficiency. Farmers and other drivers who needed to haul a load in the past thought they needed at least a 3/4 ton pickup. Individuals who haul to horse shows, tow loads of hay, drive moderately sized equipment trailers, or haul snowmobiles during the winter months can appreciate the increased towing capability the EcoBoost offers the F-150.

If you're looking for a vehicle that's fun to drive, won't break the bank, and has a high level of reliability, then the F-150s with the EcoBoost engine are a good choice.