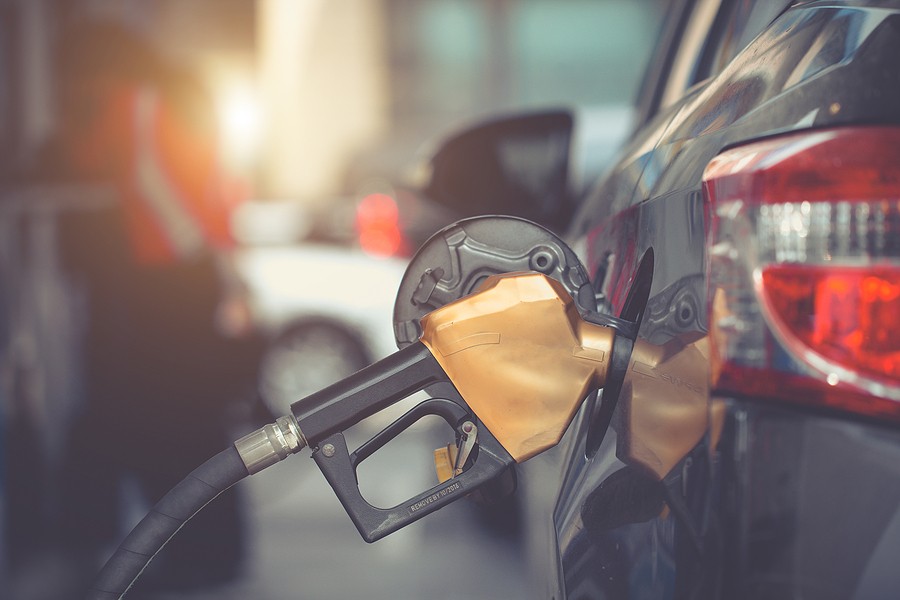 Part of the vehicle’s engine system that holds the flammable fluid is the gasoline tank. You would usually know if your vehicle is running empty when you see the fuel light turned on. Some would rush to the nearest gasoline station and fill up when they see the indicator light, others tend to procrastinate and would still go for a few miles before filling up. While these drivers still managed to drive and go to their destinations even with the fuel light on, driving on a low fuel or empty tank can be harmful to your car and can sometimes be the reason for a crash. Learning about your vehicle’s gasoline tank capacity will help you understand how it works and how to care for it to prevent any damages from happening. Knowing it also helps you compute the vehicle’s gas mileage as you prepare for a trip or maybe as you make a decision which car to choose and purchase.

What is the standard gasoline tank capacity?

Have you ever filled up your empty gasoline tank and it seemed like it went way above the rated gasoline tank capacity? At some point, you might have thought that the pump was broken and you have been overcharged but you are not really sure about it so you did not complain. There is an explanation to that and fortunately, you are not scammed.

The vehicle’s gasoline tank capacity rating is just a rough estimate and it can vary for about three percent from the actual tank capacity. This is because of the differences of the car type, the design, the construction process, the engine displacement, power, the vehicle’s weight, and even the electronics of the fuel system and indicators. Car manufacturers design the gasoline tank a bit bigger than the estimated gasoline tank capacity rating to make an extra space which is about 10 to 15 percent of the nominal capacity. This is done to keep the VOC or volatile organic compounds from leaking since the gas volume expands when the air temperature rises. The vapor head space is necessary because if the volume expands and there is no space available, it can apply pressure on the tank which could damage the engine.

When you fill up your gasoline tank, there are some things you need to consider when you compute the amount of gasoline you put into it before concluding that you have been scammed because your vehicle took up more gasoline than its tank capacity. The vapor head space that has been mentioned above is located in the uppermost part of the tank and it is not included in the rated gasoline tank capacity and so is the volume of the filler pipe where the fuel enters the car. When you fill the tank even after the pump’s automatic shut off point, it allows the gasoline to fill in the vapor headspace and the filler pipe. The surrounding area of the gas station and where your vehicle is located or parked when you fill up your gas also plays a role in the amount of fuel your tank fills in. The surface where your vehicle is parked might be uneven or slanted and the gasoline might shift into the headspace making room for more gas than the given tank capacity rating.

There are also times when the driver thinks that the fuel indicator gauge indicates a particular level or is representing a corresponding fraction of the fuel tank capacity. For example, your vehicle’s rated gasoline tank capacity is around 20 gallons and your fuel gauge indicates that your gas is still half full. One will generally assume that your vehicle has 10 gallons of fuel left in your tank and you proceed to fill up 10 gallons more to make it full. But when it took more than 10 gallons of fuel to fill the tank up, one would wonder how it could be possible. Here’s the explanation. Car manufacturers consider a number of factors in designing and making the fuel indicators. They design the fuel system with gauges, audible signals, lights, and other indicators to make sure that the drivers have early warnings when their vehicles are running empty or the fuel levels are low. It would be a problem if the indicator light only illuminates the moment the tank turns empty. Car manufacturers have the safety of the drivers in mind in designing the indicator lights. They know some would procrastinate and they also consider the availability of fuel stations as you drive. This leads them to make fuel tanks with spare fuel of about ten percent of the capacity that allows you to keep driving until you reach the nearest gasoline station.

You also have to keep in mind that the fuel indicator gauge could change when your fuel level shifts. This happens when you are parked or driving on an uneven surface, climbing a hill, or driving around a curve. This temporary change in the fuel’s position can lead to a shift of the gauge needle or the low fuel indicator light to illuminate.

How can you check your vehicle’s gasoline tank capacity?

There are lots of reasons why many people want to know their gasoline tank capacity. It could be for a road trip preparation or maybe they just want to manage their expenses. Whatever the reason is, checking it can be done in simple ways.

One way to know your gasoline tank capacity is by checking the owner’s manual of your vehicle. It usually has all the necessary details about your vehicle. Another thing you can do to check the tank capacity is by measuring it. You will have to get under your car and physically check it. Using a tape measure or other measuring tool, measure your gasoline tank’s height, width, and length. When you get the exact numbers, go can proceed to click here to get your gasoline tank capacity. Make sure that you enter the correct data on each corresponding field to get the right computation. If you have driven your car until the tank goes empty, you can also know its capacity by taking note and seeing how much fuel it takes to fill it up.

Can you overfill your gasoline tank capacity?

The vehicles’ gasoline tank is bigger than the rated capacity. Technically, you can overfill it but it is not recommended. Overfilled fuel tanks can overflow when the volume expands as the internal temperature rises since the room for the air has already been taken up. This can lead to a damaged engine since it applies pressure on the fuel tank. Overfilling also takes up a space in your tank called the spare capacity expansion, which leads to a leak or overflow when your vehicle is parked on a slanted surface. That is why car manufacturers recommend that you fill your tank up just until the pump’s automatic shut off point and to not try to top it off especially the ones who are living in regions that have high temperatures where fuel leaks caused by expansions usually happen.

How far can you drive with the fuel light turned on?

You have probably checked your gasoline tank capacity and know that you can still continue to run for a while even if your fuel indicator light is on. Now the question is, how far can you drive with the fuel light turned on?

When your fuel indicator light flickers, you usually still have about one gallon or 3.8 liters of reserve fuel. Thanks to the car manufacturers initiative, there will still be some fuel left after the “empty” line and this can give you enough time to get to the nearest gas station. This is also done since a totally empty tank can also cause damage to some car parts.  For this reason, it is important that you fill your tank up as soon as possible when you notice that the fuel light is turned on. If you still go on and risk emptying your tank, the sediments might spread into the system and this will create more friction and it will overheat. Overheating can also happen to newer cars that have electric fuel pumps when their fuel level is low. It is because the fuel is also used to cool the fuel pump as it operates. So if your vehicle’s fuel level is low and the temperature outside is hot, your fuel pump will wear out quickly. Cold weather can also become a problem if your fuel is running low since the air inside your fuel tank can create condensation that can contaminate your fuel with moisture.

You also have to keep in mind that the mileage of your vehicle for each gallon of fuel varies. You have to consider the other variables such as the car model, make, its age, the passenger or cargo load, the driving habits, terrain, and the car accessories used such as the air conditioning and radio that can affect the fuel consumption. You can never be too sure how far you can drive with the fuel light on.

Do I need to keep my gasoline tank full?

Some car manufacturers are recommending that the drivers or car owners should maintain a minimum fuel level. They know that running on an empty tank has some adverse effects on your vehicle’s fuel system. While many of us only fill our tanks when necessary, there are also some people who fill their tanks full and keeping it that way has its fair share of benefits.

One of the benefits of maintaining a full tank is a better gas mileage. If your tank has more air than fuel, it can increase fuel evaporation making your car less efficient. It can also give you peace of mind while you travel knowing that you will be safe and won’t be stranded somewhere. You can also prevent some mechanical problems from happening when you maintain a full tank. Some of the problems that you may encounter with a low-level fuel are overheating, worn out fuel pumps, clogged fuel injectors, and fuel contaminations. Although you will be paying more for keeping the tank full, you will be spending less for repairs and labors. Keeping it full not only saves you a lot of unnecessary expenses, it can also save you a lot of time since frequent trips to gasoline stations can be bothersome and time-consuming.

As the gasoline price keeps increasing, knowing about your gasoline tank capacity will be beneficial as you manage your gas expenses.  It also allows you to be more aware of your vehicle’s needs. I hope that through this article, the myths and hearsays about the gasoline tank, its capacity, and the fuel light indication will be debunked and forgotten.