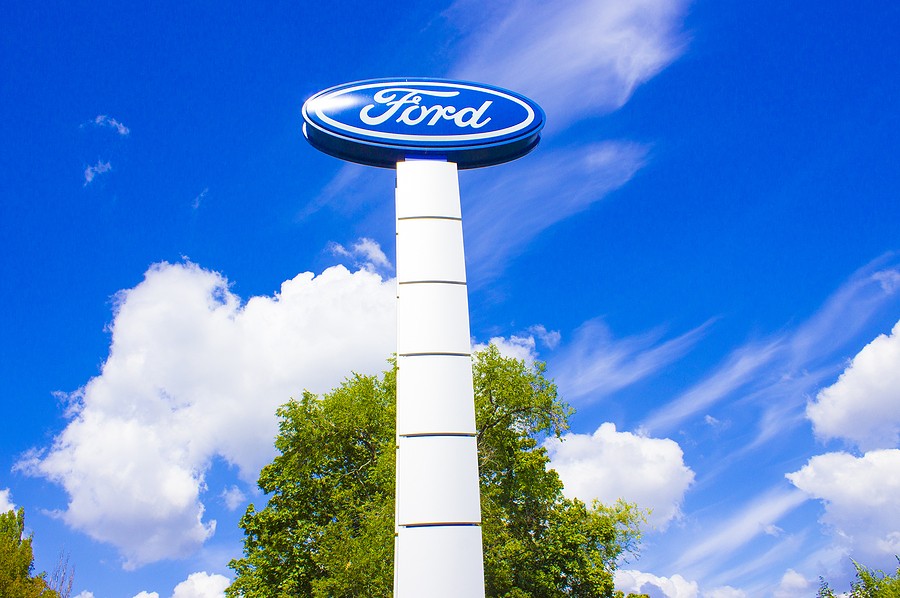 The Ford Fusion is a four-door, five-passenger midsize sedan that has been conceptualized, produced, and manufactured by the Ford Motor Company since the 2006 model year. Despite the high Ford fusion engine replacement cost, this model’s popularity and high-performance nature have made it a big seller over the production years. The average engine replacement cost for the Ford Fusion is between $2,500 and $4,000.

Production of the first Fusion generation began in mid-2005, with the fusion replacing the Mondeo in the Latin American markets. Positioned between the Focus and the Taurus in the model lineup, the Fusion comes in either an FF or F4 layout.

In the first generation of the Ford Fusion, two engine types in the 2006-2012 model years. One of the main engines is the 2.3-liter Duratec 23 engine, a mechanism capable of producing 160 horsepower and 155 pounds-per-foot of torque while displacing 138 cubic inches. The second type of Ford Fusion is the 3.0-liter Duratec 30 V6 engine, which produced 205 pounds per foot of torque and 221 horsepower.

In the second generation of the Ford Fusion, many more engine types were available to choose from on the market. One of the main engine models was the Duratec 25 l4 that produces 175 horsepower and 175 pounds-per-foot of torque, earning 25 miles per gallon combined.

The final two kinds of engine types in the second generation of Ford Fusion is the Duratec 20 l4 and the 2.7-liter Ecoboost turbocharged V6 engine. Although some of these engine types can have a higher Ford Fusion engine replacement cost than other choices, the favorable horsepower and torque ratings make these high-performance options.

To understand why there is a reputation for the Ford Fusion engine replacement cost being expensive, owners need to know the other most common problems in this type of car.

First, there are many reports of harsh or delayed shifting in the automatic transmission. Between the model years 2006 and 2018, an inordinate number of Fusion vehicles were affected by erratic shifting, jerking, or slipping gears while driving at high speeds. Other owners reported the car shifting gears much later than originally intended, causing dangerous situations on the road.

Secondly, swollen lug nuts are common in many Ford cars produced after the 2010 model year. The steel lug nuts with aluminum caps are susceptible to excessive swelling due to wear and tear, stress, high temperatures, or excessive torque when tightened or loosened.

In this case, Ford Fusion owners are highly susceptible to flat tires due to the lug nuts not fitting the tires correctly. In August of 2017, millions of Fusion owners filed a class-action lawsuit that dealt with the lug nut swelling that led to breaking down on the side of the road.

As you could assume, the high Ford Fusion engine replacement cost is directly related to reliability and safety concerns in the Fusion engine. Owners report sudden deceleration, unintended acceleration, and loss of power while driving. These problems are especially in the model years after 2010, with 2010-2014 being the most problematic.

On average, the onset of these engine concerns starts just below 80,000 miles, with owners finding that the throttle body is most often the cause of the concerns.

Despite the popularity of the Ford Fusion, the high Ford Fusion engine replacement cost in some model years makes this an unfavorable and unsmart decision for new car owners. The worst model years of the fusion in terms of replacement prices, the onset of problems, and the lack of reliability are the 2010-2014 years.

The 2010 Fusion had extremely serious engine problems, with the high Ford Fusion engine replacement cost resulting from reliability and safety concerns. The top owners’ issues in the 2010 Fusion include the sudden deceleration, loss of power, stalling, engine running roughly, check engine light on the dashboard, and the engine shut off without warning.

The sudden deceleration and loss of power in the 2010 Fusion can typically be repaired by the owner paying around $380 to replace the throttle body or replace the ignition coil at around 77,000 miles. To prevent paying a hefty Ford Fusion engine replacement cost, owners need to replace smaller electrical components before the problems worsen.

It is important to consider the main reason why your spark plugs need to be cleaned. If you notice that the spark plug is dirty, it is often best to replace the old and dirty spark plugs. However, if you want to know how to clean a spark plug, this can keep your car running until you get the necessary replacements.

Owners need to repair the engine stalling in order to prevent any safety concerns and issues while driving at high speeds down the road. The most common solution for engine stalling is to replace the spark plugs or replace the throttle part at around 95,000 miles and costing owners around $390.

The 2011 Fusion model year’s main engine concerns include the car losing power, the engine stalling and cutting out while driving, the throttle body failure, the car running rough, and unintended acceleration. Owners have to pay around $630 to replace the throttle body and perform an oil change at around 71,000 miles.

The throttle body is critical to your air intake system’s longevity and the airflow within your vehicle. In modern cars, the throttle body controls the air flow to the engine to run properly.

The amount of air allowed in the engine depends on how much you press the gas pedal to accelerate your vehicle. The pressure on the pedal tells the engine how much air must flow to run the car. The throttle position sensor receives this signal from the pedal pressed down, relaying this data to the car’s engine control unit.

If you find the engine control unit and the acceleration in your car is not up to par, then your throttle body is at fault. To fix this problem and save yourself thousands on the Ford Fusion engine replacement cost, purchase a reliable throttle body cleaner. You need a fluid that quickly dissolves when the fuel is added to the engine. In addition, you need to use a specific type of fluid that will clean the debris and contaminants in the throttle body.

The 2012 Ford Fusion has many concerning problems in various categories, such as the steering system, transmission, interior accessories, and the engine. Although power steering problems are one of the most severe issues, the engine problems in the 2012 model have led to a high Ford Fusion engine replacement cost.

The most common 2012 engine concerns focus on throttle body failure, loss of power while driving, wrench light on, engine knocking, coolant leaking into the engine, and the car dying while driving.

Although the 2013 Ford Fusion seems to have fixed the recurring power steering failure issue, owners still reported vehicle failure very early – like below 100k miles. The high Ford Fusion engine replacement cost deterred some potential car owners from buying this model year along with the lack of reliability.

The most common engine concerns are the engine stalling and dying while driving, engine fires, loss of acceleration, check engine light coming on during use, hesitating on startup, unintended acceleration, and engine clicking.

The Ford Fusion has many negatives, like the Ford Fusion engine replacement cost, but also has some redeeming factors that make this one of the best midsize cars on the market today. The Ford Fusion pros include the large trunk, spacious passenger seats, user-friendly infotainment system, and agile handling.

The Ford Fusion’s negatives feature the lackluster engine, reduced acceleration and horsepower, low safety score for the class, and reduced infotainment features. When weighing the pros and cons of the Ford Fusion, this car model earned the #4 ranking in the 2019 Affordable Midsize Cars category.

As you can see, the high Ford Fusion engine replacement cost has not drastically affected the safety scores, reliability, and popularity of this car model. Despite a high replacement cost in the 2010-2014 model years, owners and experts alike still consider the Fusion to be one of the best-selling and affordable midsize cars on the market today.