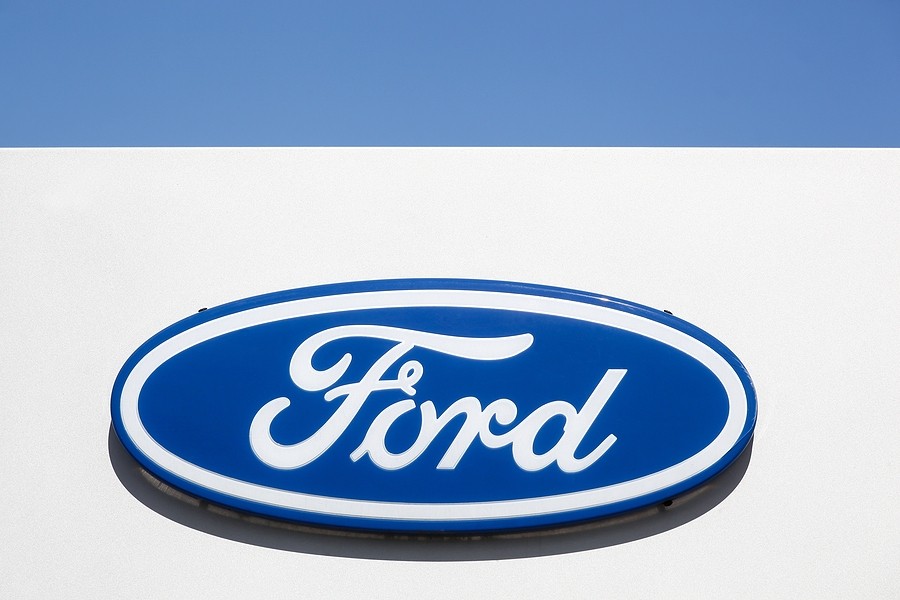 Ford F-150 is one of the most famous vehicles in the market. It was ranked as the most and best-selling truck in the United States. Unfortunately, despite the great popularity of this truck, it was associated with persistent common engine problems over the years.

This article highlights the top reported Ford F-150 engine problems by year and engine model type. We collected as much information regarding costs as possible to highlight it as well each year.

What are the Most Common Problems with Ford F-150's?

Despite the amazing look great capabilities of the effort at 5th 1:50, some glaring overlooked problems caused a lot of safety concerns, liability problems, numerous recalls, and build quality issues.

Here are some of the most common engine problems by year:

2005 was the worst model year when it comes to the Ford F-150 engine problems.

Unfortunately, this year was associated with the most reported complaints on engine problems by customers of about 171 complaints.

Some of the common in 2005 Ford F-150 R some loud knocking noise in the motor, spark plug issues, some spark plug blowing out, shaking in the engine, engine failure, engine stalling, and others.

Reported engine problems for the 2005 Ford F-150 costs about $4300 on average. And most complaints were reported for vehicles higher than 70,000 miles.

Despite the high reported complaints about the 2005 Ford F-150 engine model, Ford did not do a great job in upgrading the engine for 2006, and all engines were in the same categories mentioned in the previous year.

In 2006, most reported complaints were related to the Sparks plugs as well as many of the spark plugs had issues with broken head or blowing out head. The engine failure was also reported, and the check engine light was reported to eliminate frequently.

On average, engine problems for 2006 did not cost as much as the 2005 engine problems. For 2006, most people repaired their engines for about $1210. Even though the repair costs dropped, it is still relatively high as compared to other older repairs.

Again, in 2007 Ford F-150 proposed the same engine types for 2005 and 2006. However, reported problems to drop significantly, which indicates that Ford worked hard to address major reported problems.

By 2007, still common reported problems about the F-150 engines were related to engine marking issues, spark plug ejecting, in some cases, engine failure, a couple of engine coil misfires, and Lastly, engine sputter.

Tell 2008, and it still seems like Ford could not take care of all spark plug problems reported in the previous years, and still in this year, more than 30 people reported complaints about blown out spark plugs. The engine failure was also reported a couple of times, along with rough idling.

On average, 2008 Ford F-150 engine problems were repaired for about $1660.00. While this number might seem a little bit lower than the 2007 average reported cost, several customers reported that they had to install a new engine in many scenarios.

In 2009, Ford achieved a good milestone with significantly fewer reported engine complaints about the F-150 vehicle. This improvement might be related to the fact that Ford illuminated the 4.2 L V6 engine or related to other enhancements.

Still, a couple of complaints were received regarding the 2009 Ford F-150 engine. These complaints were associated with Engine clattering, slight spark plug ejection, engine dying when driving, and some jerks when accelerating.

While fewer reported complaints we received about the 2009 Ford F-150 engine problems, most of these complaints were associated with higher power costs of about $7000!

In 2010, Ford introduced the 6.2 L V8 engine to the F-150 vehicle. This year was also associated with fewer reported complaints; however, Ford still suffers from spark plug problems and engine failure for the 2010 vehicle.

Surprisingly, no reported complaints were related to the spark plug for this year! However, a good number of customers reported that their vehicle suffers from engine stalling whenever they accelerate.

Average repair costs for and installing were about Only $420, which is not terrible compared to previous years.

Ford continued producing the same engine types from 2011 to the 2012 model. Still, no reported complaints regarding the spark plug issues; however, loss of power and engine stalling continued to rise from 2011 to 2012.

Engine stalling was reported mostly over 50,000 miles, and repair costs were about $2300, significantly high.

Continuing with the same engine options, Ford could not eliminate engine stalling and lots of power problems with their 2013 models.

More than 50 customers also reported engine stalling and loss of power for the same model year.

Still, average repair costs continue to rise, approaching $2000 for a customer, and most problems were reported around 50,000 miles.

While four did not introduce any different engine types to the 2014 model, a significant reduction in reported complaints was noticed.

A couple of reported complaints were related to a blown engine and still a loss of power. These problems were associated with significantly higher repair costs.

Similar to 2014, less reported complaints were related to about 2015 Ford F-150 engine problems. However, engine stalling continued to appear in this model as well, and it was the primary and most reported problem for this year.

Surprisingly, engine stalling was reported at newer vehicles of around 20,000 miles, which raised many concerns for many customers who owned this vehicle.

Unfortunately, 2016 marked a spike in the most reported problems of this vehicle. Almost 50% of reported problems were related to engine stalling and loss of power, which seems like Ford failed to address this problem in the 2016 model year.

Reported engine stalling were four vehicles around 20,000 miles as well.

Ford worked extremely hard to upgrade the 2017 Ford F-150 engine and reduce the problems. The company successfully achieves an 80% reduction in reported complaints about The Ford F-150 engine.

Still, most reported complaints were also related to engine stalling and loss of power. For those who suffered from this problem, they reported that Their vehicles were about 20,000 miles.

With this great variety and numerous engine types to choose from, it seems like Ford reached good customer satisfaction with significantly fewer reported complaints about the engine.

It's important to note that the couple reported complaints about the 2018 Ford F-150 engine problems related to engine stalling.

Another huge milestone for the Ford F-150 engine is the 2019 model year. This year, no reported complaints about the engine will accept a couple related to excessive oil consumption.

The 2019 model year marked a significant milestone for Ford, where it was able to eliminate hinge installing, loss of power, and spark plug problems.

Some of these problems were highlighted in several magazines and newspapers. For example, usatoday.com highlighted that Ford recalled use numbers from the United States and Canada for models between 2018 and 2020, four issues due to the headlight defect, which could affect the driver's visibility.

Related to the same problem, Ford stated clearly the significant effect of this headlights defect issue and said “When the daytime running lamps on affected vehicles are illuminated, and the master lighting switch is manually rotated from the auto lamp position to the headlamp-on (low-beam ) position, the daytime running lamps remain activated instead of dimming to parking lamp intensity as required by federal motor vehicle safety standards,”

According to repairpal.com, Ford also recalled several vehicles from the 2015 and 2016 years due to engine-related problems. The recall focused on the improper location of the immersion heater in the engine block. Ford mentioned that this heater was placed very close to hot engine components, which might cause it to melt.

Moreover, Ford also recalled vehicles from 2015 to 2019 due to another common engine problems. This problem was related to the heater in the engine block. The heater was not equipped with the proper wiring, which could cause it to get contaminated with water.

The last recall that we would like to highlight here is related to another common engine problem in 2015 to 2019 vehicles. This problem was also related to the engine block heater cable. The heater cable might cause damages to the splice connector, which could cause significant issues with a short circuit. This is another member of the long list of Ford F-150 common engine problems.

Do you have An F-150 that you can't afford to repair? We can take care of it!

As you might notice, consistent problems were associated with the Ford F-150 models, and most of these problems required very high repair costs.

If you have a Ford F-150 and you think it's not worth spending a lot of money getting it repaired, we can help you and take care of it. There are quite a few Ford F-150 common engine problems out there that you need to watch out for so this stance is quite understandable. We will even take it off your hands if you are just scared of having to face one of the Ford F-150's common engine problems

Did you know that our company purchased vehicles despite their type or condition? Whether your Ford F-150 is completely damaged and the engine is not repairable, we can get away from your face and take care of the towing for free!

While our company's name might indicate that we only purchase damaged vehicles, our company is willing to pay up to $15,000 for the right vehicle! Thus, don't hesitate to contact us if you have a good running vehicle and you're looking for a high offer.

Get in touch with our team today and receive your instant offer within seconds! You could either use our homepage and click on “get an instant offer,” or you can contact our team by phone.

As one of the best-selling vehicles, Ford F-150 comes with great designs and special equipment. However, there were common problems reported consistently for this vehicle from 2005 to the 2019 model year.

Some of the biggest reported problems were related to the spark plugs, which continued to rise for several years of Ford F-150. Another major problem that took a long time to get resolved is engine stalling and loss of power.

Luckily, Ford worked very hard to enhance and take care of these problems, and the company reached a great milestone by the year 2019 with very few reported complaints related to the spark plug or the engine stalling issue.

Despite the great work Ford is doing, there are still reported recalls and complaints for the 2020 model years, indicating a lot for Ford to work on. There is still a long list of Ford F-150 common engine problems that Ford needs to work on.

PrevPreviousWhere Are Subarus Made? Everything You Need to Know About Them
NextReplace The Engine Or Buy A New Car – You May Find That A New Vehicle Could Be The Most Lucrative!Next