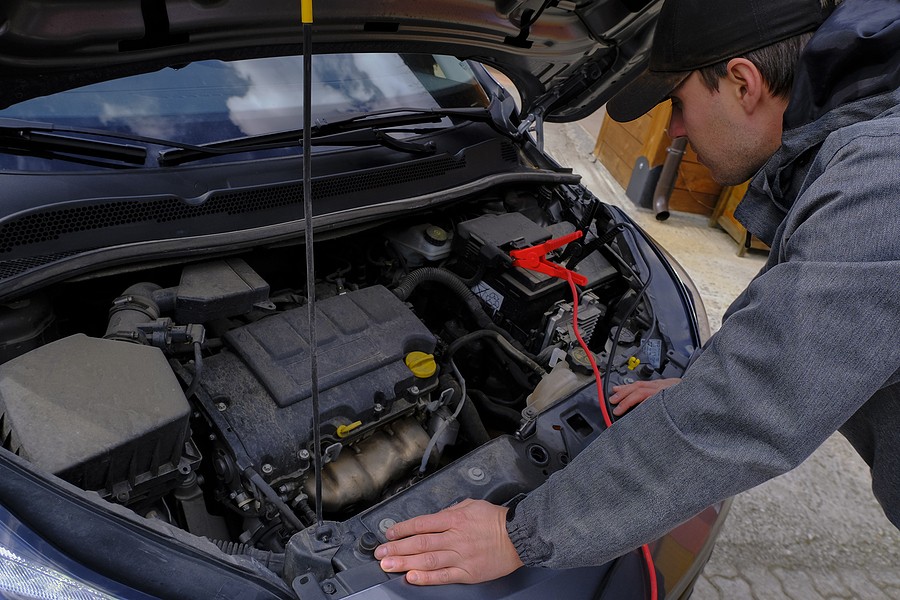 What’s that smell? When the smell of gasoline has become pungent in your car’s interior this can signal trouble with the canister purge valve or there may be a leak within the EVAP system. The canister purge valve is a critical component of the Evaporative Emission Control (EVAP) system. Every vehicle in the United States is mandated to be equipped with this emission control system.

How Does the Canister Purge Valve Work?

The canister purge valve also commonly referred to as the purge valve is designed to trap fuel vapors inside the gas tank and prevents them from permeating the atmosphere by temporarily storing them in a charcoal canister.

The Evaporative Emission Control System is complex. Not only does the system trap gasoline fumes but it also ensures that other emissions are burned in the engine. On older vehicles the EVAP system the gas tank uses a spring loaded valve while newer vehicles are equipped with a valve.

What Happens When The EVAP System Is Malfunctioning?

Perhaps the most common problems that tend to pop up in the EVAP System are canister purge valve failure and an EVAP leak. While problems within your Evaporative Emission Control System are exactly hazardous they can end up damaging your vehicle. You might be able to get away with driving with a badly functioning EVAP system, it can ultimately decrease your engine’s performance.

When the EVAP system isn’t working your car won’t be able to pass an emission test. In most states, if you can’t pass a smog test you’ll be given a certain amount of time to repair the faulty components or you’ll be required by law to stop driving your car.

What Is An EVAP Leak?

In many instances, a small EVAP leak usually involves a simple fix. A minor EVAP leak can be a result of:

If your Check Engine light is on you should have a diagnostic test performed at your local Auto Zone or Auto Advance. The test is free but you’ll have to have a mechanic read the diagnostic results. The codes above are generated when the EVAP System has failed.

What Is Canister Purge Valve Failure?

When the purge valve fails, toxic fuel and harmful gas, and other emissions will be released through the car’s ventilation system. As a result, the car will have to use more fuel to produce the same amount of power.

When the canister purge valve is stuck in the closed position it prevents the EVAP System from burning the evaporated fuel. A low flow code will be generated and it will cause premature failure to the charcoal canister.

What About The Charcoal Canister?

When the Charcoal canister fails, it fails to capture the fuel vapors before it’s released to the powertrain. Instead, it releases these vapors into your car and the environment. Exposure to these vapors can be harmful to your health. It can cause headaches, confusion and it can even cause you to lose consciousness.

In some instances, the charcoal canister may simply be saturated or the fuel vent line is clogged. If this is the case you’ll experience some trouble while filling up. The gas pump may shut off before the tank is full because the toxic fumes will take up volume, significantly minimizing space in the fuel tank.

However, cleaning the charcoal canister or even the canister purge valve is highly discouraged. Pouring liquids into the canisters will damage the components instead they should be replaced.

Besides the smell of gasoline permeating in your vehicle’s interior what are some additional signs of canister purge valve failure?

Therefore, when a malfunction occurs or the computer detects an inconsistent purge flow that is either higher or lower than normal it will trigger the Check Engine sensor. If your Check Engine light is on you should have a diagnostic test conducted to confirm that it’s a canister purge valve problem.

If the canister purge valve is stuck in the closed position it will cause your vehicle to consume fuel at a much faster rate. This is because the vapors that are burned in the combustion process are transported to the EVAP canister where they will be released into the atmosphere instead of being burned along with fuel by the engine. As a result, you’ll notice that you have to make frequent trips to the gas station to fill up.

A canister purge valve stuck in the open position creates a disastrous vacuum leak that over time will decrease the engine’s power. This drastically changes the engine’s air to fuel ratio. You’ll notice that your car is slow to accelerate. When your car is running it will even feel rough and it may be accompanied by vibrations. If you drive on a bad canister purge valve for too long the engine will eventually lose all of its power and you’ll be forced to purchase a new one.

A smoke test is an effective way to check for leaks or problems within your Evaporative Emissions Control System. Performed by an experienced technician all of the vacuum systems under the hood will be tested with the smoke machine to reveal potential leaks.

Yes, a smoke test will reveal a compromised valve, seals, hose, or tube. This is one of the best ways to detect a crack or leak within the EVAP system. It can also help determine whether the canister purge valve or the charcoal canister is functioning properly.

Can I Repair A Canister Purge Valve Myself?

Fortunately, repairing a canister purge valve isn’t an expensive job that will burn a hole in your pockets. The labor for such a job is between $50-$60 because it’s a straightforward process that can be completed within an hour. In fact, the average cost of a canister purge valve replacement is approximately between $120 -170, depending on the type of vehicle you own and where you have your car serviced.

If you have to replace the canister purge valve or even the charcoal canister you should also replace the vent valves and seals if your budget allows. This can help further prevent leaks within the EVAP System which will only improve your engine’s performance.

What You Should Know About Maintaining Your EVAP System

When it comes to your vehicle’s maintenance, drivers rarely give any attention to the EVAP system until the check engine light comes on. Maintaining your car’s EVAP System which also includes critical components like the charcoal canister and the canister purge valve is crucial for optimal engine performance.

Leaks and cracks in the hoses, seals, and tubes of the EVAP System often develop due to corrosion. Here are few things you can do to maintain your car’s emission systems: