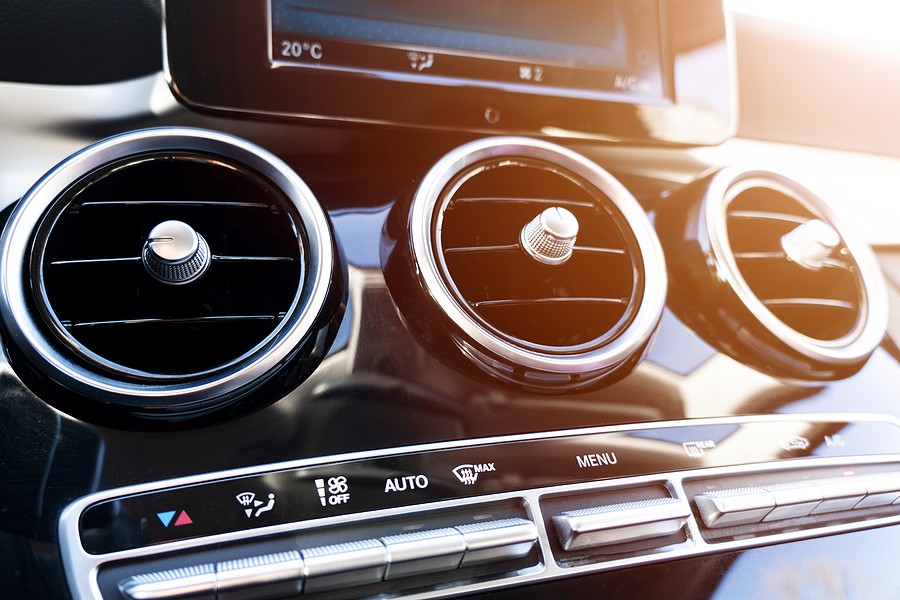 Put “checking to see if the car AC runs” on your seasonal to-do list. The car AC might not be working for many reasons: leaking refrigerant, a bad compressor, or faulting cooling fans, for example. A quick recharge is only $120-$150, but a major compressor issue can run the car owner $4000+.

In the Midwest, summer is a big deal. It’s patio parties, days by the lake, and hanging out with the neighbors. A favorite pastime is cruising, just driving around enjoying the sights and sounds of the season. Unless you have a sweet droptop, you’re going to need that car AC running full blast.

Turn the AC dial on HIGH the next time in your car. How’s it running? Cold? Ice cold?

If it’s anything less, you need to get that checked out before the first big heatwave of summer hits around Memorial Day weekend.

In some locales, where temperatures can climb past 100 degrees, car AC isn’t a luxury, it’s a necessity. The same might be said for the elderly, those with infants, and anybody who experiences temperature-related health problems.

Luckily, when the car AC isn’t working, it’s a fairly simple problem to resolve. That being said, it can be an expensive one.

Knowing the causes of car AC failure, the costs of repair, and the other options you might take will help drivers make a smart choice about which route to take if they’re not getting frost air out of their AC system.

Why is the Car AC not Working?

If you’re taking to a search engine to figure out why your car’s air conditioning isn’t working, you’re already a step ahead. There are several reasons why car AC units don’t blow cold air:

Identifying the cause is the first step to resolving the problem.

My Car AC is not Blowing Cold Air

Imagine crawling into your car on a summer day; it’s hot, humid, and without warning, the car AC systems stops blowing cold air. When the car AC isn’t working, many drivers first ask themselves, why?

The most obvious symptom of a car’s AC being bad is that the AC blows hot. There really is no reason, even in an old car, that the car’s air conditioning system shouldn’t feel like Alaskan gusts of frigid air. If that’s not happening, you need to look into AC repair.

Mechanics will identify the cause of the problem and charge accordingly.

The first item to consider is refrigerant is leaking. The estimated cost of an AC recharge is about $150.

The trouble with a leak is that finding its location can be a major challenge. To figure out where the leak is occurring, the mechanic will examine all the hoses within the system. If a leak is spotted, it may look like a little random grease stain.

Fortunately, there are ways to repair this by adding a seal – some people even try to do this with sealants from the big box retail providers and auto part stores. This DIY method might work; it might not. It isn’t recommended.

Instead, take the car to a professional for an inspection and an estimate. From there, you can decide how to move ahead.

Why Isn’t my Car AC Working?

There are other reasons, often more expensive, as to why your car AC isn’t working.

For example, the condenser could have gone bad. It takes the hot refrigerant, after being compressed, to re-cool it.

Many people don’t know that the air is sourced from the car’s hood as the car pushes the air in front it inward as it accelerates. In this process, perhaps litter or leaves get stuck. That could be the cause!

In some cases, all the driver has to do is look past the car’s grill, clean out the condenser, and voila.

If the condenser is bad, however, removing blockages will do nothing. Sometimes roadkill, litter, or trash bust the part. Others, it fails on its own (due to age, due to bad manufacturing, etc.).

If you find this to be true, take the car to a mechanic for further advice. Replacing the part could cost as much as $4000.

Electrical Issues to Blame for Car AC not Working

When the car AC isn’t working, sometimes electrical issues are to blame.

A mechanic will first check for the obvious causes.

If there are none, then it’s time to check the car’s electrical systems for frayed or split wires. Sometimes it’s the switch that’s broken, not the mechanism.

All faulty parts will be replaced.

Speaking of faulty parts, another issue that could come up is the cooling fan. If the fan isn’t blowing, then there’s no air.

Again, the most common cause for a bad fan is something hitting it while out on a road. Be careful on those old dirt roads, flying rocks do a lot of damage after all!

These repairs vary widely based on the nature of the problem.

Note: Electrical work is not for amateurs. When dealing with electric, take the car to a certified and licensed mechanic.

What is a Car AC Compressor?

Maybe the mechanic is already talking about the car’s AC compressor and you’re stuck in the waiting room at the garage researching how much it costs to repair this.

The compressor is an incredibly important part of the car’s AC system. It pushes the air.

To make matters worse, especially in older cars, it’s common for the machine to work one summer, sit all winter, and then fail to kick back on in the spring. It’s the sitting time all winter that kills the compressor.

Hint: Some mechanics suggest turning on that car AC system, even in the dead of winter, for 10-20 minutes, just to get the air moving. If those juices are flowing, there’s a better chance of avoiding breakdown when the next heat wave settles in.

After the driver, or the mechanic, is done thinking about the why’s and what’s of car air conditioning, the real question arises: How much does it cost to fix a car AC that isn’t working?

In short, the repairs can run as low as $150 for minor AC compressor repairs and refrigerant refills.

This isn’t always a cost for which people budget. In fact, $4000 could be four or five months of rent for some people. It’s by no means chump change.

The bottom line is that car AC repair bills run high because of the parts and the labor.

To make matters worse, discounts are seldomly available on this type of service (with the exception of AC refrigerant refills which are often on promotion at garages that specialize in oil changes or AC repair). The garages can’t afford to bring down the prices on this one, though it never hurts to ask.

Can You Fix the Car AC on your Own?

The basic recharge is a good first step. Secondly, auto parts stores carry products that supposedly strength, maintain, and seal air conditioning systems. For some car owners, these affordable solutions work out alright in the end.

For others, the car AC still doesn’t blow cold, and there’s no choice but to head to a mechanic to get an estimate.

If you don’t know what you’re doing under the hood, taking apart the car just to take a gander at it poses a huge risk. You could mess it up worse. You could hurt yourself. You could get lost in all the little bits and pieces that make up the car AC system.

If you aren’t a mechanic by profession, then perhaps your safest bet is to entrust one to do the work for you. And yes, that might mean a big repair bill!

Is it Worth It to Fix the Car AC in an Old Vehicle?

Not usually, but sometimes yes. Asking the question of whether the high cost of air conditioning replacement and repair in a car is worth it is a personal one.

If your car is:

Then, no. Car AC repair costs are high. Older cars could require repairs that cost thousands of dollars.

On the other hand, if your car is:

Then, sure, fixing the car AC system is worth it.

For example, if you have a car that is about two or three years old, and the compressor has gone bad, maybe the price of air conditioning repair is worth it. If the car’s that new, there might even be a recall or warranty that covers the charges.

If the vehicle is a family heirloom, like a 1950s RV/camper, then maybe the car AC repair bill makes sense.

Use your best judgement to determine whether the benefits of the repair outweigh the costs.

Other Options when the Car AC isn’t Working

When the car AC isn’t blowing ice-cold air, there are options.

Of course, there’s the “wait it out” technique.

Ask yourself how long you can go without that car AC. If you drive a convertible, maybe you can make it work. If you don’t drive during the day, maybe it will be okay. If you have health concerns, young children, or an elderly relative, then perhaps this isn’t a good plan.

If you can’t (or won’t) pay the bill to repair to get the car AC fixed, maybe it’s time to move onto a better vehicle, one with a working air conditioning system. You might sell your car to somebody who is willing to invest in the AC repair costs or who doesn’t car that it’s busted.

Be careful! In some vicinities, working AC is a requirement to sell a car. Be sure to make it clear to the buyer that car AC doesn’t work if selling the vehicle.

Finally, maybe the car’s ready for the junkyard. If you’re driving an old car around the city this spring, start considering trading it in for cash. A local junkyard will pay you take the vehicle off your hands. You could put the cash towards a new vehicle, a bus pass, or a pair of walking shoes.

Sending the car to the junkyard is the only option on our list that makes you money!

As mentioned, sometimes the cost is not worth it when dealing with car air conditioning repairs, especially with quotes that climb into the thousands.

If you are finding that your car’s air condition system is just not working the way it used to, do not fret.

There are some inexpensive and DIY repairs you might try first. If they don’t work, you might be in a for shocking repair bill.

If that happens, consider the value of that car and how much having Antarctic-level temperatures in your car means to you. If you like it ice-cold in the car cabin all summer long, you have a big decision to make: get a new car or pay the bill. Don’t let the stress of that choice make you sweat, though!

You can always choose to send the car to the junkyard instead.