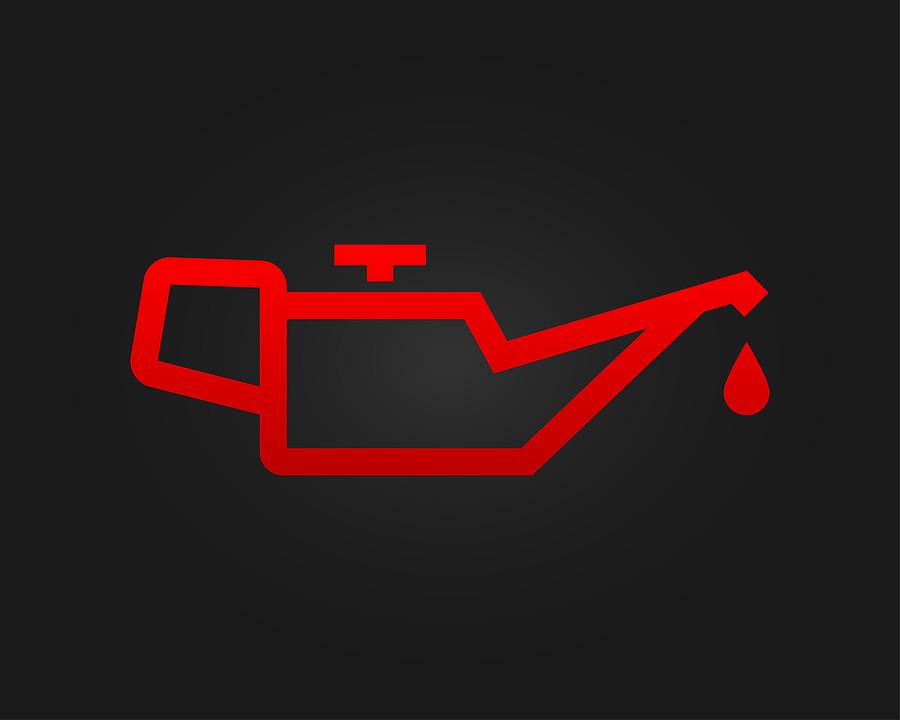 Your vehicle relies on the dashboard to communicate with you and grab your attention to certain internal problems. That's why you'll see a lot of warning lights illuminating and certain instances and because of different causes.

The low oil pressure warning light is one of the most critical ones you should never ignore. It is linked to the oil pressure inside your engine, and it indicates that you should immediately check what's going on with this oil and why it is not pressurized at the optimum point.

This article provides you with all you need to know about the question, “does my car have low oil pressure?” In addition, it highlights the importance of having the right oil pressure in your engine, the main causes that could lead to the low oil pressure, and some symptoms that help you confirm whether you're dealing with low oil pressure or not.

Why is it important to have the right oil pressure?

Before we dive into the details about your question”, does my car have low oil pressure” we must get an idea about what's the main purpose of having the right oil pressure? What will happen if oil pressure drops?

First, oil is an important fluid in your engine that prevents engine overheating due to friction between the internal components. Oil provides the level of lubrication needed, and when everything is lubricated, you don't have to worry about the friction that could cause engine overheating, which damages your engine.

You need to have the right oil level, and oil must be pressurized under a certain pressure level. This way, you confirm that oil gets to inaccessible components around your engine and reaches every component requiring a row below A certain level. When the engine oil is lower than specified near the vehicle owner’s manual, you'll deal with trouble because many of these components won't be lubricated, and you'll start dealing with some engine troubles.

Does my car have low oil pressure?

Our vehicles are very smart, and whenever there is an internal issue, they show some clear symptoms to grab our intentions to resolve the issue before it gets more complicated. That's why whenever you're dealing with low oil pressure, your engine will show one of the following symptoms or a couple of them at the same time:

One of the first and most common symptoms that indicate you're dealing with a low oil pressure is when the warning light on the dashboard illuminates. This warning light should say or look like a low oil symbol.

1.     Reduction in the engine's performance

If the engine doesn't receive the right level of lubrication, it won't act as before, and that's why I will notice if the introduction and then just overall performance. This is because the engine is completely overstressed, and no matter how much fuel it sucks, it cannot produce the required energy.

With more stress on the engine, you'll notice that you'll need to visit the gas station more frequently than before because your engine is consuming more fuel than it should. This is because the engine thinks that it's not generating energy. After all, it's not receiving the right level of fuel, but that's not the case, and that's why the engine will continue sucking more fuel to generate the required energy because it's overstressed.

Have you ever gotten to the vehicle and noticed it smells more like burning oil? Then, you might be dealing with low oil pressure. Check with your mechanic, confirm the culprit, and resolve it as soon as possible.

When the engine doesn't receive the right level of lubrication, the internal components will Grint against each other, and you'll notice some weird grinding noises or probably knocking and sometimes ticking. Any of these noises should be an alarming noise, and you must take it seriously to prevent dealing with major complications that could cost you thousands of dollars.

If you look at the temperature gauge on the dashboard and notice that it's increasing significantly, it tells you that there is a problem with the engine because the temperature exceeds the maximum threshold. Of course, the problem might be linked to some issues with the cooling system, but also it can be linked to an oil pressure level.

Therefore, before moving forward to fix the oil, you must have your mechanic inspect the cooling system and confirm that all components are working just fine because the cooling system is typically the main cause of engine overheating.

Once the cooling system is checked, you also need to pay attention to any other symptoms that could confirm that you're dealing with a low oil pressure level.

What causes low oil pressure in a car engine?

Understanding the main causes behind low oil pressure helps you prevent the problem from happening in the first place. Let's take a look at some of the common causes that could lead to decreasing the oil level in your engine:

In general, your engine is not expected to consume too much oil, but, in some instances, your engine might consume a certain amount of oil, leading to a very low oil level. I want to see this way to confirm whether you're dealing with a low oil pressure by measuring the current oil level. But, of course, if you realize that you're dealing with low oil, you'll have to top it off immediately.

Note that there are some instances where an internal or external leak could cause this drop in the oil level. If that's the case, you'll have to address the issue by sealing the problem of having your mechanic explore other options that could resolve the issue.

Your engine is not designed to last forever, and there will be a point where it might approach the end of its lifetime. When the engine wears and tears, it can impact the oil level, and at this point, your mechanic might advise you to replace the engine if the issue is not resolved.

You should have immediately assumed that the problem exists when dealing with low oil pressure. However, it could be that the oil pressure gauge is not reading the correct numbers, and it has a problem. If that's the case, your mechanic needs to inspect the gauge and confirm that it's working properly.

The oil is pumped around the engine by a certain pump, and this pump might get to a point where you have to replace it. If the pump is not working properly, it won't send the engine with the right pressure to reach the inaccessible components. If that's the case, you'll need to inspect the pump and replace it if necessary.

Finally, a bad oil filter might also lead to a low oil level. As you might already know, an oil filter is responsible for filtering any oil, and it's clean before it reaches the engine. However, over time of use, this oil filter is expected to clog partially or completely, and when this happens, your engine will behave like it has low oil pressure or no oil at all. Therefore, your mechanic must replace the oil filter immediately if that's the issue.

Is it OK to drive with a low oil pressure?

It's never a good idea. Driving with a low oil pressure leads to significant damages to your engine that could cost you the entire engine. The more you wait on the car, the worse the problem gets. Low oil pressure is not a problem that you can wait on for a couple of days, if not a couple of hours. There is something very serious that, in some instances, you might want to stop your vehicle and have it towed to the nearest repair shop.

Many inexperienced drivers thought they could drive to the repair shop to check on their vehicles, but it was too late, and they lost the engine.

Not necessarily. When dealing with low oil pressure, the problem might be related to many different components. It could be related to the low oil itself, and you might be able to resolve the issue by adding more oil, but that's not guaranteed.

For example, if the issue has to do with internal or external leaks, then by adding more oil, you allow this oil to escape through the cracks, and you're going to deal with the problem one more time very soon.

Similarly, if you're dealing with an issue related to a bad oil pump, you must replace it to resolve the issue and not add more oil. Sometimes adding more oil cause more problems if your vehicle doesn't need it. In other words, if you overtop the oil, you lead to additional problems that might impact different other components around your engine compartment. Therefore, adding more oil is never the only solution, and it should be done after a detailed inspection.

Does my car have low oil pressure? How to resolve the problem?

Resolving the problem depends heavily on the root cause. For example, if all you are dealing with is happening because you don't have enough oil in the oil storage, you can easily top it off yourself without needing any labor help, which means that you have only to pay for the bottle of water your engine needs.

On the other hand, if the problem has to do with a bad oil pump, for instance, you'll have to pay somewhere between $300 and $2500, which is an insane price, especially if your vehicle's value is not that high.

The oil leak is a more general problem that doesn't necessarily have a standard price range because it depends on where the leak is happening and how much oil is leaking. Typically, some experts indicated that you should pay somewhere between $150 and $1200. Keep in mind that this price range is just a rough estimate, and to get a better accurate code, you'll need to consult your mechanic.

Does my car have low oil pressure? Final thoughts

If you're asking yourself, “does my car have low oil pressure” it means that you're dealing with a very significant problem. Low oil pressure is never a joke, and it can lead to damaging your engine, and that's why most automotive experts recommend never to ignore it at all.

When dealing with low oil pressure, the issue might be related to an internal or external leak or probably some damage to the surrounding components around the lubrication system. Whatever the reason and the causes, you should take care of it immediately.

Note that when resolving low oil pressure, the repair cost can differ significantly, and that's why if you feel that repair costs are piling up and approaching clear vehicles overall value, you may not want to fix this vehicle. Instead, you should sell it and use its money to buy a better car.