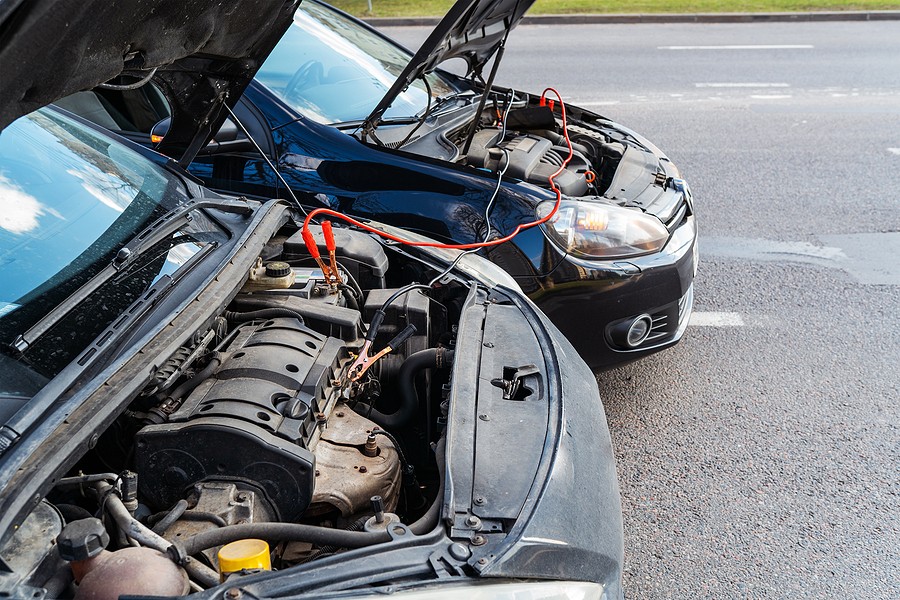 Before you perform any jumpstart, you might ask yourself, “does jumpstarting a car damaged the battery?” Jumpstarting the car might cause expensive damages if you do not follow the right procedure and order to connect the cables and prevent any wire crossing.

You won't have many options when your vehicle's battery dies other than giving it a quick charge by a jump start. Jumpstarting your car skips the battery’s job and provide your engine with the required amount of charge to get it going without needing the dead battery.

This article walks you through some interesting facts about how frequent jumpstarting your car's battery impacts its lifetime. We will also walk you through some basics about the idea behind the jump start and how to achieve a successful jumpstart without causing further damages.

What does jumpstarting a car mean?

Your vehicle's battery is a core component responsible for providing your engine with the necessary electric charge to get it going. Without a battery, your vehicle won't start at all. However, there are many situations where you might get in a situation where the car better either dies or fails completely. What to do in this situation?

Well, the quickest solution to get your vehicle going while skipping the top of your car's battery is by jumpstarting your car. When you perform a jump start, you were lying on an external power source to get the engine going without needing the dead battery.

Jumpstarting your car can happen using different external sources. For example, you might rely on jump cables to get the electric charge from another vehicle with a working battery. There are other options like using an external jumpstarter with its battery, so you don't need a second vehicle to start your car. This is a great option for people planning to drive longer distances while knowing there is not much help around.

Choosing between the different types of jumpstarters depends on your goals and needs. Obviously, the jumpstarters with a standalone electric power source are much more expensive than the simple jump cables that rely on a second vehicle. However, with the cheaper jump cables, you will always need a second car to provide you with energy, which might not be available all the time. Thus, it is important for you as a driver to evaluate the situation and check the different pros and cons and compare it with your budget to determine whether you want to go with a simple jump cable or a standalone jump starter.

Does jumpstarting the car damage the battery?

However, it is not the jumpstarting that would damage your vehicle because you're relying on a small 12 Volt battery, which does not have enough power to damage the electrical component. Instead, it is the way you perform the jumpstart that makes the difference.

If you don't already know, there is a certain way to jumpstart your vehicle. You need to follow a certain order in terms of connecting the right terminals, and failing to do so results in causing some potential risks of car battery damages. For example, To jumpstart your car, you need to connect the positive terminals before connecting the negative terminals. If you do these in reverse order, you cause issues to the battery and probably to the battery of the other vehicle in good condition.

Another important element you need to consider preventing damaging your battery during the jumpstart is deciding when to crank your engine. There are two different ways where people decide to crank the engine during the jump start:

Learning about how to perform a jumpstart accurately is this secret to eliminate any damages that could happen to your vehicle's battery during a jump start. Will you recommend that you go through either other articles that we discussed before or probably YouTube videos highlighting how to jumpstart a car successfully. Otherwise, you might want to leave it to the professionals and either request side road assistance or have your mechanic help you perform jump start.

Is it bad to jump-start a car every day?

Although jumpstarting your car helps you get away from dead batteries, it should not be a permanent solution, as automotive experts suggest.

When you perform jumpstart frequently, you increase the chance of making mistakes that could cause the battery to get damaged or put your life at risk of shocks. Also, the battery is not designed to allow it to get charged this way or use a 12 Volt battery charger.

No matter what's the problem causing the dead battery, you must reach out to your professional mechanic and consult him about what needs to be done to solve the issue. It will most likely end up replacing the car battery, which should not be a big deal in terms of repair costs.

Can a completely dead battery be recharged?

Yes, using a simple jump starter, you can always charge your dead battery. However, it is the battery. It is the battery’s condition that decides whether it can hold the charge or not. In other words, if your course condition is terrible, the battery might not hold a charge for a long time, and you will end up needing another jumpstart the next time you turn off your vehicle.

Therefore, automotive experts always recommend that whenever you are dealing with a completely depleted car battery, check with your mechanic pad to see whether it's the time now to install a new battery to save yourself a lot of headache down the road.

How long should I let my car run after I jump it?

In general, automotive experts suggest running your engine for at least 30 minutes before you turn off the vehicle. However, keep in mind that you don't want to start 30 minutes while your vehicle is idling. In other words, you need to drive the car at at least 30 mph speed to get the battery to charge completely.

If you're dealing with a bad battery, the battery might not hold a charge, as we indicated earlier, which means that no matter how much time you spend running your engine, the battery will end up dead the next time we start the vehicle. Thus, you'd better install a new battery to save yourself time and effort.

Does revving the engine charge the battery faster?

Yes, revving the engine helps your vehicle charges the battery faster, but it's not as good as driving your car. Automotive experts recommend that after you charge the battery using a quick jumpstart, you take your vehicle for a quick ride for at least 30 minutes at a minimum of 30 mph speed.

What happens if you jump a car wrong?

If you connect the jumper cables in the wrong order, you caused the vehicle to reverse the charge, significantly impacting your electrical components. Of course, the impact of a wrong jumpstart is more severe if you're driving a modern vehicle equipped with sensitive components like onboard computers and other electric sensors.

That's why most automotive experts recommend that you never attempt to perform any car repair unless you are 100% comfortable about performing their appearance and you've done enough research before practicing.

It is also important that you prevent testing on your car, especially if you're driving a luxury vehicle worth a lot. Although it is a great idea to do things by yourself so you can save on labor costs, sometimes doing things wrong results in significant damages that cost you thousands of dollars down the road on repairs.

What are the common signs of a dead battery?

Since dealing with a dead battery is not a simple condition, and performing the jumpstart can cause some damage, you must familiarize yourself with the symptoms of a bad battery so you can immediately take care of the problem before dealing with significant issues.

In general, when your vehicle's battery is dead or about to die, you'll notice some of the following symptoms:

Depending on your vehicle's type, you might notice a warning light on the dashboard indicating that the battery has issues that you need to take care of immediately.

In cases of drained car battery, the battery won't have enough charge to get the engine going. Therefore, you'll notice that the engine is trying its best to start, but it takes time to crank.

3-    Clicking noise from the ignition

Since the engine is having difficulty starting with that drain car battery, you will notice that the ignition will only make clicking noises every time you turn the key in the ignition switch.

Sometimes you'll notice that your vehicle's headlights are working plots your vehicle doesn't start. With that, it indicates that your car's battery has some charge to start the lights but not the engine. You'll also notice that the headlights are dimmer than usual, indicating that there only relying on whatever is left in the car’s batteries charged.

When the vehicle battery is about to die, you'll notice that some of the important electric components in your car are not working properly, like the windshield wipers, the dashboard lights, the radio, etc.

Dealing with a dead battery is a very common condition in the winter season and sometimes in summer. Being proactive about the issue and learning about other methods to charge the battery in these scenarios is critical for every driver. However, some drivers might be a little stressed about whether to rely on these methods as a permanent way to get themselves out of a dead battery condition.

Jumpstarting your car is a great method to get you out of a dead battery situation spot automotive experts do not recommend relying on this alternative as a permanent solution. This is because you increase the chances of doing the jumpstart wrong and causing internal damages to your vehicle.

If your car has other major problems than the dead battery, it might not be worth the time and effort trying to fix it. So instead, he recommended using the value of your car towards a better vehicle that doesn't have any major problems.