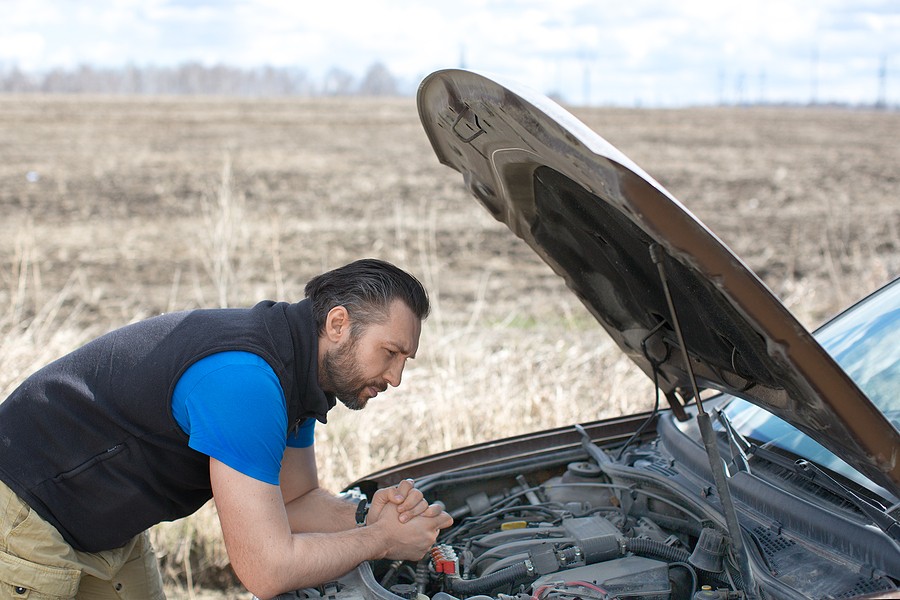 A damaged engine is considered one of the most costly car parts to repair. It is probably a car problem drivers dread to hear. It’s not like any other parts of the car that you can just fix easily like flat tires or scratched paint. If the engine has completely failed, you won’t be able to use your car, it will be considered undrivable. Replacing an engine can cost you around $2,500 to $6,000. Sometimes it can cost more than that depending on the car you own. Since it is not cheap, many are torn whether to replace the engine or buy a new car. This can be hard since when deciding which one is better, you need to consider some factors like the market value of your damaged car and your budget.

If your car is old and does not cost that much, or maybe the engine replacement cost is much higher than the car’s value, then it is better to sell your car and use the money to start a fund for your new car. Replace engine or buy a new car? It can be hard to decide. If you think that your car will still hold its value after an engine replacement, then it would be better to replace the engine. A new engine may cost thousands of dollars but a new car can cost thrice or more than that amount.

Replace Engine or Buy New Car: Is Replacing an Engine Like Getting a New Car?

Car owners dread the day when a mechanic tells them that their engines have suffered irreparable damage and the only way to save the car is by installing a new engine. Installing a new engine is not cheap. You will have to shell out thousands of dollars for an engine replacement. You might think of some options and usually you’ll come down to two – replace the engine or buy a new car. It can be a dilemma, but you have to choose one.

Many people are asking, is replacing an engine like getting a new car? If the question refers to the price comparison, the answer is no. Engine replacement will cost around $2,500 to $6,000, but buying a new car will cost 3 or 4 times more. Then you have to deal with the financing, monthly payments, insurance, registrations, and a lot more. Between the options, to replace the engine or buy a new car, buying a new car might seem to be the easiest way out but it might not be the best financial decision. Although you can choose to buy a used car, it can be risky. You might end up buying a used car that is not reliable and you will have to deal with car repair costs all over again.

If you are asking, “is replacing an engine like getting a new car?” to know whether an engine replacement will make your car like new, the answer is still no. Replacing your car’s engine won’t make it like new. Although your engine won’t have problems anymore, you may smell that new engine scent and hear its great sound while you drive, it does not mean that the other car components won’t have any problems. Plus, the odometer of your car does not reset with a new engine since it not just records the engine’s mileage, but all of the car’s components. Keep in mind that a car is built with hundreds of components and their mileage has to be recorded too.

If the engine you are replacing already has 150,000 miles on it, it is most likely that the other components of your car like the air conditioner, cooling system, power steering, starting system, charging system, sensors and relays, and the transmission will have to be replaced too. Before doing an engine replacement, these components have to be inspected or replaced. If not, then you will have to deal with more car repair bills soon. If this is the case, then it is better to sell your used car and use the money to fund your next car.

However, if your car has no other issues aside from the damaged engine, it is still better to have its engine replaced. It will add more years to it, given that you will maintain it and avoid the following causes of engine failure:

Driving your car even if it is overheating can result in the expansion and contraction of the metal parts of the engine. This can cause these components not properly fitted together which can cause extreme and premature wear. The best way to handle an overheating engine is to pull over and stop driving to allow your engine to cool down and prevent any other damages that can occur. Have your car checked immediately to know what caused it and have it repaired.

Oil leaks or a faulty oil pump can cause some internal problems that can keep the engine’s moving parts from being properly lubricated. This can happen when the leaks cause the oil level to drop too low. Improper lubrication can cause harsh and premature wear of the engine’s moving parts. If you see any signs of leaks or notice any symptoms of a faulty oil pump, have your car checked immediately. Early detection of this problem can save you a lot of trouble.

Keep in mind that proper lubrication, maintaining your car, and repairing faulty parts can help prolong the life of your engine but it won’t make it invincible. General and wear and tear can happen especially if your car hits high mileage or as it gets older.   However, you won’t experience it sooner nor deal with a replacement engine or buy new car dilemma if your car is well-maintained.

If your car needs an engine replacement, you are expected to pay a huge amount for it. So you wonder if you should replace the engine or buy a new car instead. While buying a new car seems like an easy option, it might not be the best and practical one moneywise. When you buy a new car, you will have to consider a lot of factors such as whether you can afford it or maybe how long you will keep it. You should be ready to deal with the financing, the monthly payments, registrations, or insurance.

If you choose to replace your engine, the mechanic might give you a cost estimate for the engine replacement. It may cost around $2,500 to $6,000. The price can vary depending on your vehicle, the auto repair shop you choose, if there are other problems aside from the engine that needs to be repaired, and the type of engine you buy.

In choosing the replacement engine, you have four options – a used engine, a rebuilt engine, a remanufactured engine, and a new crate engine. But which is better? Let’s go through each of them.

A used engine is an engine that is pulled out of a wrecked or junked car due to damages to some of its mechanical systems. But just because the car is junked or wrecked, it does not mean that it’s no good. It still has some good, working parts that can be used such as engines.

Buying a used engine and using it for your car’s engine replacement is usually a good choice since it is more affordable. You just have to make sure that you buy a decent one that does not have a lot of miles on it or that won’t need any part replacements. If you have to choose whether to replace the engine or buy a new car, and you choose to replace the engine since it will cost less than to buy a new car, to save some more cash, you can choose to buy a used engine since it is the most affordable option.

Like a used engine, a rebuilt engine is also pulled out of the car and had its damaged parts replaced. It has been disassembled, cleaned, replaced damaged parts, updated it with new gaskets, and then put back together. If the damaged engine has been rebuilt properly, it can last for maybe hundreds or thousands of miles.

You can have your damaged engine rebuilt too. There are some auto repair shops that offer it. It is much more expensive than buying a used engine but far more affordable than buying a new one.

A remanufactured engine is considered the highest quality option for an engine replacement. It is an engine that was returned to its factory condition, making it almost like new. A remanufactured engine had to go through some processes such as machining of the block, crank, heads, and other parts. After the process, it will be restored to its factory specifications and will function like it is new. But it is usually offered with an extended warranty and though it is more costly, it will last longer than the used or rebuilt engines.

Buying a new crate engine is probably the most expensive option. It is a brand new engine that uses all new parts. The new parts include crankshaft, engine block, cylinder heads, camshaft, connecting rods, pistons, and valves.

New crate engines have entirely new parts and are built according to the ideal expectations of the customer. Although it may cost more compared to the other three engine replacement options, you will likely save more in the long run since you won’t have to deal with engine repairs soon.

Choosing whether to replace the engine or buy a new car can be hard due to some factors. Some people worry that an engine replacement might affect the market value of the car in a negative way. If you ask, does replacing an engine affect the value of a car? The answer is yes, it can. It can have a negative impact when you try to sell it. Potential buyers might worry if the engine replacement was done by a skilled or qualified mechanic. They might doubt the car’s history or think if there are some underlying car problems and you’re not being honest about it.

However, car owners know that the car’s engine really suffers normal wear and tear as it ages. People who are looking to buy an older car, know this and that they should expect it to have some issues. That is why a used car with a new engine installed can be sold at a higher price than the same car with its original engine. A replaced engine means it can still last for many years. The new engine has less wear and tear so it will have improved performance.

Deciding whether to replace the engine or buy a new car can be hard. Both have their advantages and disadvantages. But before you decide which one is better, you will have to ask if dealing with the engine replacement cost is worth it. It is not cheap, it might cost even more if the mechanics discover that the other parts of the car will have to be replaced too. So before you have your engine replaced, assess your car first and know its market value. If it does not cost that much and the engine replacement cost is higher, then it is better to move on, sell your car, and buy a new or newer car instead.