Dodge Journey Problems Through the Years – 2020 Is Looking Pretty Good! 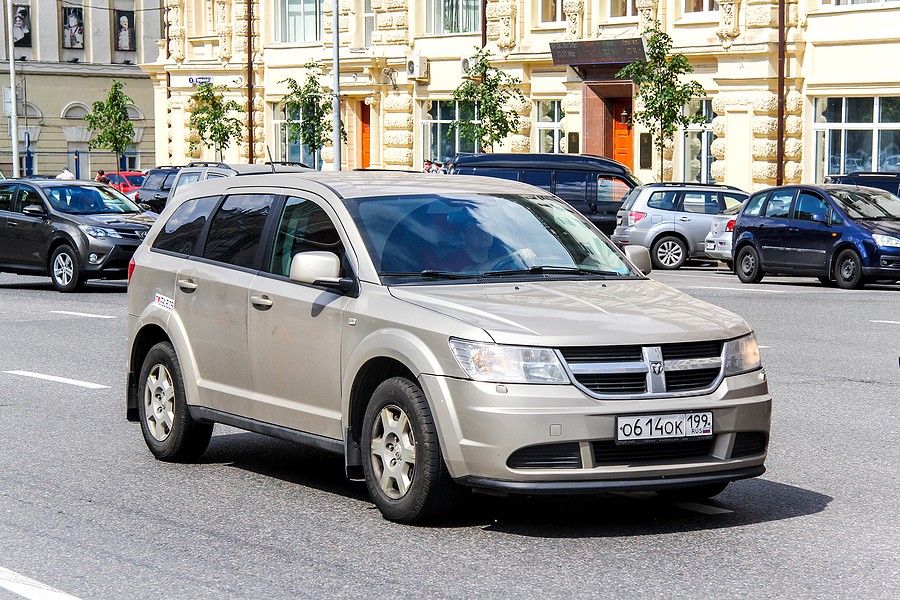 Despite Dodge being a reliable and high-quality car company, they have churned out some poor cars over the years. One of those cars is the Dodge Journey. With numerous issues, especially in the 2009 model year, we cannot recommend this car to any potential car buyer.

Not to mention, there are key issues with Dodge cars that are prevalent in many models. This includes key issues like a complicated gear shifter that can cause the car to roll, a low mileage engine blow-out, fragile dashboards that can crack over time, rust on the bottom of their car or truck, and a wobbling front end. These are just some of the issues that are common amongst the Dodge Journey problems.

The main brake issues with this model of car for the 2009 year refers to premature brake and rotor wear, noisy brakes, calipers locking while using, brakes failing, brake pedal continuing to depressed after being stepped on, bracket hardware missing, ABS lights staying on, brake brackets snapping, and the brakes getting stuck.

The most prevalent issue by far was the premature brake and rotor wear, with the overall repair cost being around $400, occurring at just below 32,000 miles, and having a total of 353 complaints. The most common solutions are to replace the pads and rotors, all brakes and rotors being replaced, replacing the machined rotors, and replacing the brakes.

Users have reported on this problem with the Dodge Journey that the brakes have needed to be replaced multiple times in just a short time span, the braking system is insufficient for the size of the car, and the car being too heavy for the pads and rotors, making them wear down prematurely.

The main areas of concern within the electrical system for the Dodge Journey problems of this year revolve around the car not being able to turn over, the engine not starting, multiple electrical failures, a faulty TIPM, premature battery failure, electrical system shutting down while driving, ignition recall, wireless ignition node module, and the power door locks malfunctioning after use.

Regarding the car not being able to turn over, the average typical repair cost for this issue has cost users around $620 and occurs at just over an average of 60,000 miles. The most common solution is to replace key fobs and replace the starter motor in the Dodge Journey. Users have reported that sometimes the car starts and sometimes it doesn’t, the neutral safety switch losing communication with the shifter, and the horn going off unintentionally.

The main issues of the engine of the Dodge Journey for users include the engine dying while driving, the check engine light coming on, the ticking sound coming from the engine, not starting after the engine has been running, and the engine burning up oil without a warning light. The Dodge Journey problem of the engine dying while driving occurs at around 44,000 miles, with users stating that the car just cuts off during use, the RPMs skyrocket for no reason, the power steering cuts off, the brakes cease working, and the car begins making a huge clunking noise from the engine.

As you can see, this model is not the most reliable or reputable in terms of buyer confidence and safety. In addition, there have been 8 recalls for this 2009 Dodge Journey – showing how this is an unsafe and unreliable car.

Next, the following recall was the same year in October, and affected only less than 800 vehicles. This referred to the powertrain control module and the fuel pump relay, causing the engine to stall and crash without any warning. The Dodge Caliber, Avenger, Journey, Patriot, and Compass were all recalled due to the new adhesive used in the powertrain control module being a cause for the circuit board to break.

The third recall of the Dodge Journey in 2009 referred to the electrical connector, and was announced in March of 2009. This affected nearly 17,000 vehicles and was due to the fuse for the electrical circuit not lighting properly, then the connector could overheat and catch fire. The Dodge Journey vehicles equipped without the optional 115 volt auxiliary power outlet could become corroded and short circuit over time.

Furthermore, the fourth recall for the 2009 Dodge Journey problems included the reverse wiring steering column driver air bag. In the event of a crash, the driver’s airbag might not inflate to the right amount and might not be able to properly protect the driver, increasing the risk of injury in the event of a crash. This was announced in April of 2009 and affected just over 4,000 vehicles.

The fifth recall for the 2009 Dodge Journey was about the front door wiring. In the event of a crash, the side airbag might not deploy, reducing the protection that is needed to keep the passengers and the driver safe during the event of an impact. The wiring within the front door wire harness might tire out and damage over time, causing an interruption in the circuits for the side impact sensors. This can result in an airbag warning lamp illumination and a loss of the sensing capabilities on the sides of the car. Announced in late 2010, this recall affected nearly 65,000 vehicles.

This sixth recall affected a whopping 722,000 vehicles, causing a huge recall for many Dodge Journey owners. This referred to the ignition switch maybe turning off during use. If the ignition key moves to the off or the accessory position, then the engine will turn off, but the turn will depower the safety system within the car, including the airbags, power steering, and the power braking. The loss of the functionality of all of these systems, or even just one of these systems, can increase risk of the crash. Thek ye fob should be removed from the keyring in order to prove this issue.

The next recall for this model of the Dodge Journey refers to the airbag control unit power supply corroding over time. If the airbag control unit fails, this can cause the airbag to not deploy and protect the passengers and drive the event of a crash. This can increase the risk of occupant injury. In addition, the air bags might deploy when you do not want them to, meaning the risk of a crash can occur since you are hit with an airbag. This is a huge Dodge journey problem that needs to be addressed.

The eight and final recall of the 2009 Dodge Journey refers to the power steering return hose rupturing over time, affecting nearly 9,000vehicles. A loss of power steering assist might require an extra effort while turning the wheel, especially at lower speeds, and can increase the chance of a crash.

The main issues with the engine of the 2010 Dodge Journey involve the engine not being able to turn over, a defective TIPM, the horn blowing unintentionally, the battery dying, and the car shutting down while driving. The engine not turning over generally costs around $550 and occurs at around 65,000 miles.

Over the years, you can see how the Dodge Journey problems have significantly decreased. From the years of 2011-2020, there have been minimal complaints in regard to the Dodge Journey when in comparisoi to the previous two years. Potential car owners should solely look at the most recent years if they are interested in buying this car, and avoid the 2009 and 2010 model yaers at all costs so you can stay safe and sound!

The Journey received a reliability rating of just 3 out of 5 stars, and have a total of 1855 complaints across all years. The Pain Rank on Dodge Problems.com shows that it ranks 53rd, when this website ranked 60 Dodge generations by reliability.

Nearly every model group of Dodge cars can be organized into generations, which is just a collection of years where the cars are continuously made. This refers to the Dodge Journey, which has been produced over many model years.

In addition to the ranking by the DodgeProblems.com website, there are also other reliability ratings on other websites. On US News, this website ranked the Dodge Journey as having a terrible reliability rating, coming in at just 2 out of 5 according to JD Power. This is the lowest rating in the JD Power awards that you can possibly get.

One of the other Dodge Journey problems is that there is a lack of confidence amongst companies and users in the market. This can cause a lack of trust within the company, and cause users to not want to buy this Journey car.