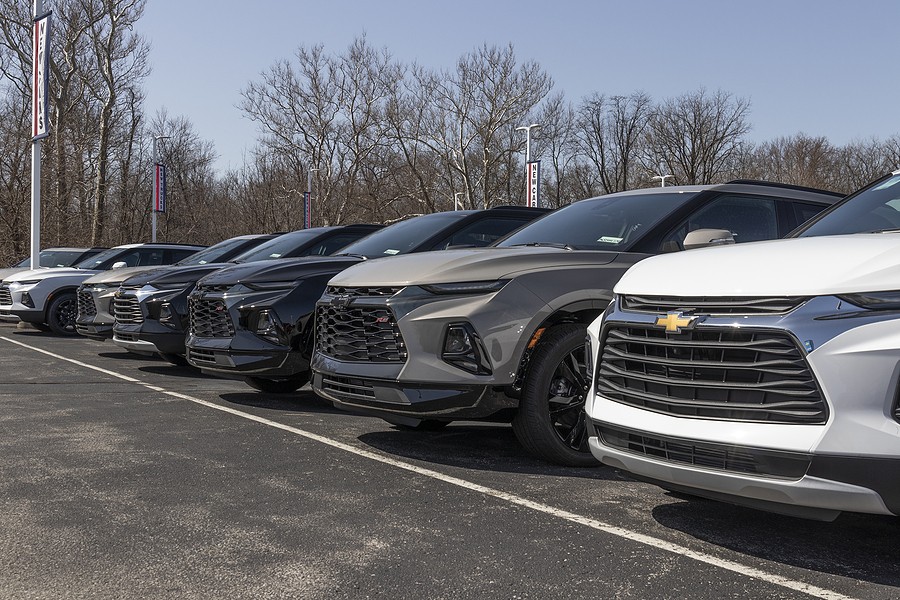 Compact cars are relatively cheaper than the bigger cars and they are also more fuel efficient. That is why many people are now considering owning one. However, compact cars don’t have that much power. It might take awhile for you to get to faster speeds or to climb hills. But automakers found a way to maximize the compact car’s potential by the means of turbocharging. The Chevrolet Cruze has been equipped with a turbocharged engine that leverages recycled gases to boost its engine performance. While it may sound positive and promising, there have been some reported Chevy Cruze turbo problems. Problems such as valve issues, overheating, coolant and oil problems, transmission issues, and even turbo failures.

The Chevrolet Cruze was discontinued in 2019 and is no longer being produced in North America for its 2020 model but it is still being manufactured and sold in other global markets. Although it was discontinued in North America, many are still using it and many used Chevy Cruze are still being sold online or on the used car lots. If you are planning to own one and you wonder if the car is reliable or has Chevy Cruze Turbo problems, here’s what we can tell you.

One of the common Chevy Cruze turbo problems that is reported is turbo failure. This problem is caused by its bypass valve or blow-off valve. This spring-activated valve is just like a wastegate that releases pressure when you lift off the throttle and no longer need any more boost from the turbo. The spring inside the valve gets weaker over time and soon will be progressively worse at closing the valve. When this happens, the valve will stay open that can result in the boost to leak out from it which means that less boost makes it into the engine. This causes your car to eventually make less and less power.

You will know if you have this Chevy Cruze turbo problem when you see the check engine light on with a trouble code P0299 and your car making less power every time. To make the matter worse, you can’t even replace the bypass valve even though it is the one that is causing all the Chevy Cruze turbo problems. This is because this bypass valve is physically built into the turbo and it is near impossible for them to be separated and even if somehow you managed to split them apart, it will compromise its long-term reliability.

Keep in mind that just as a stuck bypass valve can let the boost out, it can also allow dirt and other contaminants to enter. There have been several Chevy Cruze owners who had their turbo replaced because of the faulty bypass valve reported that their turbo’s center section is pretty damaged when it was removed since dirt and other contaminants that get into the system can be damaging for the center bearings. The turbo’s compressor wheel can spin at 200,000 rpm and imagine what those contaminants can do to it.

Engine oil leaks is also one of the Chevy Cruze turbo problems. Turbo oil leaks can be caused by a lot of factors but the main reason is because of an incorrect pressure within the compressor and turbine housings. This can cause serious damage to the bearing systems. If you have had your vehicle checked and there is oil found in your exhaust system, it might be caused by a broken turbocharger turbine or compressor wheel.

Symptoms of coolant leaks include low coolant level in your coolant reservoir, a certain smell while you are driving or parked, cracked or leaking thermostat housing, engine overheating, gurgling sound heard on the passenger side of the car, puddle of fluid underneath your car, and if heat fluctuates between hot and cold.

This is one of the Chevy Cruze turbo problems that might be caused by a corroded, loose, or leaking radiator hose, a cracked thermostat housing, or a bad radiator. Coolant pipes and other related connections can also cause this problem since the turbocharger does not have any moving parts or engine coolant seals that can trigger the coolant to leak internally into the intake or exhaust system.

Engine misfires are usually caused by a faulty coil pack since the inside where the spark plug connects can suffer from corrosion. If it is indeed corroded, this could result in a poor connection to the spark plug.

Excessive oil consumption can send you signals like a check engine light for codes P0171 or P0106, rough engine idle, and a blue smoke coming from your tailpipe. This Chevy Cruze turbo problem has been reported to consume excessive oil and you might need to have your intake manifold or camshaft cover replaced to fix it.

The Chevy Cruze models 2008 to 2016 have a wired electronic throttle body. It is not like other vehicles that have cables from the gas pedal that go through the firewall and up to the throttle body. This setup makes use of a sensor that reads the gas pedal’s position and sends the appropriate amount of voltage to the computer that controls the engine. Throttle lag can happen when you are accelerating or pressing the gas pedal and the process takes way longer than it should.

To fix this problem, you will have to check your fuel injectors for clogs or any faults. If it is due for a tune-up, have it serviced. If your fuel injectors are in a good working condition, the problem might be caused by a faulty electronic connection.

Chevy Cruze Turbo Problems: How much does it cost to replace a turbo in a Chevy Cruze?

There are instances where the Chevy Cruze turbo problems become too severe that the only way to fix it is by replacing the turbocharger. People might ask, how much does it cost to replace a turbo in a Chevy Cruze?

You will know that your Chevy Cruze turbo problems have become severe and will need a replacement when you notice symptoms such as your exhaust pipe spitting blueish or a blackish smoke at an alarming rate, rattling and scraping noise coming from your turbocharger, failing wastegate, or a car that won’t be able to start or idle. A sudden drop of your fuel economy is one of the symptoms too and it could damage your car’s catalytic converter due to the excess fuel in the exhaust.

The turbocharger assembly replacement process begins by completely draining the engine cooling system and the oil pan. Next is the removal of the cooling and oil lines for the turbo. Then the turbocharger assembly will be separated from the cylinder head and from other surrounding components until it can be removed from the vehicle. There are instances where the engine mount and the engine have to be removed too but only in extreme cases.

After the installation of the new turbo, it must run for a short time, the engine oil filter will be changed, and all cooling and oil lines fittings will be retorqued with fresh seals. The exhaust manifold gasket and the flange gaskets mounting the turbo to the exhaust will also be replaced.

A turbocharger is said to be reliable and you can’t usually find faults with the turbocharger itself. So what causes turbo failures that can lead to a number of Chevy Cruze turbo problems?

The seals between the engine and the compressor can become worn or cracked. When this happens, the oil will leak in the exhaust system and this can result in the turbo working extra hard to increase air pressure. This can cause a decreased efficiency and boost delivered by the turbo.

Another thing that can cause Chevy Cruze turbo problems is poor lubrication. Car owners know that proper lubrication is essential and is the life blood of every car. Cars have a lot of moving parts and these parts need oil to lubricate them, cool them, and to protect them from corrosion.

A turbocharger needs oil too. It needs a continuous flow of clean and good quality oil. If you have an inappropriate amount of oil or an oil that is of poor quality, it could lead to a build up of dirt or other contaminants in the engine that can cause your turbo to fail.

A turbocharger has two major components – the compressor which is located at the front and the turbine at the back. There are instances where dirt, dust, small stones, and other foreign matters can enter in the turbo. It can be through the compressor inlet or turbine inlet.

When these foreign matters enter the compressor housing, it usually comes from the air filter but if the foreign matter damages the turbine, that means that the problem started from the engine itself. If the foreign matters start to damage the compressor wheels or turbine blades, the turbo’s efficiency will be reduced. That is why it is important that you replace your air filter or have it serviced regularly to prevent this from happening. You should also make it a habit to check your turbo for any dirt, debris, and other foreign objects.

Like any other part of a vehicle, turbochargers are also prone to wear and tear. It usually can last for as long as the car does or about 100,000 to 120,000 miles but there are a lot of contributing factors that can shorten its lifespan. Factors like the build quality of the turbo, the bad driving habits, harsh driving conditions, or how it was maintained.

Chevy Cruze Turbo Problems: Can you still drive a car if the turbo goes out?

When your Chevy Cruze turbo problems worsen and your turbo goes out, can you still drive your car? You can, only if you have to but know that engine failure will soon follow so drive at your own risk.

It is important that you address your turbocharger failure immediately since the particles from it might make their way into the engine or catalytic converter. If this happens, it can damage your engine and can clog your catalytic converter  Plus, excessive oil consumption can happen that your engine might run out of oil which could result in engine failure.