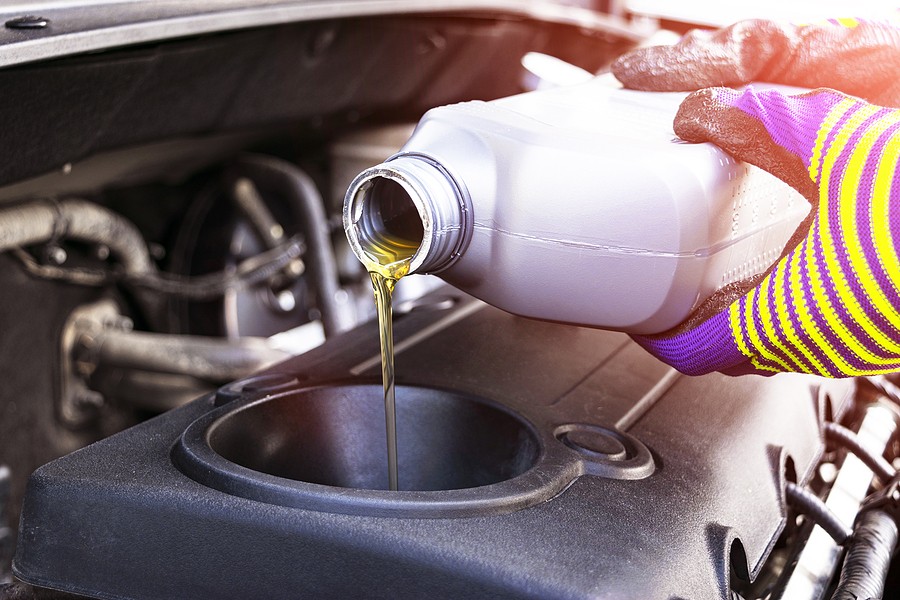 One of the most common things you can do to ensure that your vehicle encounters minimal issues throughout its lifetime is proper maintenance. Among the most important things you can do with your vehicle is to keep up on changing the motor oil, which is like the blood of your vehicle’s engine. Although there are several schools of thought for how often to change the oil, which we will cover in this article, you will consistently need to spend your hard-earned cash on oil and filters.

If your car is an oil burner, or decide you want to learn how to perform oil changes on your own, you may be wondering what the cheapest place to buy motor oil is. This article will cover a number of topics to help you find the cheapest way to properly maintain your vehicle, including:

So, if you’re ready to buy some oil and take a DIY approach to car maintenance, you’re probably wondering where the cheapest place to buy oil is. When it comes right down to it, the big-box retailers like Wal-Mart, Target, K-Mart, Fred Meyer, etc. are always going to be the cheapest place to buy motor oil. If you have a membership, Costco is even cheaper per quart than the big box stores and they offer a superior product (such as Mobil 1) vs. a no-name oil. Look for coupons at Costco as well! This carries over for both synthetic and conventional.

If you like to buy from smaller shops or perhaps you frequent the auto parts store regularly, expect to pay anywhere from 10-15% more for oil. However, you can find a better selection of unique oils at auto parts stores. Online is also an option but remember, oil is heavy and shipping cost can kill the deal easily.

What Is Engine Oil

Engine oil is a combination of base (petroleum) oils along with several other components that are specifically geared to keeping your engine running for the long haul. There are 2 types of oil which are standard (conventional) and synthetic. As well, several viscosities of oil are currently sold on the market that are designed to match the requirements of the engine.

These components include the following:

When looking for oil, you’ll notice two basic kinds of oil, along with several different viscosities (thickness) as well. Conventional motor oil is refined from crude oil, rather than man-made synthetic oil which is a combination of man-made components that are meant to mimic the best parts of crude oil. In general, conventional motor oil is less expensive than synthetic oil but it does not last as long.

You will also find several types of viscosities in this format: (Thickness While Cold) (Season) – (Thickness after being warmed up) such as 5W-30. Engine oil is specifically designed to protect at a variety of engine temperatures and outside environmental conditions. The engineers designed your engine to utilize a specific viscosity of oil for maximum efficiency and performance. Many modern Honda vehicles, for example, utilize a “0” weight oil due to its lower viscosity that allows the engine parts to move with less effort and therefore achieve better fuel economy. However, the engines also need to be designed to accommodate the lack of protection (vs. a thicker oil) to ensure long life. This is the main challenge for vehicle engineers.

What Oil Does In Your Engine

Your engine is a mechanical device that relies on oil to ensure that its internal components are properly lubricated under heavy loads. In fact, an engine can not operate without oil, since the components of your engine will quickly fail due to overheating caused by the extreme friction of an internal combustion engine.

When a vehicle is started, an oil pump that’s driven by the engine’s crankshaft takes oil from the pan (or oil sump) and moves it along at high pressure to the “top” of an engine where it then follows channels and pathways throughout the operation of your engine and eventually returns to the oil pan to be re-circulated again.

So, as you can see there are tons of things that the oil in your car does, which is why proper maintenance is so crucial to the long life of your vehicle.

There are two basic types of oil and a myriad of brands within each type of oil type. The most traditional style of oil is often referred to as “conventional”, which is named because it is a petroleum-based product that is mixed with other additives, etc to form what we know of as engine oil. The other commonly used type of oil is referred to as synthetic, which is a man-made type of oil that mixes the best parts of the conventional with enhanced capabilities.

Conventional oil is a refined version of crude oil that is pumped out of the ground from oil derricks and wells. Another name for this product is petroleum, which has been used in one form or another for over 4000 years. The ancient city of Babylon even had petroleum pits that the enterprising individuals of that time used to create asphalt roads! Petroleum and petroleum byproducts (like plastic) are a major part of the modern age. Up until 40 years ago, this was the standard in oil technology and many people still rely on it today.

How Often Do You Change Your Oil

Ask 3 people and you’ll probably get three different answers to this question. The more persnickety among car owners religiously change the oil every 3000 miles while others simply keep adding oil when they run out. While there are 2 completely different sides of the spectrum, it just goes to show you how much the thoughts on this matter vary from person to person. When it comes right down to it, the reality is that “it depends” is really the most solid answer that we can provide.

Most cars built in the last 6-7 years utilize complicated computer-controlled maintenance regimens to ensure you get the maximum amount of life out of your oil, based on your individual driving habits. Honda vehicles, for example, utilize this “maintenance minder” system to inform the owner as to when to take their vehicle in for an oil change. As a Honda owner, I can say with confidence that this timing varies greatly for us and runs anywhere from 4000 miles or so to well over 10,000. This comes down to driving habits, for example, highway driving vs. in-town driving. Honda also uses synthetic oil to achieve this.

For vehicles that don’t have them maintenance reminder systems, such as cars that are a bit older, more diligence needs to be taken to achieve maximum effectiveness. This is where the old mantra of “every 3000 miles” comes from, which is also an advertising campaign that was propagated by oil companies. 3000 miles is generally considered excessive, especially if you use synthetic oil in your vehicle. Regardless, you should be checking your oil levels via your dipstick regularly as older vehicles with higher mileage tend to chew through more oil. The real answer is that most vehicles, even on conventional oil, can run 4000+ miles easily before requiring an oil change.

What About Cash Cars Buyer

If your car is chewing through oil and making you go broke in the process, maybe it’s time to give the folks at Cash Cars Buyer a chance to earn your business. The process is incredibly easy and will get you the cash you need, in your hand, today. Simply go to their easy to use site, fill out the information, and get an on the spot appraisal for your car, truck, or SUV. Schedule an appointment for a professional appraiser to come verify information about your vehicle and that’s it! You get the cash in your hand that day. We’ll even tow it away for you if need be. There’s just not another way to get rid of an oil burner than Cash Cars Buyer. Give us a shot today!