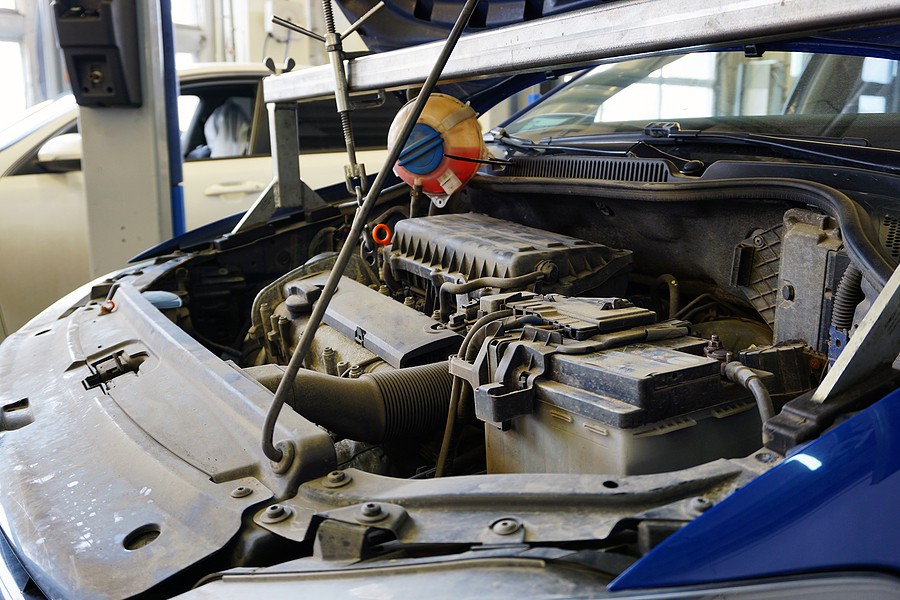 Sensors play a vital role in vehicles. Sensors monitor fuel consumption, emissions and even vehicle engines. Sensors also aid both the driver and passengers of the car as well. With sensors, car makers can create and launch vehicles that are more fuel efficient, comfortable and safer to drive. Car sensors are intelligent and important computer systems that control various aspects of your vehicle. Some of those include coolant levels, oil pressure, temperature, emission levels and more.

All of the sensors inside of a vehicle are connected to the Electronic Control Unit or the ECU. The ECU contains the “brain” or the firmware (hardware as well as software). While the hardware houses the electronic components, those components are printed on a circuit board (PCB) with a microcontroller (MCU) chip. That MCU processes the inputs provided from various sensors in real time.

Even with their intelligence, faulty or bad sensors can cause transmission problems. We’ll look at this a bit more in-depth.

What Sensors Are on A Transmission?

The Intake Air Temperature sensor’s job is to measure the temperature of the air as it enters the engine's intake assembly. This sensor also controls the air/fuel mixture within the engine, ensuring proper ratio for the most effective as well as efficient operation. The sensor is also a component of the pressure control system for the automatic transmission. If failure of this sensor takes place, then the transmission may produce both soft as well as hard shifting or soft shifting. Drivers may also see transmission fault code.

The Manual Lever Position Switch is also called the Transmission Range sensor. Its job is to tell the PCM the position of the transmission shifter. The PCM will then utilize this data to control which gears of the transmission to disable or enable. During failure of this sensor, your car can enter into the wrong gear starts. Additionally, they will be no upshifts either. You will feel something that resembles an “out of gear” or a “falling out of gear” sensation.

Where Is the Transmission Sensor Located?

The short answer is yes. Bad torque converters can cause friction damage, transmission fluid degradation and even overheating. The longer these problems exist, the more damage your car will endure.

What Are the Symptoms Of A Bad Automatic Transmission Position Sensor?

When the position sensor experiences failure, the car’s computer will not have any idea which gear the driver has selected. Due to such, the car’s engine will likely fail to start because the computer will probably not know that the transmission is in neutral or park. If the gear position sensor experiences failure that still allows the car to start, only one or two gears will likely be available for usage. You may also see warning lights appear on the dashboard, and the transmission may not drive in the range chosen by the driver. Although a dangerous situation, it’s quite unlikely.

Can You Drive with A Bad Transmission?

Driving a car with a bad transmission is never a good idea. Although technically, the car can still be driven, you are doing tremendous damage to your car. the vehicle can still be driven, but every time you do drive it you are risking your chances. If small metal shavings begin to slough off and mix with your coolant, you’re looking at a big repair on your hands.

How Much Does It Cost to Replace A Transmission Sensor?

The average cost for a transmission position sensor repair or replacement can run you about $240 all the way up to $350. While our estimates are general, you have to factor in labor as well. Those costs can run you anywhere between $125 and $160.

Can I Drive My Car with A Bad Automatic Transmission Position Sensor?

Most vehicles are quite useless without a transmission position sensor that is working properly. Even if the vehicle will drive in in “limp mode”, that drive home will be choppy, slow and will consume lots of your car’s fuel.  So, try to get to a mechanic as soon as you notice the issue. If you decide to drive home, you can be left stranded.

Maybe I can change the sensor myself. So, how do you change a transmission sensor?

Park the vehicle and make sure that the engine is off. Try to let the vehicle completely cool for about an hour or so. When the car is cool, you can jack the front of the car up till you have enough room to slide underneath for the repair.

Crawl under the vehicle carefully and then locate the speed sensor. You can find it on the bottom of the transmission. And it is identifiable by a small plug that is sticking right out of the transmission with an electrical connector plugged into it. After you locate it, be sure to carefully squeeze the release tab on the electrical connector. You can also squeeze till you pull the connector out of the sensor.

Grab a wrench to clasp as well as gently twist the sensor counterclockwise until it’s loose enough to remove. Then, carefully remove the sensor from the transmission.

Align the replacement sensor in place as you carefully twist the sensor clockwise until the sensor is secured and can’t go any further. Slowly and carefully plug the electrical connector into the appropriate plug on the sensor. You have now replaced the sensor.

Or You Can Sell Your Car to Cash Cars Buyer!

Looking to sell that car that keeps draining your wallet with all of its sensor issues? Just sell that difficult car to Cash Cars Buyer! We buy all makes and models- including cars with transmission sensor issues just click here to obtain a FREE online quote, and then call us for FREE pickup as well as FAST payout! You never have to pay anything to sell your car to us and towing is always FREE! Click here to get started now!