Best Cars For Your Teenage Driver 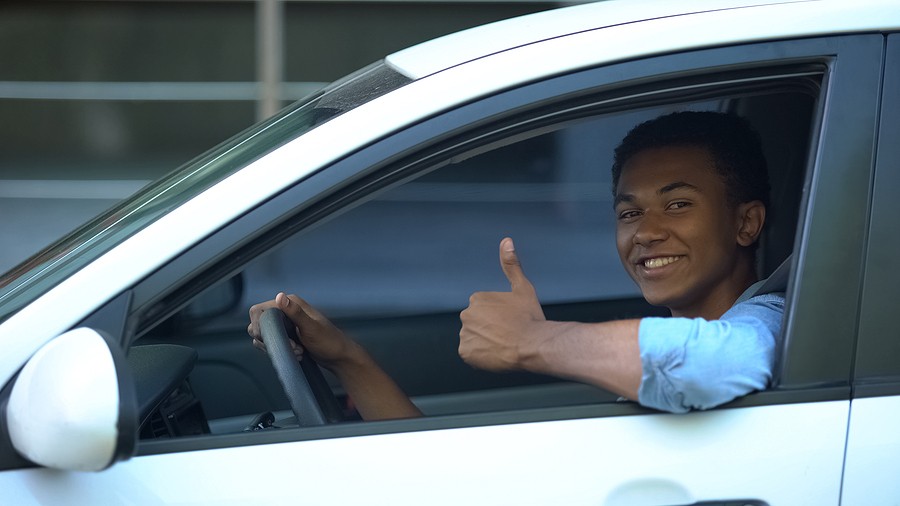 Every kid dreams of the day they learn to drive, and hand in hand with is the more exciting prospect of getting their first car. For a parent, though, it’s a totally different story, your kid getting their license will be one of the proudest moments of your parenthood, but also, getting them their first car (or in some cases letting them earn it), will be some of the toughest decisions you’ll ever make. The first decision would be an easy one, it is whether your kid deserves their own ride. The next one is a little bit more complicated than that. Which car is the best for your kid? In this article, we will break down the important aspects that you should consider when getting your kid their first ride.

What kid doesn’t want a head-turner of a car, one packed with all the latest, coolest gadgets, but your (and your kid’s) top priority should be safety. Checking out cars with high crash test scores and advances safety features like crash avoidance and emergency automatic braking systems. Here are a few safety feature innovations.

Adaptive Cruise Control or ACC is a safety feature that keeps your kid’s ride a safe distance from the other vehicles ahead by automatically adjusting speed. The system uses radars, lasers, or cameras to monitor the vehicles ahead and automatically speeds up or slows down to maintain an optimum distance. It does not fully control the vehicles, but just provides assistance to maintain safety.

Automatic Emergency Braking System also known as Collision Avoidance System is a system that is tied to the Adaptive Cruise Control system, it monitors the vehicles ahead and alerts the driver if the distance between the two vehicles becomes too close. It then warns the driver with an audible alarm or vibrating seats and steering wheels. If the driver fails to take action, the system will automatically apply the brakes to prevent a collision or in some cases, lessen the strength of the impact.

Dynamic Braking Support this feature is sometimes included in some Automatic Emergency Braking Systems. It monitors the braking pressure the driver applies and if it senses that it is not enough to stop the vehicle in time, it applies more pressure to avoid a collision.

Adaptive and Automatic Headlights this safety feature has been around for quite a bit now, these headlights turn on automatically when it gets dark and is linked to the steering system and turn together with the steering wheel to illuminate where the car is headed. This is particularly helpful in areas where space and lighting are limited.

Blind Spot Monitoring System this feature is an advanced version of the backing up sensors by applying it around the vehicle. This system helps the driver by monitoring areas of the car that are obscured from the driver’s view by using cameras, lasers, or radars.

Lane Monitoring System or lane departure warning system is similar to the Adaptive Cruise Control system and usually comes hand in hand. Instead of monitoring the vehicles in front, this system monitors the lane markings and alerts the driver if it senses that the vehicle is leaving its lane, it sends an alarm similar to the ones used for the ACC.

Tire Pressure Monitoring System this system, besides being a decent safety feature will also teach your kids a bit of responsibility. This system as the name implies monitors the vehicle’s tire pressure and sends an alarm if it is about to reach critical levels.

Now that you have an idea of what safety features you should be looking for, your next concern should be the following:

Value for Money whether you plan to get a brand new car or a used one, the value of the vehicle for the money you are shelling out should be a big concern, getting a cheap car doesn’t always mean you’re saving up money, sometimes, purchasing a more expensive model will give you more savings in the long run. Consider what features are included in the car, especially safety features, the engine, cargo space, it’s the current state (if used), and other aspects before getting the car.

Engine and Fuel Economy bigger will not always mean better, a bigger engine might even be too much for a first-time driver, and conversely, a smaller engine may not be the safest option for your kid.

Coolness Factor this one should already be a given, but each kid’s view of what is cool differs, so this aspect will rely mostly on your kid or how well you know them.

Now we will list six vehicles that we think are best for your kid, three used vehicles, and three brand new vehicles.

Best Used Vehicles for your Teenager

With a five-star overall safety rating from the National Highway Traffic Safety Administration and an array of safety features like its forward-collision warning system, lane departure warning system, and blind-spot monitoring system plus a standard review camera, the Traverse is a good used SUV for your teen’s first car.

With roomy three rows of seats and huge cargo space, this vehicle can also double as your family hauler, which can accommodate full-sized adults comfortably even with the third-row seats, a feat rare on midsize SUVs.

Not only rating a five-star overall safety rating from the National Highway Traffic Safety Administration like the Traverse but this large sedan also rated a five out of five from J.D. Power’s dependability test, making it one of the most reliable sedans in the market.

With great safety features amazing fuel economy and large cargo space, the Pirus is a great option if you’re planning to get your teen a small hatchback.

Also getting a five-star overall rating from the National Highway Traffic Safety Administration like the two above, this one gives you an excellent 52 miles per gallon combined fuel economy rating.

An added bonus is that the Prius offers a huge cargo space at 27.1 cubic feet behind the rear seats which you can fold to up space to 65.5 cubic feet.

Best New Cars for your Teenage in 2020

If your kid is the type that loves to go off-roading from time to time, the Crosstrek will fit him nicely, with Subaru’s standard all-wheel drive, and a good 8.7 inches of the ground, this SUV can handle a lot of terrains most small crossover SUVs will cower at. This doesn’t mean though that it won't be useful on the road, where it can give your kid a smooth and comfortable ride.

For tech features, the Crosstrek comes standard with Apple CarPlay and Android Auto, and with its crisp center screen, Subaru’s Starlink is one of the best infotainment systems in the market.

Thanks to its CVT automatic transmission, the Crosstrek rated a combined city and highway driving of 29 miles per gallon, pretty impressive for a compact crossover off-roader.

The small sedan market is full of efficiency, safety, and offers amazing value for money options, but nothing comes close to how attractive the Mazda 3 is. Inside and out it looks sophisticated and impressively stylish, it’s like you’re getting more than you’re paying for.

The 3 also got a five-star crash-test rating from the National Highway Traffic Safety Administration and the Insurance Institute for Highway Safety named it a Top Safety Pick+. It comes standard with automatic emergency braking and automatic high-beam headlights, other additional features include adaptive cruise control with stop and go technology, lane departure and lane-keeping system, and blind-spot monitoring system with cross-traffic alert.

The Mazda 3 is also equipped with an 8.8-inch infotainment screen that is installed with Apple CarPlay and Android Auto looks and sounds amazing especially linked to the great sound system.

Everyone knows the Prius, with its amazing mileage, which only seems to have improved in the Prime, which now allows you to charge the batteries separately, giving your teen better efficiency. It can now run on battery alone for 25 miles, more than enough for your kid to get to school and back or run some errands around town, in case the battery runs dry the hybrid system will click in which still gives you better mileage than any hatchbacks in the market.

Though the Prime hasn’t been rated by the National Highway Traffic Safety Administration, it was named a Top Safety Pick by the Insurance Institute for Highway Safety. Most of the safety and driver-assistance features come in a standard like the forward-collision warning system with automatic emergency braking, lane-departure warning, and lane-keeping assistance, and adaptive cruise control, options for blind-spot monitoring system are also available

Your kid will sure;y love the 7-inch infotainment display that comes standard, but if you have the cash to spare you can opt for the higher trims which offer an 11.6-inch touchscreen which also has an integrated map that shows available charging stations within the area. It also comes equipped with Apple CarPlay and Amazon’s Alexa.

The Prius Prime rated 55 miles per gallon city driving and 53 on the highway, when combined with the electric motor from the hybrid system, it can get you 133 MPGe. With these numbers, this is perfect for fuel-conscious parents or if you’re teaching your kid responsibility and letting them pay for their own gas.

There are a lot more viable options out in the new and used automobile market, take note of the features mentioned above and compare to the other models that you or your kid might have in mind. Inspect the car especially if you’re getting a used one, and always ask for a test drive, a seller refusing you a test drive is a sure ball sign of a defective car, so walk away immediately at the first sign of hesitance. A test drive is the best way to get a feel of the ride, it would be best if you let your kid do the test, that way he will know if the car is right for him.

And just remember getting their first car will be a big moment for your kid, take it seriously but also consider it a bonding moment with your kid. Take time in choosing and always take their inputs into consideration, decide together on which car is best to get. There’s no point in getting a car for your child if they won’t enjoy driving it.