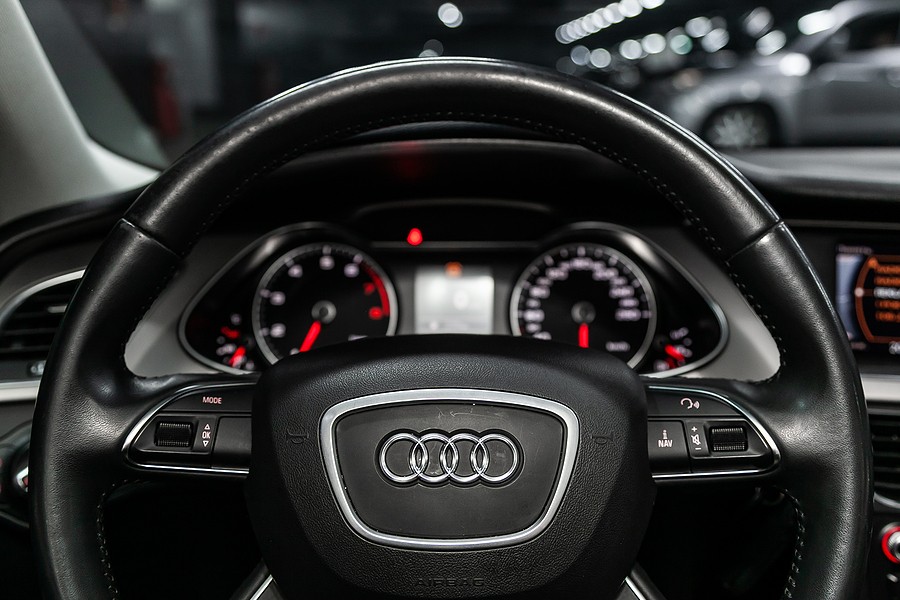 Audi A4 is an example of compact cars created by the German manufacturer “Audi” in 1994 and continued production till now. This vehicle is considered part of the Volkswagen Group and was produced in five generations.

Audi A4 design comes with a front-engine that is mounted by a rear transmission. Most Audi A4 vehicles come with front-wheel drive; however, some of them come with the all-wheel-drive or what's known as “Quattro.”

Audi A4 comes in two body styles the sedan and the station wagon. Some of the generations also have a convertible version.

While Audi A4 is one of the primary and top Audi model brands, the question remains Audi A4, a reliable vehicle?

In this article, We will highlight the 2020 results of the Audi A4 reliability according to the J.D. power dependability study and their pair of pal reliability ranking. Moreover, we will present the topmost reported problems with all Audi A4 model years along with information about the worst model years that you should stay away from. Finally, we will highlight the top reported Audi A4 recalls since it's directly related to its reliability.

In general, Audi A4 is considered one of the most reliable vehicles despite the severity and frequency of reported complaints by current and previous owners.

In this section, we will highlight the 2020 results for Audi A4 reliability, according to both studies.

The J.D. power dependability study evaluates four main variables to come up with a reliability ranking for each vehicle. These variables include quality and reliability, driving experience, resale, and dealership experience.

Quality and reliability represent customer satisfaction about the vehicle's design in terms of its parts, including the engine, transmission, all the way to the infotainment system. The driving experience is the customer's satisfaction with their feeling when they drive the vehicle in terms of safety, technology, functionality, performance, comfort, and design. Resale is a metric given by J.D. power experts to represents how much they expect each vehicle will lose from its value across the coming three years. Finally, dealership experience represents the customer satisfaction about their visits to the dealership, including the facilities, the quality of work, and the customer.

The repair pal reliability ranking is a more general ranking that is not limited to certain model years. Repair pal looks at millions of customer reviews across all model years to provide a final ranking for each vehicle, and this ranking ranges from 0 to 5.

Repair pal also has its variables when it evaluates vehicle reliability, and these variables include cost, frequency, and severity. Costs represent the annual average repair costs for unexpected or unscheduled repairs. Frequency represents the number of times a vehicle is brought to the dealership for unexpected repairs. Finally, the severity represents how bad they repair was when the vehicle was brought to the dealership for these unexpected repairs. Repair pal considers a repair to be severe if it requires costs that are three times higher than the average annual repair costs for this vehicle.

According to the 2020 results of the repair ranking, Audi A4 received a ranking of 3.5 out of five, which puts it in the above-average category. Audi A4 is expected to cost $739 per year on unexpected repairs, which is much higher than the average annual repair costs of all other vehicles at $652. However, Audi A4 is expected to be brought to the dealership about 0.37 times per year, and this number is slightly lower than the number of times for all vehicles of 0.4.

Finally, about 13% of Audi A Fords repairs are expected to be severe, and this number is slightly higher than the average number for all models of 12%.

Most Common Audi A4 Problems

Although we mentioned before that the Audi A4 is one of the top primary brands of the Audi manufacturer,  carcomplaints.com put together a list of common problems cross all model years for this vehicle as reported by current and previous owners. Here in this section, we will cover the top reported Audi A4 problem among all model years.

Carcomplaints.com indicated that a complete engine failure is very likely in almost all Audi A4 model years except 2002. Car complaints did not rate engine failure as the top problem as it was not reported by many owners when compared to excessive oil consumption. The Average reported repair costs for engine failure were about $6500, and the problem occurred mostly around 66,000 miles.

The third worst-rated problem with Audi A4 vehicles is piston failure. Many owners did not report this problem; however, it occurred mostly at low mileage of about 48,000 miles. The problem was ranked as the worst problem of 10 out of 10 and required repair costs of $8500.

Other common Audi A4 problems

Some of the commonly reported engine problems included excessive oil consumption, issues with the timing chain, some carbon deposits on certain valves, and complete trible failure.

Carcomplaints.com also ranks vehicles in the same make by model year. According to carcomplaints.com, 2011 was the worst model years among all Audi A4 years. While the 2011 Audi A4 did not receive the most reported complaints as 2009, this vehicle has other factors like high repair costs or problems occurring at low mileage.

Vehicles recall directly relate to their reliability. In this section, we will cover the top reported Audi A4 recalls across all model years.

According to a PayPal com, Audi A4 received more than 30 with calls that affected certain model years.

Audi recalled certain vehicles from the 2017 and 2018 model years due to issues with the passenger occupant detection system. This issue caused the airbag not to deploy at the right time during accidents increasing the hazard of higher injuries. To solve the problem, Audi requested dealerships to repair and inspect the airbag control unit software without charging the customers.

Another recall for the same model years was also reported regarding issues with the frontal airbags. Frontal airbags mounting screw might not be tightened enough, causing airbags not to deploy at the right time, increasing injuries hazard. To resolve the problem, Audi requested dealerships to inspect the screw and tighten it without charging the customers.

The last recall we would like to highlight here also has to do with the airbag problems. Audi recalled certain vehicles from 2005, 2006, 2007, 2008, and 2009 model years due to a ruptured airbag inflator. The problem might result in increasing the hazard of injuries during accidents. To resolve the problem, Audi requests dealerships to replace the frontal passenger airbag without charging the customers.

Should I still drive my Audi A4 if it has significant engine problems?

As we mentioned earlier, Audi A4 is plunged by lots of engine problems that start from excessive oil consumption to significant and complete engine failure. If you are a situation where we feel that your Audi A4 engine does not function properly, you might not feel safe to write this vehicle.

If that's the case, you might need to consider selling your Audi A4 vehicle as junk. Luckily, the cash car buyer is here to assist you. Cash Cars Buyer is one of the top-rated junk car removal companies in the nation as it does not only remove your vehicle within one to three days, but also it provides free towing for all customers despite their living location.

If you decided to sell your junk Audi A4, all that you need to do is to give cash cars buyer a recall and tell them about your vehicle's situation, accept their instant offer, get your vehicle removed within one to three days, and receive your cash payment right on the spot.

Audi A4 is one example of the compact cars created by The German manufacturer Audi.

Many complaints were reported about Audi A4 engine issues; however, this doesn't mean that the vehicle is not reliable.

According to both the J.D. power dependability study and the repair power reliability ranking, Audi A4 is considered one of the great vehicles when it comes to vehicle's reliability.

What does how do if we're able to rank mean for current owners or people who are shopping in their use market? For current owners, the high-reliability ranking indicates that Audi A4 is not expected to be brought to the repair shop for unexpected or unscheduled repairs. Moreover, even if Audi A4 was brought to the repair shop for unexpected repairs, these repairs are not expected to be severe and will not be very expensive.

Unfortunately, high levels ranking indicates that Audi A4 is not expected to lose from its value in the coming three years, which means that if shoppers in the used market cannot afford the current manufacturers suggested retail price for the Audi A4, they might not still be able to purchase this vehicle for a much lower price.