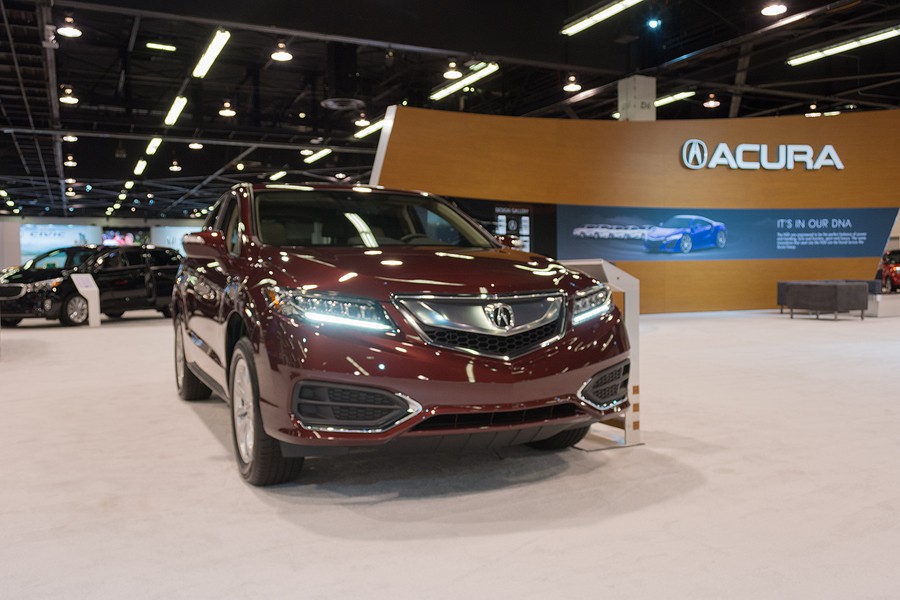 Looking for information about mechanical issues with any vehicle, the best way to get the most accurate information is by listening to what current and previous owners say about their vehicles. Several online websites are designed to allow owners to report mechanical problems they face during the lifetime of their vehicles.

In this article, we present the results of our intensive review of the 2019 Acura RDX reported complaints from these mentioned websites. We grouped the complaints into categories, and in each category, we include information about the problem, the suggested repair options, and repair costs along with the mileage at which the problem occurs.

The goal of our article is to help current owners of the 2019 Acura RDX predicts what type of problems will be dealing with shortly. This way, they can prepare themselves for the type of problem, and they expected repair costs. Besides, we also target shoppers for new vehicles by allowing them to make an informed decision about whether to buy the 2019 Acura RDX or not.

Before we start the discussion about the 2019 Acura RDX problems, we would like to give an overview of the mean characteristics of this vehicle focusing on the good features of it.

The vehicle was featured for the great cabin and large cargo space and the long list of technical features. It is important to note that 2019 is a completely redesigned version of the Acura RDX.

The 2019 Acura RDX comes with a 2.0 L 4-cylinder engine that gets about 272 horsepower and about 280 pounds foot of torque. This new vehicle comes with a big ten-speed automatic transmission making the engine get to its maximum capabilities at low-end torque.

According to Kelley Blue Book, the manufacturer suggested retail price M SRP of the 2019 Acura RDX is about $38,295.

In this section, we cover the most reported problems about the 2019 Acura RDX Problems. Since the 2019 Acura RDX is a relatively new vehicle, there are not a whole lot of reported complaints about this vehicle one can tell what the most common problem that other people might also report is. Therefore, even if they reported complaints about this vehicle are less than 30, we expect that other people are going to report additional problems during the lifetime of their vehicles.

According to carcomplaints.com, there are only 20 two reported complaints about the 2019 Acura RDX. Most reported problems were related to interiors and accessories, engine, brakes electrical system, and windows.

Interior problems were the most reported about 2019 Acura RDX vehicle, including issues with the infotainment and navigation systems.

Infotainment system problems are expected to occur most likely around 20,000 miles of this vehicle. The problem is expected to occur frequently more than six times a month, as reported by a couple of owners. Get the problem resolved. They had to reboot the battery. Luckily repair costs were covered under warranty.

The navigation system might glitch when it's connected to the Apple CarPlay in vehicles around 3000 miles. The owners were quoted the complaint did not include information about repair costs or if their options as they were not able to fix the problem.

In the world of automobiles, engine mechanical problems are the worst that any driver would like to deal with. They usually require very high advanced mechanical skill sets along with very high repair costs. In some scenarios, engine problems would lead to significant vehicle damages.

Unfortunately, the second most reported problem with the 2019 Acura RDX is related to the engine. At least ten owners reported issues with their engine, including loss of acceleration engine stalling and problems with oil warning light.

It is very likely for the 2019 Acura R DX to still go into limp mode at low speeds and lose acceleration and vehicles around 5400 miles. Per what's reported by several owners, when taking the vehicles to the dealership, mechanics were not able to identify the cause of the problem, and they mentioned it could be related to bad fuel. Unfortunately, the loss of the exploration problem was not resolved.

The third most reported problem with the acquire is that DX is related to the vehicle's brakes. Almost all owners reported issues with brakes squeaking in vehicles around 3000 miles. Unfortunately, the complaints did not include any information about repair options or repair costs however we expect that these problems were covered under warranty.

Electrical system problems fourth most reported about the 2019 Acura RDX vehicle. All reported problems indicated issues with ACC not working whenever the brake is applied.

At least one owner reported an issue with the ACC system not working whenever he hits the brakes. Even after taking the vehicle three times to the dealership resetting the computer, the problem still occurs. ACC issue was reported to happen around 2500 miles.

The last reported problem about 2019 occur are the X is related to windows squeaking whenever you pull them up or down. The problem is most likely to occur around 1800 miles. Again, since the vehicle was relatively new, repair costs were covered under warranty.

Are there any recalls about the 2019 Acura RDX?

According to Kelley Blue Book, Honda recalls certain vehicles, including 2019 acquire RDX due to issues with the fuel pump that could lead to failure.

Is it worth repairing the 2019 Acura RDX?

However, if we need to think about repair issues logically, there are a couple of questions you can sit down and ask yourself. If any of the answers to the following questions is yes, then it might not be worth repairing your vehicle.

The good news here is that even if you decided to get rid of your vehicle cash cars, buyers could assist you. You don't need to worry about the situation of your vehicle because the Cash Cars Buyer we guarantee buying any unwanted vehicle despite its condition model or year.

As one of the top-rated junk car removal companies in the area, we don't only pay the top dollars for your vehicle, we also provide free towing for all customers despite their living location.

Thus, all that you need to do is to give us a call, get your instant offer, accept it, get your vehicle removed within one to three days, receive your cash payment, and then you can use this cash payment to start a down payment for a new better vehicle that you deserve.

In this section, we included information about what current owners think of 2019 Acura RDX Problems. It is important to note that we focus this section on the worst reported complaints, not on general reviews. This does not mean that all reported reviews about this vehicle were negative; there is a lot of positive feedback hosted on many online websites from different customers. The idea here is to give you an overview of what's the worst to expect from the 2019 Acura RDX.

the first owner reported the problem to carcomplaints.com: ” This problem started on May 15, 2019 and I have the video on file on this problem. I called the car dealer and I showed them the problem. First they lubricated the window that day. But the noise came back the next day. I called the car service again and insisted to replaced the window. Finally the manager listening to my complaint. They fixed it and replaced the window. Few days after I have noticed that every time I rolled down the window it looks like loose. So I took it again to the car dealer on the 18th. I spoke to the mechanic and the manager and I was told to that they are going to call Acura if they can send the parts to fix the problem. Right now my husband is on the way to bring the vehicle to the shop. I will find out tomorrow if they have finally fixed this issue. ”

the second owner reported the problem to Vehiclehistory.com: ” The infotainment system has not worked to 100% since the first day I picked it up which is over a year. Blue tooth and Apple Car Play do not work just to list two if many issues. I am told it’s a nationwide problem that Acura is working on. Really? I escalated with Acura and the dealership with no real results. How would you feel to be paying for something that does not work? ”

the third owner reported the problem to edmunds.com: ” I had my “dream car” for 7 months and then traded it in for something more reliable. When I first purchased the Acura RDX Advance I was ecstatic. Everything seemed to be customized for me. From the memory seats to the technology, to the safety components. I was in love with my SUV. However, things seemed to go south the longer I owned the vehicle. First it was the constant issues with the Infotainment System. I would exit the vehicle and it wouldn’t turn off. I called the dealership and they either thought I was dumb and didn’t know how to operate a car, or they would say “this is the first time we’re hearing about this…” I found a site called AcuraZine which had a workaround for turning off the frozen system so I wouldn’t get a dead battery. So that was the first issue. The second was the constant brake squealing after about 3 or 4 months of ownership. I drive typically on the interstate, so nothing weird about my driving habits. The last, and most terrifying issue was the electronic issue. I was on my way to work, driving about 65 mph, and everything shut off except for the engine. So I had no dials (since they’re digital) / no GPS / no A/C nothing electronic whatsoever in my car. It was pitch black. I was in the middle lane and there was no way to pull over. I safely made it to work. When I placed the vehicle in park all electronics came back on but they were “strobing.” I called the dealership who told me to bring it in ASAP. After an hour they found nothing wrong and sent me on my merry way. This happened too many times for me to be comfortable with the reliability of the vehicle and the dealership never found any issues so I just traded it in for something more reliable and safe. I really wanted to love this car but for the price I paid (and the thousands of dollars I lost trading it in) it just wasn’t worth my safety. I hope this helps others. ”

While it is a little early to conclude mechanical issues with the 2019 Acura RDX, reported complaints and draw some signs about what type of mechanical problems are expected to be reported shortly.

In general, most reported complaints about this vehicle has to do with the interior, engine, brakes, electrical system, and windows.

Since most reported complaints were related to relatively newer vehicles, there was limited information about repair options or if your costs as these vehicles were covered under warranty.

Even with a couple of reported complaints about the engine, the 2019 Acura R DX is still a very good vehicle, and the bottom line of this article suggests that anyone interested in buying this vehicle goes ahead and buys it. Even if you came across any mechanical issues, these issues could be covered under warranty, and we recommend that you post complaints about any issue we face during the lifetime of your vehicle to help others better understand what to expect from the 2019 Acura RDX.