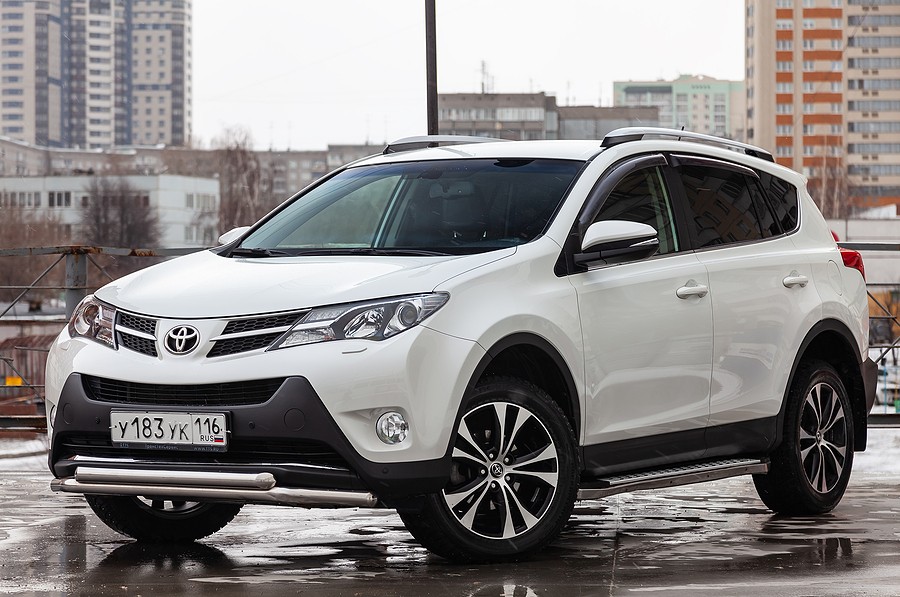 2015 Toyota RAV4 problems were related to the braking system, the body and paint, the AC and heater, the interior accessories, the engine, and the windows.

Although the 2015 Toyota RAV4 was ranked as one of the best 2015 affordable compact SUVs, it still suffers from several major areas. Some of these issues include poor interior quality and slow acceleration on the highways.

The purpose of this article is to focus on highlighting the main expected mechanical problems in the 2015 Toyota RAV4. Our team analyzed all available customer interviews about their experience with their 2015 Toyota RAV4. We summarized them and highlighted the top reviews and expected repair costs, and possible mileage where the problem might occur.

This article serves as detailed guidance for people interested in purchasing a used 2015 Toyota RAV4. You will have a good idea about what are the major mechanical problems and when they will occur. It will also help current owners of 2015 Toyota or 84 let them know when to expect major issues and determine when it's the right time to get rid of this vehicle.

The 2015 Toyota RAV4 was ranked as #14 in the best 2015 affordable compact SUVs according to cars.usnews.com. The vehicle received a score of seven out of 10 in their ranking criteria.

This car was featured for the amazing roomy front seats and the large cargo space. Unfortunately, the vehicle suffered from many critical areas, including problems with accelerating on the highways, very poor material in the interior, which does not follow similar vehicles from other competitors in the same class.

The 2015 Toyota RAV4 Comes with a 2.5-liter 4-cylinder engine with a towing capacity of 1500 pounds. It is equipped with a 6-speed automatic transmission and can't achieve between 24 miles per gallon on city rose and 31 miles per gallon on highways. This vehicle's fuel tank capacity is about 15.9 gallons, While the oil capacity is 4.6 quarts.

The manufacturer suggested retail price of the 2015 Toyota RAV4 is about $25,000. This price does not include any additional options or higher trims.

2015 Toyota RAV4 problems were related to the braking system, the body and paint, the AC and heater, the interior accessories, the engine, and the windows.

In the following sections, we will take a closer look at each problem category and highlight average repair costs and expected mileage when the problem occurred mostly.

The problem did not occur at a consistent mileage as some people complained that they are having issues with their braking system at as low as 3000 miles, while others complained about their brakes at as high as 10,000 miles.

Unfortunately, none of the indicated complaints mentioned any repair costs that most of these repairs were taken care of under the extended warranty.

Surprisingly, a good number of reported complaints indicated issues with the 2015 Toyota RAV4 paint. These issues occurred at an early stage of the vehicle’s lifespan of as low as 300 miles only!

Body and paint issues ranged from simple paint chipping easily, rust spots occurring on scattered relocations around the vehicle’s exterior, problems with quotes bubbling, and some debris in the door jamb.

Again, new information about the repair costs in this category could be related to insurance coverage as the vehicle is still at the early stages of its lifetime.

The third most reported problem about the 2015 two RAV4 has to do with the AC system. Several customers complained about problems with the AC and heater not working properly, weird full order, and the blower did not stop working.

There was no consistency in mileage at where and when the problem might occur. Some reported complaints about vehicles around 45,000 miles, while others were related to vehicles at around 10,000 miles.

2015 Toyota RAV4 interior problems were also reported a couple of times by several customers. Some people indicated issues with the navigation system that's not working immediately without any previous warning science.

Another group of people had connectivity issues, while others did not like the overall interior material as the upholstery deteriorated very fast and the steering wheel colored faded quickly.

Luckily, in 2015 to other ages did not have any complaints related to engine issues or transmission problems.

Only seven complaints were reported about engine hesitating, excessive oil consumption, or loss of power while driving. This number of complaints is not considered significant when comparing to any other vehicle’s complaints.

Thus, we cannot just say that the 2015 Toyota RAV4 has measure engine problems.

They reported complaints did not have any consistent mileage to track as some people had excessive oil consumption at 14,000 miles while others had other related engine issues at 4000 miles.

A few numbers of customers reported issues with the electrical system in their 2015 Toyota RAV4. Some customers said that their engine does not start and won't turn over without any clear reason.

Other customers reported issues with the wiring chewed by rodents. Finally, a couple of reported complaints indicated that the Toyota RAV4 does not start.

Average repair costs for resolving the electrical problems in 2015 Toyota RAV4 were about $390.00 as the driver needed to replace his alternator and battery.

Most of these electrical problems occurred at around 39,000 miles.

The last issue we would like to highlight here is related to the 2015 Toyota RAV4 windows. Only five complaints were reported about the moon roof leaks.

Reported complaints were associated with vehicles around 20,000 miles feared customers who reported these complaints resolved the problem by cleaning the drainage tubes or replacing the sunroof.

It is great to listen to real owners about their experience with the 2015 Toyota RAV4. Therefore, we dedicated this section to highlight the top reported reviews from real customers about mechanical problems they faced during 2015 Toyota RAV4 ownership. Most of these reviews are focused on the braking system problems as they had to do with safety issues.

The first customer had a terrifying experience with his Toyota RAV4 braking system. He mentioned that he was in a drive-thru lineup at McDonald’s, and when it was his turn, he removed his foot from the braking puddle and then moved forward.

When he got to the window and decided to stop, the brake did not respond, and he ended up hitting the Bush as he tried to avoid hitting the car in front of him.

Then, he thought that he missed the pedal, so he tried to reverse the car but then, the car did not also respond and ended up hitting another car bumper.

The customer indicated that the problem was terrifying, and he was lucky enough for the situation to happen as he was driving at low speeds. Imagine if a similar situation happened on the highway; what would happen?

Another horrific experience by a second customer indicated that the 2015 Toyota R-84 has an intermittent braking problem.

The driver was trying to go between two buildings before the brakes did not engage, and he hit the apartment building next to his house. When the police arrived, then the officer drove the vehicle and did not replicate the problem. Unfortunately, this intermittent braking issue resulting in damages that costs about $12,000 for this customer.

The customer is now terrified to drive the vehicle again because he is concerned that the problem might occur one more time. The braking issue was not the first incident for this customer, as he had a similar issue after less than a year of ownership.

The third customer had another problem with her braking system. She indicated that as she was trying to reverse the back of her garage, the brake system did not engage, and she ended up hitting the neighbors garage, causing some damages to the garage door and her vehicle.

Unfortunately, with her son trying to drive the vehicle again, he could not replicate the problem, indicating that the two are RAV4 is having an intermittent braking issue.

Although the vehicle did not have any major damages as everything was simple scratches, the customer was completely terrified of driving this vehicle again.

The last customer had a significant issue with her 2015 Toyota RAV4 not starting. She indicated that she left the vehicle for a couple of days without using it. Then, when she tried to turn the keys, the vehicle did not respond.

After bringing her vehicle to a professional mechanic, he indicated that both the battery and alternator failed, although her vehicle is relatively new.

The customer was disappointed as she did not expect these major problems at an early stage of her 2015 Toyota RAV4 lifetime.

The 2015 Toyota RAV4 is a great compact as UV for many customers. It was ranked high for many amazing features; however, the vehicle suffers from mechanical issues most likely associated with the braking system.

Other reported problems about the 2015 Toyota RAV4 have to do with the interior, windows, Body and Paint, AC and heating system, interiors, etc.

Most of these problems did not require very high repair costs, and it usually was covered under the extended warranty.

The only concern about the 2015 Toyota is 84 problems related to the braking system's safety issues. Several customers had terrible situations with intermittent braking problems.

If you plan to purchase a used 2052 at RAV4, make sure to perform a pre-purchase inspection and have a professional mechanic confirm that the braking system does not have any problems.

If you are an existing owner of a 2015 Toyota RAV4, can your vehicles give you a hard time getting repaired? We advise you to get in touch with Cash Cars Buyer who guarantees to buy your Toyota despite its type or condition.

We will pay you the top dollars that your vehicle can make around the region, and we will tell your vehicle free of charge no matter where you're living around the United States!

As a 24-hour car removal company, we can remove your 2015 Toyota RAV4 within three days only unless you're interested in our same-day pickup option.

To get started with our process, all it takes is just a quick conversation with our team by giving us a call at 866-924-4608 or visiting our home page click on the free instant online offer.