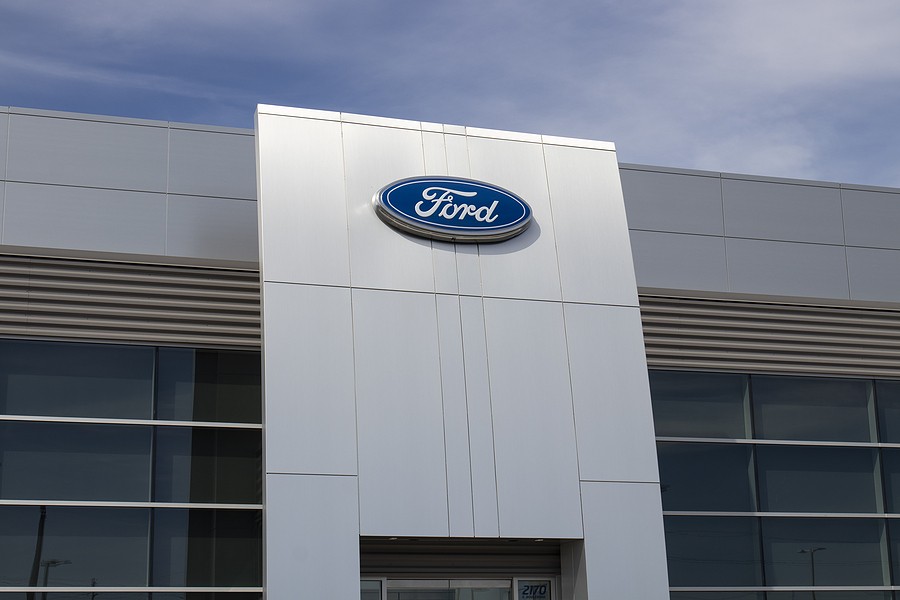 One of the recommended ways to look into any vehicle’s problems is to review what current and previous owners say about their vehicles. Thanks to the many car complaints websites that allow people to report mechanical issues with their vehicles.

In this article, we summarize the most reported complaints about the 2010 Ford Fusion from the biggest complains websites. In summary, we include information about repair options and repair costs, and the mileage at which the problem occurs.

The 2010 Ford Fusion was ranked as the second top-rated 2010 Affordable Midsize Car, according to Cars.USnews.com. It was also ranked as one of the top Used Midsize Cars Under $15K.

This vehicle was featured for the availability of an all-wheel drive, the great sporty handling, and the roomy cargo space.

The vehicle comes with either a 2.5 L four-cylinder, 3.5 L V6, or a 3.0 V6 engine. This engine is associated with either a six-speed automatic or manual transmission.

Other owners mentioned that their vehicle would have issues with the steering power, followed by steering locking. The problem was also described as very significant and could “kill someone.” To get the steering back to work, the owners had to replace the rack and the pinion for about $1,800. Steering locking was mostly reported by vehicles around 100,000 miles as well.

The last problem we would like to highlight here is related to the power steering assist failure. Most owners mentioned that Ford has to replace the entire steering system for all vehicles that has a steering assist. While they did not include information about repair options or repair costs, steering assist problems occurred mostly at vehicles around 134,000 miles.

Engine problems are one of the worst problems that any driver doesn’t want to deal with. This is because all these problems usually require high repair costs.

Unfortunately, the second most reported problem with the Ford Fusion has to do with the engine. These problems are either related to loss of power, engine stalling, engine running rough, check engine illuminating, and complete engine failure.

A large number of owners reported that their 2010 Ford Fusion engine would start stalling while they are in the middle of traffic. This stalling won’t stop until they had to stop the vehicle completely. Engine stalling was mostly resolved by either replacing the throttle body, actuator control, restarting and resetting the car, replacing the ignition coil, or replacing the electronics. The average repair cost for engine stalling was about $380, and the problem mostly occurred at vehicles around 77,000 miles.

Rough acceleration is another commonly reported problem with the 2010 Ford Fusion, as owners mentioned. They said that their vehicle’s throttle body needed replacement more than one time in a row without a clear reason for why this is happening and despite the regular maintenance of the vehicle. This problem occurred mostly at vehicles around 92,000 miles.

The check engine light is used by the internal computer to indicate any mechanical problem. While it is very helpful to keep an eye on the check engine light, things get very frustrating if the check engine light frequently illuminates, as reported by many 2010 Ford Fusion owners. The problem was fixed by either replacing the purge valve or installing a new battery. The average repair cost for this issue was about $90. Check light issue occurred mostly at vehicle around 67,000 miles.

A large group of owners complained about dealing with transmission failure despite the regular maintenance of their vehicles. Some owners indicated that transmission failure occurred early at vehicles around 60,000 miles. Unfortunately, they had to pay for repair from their pocket as they did not renew the warranty. The average transmission repair cost was about $1,690.

Issues with transmission shifting were also commonly reported by the 2010 Ford Fusion owners. The problems were mostly related to programming issues and required average repair costs of $4,520. Shifting issues occurred mostly at vehicles around 65,000 miles.

Other owners indicated issues with transmission jerking right after replacing the water pump. Unfortunately, the problem required either transmission rebuild or installing a new transmission for about $4,400.

The fourth most reported problem about the 2010 Ford Fusion has to do with the vehicle’s interior. Interior problems were related to issues with doors handles, latches, and heated seats.

Many owners reported frustration from the poor construction of the door handles as they brake easily despite the gentle use. Replacing the door handle required about $160 on repair costs, and this problem occurred mostly at vehicles around 70,000 miles.

2010 Ford Fusion doors issues included problems with door latches that prevented owners from opening their doors from inside and every time they had to roll down the windows and open it from outside. Door latches problems occurred mostly at vehicles around 75,000 miles.

Lastly, seat heaters were reported to have problems with overheating and causing uncomfortable driving experience. To repair the seat heaters, owners had to replace it for about $220, and the problem occurred mostly with vehicles around 66,000 miles.

Brakes problems were also common with the 2010 Ford Fusion, as reported by at least 20 vehicle owners.

Although brakes problems were not reported as frequent as the steering, engine, or transmission problems, brakes issues resulted in significant safety issues. For instance, some owners reported that the brakes could go all the way to the floor until they pump them to stop. The problem was mostly resolved by replacing the ABS hydraulic pump control assembly for about $1,300. This problem occurred mostly at vehicles around 80,000 miles.

Premature brake wear was also reported frequently about the 2010 Ford Fusion brakes pads of 28,000 miles vehicles. I was replacing the pads required about $280 on repair costs.

The 2010 Ford Fusion had some fuel system issues, including gas tank leaks, and emission vapor leak.

At least six owners reported smelling some gas whenever they are around their vehicle. They first thought they spilled some gas but turned to be a leak in the fuel tank. To get the problem resolved, they had to replace the entire fuel tank for about $1,010. This problem mostly occurred at vehicles around 90,000 miles.

The second most reported problem with the fuel system has to do with air getting into the gas line. While repair options varied from owner to owner, the average repair cost for air into the gas line was about $250. The problem was reported mostly by vehicles around 80,000 miles.

Electrical problems were not reported frequently by the 2010 Ford Fusion owners; most reported complaints indicated issues with either the battery, wiring, and the smart junction box.

Some owners reported some melted wiring harness. This issue was associated with windows fog that causes issues with vision while driving. The problem was resolved mostly by replacing the spark plug with a higher amp rating for about $150. This issue occurred mostly at 67,000 miles.

Other owners mentioned that their vehicle’s smart junction box failed and caused all electrical systems to stop functioning except starting the engine. The problem was resolved by either reconnecting the battery or replacing the junction box for about $330. This issue occurred mostly at vehicles around 130,000 miles.

In this section, we included information about what current owners think of their 2010 Ford Fusion problems.

This owner complained having issues with the vehicle’s fuel economy to Edmunds.com: “Disappointing fuel economy (not as good as window sticker indicates), don't be fooled by Ford's deceptive advertising! Most of all the cool new features of this car come from Sony, Microsoft, visteon, etc. Etc. Disappointing quality, this car is jam packed loaded with electrical gremlins (reverse sensors & air bags), transmission flaws, cheap parts, and engineering/design flaws galore. At 4500 miles door latches are starting to break. Has anyone noticed the totally useless sun visor that blocks the entire view of the road when folded down? Overall level of refinement is extremely disappointing and lagging when compared to rivals. Why so much money on advertising Ford? Poor dealer treatment”

This owner reported having multiple issues with his vehicle to vehiclehistory.com: “The vehicle always seems to have something break on it that needs repair. I have had to replace the transmission lines, the battery, the alternator. The door handle broke. The car is already starting to rust bad. I will eventually need to replace the transmission as it slips sometimes when shifting.”

This last owner reported problems with his vehicle’s engine to carcomplaints.com: “been having vapor lock problems with my 2010 ford fusion 2.5 ESL since I bought it in 2014 , where the car will act like it wants to stall in the middle of traffic and not want to go until you stop, turn off the engine and sit a lil bit, then restart it . then it will act like nothing ever happened ! but it's a pain in the butt and it can get me into a accident!”

In this section, we provide additional information and answer the most frequently asked questions about the 2010 Ford Fusion problems.

As we mentioned earlier, several owners of Ford Fusion indicated problems with the vehicle’s transmission. Some of these problems include harsh shifting, transmission slipping, and the vehicle might start shaking due to issues in the transmission.

Yes, Ford recalled some of its vehicles, which were created between February 27 and March 26 of 2010. this is because they noticed that the park rod guide retention pin was not installed correctly in some of them. These issues with installation violate federal motor vehicle safety requirements.

Experts mention that if you perform regular maintenance for your Ford Fusion, it might last up to 200,000 miles without needing significant mechanical repairs. In general, the lifetime of any vehicle depends a lot on the owner’s drive style and on the frequency of performing vehicle maintenance.

According to Kelly Blue Book, the Manufacturer Suggested Retail Price (MSRP) for the 2010 Ford Fusion is $20,000. Of course, the value increases as we go upper in the trim levels. The highest trim costs up to $28,500.

The 2010 Ford Fusion has a Bluetooth as an option; thus, the base model doesn’t have Bluetooth, and you need to get the SYNV system, which differs by the trim level.

Most reported problems about the 2010 Ford Fusion has to do with the steering system, engine, transmission, interior, brakes, and others.

Unfortunately, the reported problems about this vehicle required relatively high repair costs, which raises red flags about whether to own this vehicle or not.

Selling Your Car for Cash: A Comprehensive Guide