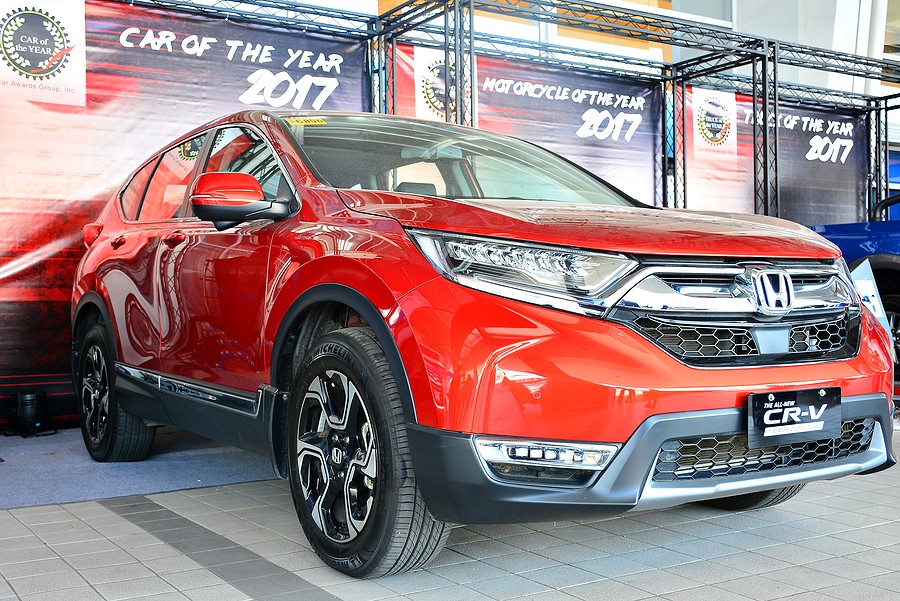 2005 Honda CR-V problems are mostly related to the transmission, lights, AC and heating system, interior, electrical problems, others, as reported by many owners.

The goal of this article is to provide an overview of what type of problems current owners might face. Also, we assist new shoppers in deciding whether to buy the 2005 Honda CR-V or not depending on the type of problems and expected repair costs.

In this article, we start with a quick high-level overview of the 2005 Honda CR-V main characteristics. Then, we summarize the most reported complaints about this vehicle by category. in summary, we provide information about suggested repair options and repair costs along with the mileage at which the problem occurs. Finally, we included a section on direct owners' opinions about this vehicle in addition to the most frequently asked questions about the 2005 Honda CR-V problems.

In this section, we provide an overview of the 2005 Honda CR-V, focusing on the main pros before diving into the cons.

According to Edmunds.com, the 2005 Honda CR-V is featured for the great cargo space and roomy interior. The vehicle provides a great riding experience and has excellent crash scores.

The 2005 Honda CR-V had significant changes, especially after the redesign, including updates to the headlamps, the front facias, and the antilock brakes.

The vehicle seats up to five passengers and provides up to 2 miles per gallon on city road and 29 miles per gallon on the highways. It comes with a 2.4 L four-cylinder engine and either a five-speed automatic or manual transmission. With this vehicle, you can get up to 1,500 lbs of towing capacity and about 162 lb-ft of torque.

Now we have a good understanding of the main features of the 2005 Honda CR-V; this section covers the main reported problems about this vehicle. Most of these problems have to do with either the transmission, the lights, the AC and heating system, the interior, and electrical system, and others

Transmission problems are one of the worst problems that any driver would like to deal with. This is because transmission repair required relatively high repair costs and a significant level of effort to get fixed, if possible.

The second most reported problem with the 2005 Honda CR-V is related to significant issues with the lights.

If you own a 2005 Honda CR-V, you might already notice that the headlight burn out frequently despite any type of regular maintenance. Headlights burning is usually fixed by replacing the bulb or replacing the ceramic part that holds the light bulb. The average repair costs for headlights are about $50, and the problem occurs mostly at vehicles around 105,000 miles.

Some owners complained that water might get inside the 2005 Honda CR-V light lenses. The problem doesn't only occur during rain. Water gets inside the light lens from the carwash, which is a very annoying problem, as reported by these owners. Water leak into the lenses occurred mostly at vehicles around 55,000 miles, and it required about $100 on repair costs.

Almost all reported complaints about the AC and heating system is related to AC not working at all at the 2005 CR-V vehicle.

The problem is not about AC stopping working one time, and owners mentioned it happens frequently and made driving uncomfortable, especially during summer. To get the problem resolved, owners had to replace the entire AC system for about $1,640. A problem occurs mostly at vehicles around 85,000 miles.

A couple of owners mentioned that their new 2005 Honda CR-V had problems with the dome light, where it doesn't open when you open the door. However, it opens when you close the doors. The owners did not provide information about repair options or repair costs.

Continuous issues with door locks were reported by 87,000 miles Honda CR-V owners. Door locks won't function properly without a clear reason and despite the continuous regular maintenance. To get the problem resolved, they had to replace the door actuator.

At least one owner complained that there is inconsistent heat coming from the heated seats, which caused driving uncomfortable. The problem occurred at a vehicle around 160,000 miles. However, the owner did not mention any information about repair options or repair costs.

Electrical problems were also reported frequently about the 2005 Honda CR-V. These problems were related to issues with the engine not starting, dash cluster failure, and starter dying.

The most-reported electrical problem about this vehicle is related to the engine not starting. While you might see the lights on, owners were not able to start the vehicle. The problem can be resolved by replacing the starter for about $700. Starter problems were reported mostly by vehicles around 40,000 miles.

At least one owner indicated significant issues with the dash cluster of his 80,000 miles 2005 Honda CR-V. The owner indicated that the dash cluster problem was also associated with brake warning light illuminating and other issues with the speedometer. The owner confirmed that he performs continuous maintenance to his vehicle and had no idea about why these problems occur frequently.

Like transmission problems, engine problems are one of the worst problems that you don't want to deal with due to the high repair costs. Fortunately, engine issues are not very common with the 2005 Honda CR-V. In general, very few reported engine complaints had to do with issues with check engine light, problems with the engine dying while driving, and excessive oil consumption.

One owner mentioned that his vehicle's engine died suddenly without a clear reason for his 111,000 miles vehicle. The problem was related to the alternator and was resolved by replacing the part for about $300.

The last reported engine problem had to do with excessive oil consumption. oil consumption, however, was not very common and reported only by one owner of a 160,000 miles vehicle. At this mileage, it is not surprising to start dealing with major mechanical issues with any vehicle.

Similar to the engine problems, windows problems were not reported frequently about the 2005 Honda CR-V.

The most-reported complaint has to do with windows not functioning at vehicles around 100,000 miles. The problem was resolved by replacing the windows motor for about $650.

To provide a clearer idea about the type of problem you might face with the 2005 Honda CR-V, we allocated this section to provide current owners' opinions on their vehicle.

This owner reported a complaint to carcomplaint.com about issues with the vehicle's transmission: “The transmission failed. My wife was stranded on the road on a cold evening. After the diagnosis, we had no choice but to sell the car completely instead of fixing as the cost of the fix is the near value of the car, and the car was 10 yrs old plus 160000 miles.”

The second owner reported a complaint to vehiclehistory.com about his car's quality issues “We have had our 05 CRV since it was only 2 years old with only 19k miles on it. It now has 179k. This is my third and last Honda that I will ever own. It will serve you well for the first 5 years of its life, but watch out afterwards. I have had consistent suspension and alignment issues despite replacing all four struts, control arms and even a ball joint. I still have a poping in the front end that the mechanic can't figure out and it pulls to the right despite never being in an accident. I have had to replace a window regulator in the drivers door and now we cannot use the door lock and power mirror switches in the drivers door. Also the outside trim is falling off in the Az sun. The power steering pump went out and you will likely need a new AC compressor at some point like we did due to a design flaw were the exhaust manifold is too close to it making it too hot. I had a 86 Accord and an 89 Civic previously that we're both a lot more durable. I am sticking to Toyotas and I hope to trade in this heap soon.”

The third owner reported a complaint to Edmunds.com regarding issues with the AC compressor: “I have been a victim of the A/C compressor defect, along with countless others. I have a 2005 CR-V, which had the first compressor go bad at 56,000 miles. I bought it new from Coral Springs Auto Mall in 08/05. In 05/08, the A/C system failed to blow cold air. I took it in and the dealer told me that the compressor “exploded” and shot filament through the whole system, hoses and all had to be replaced for 3200.00. I am a single mother, and could not afford that. I called my own personal mechanic, who told me that my compressor “locked up”, brought it out, and showed me what happened and how it worked. He fixed it for 1300.00.”

The last owner reported a complaint to repairpal.com about the vehicle's vibration when driving: “While driving at low speeds 20 to 45mph if I hit a bump on the road the car goes into a severe vibrations along with the steering wheel for about 10 -15 seconds until I leave of the gas pedal then it stops vibrating. It has about 60k”

In this section, we focus on the most frequently asked questions about the 2005 Honda CR-V problems.

The biggest problem with the Honda CR-V is related to the fuel injection system. If you own such vehicle, expect to have continuous issues with having fuel in the oil that can cause some gas-like smell whenever you drive your vehicle.

Transmission issues occur mostly on Honda CR-V vehicles around 133,000 miles. Some of these biggest issues include harsh shifting, problems with gear switching from first to second.

Honda CR-V is one of the most reliable compact SUVs as reported by repairpal.com with a reliability rating of 4.5 out of 5. the vehicle was ranked the second place out of 26 compact SUVs. The average annual repair cost for the Honda CR-V is about $407, which is considered good.

In general, any vehicle's engine can last longer if you take good care of it. For instance, if you perform regular maintenance to your Honda CR-V, the engine could last up to 250,000 without significant problems.

According to customer reviews and experts' opinions, the Honda CR-V could last between 100,000 and 150,000 miles assuming you perform regular maintenance to your vehicle.

Two thousand five marks the ninth model year for the Honda CR-V. While this year, it was not ranked as the worst model year, it did receive a relatively high number of reported complaints.

Unfortunately, he most reported a problem with the 2005 Honda CR-V has to do with transmission failure, which requires very high repair costs.

Transmission problems were not the only reported issues with this vehicle; there are also light, AC and heating systems, windows, and few complaints about issues with the 2005 Honda CR-V engine.

Since the goal of this article is to educate current owners and new buyers about what type of mechanical problems they should expect, the high number of reported complaints about the vehicle's transmission raises red flags and suggest staying away from it.

The suggestion for current buyers is to be prepared to face transmission issues any time and keep in mind an option for selling their vehicles.

If you decided at any time to sell your vehicle, you are in the right place. Cash Car Buyer is one of the top-rated junk car buyers and is willing to buy your 2005 Honda CR-V despite its condition. Plus, we offer free towing for all customers despite their living location.

The process is super simple! All that you need to do is to give us a call, describe your 2005 Honda CR-V's condition, accept our free offer, and get your car towed within one to three days for FREE.