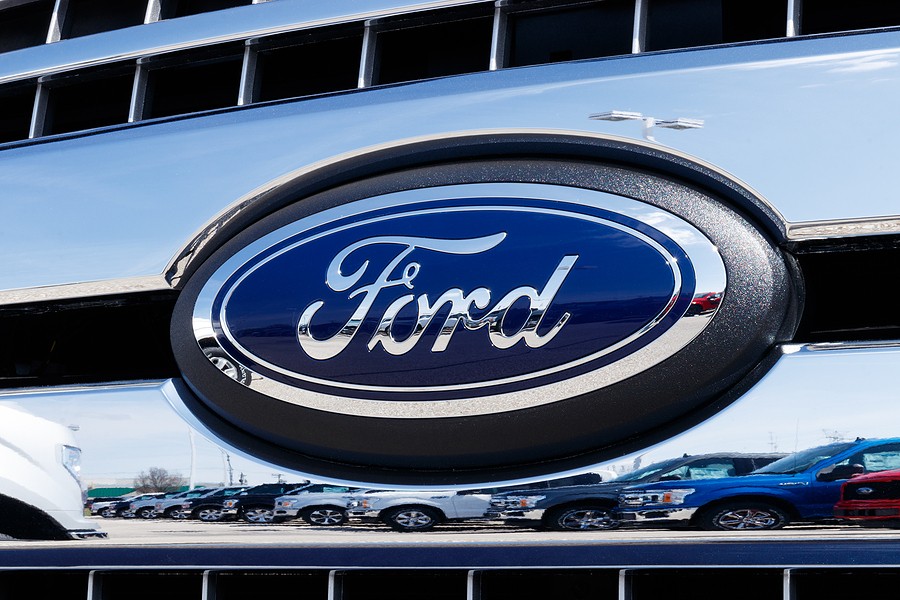 Most reported 2007 Lincoln MKX problems were related to the transmission, the drivetrain, the electrical system, the exterior, the brakes, and others. In general, the 2007 Lincoln MKX did not receive a high number of reported complaints, although it is the first model year for this brand.

For this article, we conducted an intensive review of all reported complaints about the 2007 Lincoln MKX and summarized the main information to the current owners and new shoppers. This way, current owners can make an informed decision about whether to keep or get rid of their vehicles in case repair costs get close to the value of the vehicle.

2007 Lincoln MKX is the first crossover SUV produced by the Lincoln brand of Ford Motor Company. This vehicle has a reasonable price for a luxury sedan, and it has lots of pros, including the large cargo space, the luxury interior, the smooth drive, and the relatively high safety scores.

The 2007 Lincoln MKX comes with a 3.5 L V6 super powerful engine that provides up to 265 of horsepower and 250 lb-ft of torque. This vehicle comes with a six-speed automatic transmission and has a fuel tank capacity of 19 to 20 gallons.

According to Kelly Blue Book, the Manufacturer Suggested Retail Price (MSRP) for the 2007 Lincoln MKX is about $34,795, and the price for higher trims can get up to $36,445, especially with the all-wheel-drive.

It is not surprising for the first model year of any brand to receive a high number of reported complaints. This is because automakers companies usually take advantage of reported complaints to improve their new models. Complaints can also rise if the automaker performed significant changes to the model or complete redesign as this will introduce new problems and new technology the customers are not used to using.

That's what happened with the 2007 first model year of the Lincoln MKX. The vehicle received numerous complaints regarding the transmission, the drivetrain, the electrical system, the exterior, the brakes, the engine, and others. In general, the number of reported complaints is relatively low when compared to other similar vehicles from different brands

Transmission problems are one of the worst types of problems that any driver would not like to deal with. This is because they require a lot of repair skills and significantly high repair costs. Even if you have the required mechanical skills, you still need to take your vehicle to the ship to get the required toolset.

Transmission slipping is a very common problem with the 2007 Lincoln MKX vehicles around 65,000 miles. The problem would cause safety issues, especially if you tried to slow down and then accelerate in the middle of traffic. Unfortunately, to get rid of transmission slipping, the only reported repair options were to replace the transmission.

Complete transmission failure was also reported by several 68,000 miles Lincoln MKX owners. To get rid of the problem, they had to either replace the sensors, reflash the software, or replace the entire transmission module for about $920.

Furthermore, transmission chugging is another common problem with the 158,000 miles 2007 Lincoln MKX vehicles, as reported by several owners. Despite the regular maintenance and even after they took their vehicles to the mechanic, the chugging did not stop and got even worse. The chugging sound was mostly like driving on the rumble strips on the highways. Unfortunately, the mechanics were not able to identify error codes, and the problem was not resolved.

Lastly, transmission problems might also occur around 30,000 miles as many owners reported issues with transmission shifting at low speeds. The owners were not able to identify the cause of the problem, and thus, the transmission hard shifting issue was not resolved.

The second most reported problem about the 2007 Lincoln MKX is related to the drivetrain. More specifically, a failed transfer case is a very common problem with this vehicle.

Transfer case issues would start with some leak in 131,000 miles vehicles. The leak could be dark black and inky. Several owners first thought it's an issue with the gasket. However, the leak was actually in the transfer case and required a replacement of the transfer case for about $1,800.

Electrical problems were also common with the 2007 Lincoln MKX, including engine computer malfunction, issues with the power liftgate, and flickering in the lights.

The biggest and most critical electrical issue you might face with your 88,000 miles Lincoln MKX is the complete engine computer malfunction. To get the problem resolved, you will need a new computer, coils, and plugs, which cost about $1,590 on average.

Other electrical issues like the automatic tailgate failure occur mostly around 52,000 miles, and lights flickering occurs around 95,000 miles. No information was reported about repair options or repair costs for these two common problems with the 2007 Lincoln MKX.

Liftgate issues were also reported in the exterior problem categories with at least two complaints. Several owners reported that their tail liftgate would slam closed suddenly without a clear reason and despite the regular vehicle maintenance. This problem also occurred at vehicles around 59,000 miles.

Brakes' problems were not very common with the 2007 Lincoln MKX vehicles. Only two complaints were reported from current owners related to the ABS and the brake leak.

If your 51,000 miles 2007 Lincoln MKX vehicle experienced a sudden ABS check light illuminating, the problem is most likely related to the wheel speed sensor. To get rid of the problem, you need to replace this sensor for about $100. In general, the ABS check light problem is not super common and was not reported as frequent as the other problems.

The 2007 Lincoln MKX might experience brake leak around 73,000 miles. However, this problem is not very common, and it was only reported one time. It is still worth mentioning it, so current owners keep an eye at any possible leak in their vehicle's brake.

Luckily, very few complaints were reported about the 2007 Lincoln MKX engine issues. One related to engine failure and another one related to an engine misfire.

Lastly, one owner reported sudden engine misfire that caused the check engine light to illuminate despite the regular maintenance every 5,000 miles. The problem required about $2,000 on repair to replace the main computer, the plugs, and the coils.

Fuel system problems were not very common with the 2007 Lincoln MKX, with only two reported complaints. These complaints were related to gas gage and fuel leaking issues.

Gas gage malfunction might occur around 125,000 miles of this vehicle. You will notice the problem if you tried to fill the gas tank and not seeing a response from the gas gage showing the level of filled gas. The problem can be resolved by replacing the sending unit in the gas tank.

Leaking fuel is very rare in this vehicle, but we would like to mention that this leak could occur, even with one reported complaint about a 67,000 miles vehicle.

Anyways, the only one reported complaint about the 2007 Lincoln MKX indicated melting headlight wire of a 3,000 miles vehicle. The problem was resolved by replacing the wire harness of this vehicle.

In this section, we included information about what current owners think of the 2007 Lincoln MKX Problems.

The first owner reported a problem to carcomplaints.com: ” Purchased this MKX two months ago with no warranty. Two weeks after I had it, I kept noticing black oil substance on my garage floor. Took it to a Lincoln/Ford repair center and was told the PTU was bad and needed replacement at the cost of $2000. Now a month later, going to work from a stop light up to 40 MPH shifting into 5th gear, the transmission jerks so bad felt like I was on a roller coaster. Now the transmission shifts like it is going to slip again at 40 MPH going into 5th gear. What beautiful expensive peace of junk. Original Window sticker in the glove box when I tried the car out said it list out at $46,000. Are you kidding me? That much money and has these kinds of problems regardless of the miles and the year!!!”

The second owner reported a problem to vehiclehistory.com: “The MKX is very comfortable driving with dual climate control and excellent visibility. The all wheel drive and weight (almost 5000 lbs.) give it great traction in the ice and snow here in New York. It's also very spacious. On the downside, it is a gas hog, the coatings used in the paint are insufficient to prevent rust damage up North and it doesn't have a way to tow a trailer.”

The third owner reported a problem to Edmunds.com: “In 4 months of ownership, my MKX has been in the dealers shop almost half that time for a slipping transmission and other problems.  I just got it back after 42 days and its the same as when I took it in.  Some of the key fob functions still dont work after 3 attempts to fix them.  In the short time it was not in the shop I took it on a 1200 mile trip and in addition to the lousy gas mileage, I had to make frequent stops because of the rock hard seats. Do yourself a favor and dont even consider purchasing one of these.”

2007 marks the first model year for the Lincoln MKX vehicle. It is not surprising that the first years of any car model receive very high complaints, and these complaints decrease by years as the automakers work hard to address any reported problem.

However, it is important to note that some model years might get much greater problems, especially if the automaker performed a significant change or redesign to the model.

In general, the 2007 Lincoln MKX did not receive a lot of complaints, only a total of 36 reported complaints to carcomplaints.com, for example. There are some limitations to only focus on reported complaints online. This is because, by the year 2007, not a lot of people might think of posting their mechanical problems online.

When it comes to the 2007 Lincoln MKX, the reported complaints were few, and most of them occurred at a little high mileage vehicle. When any vehicle gets more than 100,000 miles, more significant mechanical problems could potentially occur. The overall analysis, when looking at this vehicle, tells us that the 2007 Lincoln MKX is a good car.

Now, if you are a current owner and you've experienced significant problems with your 2007 Lincoln MKX, you need to sit down and make some consideration before spending money on repairs.

Some of the things to consider, is it worth repairing your vehicle? Does your car have other frequent problems? Are the repair costs approaching the value of your car?

If any of the answers to the previous question was yes, it might not be worth repairing this vehicle, and you should sell it as junk or scrap it. Luckily, in this situation, we can help you.

At Cash Car Buyer, we buy all cars despite their condition, and we offer free towing for all customers despite their living address. Thus, we can help you get rid of your unwanted 2007 Lincoln MKX within one to three days.

All that you need to do is to give us a call, get our instant free offer, get your car removed, and receive your cash payment right on the spot.