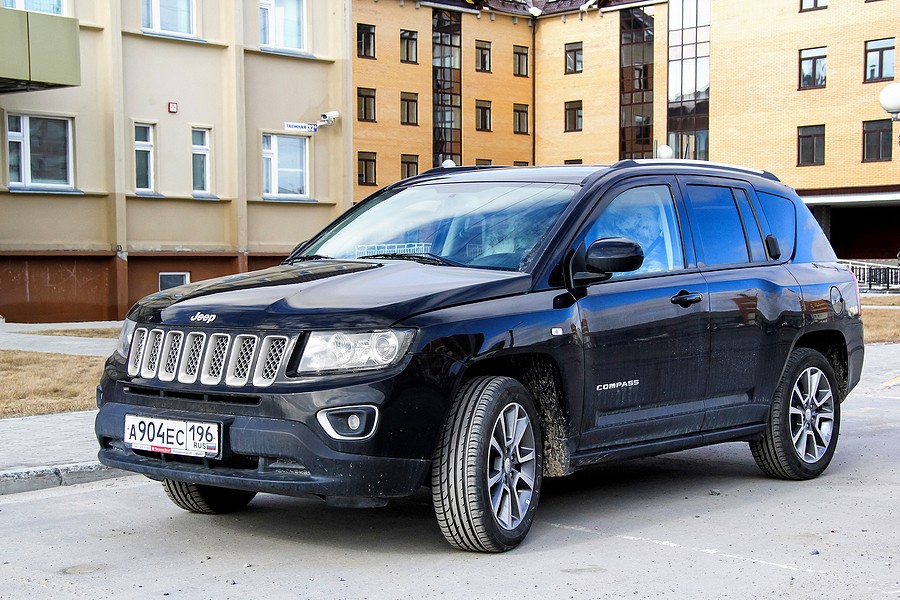 If you are looking for information about the mechanical problem of any vehicle, the best way is to listen to what current and previous owners say about their cars. There are many resources where you can find reported complaints about mechanical problems of almost all vehicles.

For instance, there were 46 reported 2014 Jeep Compass problems in carcomplaints.com, 285 reported problems to vehiclehistory.com, and only 18 reported complaints to Edmunds.com.

In this article, we provide a detailed summary of the most reported complaints about the 2014 Jeep Compass from current and previous owners. In summary, we provide information about the problem category, suggested repair options and repair costs, and the mileage at which the problem occurs.

The goal of our article is to help new shoppers to make an informed decision about whether to buy the 2014 Jeep Compass vehicle or not. We also help current owners predict what type of problems they will be facing and at what mileage. This way, they can prepare themselves to deal with such problems or get rid of the vehicle in case repair options got to a point where it is higher than the value of the vehicle.

When the Compass was first introduced in 2007, the vehicle received a lot of critiques from many experts as it did not have the required capabilities to be called a “Jeep.” That's why the vehicle was completely redesigned in 2011, and additional changes were made in the 2014 model year.

Some of the biggest changes in the 2014 model year included a complete upgrade to the vehicle's interior and exterior. Furthermore, a six-speed automatic transmission was introduced as an option along with the standard front-seat side airbags.

The 2014 Jeep Compass seats up to five passengers get from 20 to 23 miles per gallon on city roads, and 23 to 30 miles per gallon on the highways. The vehicle is powered with either a 2.0 or 2.4 L four-cylinder engine that provides from 158 to 172 of horsepower and from 141 to 165 lb-ft of torque. The vehicle is associated with either a six-speed automatic, continuous variable or five-speed manual transmission.

According to Kelly Blue Book, the Manufacturer Suggested Retail Price (MSRP) for the 2014 Jeep Compass is $20,000 miles.

While the 2014 Jeep Compass was not the worst model year for this vehicle, it did receive much higher complaints than the previous model year, probably due to the changes in the model design.

Body and paint problems were the most reported issues about the 2014 Jeep Compass. The problems included complaints about water leaks, issues with coating, and loud air noise around the vehicle.

Many owners reported water leak about the 2014 Jeep Compass. The problem would occur mostly at vehicles around 47,000 miles. While the owners did not report information about repair options or repair costs, the problem was frequent and occurred multiple times in a row. The owners did not report any visible locations for the leak, but they reported that they would find water or snow ending up in their vehicle.

2014 Jeep Compass was reported to have issues with the paint coating. Several owners mentioned seeing some dark marks on the bumper after they placed their company magnetic for a couple of days. It's been known that Jeep Compass would provide a new paint coat after three years of buying the vehicle, as reported by owners; however, they were told that Jeep Compass stopped doing that.

Loud air noise could also occur around a 4,000 miles vehicle due to issues with the vehicle design and symmetry between the left and right sides. No information was reported about problem solutions or repair costs. Owners had to raise their radio volume, so they don't hear the wind noise.

Brakes problems were the second most reported about the 2014 Jeep Compass. The majority of reported complaints included issues with a loud noise coming from the back brakes and squealing problems.

Back brake noise was also reported about the 2014 Jeep Compass around 12,700 miles. Based on the customer's reviews and his dealership information, it seems like the brake noise was consistent among almost all compass model years. Unfortunately, no repair options were suggested to get rid of the brake noise problem, even when replacing the pads, brakes, and rotors.

Engine problems are the worst type of problems any driver would like to deal with. This is because they require very expensive repairs that need high-skilled mechanics and a certain type of tools that prevent you from doing it you own most of the time.

Unfortunately, the third most reported problem with the 2014 Jeep Compass was related to issues with the engine. These issues included engine rattling, jerking, and power loss.

Engine rattling could be a nightmare to many owners of 12,000 miles 2014 Jeep Compass vehicles. The problem occurs frequently and requires putting the vehicle in the shop more than five times within the same month. This issue could affect many people's daily life, including their employers. Unfortunately, engine rattling complaints did not include information about repair options or repair costs.

Engine jerking is another commonly reported problem about the 2014 Jeep Compass. This issue occurs mostly at newer vehicles around 1,000 miles. The engine would first jerk, then stop suddenly. To get the problem resolved, the owners had to place their cars in the shop for more than two months without a clear solution.

Power loss was reported one time by a 60,000 miles 2014 Jeep Compass owner. While the problem might not be very common, it is important to keep an eye on any signs of power loss. This is because if your vehicle lost its power in the middle of traffic or the highways, you might get into safety issues if not crashes.

Electrical problems were also reported a couple of times about the 2014 Jeep Compass, including problems with the electronic throttle control, issues with the ESC light, and Integrated Power Module failure.

The ESC light would illuminate randomly in 50,00 miles 2014 Jeep Compass vehicles without a clear reason and despite regular maintenance to the vehicle. The problem can be repaired by either replacing the clock spring or updating the software.

The last reported electrical problem about the2014 Jeep Compass is related to a complete failure in the Integrated Power Module. IPM failure could occur mostly around 28,000 miles and would require about $970 to get it resolved.

Lights problems were also reported a couple of times about the 2014 Jeep Compass, including low headlights, issues with the plate's lights, and problems with lights not coming on automatically.

If you own a 2014 Jeep Compass, you might notice that the headlights are not bright, which could make driving hard at night or during bad weather days like rain. The problem can be resolved by installing better headlights for about $700.

The 2014 Jeep Compass might have issues with the plate's lights not working. Some owners recommend hitting the truck with your fist to get it to work! Huh! Unfortunately, no information was reported about repair options or repair costs for plates lights not working.

One of the biggest concerns about the 2014 Jeep Compass lights is that they don't come on automatically. As a result, it can cause safety issues in snowy days and when visibility is limited, especially for younger drivers. Thus, many owners recommended that the company should address the problem in newer models.

Only a couple of complaints were reported about the 2014 jeep Compass windows problems.

First, you could experience a One-Touch Power failure in 16,000 miles vehicles. If your vehicle has this problem, you will find that the windows do not go up on their own. No information about repair options or repair costs were provided.

Second, the 2014 Jeep Compass windows might break easily on their own without an apparent reason. The issue could happen more than one time in the same year, and cracks could be in the windshield or the sunroof. Unfortunately, it looks like the problem is related to the glass quality used to create this vehicle.

Lastly, the 2014 Jeep Compass windows might come down on their own although they are manual. The problem could be very frustrating to many owners and might cause safety issues to owners with kids. This issue might occur mostly at relatively newer vehicles around 5,000 miles.

Several complaints were reported about the poor mileage of the 2014 Jeep Compass, where the vehicle doesn't get the promised miles per gallon by the company. Mileage issues were mostly reported by newer vehicles around 50 miles.

Air condition problems can occur mostly around 77,000 miles but not very often. Only one complaint was reported about AC issues of the 2014 Jeep Compass vehicle. The AC would start blowing warm air without a clear reason and despite the regular maintenance of the vehicle.

In this section, we included information about what current owners think of the 2014 Jeep Compass Problems.

The first owner reported a problem to carcomplaints.com: “This vehicle cost over $20,000, when you drive down road you have a lot of wind noise around doors. They are telling us that this is a characteristic of the vehicle and that it is symmetrical from left to right. Is this the best that they can do? Have to turn the radio up to get noise out of our ear. We will not buy a Jeep product again if this is the best they have.”

The second owner reported a problem to Edmunds.com: “Watch the front Suspension and early wear on ball Joints. At 56,000 miles replaced 1 left ball joint. A year later replaced right ball joint. Then a year after that replaced Left ball joint again.  Car only has 65,000 miles on it.   “

The third owner reported a problem to vehiclehistory.com: “The steering wheel will lock and not let you start your car until the wheel is in proper alignment. The brakes make a squeaking sound like you need them to be fixed, but nothing is wrong with them. The back seat cannot hold 3 people because of the cup holder in the middle of the floor”

Jeep Compass underwent a significant change in the new redesign by the year 2011. The 2014 Model had a lot of new features as well, but at the same time, it received many more complaints than the 2013 model year.

In general, very few complaints were reported about the 2014 Jeep Compass. Most reported complaints had to do with either the body and paint, brakes, engine, electrical system, lights, and windows.

The number of reported complaints doesn't always tell the full story. For instance, if a certain vehicle received very few complaints, this doesn't mean it is a very good vehicle, those complaints could be related to one major problem like the engine or the transmission.

On the other hand, if another vehicle received a lot of complaints, these complaints could be related to a simple fixed issue. Thus, it doesn't mean that this vehicle is terrible.