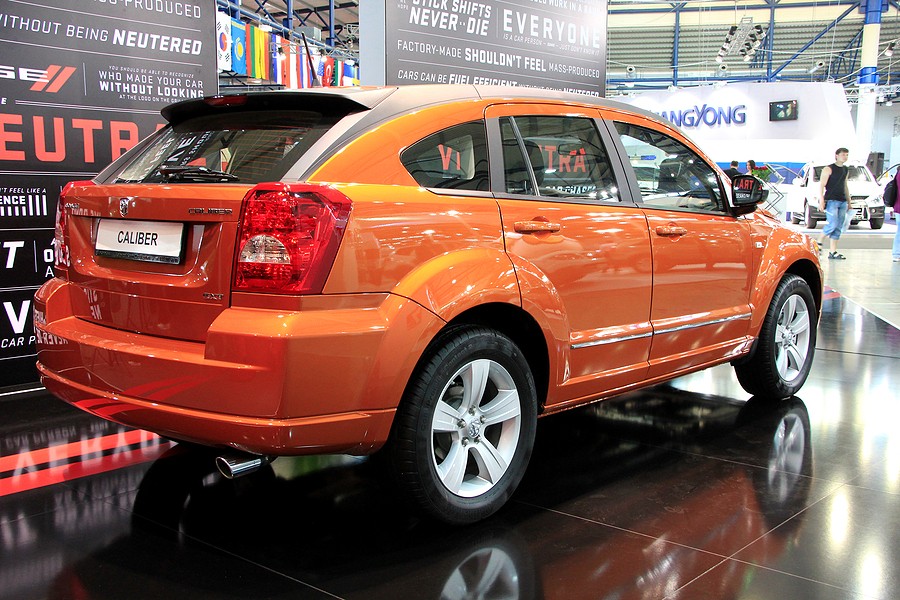 2007 Dodge Caliber is the first model year for this company. It is not surprising that new generations of any vehicle would have more problems as compared to more recent generations. This fact was reflected in the number of reported complaints by previous and current 2007 Dodge Caliber owners to carcomplaints.com website. The website focus on publishing any reported issue with any vehicle so current or new-vehicle owners have some idea of what type of problems they will be facing. With this valuable information, new buyers can make a good decision about whether they should or shouldn't buy this specific vehicle.

While the high number of complaints doesn't always mean high repair cost, in this particular case, the 2007 Dodge Caliber reported problems had to do with the suspension and the engine systems. These problems are usually associated with high repair costs making a living with this vehicle very hard.

Although the 2007 Dodge Caliber has a long list of reported problems, the car attracted a lot of owners for several good features, including the relatively small vehicle size that is associated with good fuel economy. Furthermore, the vehicle is unique and easy to identify and handle, allowing for a smooth driving experience.

In this article, we provide the readers with a quick overview of the main 2007 Dodge Caliber characteristics and cool features. Then, we highlight the main reported problems by car owners to carcomplaints.com along with the vehicle mileage when the problem occurred. We also list the different repair options that helped resolve the problem along with their costs.

The intend of this article is to educate any new buyers about the most common problems they might face when buying a 2007 Dodge Caliber. This article will also assist people in making the best decision about buying this type of vehicle or not.

In this section, we will provide you with a quick overview of the main characteristics of the 2007 Dodge Caliber before moving to highlight the main problems.

2007 Dodge Caliber attracted a lot of buyers for the vehicle's small size that helped provide a good fuel economy.

2007 Dodge Caliber comes with a three or four-cylinder engine that Is associated with an all-wheel-drive and provides about 158 horsepower and 141 lb-ft of torque.

In general, cars.usnews.com described the first Dodge Caliber generation that came with very poor interior quality and an issue with the handling dynamics.

According to Kelley Blue Book, the Manufacturer's Suggested Retail Price (MSRP) of the 2007 Dodge Caliber is about $13,985. This price is $410 less than the Dodge Neon model.

Dodge was very excited when announcing the new Dodge Caliber in 2007. However, they did not expect a high number of complaints from many owners over the time of use.

The highest complaints reported for the 2007 Dodge Caliber has to do with the suspension system. Some of these problems were related to issues with the control arm, joints, front struts, and coil springs.

Several owners reported that they had issues with the control arms that prevented front end alignment. To fix the problem, they had to cut the arm off and replace it for about $870. The control arm issue started occurring at vehicles around 57,000 miles, and the problem was ranked as “Pretty Bad.”

Other owners mentioned that they had to replace the broken suspension more than one time in a row making the vehicle unsafe to drive. On average, the broken suspension had to be fixed for about $1,470. Most vehicles who reported the issue were at about 67,000 miles, and the problem was described as “Really Awful.”

Furthermore, another group of owners complained about leaks in the front strut and problems with the ball joints. The problem was resolved by replacing the ball joints for about $980. Ball joints issues occurred mostly at vehicles around 50,000 miles, and it was described as “Really Awful.”

The 2007 Dodge Caliber can also face broken coil springs, as mentioned by several owners of the same car. while the website did not mention information about repair costs or repair options, it did say that broken coil springs occurred in vehicles at about 60,000 miles. the problem was described as “Really Awful.”

The last problem we would like to highlight here is the strange noise when driving. At least one owner reported that the 2007 Dodge Caliber would make strange noises whenever he drives it. The problem had to do with the tie rods. The website did not mention information about repair costs or repair options. It did, however, indicate that the strange noise due to issues with the tie rod occurred at vehicles around 60,000 miles. the problem was ranked as “Really Awful.”

Several owners reported that their 2007 Dodge Caliber engine would stall suddenly without any previous warning signs. This problem was solved by either replacing the throttle body, using fuel injection cleaning, replacing the alternator, or replacing the integrated power module. On average, getting rid of engine stalling cost most owners about $570 to get resolved. The problem was mostly reported by vehicles around 80,000 miles and was ranked as “Pretty Bad.”

When driving a 2007 Dodge Caliber at about 85,000 miles, you might start hearing humming or whining noises. These noises can be resolved by replacing the alternator for $300, as reported by several owners. The humming noise issue was ranked as “Fairly Significant.”

Illuminating check engine light can indicate a lot of private vehicle's problems. However, when the check engine keeps illuminating several times in a row, the problem can be frustrating. A group of owners reported that their 2007 Dodge Caliber keeps getting an illuminating check engine. Most problems were resolved by replacing a blown gasket or a catalytic converter. While the website did not report repair costs, it is known that replacing these parts can be very pricy. The problem was ranked as “Pretty Bad.”

Following the suspension and engine problems, many owners reported several issues with their 2007 Dodge Caliber steering system. These problems were related to either the tie rod, the lower control arm, or the rack and pinion.

Several owners also reported a broken tie rod. What made it even more frustrating to them is that they had to pay for it out of their own pockets because the car was not driven enough, and it is not included in the warranty. Replacing the outer tie rod cost about $360, and this problem was ranked as “Pretty Bad.”

Multiple electrical problems were reported regarding the 2007 Dodge Caliber vehicle. These problems led to an alternator failure, pulley noises, and power loss.

Many owners reported that their 2007 Dodge Caliber alternator completely failed despite the regular maintenance. Replacing the alternator cost them about $500. The failed alternator occurred mostly at vehicles at 80,000 miles, and the problem was ranked as “Pretty Bad.”

The alternator also causes weird noises to the alternator pulley. These noises were taken care of by replacing the pulley for about $350 at vehicles at 128,000. The problem was ranked as “Fairly Significant.”

In some cases, the electrical system would cause power lost to 2007 Dodge Caliber vehicles at 90,000 miles. while the website did not mention repair costs or options, it did rank the problem as “Really Awful.”

Like engine repairs, transmission repairs are considered very costly when compared to most other car repairs. Transmission failure is a pretty common issue with the 2007 Dodge Caliber. Other issues are related to transmission hesitating, losing acceleration, and leaking.

A good number of complaints were reported that their 2007 Dodge Caliber transmission completely failed without any previous warning signs. Replacing the vehicle's transmission cost these owners about $2,500 on average. The problem was mostly reported by vehicles around 80,000 miles, and it was ranked as “Really Awful.”

In this section, we group together with other reported issues with the 2007 Dodge Caliber vehicle that was not reported as frequently as the previous problems. These issues are related to the body and paint, lights, interiors, wheels, and brakes.

A good number of owners reported that their car's paint would start peeling off by itself, indicating poor paint quality. They had to repaint the front bumper for about $2,500. The problem was mostly reported by vehicles at 70,000 miles, and it was described as “Pretty Bad.”

Don't be surprised if you had to replace burnt headlights more than one time in a row when owning a 2007 Dodge Caliber vehicle. The problem could be resolved by replacing the bulbs or the alternator for about $210.

One of the most common reported issues about the 2007 Dodge Caliber is the very poor-quality interior. You could get the gas pedal to brake, the gear shift not to shift, the Cd player to break, and more.

Several complaints were received regarding the 2007 Dodge Caliber wheel problems. You could get premature tire wear, wheel bearing to fail, tires to wear unevenly, and more.

The last problem we would like to highlight here is the brakes issues. If you own a 2007 Dodge Caliber, you might face squeaking sounds when braking, and an overall issue with brakes not working properly.

The 2007 Dodge Caliber was the first replacement for the Dodge Neon. Unfortunately, the new model faced a lot of reported complaints regarding maintenance issues.

In this article, we intended to educate all owners about what type of problems they might face. Furthermore, the article can help new buyers make the best decision about whether to buy this car or not.