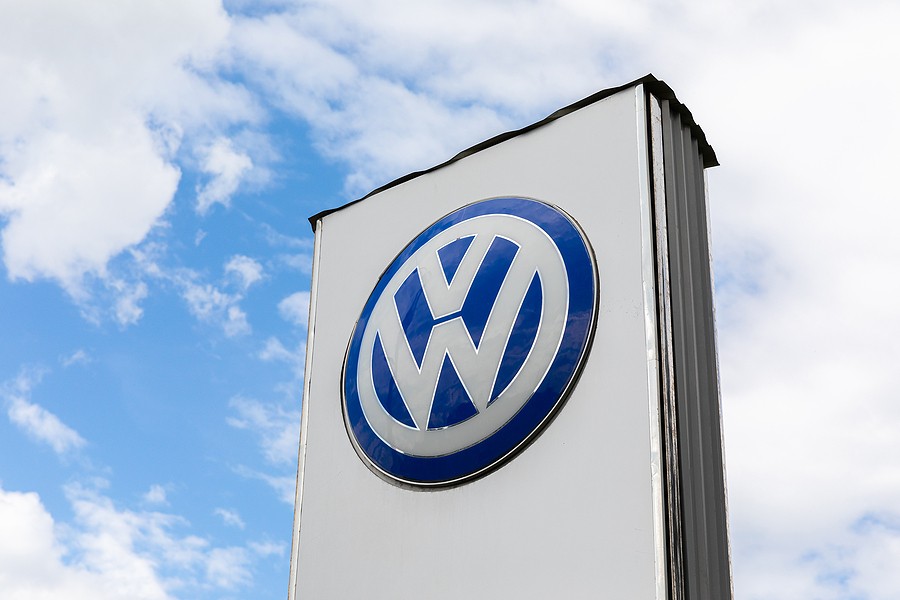 The Volkswagen is a German automotive company, that was founded in 1937 by the German Labour Front. Famous for its Beetle Volkswagen is headquartered in Wolfsburg- and also serves as the flagship marque of the Volkswagen Group, the largest automaker by sales worldwide in 2016 and 2017.  Translated into English, the word “Volkswagen” means “people's car” in German.

The company began operating from the German Labour Front (or Deutsche Arbeitsfront), which was a Nazi organization. Today, Volkswagen continues to be a car for the people, combining functionality with technology- with the objective of manufacturing relivable automobiles, for all people.

Is VW A Reliable Car?

When it comes to Volkswagen, just as with other car manufacturers, you can get a mix of reliable as well as unreliable. Created in Germany, Volkswagen reportedly produces an estimated 11 million vehicles each year. Back in 2019 company showcased their new all-electric models that had pre-sales or 10,000 units in less than a day.

So, what is the reliability of a Volkswagen?

Back in In 2016, according to a ConsumerReports.com reliability survey  for car manufacturers, Volkswagen ranked 22 out of 29. During the same year, ReliabilityIndex compiled their own data and ranked Volkswagen 9th in their annual report.  For cars within the Top 100 list, four Volkswagen vehicles received scores for four of its vehicles. Those cars include: – the iconic Beetle, the Fox, the Golf and the Polo.

Do Volkswagens Have A Lot Of Problems?

In 2016, reports came out that the German automaker was experiencing some issues with sales. According to BusinessInsider.com, Volkswagen saw sales plummet even for its iconic vehicles. “In the first half of 2016, sales of the German brand are down nearly 15% compared to same period last year. And 2015 wasn't exactly a bumper year for VW,” stated BusinessInsider.com. The site also added: “In July, VW's US sales fell another 8.1%. Even though the Volkswagen brand sold more than 2.9 million cars around the world in the first half of the year, only 149,000 of them were in America. As Volkswagen Group, the second-largest automaker in the world, continues to experience worldwide growth, it is troubling that its most prominent mass-market brand is having a hard time in one of its most important markets.

So, why all of the issues? There could be a few reasons for this.

In 2016 and 2017, Volkswagen took ownership of an emissions scam the company was charged with. The German automaker admitted to dodging the emissions control system in over 500,000 vehicles that were sold in the United States since 2008 equipped with a 2.0-liter diesel engine. As a result of this, there was a $14.7 billion settlement that was used to compensate VW owners while addressing the environmental harm Volkswagen caused. In the settlement, Volkswagen had to either buy back, terminate leases of, or repair nearly 500,000 cars sold in the US since 2009. ConsumerReports.com adds: “In mid-September, 2015, the EPA issued a notice of violation to Volkswagen AG, Audi AG, and Volkswagen Group of America (collectively VW) for failure to comply with Clean Air Act regulations. In November, the EPA notified the automaker about violations found with its 3.0-liter V6 diesel engine, as well. In doing so, the agency determined that certain Audi, Porsche, and Volkswagen models have been emitting more pollutants than legally acceptable, leaving in their wake potential environmental and health implications.”

Perhaps VW has seen a decline in sales for yet another reason: sketchy reliability. For much of the past decade, Volkswagen has had issues with powertrain reliability in four- and five-cylinder engines that that the Jetta vehicles, Passat and other Volkswagen vehicles utilize.

Too High of a Price?

You couple an emissions scandal with engine reliability questions and you have many people that just don’t want to pay lots of money for a car that may or may not run well. “…the brand's price point is near the top in many of the segments in which it competes. While VW has attempted to make its product more attractive to value shoppers by offering de-contented models, the typical VW still costs more than its competitors,” adds BusinessInsider.com.

Perhaps another reason for slipping VW sales is an overcrowded car market. Every car maker, foreign or domestic wants to appeal to the car-buying consumer. “The final factor for Volkswagen's slipping sales is a marketplace that is growing more crowded with competitors. A decade ago, VW's mass-market products only had to contend with challengers from the major Japanese manufacturers and a couple of domestic products like the Ford Focus. In the decade since, the market has changed significantly,” adds BusinessInsider.com.   Not only are the Japanese brands still riding high; Volkswagen must now also compete with Hyundai and Kia from Korea, and a major resurgence from Detroit's Big 3. Even worse for VW, total US auto sales have peaked at 17.5 million cars and is expected to slip over the next couple of years,” states BusinessInsider.com.

Volkswagen Reliability- What Do VW Owners have to Say?

We checked to find out what Volkswagen owners have to say about the late-model as well as older VW vehicle’s they drive. Check out some of the reviews below!

“VW builds cars that have superior handling, above average fuel economy at a decent price. Build quality is also very good although I have had issues with leaking sunroofs on 2 wagons. On balance I still feel the overall value and driving experience are worth it to me.”

“The car looks great on the outside, the inside as well. Very comfortable car and spacious. The drive is smooth and affordable in gas. It's not a big SUV and not too small. Enough room to fit 5 people and a large trunk. Very happy with the design of the vehicle. As for the engine, I did have a few issues. Instead of a timing belt it's a chain which needs to be changed and very costly. The pieces are ok in price but had to add some extra money on top of my payments. That was the downfall of this purchase.”

“The GTI is one of the best all-around cars on the market today as far as overall versatility. It may not be the best in any singular category (performance, mpg, comfort, etc.), but it’s cumulatively better than 90-95% of the cars that it competes against. The GTI’s changes over the model years have been subtle with VW finely tuning & refining a proven & successful platform. I’ve owned cars that were more luxurious, had more performance, were much more aesthetically pleasing design-wise…yet, the 5 GTIs that I own/have owned, have never failed to provide me with an exhilarating drive.”

“I have a 2018 Tiguan which the gas odometer keeps going haywire and when this happens the radio system will not turn on. I have taken to the dealer twice and they have reset it and now they tell me this is just something I have to live with and it is not unusual. Why even have the feature if it does not work accurately. The more I drive the higher the number of miles it says I have in the tank and is now at 4082 miles.”

“I bought a VW Tiguan in Dec. 2019, top of the line with bells and whistles. About 14,000 Km after, when I took it for the 15k km service, I asked them to have a look at the brakes as they've started to make some noise. They said the brakes overheat, the metal is blue (sign of overheating) and they they'll need to be replaced. $1,500 invoice. They said the warranty doesn't want to cover it as it is a consumable. I know that the warranty doesn't cover consumables (oil, filters, brake pads etc), but this is the first car I have to change the brakes under 60,000 – 80,000 Km. I love my cars and I look after them, but I see this as a factory defect, not a user error.”

Which VW Most Reliable?

Check out some of the top used VW models, based on their reliability.

This vehicle serves as entry into the premium SUV world. While many Touaregs reportedly had engine as well as turbo failures- there were also some electronic problems reported too. But the company has been able to resolve them. Seen as a reliable car, you may encounter an issue or two- so be sure to obtain a great warranty.

According to reports, the first-generation Amarok had transmission problems, but the company was able to address them. While it can be a bit pricy, the Amarok does offer the owner some great amenities.

As a staple in the VW brand, the Passat has seen lots of changes since its arrival in the seventies. From a useful family station wagon, now emerges a luxurious and classy car. Although not as popular as other models, the Passat still offers buyers great quality.

Although the Jetta doesn’t have too many faults or service issues- it seems to lack popularity. This makes getting some parts quite difficult.

When you talk about evolution you talk about the VW Golf. From those days of a two-door hatchback, to a swift technologically advanced vehicle, the Golf continues to stand the tests of time.  As a testament to its reliability, there is every conceivable generation of Golf still around today.

The Polo Vivo is one of the most prolific models that VW has created. While the Vivo is essentially the previous generation of Polo, the Polo continues to “wow” drivers- and sales also indicate that it is a top best-selling passenger vehicle too.

Why Are Volkswagens So Unreliable?

If you sat and spoke with a few VW owners, they would tell you horror stories about their Volkswagen vehicles. Let’s examine some common issues with the Volkswagen cars below:

“My car was driving perfect, no problems at all. Then all of a sudden, my car starts making this weird noise, then its dead? My car was in great condition, cosmetically and mechanically. Beautiful car, my first VW and I love it. I just hate I only had it for a year before it died, my friends have cars that are a piece of garbage but they outlasted my solid car. Then i looked online and found out why, i want justice! My car is beautiful, i just became a lifelong member of VW. I hope they stand behind their work!”

Tired of Getting That Volkswagen Fixed? Sell It!

If you are tired of that old Volkswagen and want it out of your life, we can make it happen! We are Cash Cars Buyer and we buy all makes and models of Volkswagen vehicles! Whether they are running or not, we can come to your home or location- inspect your car and then offer you fair market value for it!

How Selling Your Old Volkswagen Works

Tell us about your Volkswagen

Be sure to include all of the information you have about your Volkswagen, ensuring you receive the best offer possible. Love what you just created? Call us!

After you create your FREE online offer, you can call to talk to one of our friendly Volkswagen junk car agents. We will ask you some questions about your car and then make you a guaranteed offer on it FAST! Love what you just created? Great!

When you accept your offer, we will waste no time getting to you, so that we can inspect your car. When we do, we will ensure all is well and then pay you on the spot!