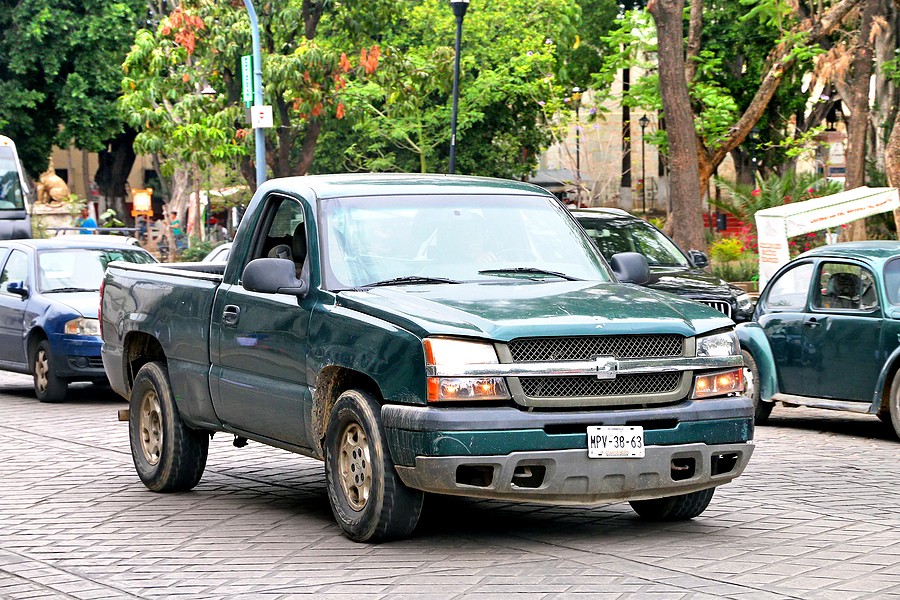 If you are interested in purchasing a 2006 Chevy Silverado, it's a great idea. However, you need to keep in mind become unreported problems about this vehicle and make sure that you don't end up with a vehicle in bad condition. Thus, we advise you to take a professional mechanic and perform a pre-purchase inspection of your 2006 Chevy Silverado before purchase.

On the other hand, if you are a current owner of a 2006 Chevy Silverado and you're experiencing significant problems with your vehicle, by reading through this article, you can familiarize yourself with when it's the best time of getting rid of this vehicle and investing in a better vehicle with fewer problems.

2006 Chevy Silverado problems – “Handling was ungainly, and the ride was stiff!”

The 2006 Chevy Silverado received its popularity from the power train, the unique options, and the modern styling. However, this model year did not compete well with other competitors, including forwarding and Dodge.

With hundreds of reported complaints about the 2006 Chevy Silverado problems, the vehicle was plagued by several problems mostly related to handling and interior quality.

2006 Chevy Silverado electric and AC problems were the most reported about this vehicle. Customers express their frustration through many online websites like Consumerreports.org, carcomplaints.com, edmunds.org, etc.

To take a closer look at how these problems affected customers experience, let's see what these three owners had to say about their experience with 2006 Chevy Silverado electric and AC problems:

The first customer suffered from the ABS staying on all the time, and after taking his vehicle through multiple repair shops, the problem was not yet resolved.

According to repairpal.com, one solution to this problem might be cleaning up and securing ABS's ground on the frame rail close to the driver's door. While this might help resolve the problem, it might not be a perfect final solution.

More than 36 people experienced this same problem with the ABS light illuminating because the Electra problem felt the ground below the battery.

Although the problem started once a day, the problem occurred more than three to five times a day after a couple of days. Unfortunately, the driver heads to P $126 for each actuator to resolve the problem with no hope.

According to repairpal.com experts, it seems like at least 458 other people reported the problem, and the issue is related to the heater and AC air delivery system. Within the AC and air delivery system, the actuator might fail on its own, resulting in the wrong temperature. To get the problem resolved, Repair Pal experts suggest checking for incorrect codes in the HV AC control module and use computer diagnostics to determine the faulty culprit.

Since he purchased his used 2006 Chevy Silverado vehicle, this customer could not get his daytime to work. Until he tested the wiring coming to the socket, San found that both are negative.

He attempted to resolve the problem himself by cutting the site that seems positive and connected with their right wire. Currently, whenever he turns in the fog lights, both lights are turned on.

According to repairpal.com, it seems like there is a significant problem with their daytime running lights as they might burnout on their own. Mechanics mentioned that there are signs of heat damage in the internal light sockets, which are rare. They recommend replacing the bulbs using a better life expectancy bulb.

The second most reported 2006 Chevy Silverado problem was related to the steering system, with more than 150 people experiencing an issue with their steering system, as mentioned by repairpal.com.

The most-reported steering problem has to do with weird clunking noise coming from the upper steering shaft. Others also reported complaints related to a failing steering wheel position sensor.

Let's see what these two customers have to say about their experience with the 2006 Chevy Silverado steering system problems.

Despite the good care, this customer took off his vehicle, and he continuously experienced weird noises coming from his vehicle steering system. These noises would come from the front and the end.

The customer took his vehicle to a repair shop, and they failed to identify the root culprit of the problem. After a couple of months, one mechanic was able to identify a loose upper frame ball joint, which would not happen unless a previous alignment work was done. The customer confirmed that no alignment was done to his vehicle, and the problem might be related to the weird loud noise he's been experiencing since riding his vehicle.

Even after tightening the bolts, the weird loud noise and scanned the customer did not have any solution yet.

Repairpal.com confirmed that there are more than 200 people reported the same problem. Unfortunately, currentrepairpal.com mechanics could not identify the actual cause of the problem and suggested getting in touch with a GM dealership to resolve the problem.

This driver experienced a sudden service stability message because of a failing steering wheel position sensor. When taking his vehicle to the dealership, he was able to get it resolved the same day.

Although this driver was slightly out of warranty, he was lucky enough to get the dealership to repair his steering system problem-free of charge.

With the hundreds of reported complaints about the 2006 Chevy Silverado, Chevy released several recalls to take care of most problems without charging the customers. Some of these recalls were actually based on the customer’s reviews, while others were brought to the attention by Chevy itself.

According to consumerreports.org, Chevy released ten recalls for the 2006 Chevy Silverado problems.

On August 11th, 2008, Chevy recalled 1,921 2006 Chevy Silverado vehicles due to problems with the Amber side reflects reflectors. These installed reflectors failed to conform with the federal motor vehicle safety standards requirements. All affected vehicles were asked to visit the nearest Chevy dealership to get the problem Resolved free of charge.

Another 130,000 vehicles from the 2006 Chevy Silverado were recalled due to a problem with the wheel hub. These vehicles did not have the proper retention used to maintain the hub's bearings. As a result, the viewing assembly might loosen, causing wheel separation or loud noises.

Chevy also recalls 175 vehicles due to a problem with the electrical components. These vehicles were equipped with improper harness wiring, which could result in operational issues. All affected vehicles were asked to visit the nearest Chevy dealership to get the problem resolved free of charge.

On August 11th, 2006, Chevy recalled 3227 vehicles due to a problem with the wheel's rim. Some vehicles are equipped with the wrong rim contour designation, which could result in significant problems, and the tire performance spend increased the risk of crashing. Again, all affected vehicles were asked to visit the nearest Chevy dealership to resolve the problem.

Although not many complaints were reported regarding the 2006 Chevy Silverado engine, it seems like Chevy recalled 38,436 vehicles due to a problem with the cooling system affecting the engine. This problem affected vehicles equipped with their 8.1-liter V8 engine as it has an issue with the damper retainer clip. All affected vehicles were asked to visit the closest Chevy dealership and have the problem fixed free of charge.

Is it worth repairing at 2006 Chevy Silverado?

To answer this question, you need to step back and evaluate the situation. Determining whether repair costs are worth it or not varies from customer to customer and depending on the vehicle's condition.

To help you answer this question, you might need to ask yourself the following questions:

If you've answered any of the mentioned questions with a yes, it might not be worth repairing your 2006 Chevy Silverado. In general, automotive experts recommend not repairing a vehicle if repair costs are getting close to 75% or more of the vehicle's overall value.

The best option for you at this point is to sell your vehicle and take advantage of the payment and use it as a down payment for a new better vehicle.

You have many options available to get rid of this vehicle, including selling it through classified websites like Craigslist or eBay motor, posted on social media platforms like the Facebook marketplace, select a private buyer offline, or sell it as junk.

Based on our decades of experience in car selling and buying, your best scenario is to sell your car to a junk car buyer because you will not easily find a private buyer interested in a vehicle with many problems like a 2006 Chevy Silverado.

We will buy your 2006 Chevy Silverado despite its condition!

Cash Cars Buyer is one of the top-rated car removal companies in the nation. We guarantee to why your 2006 Chevy Silverado despite its condition and whether it has significant problems or not.

If you feel that your 2006 Chevy Silverado is still in good condition, but you would like to get rid of it to improve and upgrade to a better vehicle, we're willing to pay up to $15,000 for the right vehicle!

Our process is very straightforward, and it all takes you to answer basic questions about your vehicles. You can either use our online platform by going to our home page, and clicking gets instant offer or get in touch with us verbally using a phone call.

Once you get the offer, you can take as much time as you need to review it and accept it; then, we will schedule pick up time and location to come to remove your vehicle within one to three days.

Our company has a flexible schedule and is willing to come to your house or office same day, on weekends, or evenings. As a pickup time and location, we will perform a quick inspection and ensure that the vehicle we are picking up is the same as the one we have in our system. Then, we will remove the vehicle free of charge safely and quickly.

Finally, we will hand you the cash payment immediately on the spot.