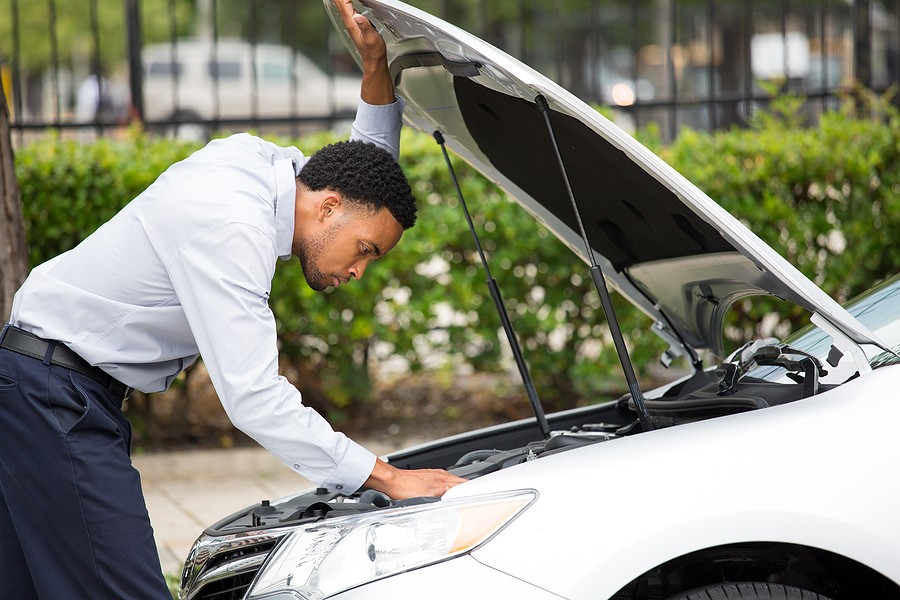 Many drivers are not aware of just how important a timing belt is to the proper functioning of their engine. Without a functioning timing belt, you do not have a functioning engine whatsoever. Even though it's a seemingly simple rubber belt, there's a little more to it than all that and its purpose in your engine can't be underestimated.

The timing belt is what connects your crankshaft to the camshaft in your engine. As your crankshaft rotates it allows the pistons to rise and fall in the cylinders of your engine. At the same time, because the timing belt is rotating your camshaft, the valves are also able to open and close. Their motion is synchronized by the timing belt controlling both. This ensures that when the pistons rise the valves will be open so that the two don't ever have to touch. Then, your fuel injector will spray the fuel into the combustion chamber where it mixes with air, the spark plug ignites the mixture, and the resulting combustion reaction forces the piston down which continues turning the crankshaft. This happens in every cylinder of your engine over and over again. In fact, your crankshaft rotates at around 1,000 RPMs. This is the essence of how a combustion engine works.

If the timing belt is not doing its job properly then the camshaft and the crankshaft will not work in perfect synchronization. That throws off the timing of your engine which can lead to misfires, engine stalls, and potentially some severe engine damage if the timing belt were to break allowing the pistons to crash into the closed valve inside your cylinder.

As you can see, your timing belt plays an important role in the function of your vehicle. But many people wonder, since it's just a simple rubber belt, will a broken timing belt really destroy your engine?  In the simplest terms, it is very possible that this can happen, but it doesn't necessarily mean that it will happen. If you're lucky you can get away with minimal damage. However, if a timing belt breaks while you're driving you have absolutely no time to react. The damage it will cause is instantaneous and if you have what is called an interference engine, it can be severe enough to require an entire engine rebuild in some circumstances, if not an outright engine replacement.

A non-interference engine still has pistons that rise in the cylinder, but they don't meet the valves. The two will never interfere with one another so that if the timing belt in your engine fails, the piston will not crash into a valve at all. The engine will still cease functioning because the camshaft is not able to turn any longer, and you cannot have a proper combustion reaction as a result, but you won't have to suffer any major damage to the engine.

Because a non-interference engine will not suffer damage when your timing belt breaks you may be wondering why anyone would use an interference engine in the first place. If there's a chance that you could potentially suffer a catastrophic engine failure because of a timing belt break, why bother? The answer is a little complex and relates to performance vs potential.

What Does a Car Sound Like When the Timing Belt Breaks?

The timing belt in your engine makes a distinctive sound when it's beginning to fail. It's hard to mistake it for any other problems that your car may be experiencing, which is a good sign that there's an issue with it and you need to get it checked out before it actually breaks on you.

The part of your timing belt that loops around the camshaft and a crankshaft has rubber teeth on it. When these begin to wear down, and some of them can break off, you're going to hear a repetitive ticking sound coming from the timing belt. Since your engine works at such a high speed, the rotation is very quick and the ticking sound will be equally fast-paced. It can sound not unlike a fast spinning roulette wheel and it's pretty hard to mistake for any other problems that you may be facing in your vehicle.

What Are the Signs of a Bad Timing Belt?

Before your timing belt breaks on you entirely there are some signs that you could be aware of to indicate your timing belt is about to fail. If you can catch your timing belt before it does break, you can save yourself a lot of stress and some big repair bills by getting it replaced with a new belt. Keep in mind that the cost of replacing a timing belt can be pretty steep even before it breaks. In fact, your timing belt replacement could cost anywhere from $500 to as much as $2,000 depending on the make and model of your vehicle. That's because getting access to it is a very labor-intensive job. However, if your timing belt breaks and you have an interference engine, the potential damages could be in excess of $4,000 to $5,000. So even though this is a pricey maintenance job, it's a necessary one.

Aside from the noise that we mentioned earlier that a timing belt will cause, these are some other symptoms that you should be aware of.

Engine Misfires: Your timing belt is, as the name suggests, responsible for maintaining the exact timing of how your engine works. If your timing belt gets stretched out and can no longer maintain that exact synchronization between camshaft and crankshaft you throw the whole timing off. That can result in your  combustion reaction not happening when it's supposed to, or not happening at all thanks to some engine misfires. This will greatly reduce the overall performance of your engine.

Rough idling: when you're just sitting in your car with the engine running, you'll notice that it vibrates far more aggressively than normal when you're having a problem with your timing belt. This rough idling could have several other causes, but a bad timing belt is definitely one of them.

Can Low Oil Cause the Timing Belt to Break?

Although it's not one of the more common reasons for a timing belt to suffer damage, it's not impossible that an issue with low oil could cause problems for your timing belt. In this case, the low oil would affect your engine of course, and if your engine seizes up on you then it's going to put excess strain on the timing belt which could cause the belt itself to break. Obviously, this is indicative of a much bigger problem and means that your engine has likely suffered some severe damage as a result of being out of oil as well.

Oil can leak from your timing belt cover Indicating a problem with your timing belt. The cover is held on by nuts and bolts that can eventually loosen up over time.  The gasket that is located between your engine block in the timing belt may also wear out causing oil to leak. This is what leads to the overheating engine that we mentioned, and in turn stress on your timing belt that can cause it to break.

Can You Start a Car with a Broken Timing Belt?

If your timing belt has broken when your car is not in motion, perhaps it broke just as the moment you tried to start the vehicle, then unfortunately you're not going to be able to get your car started at all. A car without a functioning timing belt will not work as the engine will have no ability to turn over. You will likely hear your starter motor engage, but since the camshaft and the crankshaft are no longer connected then the engine will not work at all.

As frustrating as this is, you can consider it a lucky break. This is a much better option than having your timing belt break while the car is actually in motion and could be far less damaging for your engine overall.

When Should You Replace a Timing Belt?

As with many parts of your engine your owner's manual will give you the best advice for when you should check your timing belt to see if it needs to be replaced. The general rule of thumb is that a timing belt should be changed around 60,000 miles to every 90,000 miles or so. You can of course get more life out of a timing belt, and some recommend changing it every 100,000 miles to 120,000 miles. Your owner's manual will definitely give you the best advice for your specific make and model, however.

It's worth noting that not every car actually has a timing belt in it. Obviously, if you have an electric vehicle is not something you need to worry about. However, many newer vehicles no longer use timing belts; they instead run with timing chains. These used to be the standard in the industry for many years, but they were replaced by and large with timing belts during the oil crisis as a cost-cutting method.

Timing chains have become the norm in vehicles again made in the last few years because they are far more durable than timing belts. Although they perform the same function, as the name suggests chains are made from metal, so they are able to last far longer than a timing belt. Timing chains should be able to get 200,000 miles and potentially much more without any troubles.

Depending on the kind of vehicle that you're driving a timing belt could spell disaster for you if it breaks while you're driving. Unfortunately, most drivers don't know whether or not they have an interference engine or non-interference engine because that's not really a widely advertised fact as it relates to car engines when you're shopping for them. It's always good to check with your owner's manual to find out for sure though, and it will also let you know whether or not your vehicle has a timing belt or a timing chain, and what kind of routine maintenance you should be doing to keep your timing belt functioning properly, including when you need to replace it with a new one before you have to get to the point where you're worried about the belt breaking and destroying your engine in the first place.