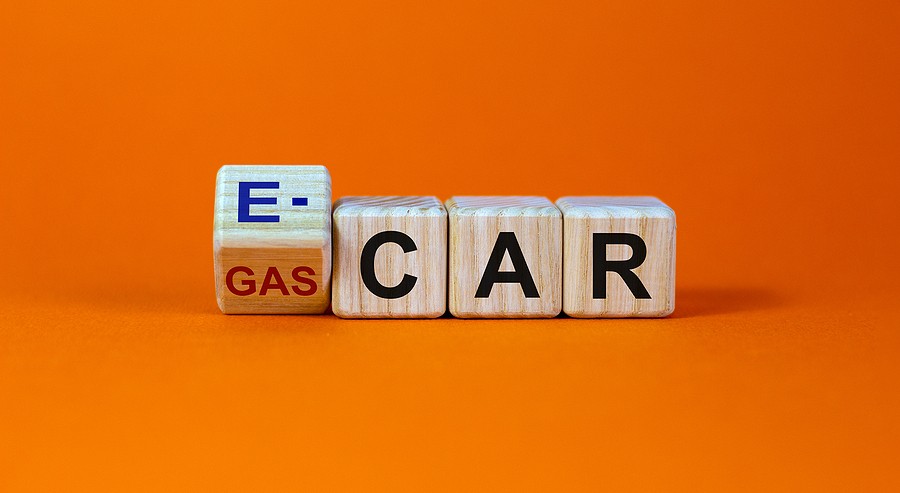 In general, electric cars or EVs are fun and practical. They produce fewer emissions and even save you money. Using electricity has some advantages not available in the usual internal combustion engine cars. Since electric motors respond fast, electric cars are very responsive and produce very good torque. Also, EVs are typically more digitally connected than gas-powered cars, with plenty of EV charging stations allowing you to control charging from a smartphone app.

You can plug in your EV like a smartphone when you get home and have it ready to run the next morning. You can charge at home, at work, or even on the road because the electric grid can be found almost anywhere. There might be no need for you to go to a gas station again.

But what makes EV even better is that it goes beyond offering individual benefits. EVs can help the United States have more diversity of fuel options available for transportation. The U.S. consumed nearly 9 billion petroleum barrels last year. Two-thirds of that were used for transportation.

Being dependent on petroleum makes the country vulnerable to price spikes and supply problems. EVs lessen this threat since almost all electricity in the U.S. is generated from domestic sources, including natural gas, coal, nuclear, and renewable sources.

Electric cars can also minimize the emissions that contribute to smog and climate change, reducing ecological damage, and improving public health. Charging your electric car on renewable energy like wind or solar reduces these emissions even more.

Why should we switch to electric cars? – Switching From A Gas-Powered Car to an EV Model

Improving battery technology in today’s light-duty all-electric cars means they can run 100 miles while using only 25 to 40 kWh of electricity. Let’s say that your electric car can drive 3 miles per kWh, the electric car can run about 43 miles for $1.00. On the other hand, let’s say your gas costs $2.50 per gallon, an average gas-powered car with a fuel efficiency of 22 miles per gallon could only travel 10 miles for the same price. The distance traveled for a fuel cost of one dollar is almost 4 times as far as an electric car.

What are the disadvantages of electric cars?

Electric cars also have their own set of disadvantages. You should know them before deciding to switch to an EV model.

All in all, EVs, like any vehicle, must be assessed based on your needs and car usage. There are many advantages to owning an EV, such as fuel savings and reduced emissions, but you should also consider the cost of depending on battery charging and higher costs. Before you switch to an EV model, consider what works best for you.

Most of the benefits you can get from all-electric vehicles can also be obtained from driving plug-in hybrid vehicles (PHEVs). PHEVs are great cars for reducing fuel usage and emissions. For short travels, your PHEV may not need to switch away to its all-electric motor, this way, the car will not emit tailpipe emissions.

Hybrids use 30 to 60 percent less fuel than gas-powered vehicles. They are also a great option for those who cannot commit to a fully electric car due to driving and recharging needs. While fully electric cars are limited to their battery range, the fuel backup in a hybrid means that even when the battery runs out the car can still continue to run and even recharge the battery by using fuel.

Hybrids often are more fuel-efficient than their gas-powered counterparts. Much like all-electric cars, one of the challenges of owning a hybrid or a PHEV is the amount of time it takes to recharge the battery. Hybrid batteries are smaller on average than those of all-electric cars but a Level 1 charge may still take several hours to charge. A Level 2 charge needs one to four hours. Fast charging is not also available for most hybrids.

You should also consider the cost. Hybrids are also more expensive than many gas-powered cars. You can save on fuel, get tax credits and state incentives that can help offset the higher cost though.

What are some problems with switching to electric cars? – Switching from A Gas-Powered Car to An EV Model

Despite the benefits of electric cars, their sales remain low. In 2019, only 2 percent of new-car sales are made up of electric cars. The main problem is that batteries are not as energy-packed as gasoline, meaning more space is needed to store a given amount of energy within batteries than gasoline.

One gallon of gasoline is equivalent to 33.7 kWh of energy, meaning one gallon has more energy than the entire battery pack of a first-gen Nissan Leaf. However, electric cars are in general more efficient than gas-powered vehicles. The 2ZR-FXE engine found in the Toyota Prius is one of the most efficient internal-combustion engines today, at around 40 percent. But most electric motors found in electric cars can consistently run at 90 percent efficiency.

But the difference in efficiency is mostly negated by other factors such as differences in driving conditions and cold ambient conditions that can reduce the efficiency of EVs. The heavier and more complex battery pack (compared to a gas tank) is also a problem. Getting enough range from an EV involves the addition of more battery cells, which take up space and add on a car’s curb weight.

While this is not an issue for electric passenger vehicles, it can be for other types. For example, the weight of semi-trucks is limited by regulations. So getting a sufficient range of an electric semi-truck could significantly limit its cargo capacity. But that hasn’t stopped carmakers from trying to develop semi-trucks.

Tesla has stated about its Semi having a max range of 500 miles. But do note that early electric semis will likely be driven on shorter trips between dedicated terminals to make sure they're never too far from a charging station.

Energy density could also affect the many electric pickups that are now in development. Towing essentially reduces efficiency, but that, in general, is not an issue for gasoline and diesel pickup trucks.

Even if they are becoming less fuel-efficient by towing, big fuel tanks make sure that drivers won’t be inconvenienced. On the other hand, towing with an EV can significantly decrease range.

Are gas cars faster than electric? – Switching from A Gas-Powered Car to an EV Model

It is usual for people to associate power with the deep sound of revving engines. So there is a common misconception that the silence of EVs means they lack speed and performance. But that is the opposite of the truth. Electric cars accelerate faster than conventional gas-powered vehicles and have more than sufficient speed for daily use.

This is because electric motors are much simpler than internal combustion engines. Thus, electric cars can generate full torque, the force that drives the car forward from 0 km. On the other hand, conventional combustion engines take more time to get engine-produced power to the wheels and might need rev up for it to get maximum torque.

In traditional gas-powered cars, the power has to pass more moving components such as the transmission which makes them less efficient.

But of course, the simplified motor EVs also have their downsides. Since most EVs run on a single-speed gear, automakers must compromise between top speed and acceleration. Nonetheless, the top speeds of the most known electric cars can almost match the maximum speed limits allowed in most areas which makes them quick enough for any normal use. So unless you’re racing, the top speed of an EV is more than enough.

Switching from a gas-powered car to an EV model could be a smart decision depending on your situation. Before deciding to switch you should consider all the pros and cons of using an electric car.

All-electric vehicles and hybrids are great options for drivers who want to reduce emissions, save on fuel costs, and drive a nice, quiet car. EVs are also low maintenance since they have fewer moving parts. But since charging the battery can take a long time and EVs have a shorter driving range, it may not be ideal for those who want to drive their vehicles on long trips.

The upfront costs of owning an EV model is also higher than its conventional gas-powered counterpart. But that can be offset by saving money from fuel cost, getting tax credits and state incentives. In the long run, owning and operating an EV can be cheaper than a gas-powered car. However, depreciation rates are higher for EVs so if you are not planning to keep it for a long time, better not buy it in the first place. Ultimately, it is up to you to decide if an EV is the right fit for your needs.

PrevPreviousSwitching to Synthetic Oil in a High-Mileage Engine: Good Idea?
NextWant to Learn How To Install Your Own Car Speaker System? Here’s Where to StartNext