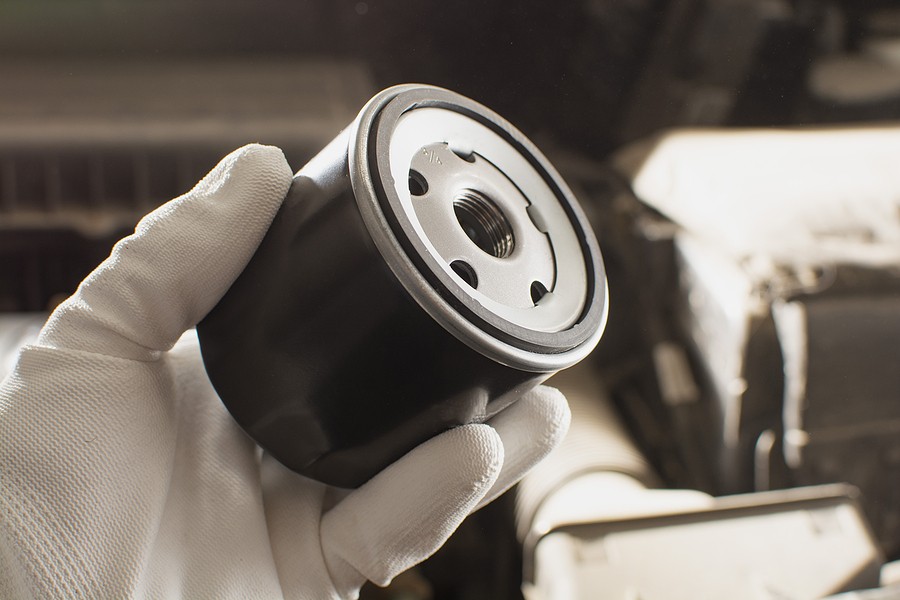 As the oil keeps your engine clean, the oil filter helps eliminate impurities that can accumulate over time in the oil. It's crucial to have clean motor oil because if you don't filter it, it can become saturated with microscopic, hard particles that can wear down your machined components of the oil pump and damage the engine's bearing surfaces. Because to function effectively, your engine demands a lot of clean oil. Why is changing an oil filter so important? If your oil filter isn't replaced on a regular basis, it can become significantly blocked, limiting the amount of oil that passes through it and into your engine. Your engine could be severely damaged if as a result.

The significance of engine oil in keeping the engine running is critical. It lubricates engine components, extending their life and enhancing performance. Did you know, however, that a clean oil filter is critical to this process?

The oil filter's job is to filter out grit, debris, and metal particles from the oil. If these particles are not filtered out, they will scratch and scrape engine components and perhaps block the system, reducing the engine's service life and potentially increasing maintenance expenses. Only clean oil comes into contact with the engine's moving parts when the oil filter is working properly.

Why is changing an oil filter so important? Dirt can cause corrosion and shorten the life of an engine over time. Oil and filter replacements should be done on a regular basis to keep engines in top shape. It also helps you get better gas mileage. Increased fuel consumption can be caused by poor engine lubrication, so make sure there is enough clean oil in the engine.

Can I change oil without changing oil filter?

When it comes to routine car maintenance, it's tempting to go for the cheapest choice or to question if certain parts actually need to be updated. One of the questions frequently asked is, “Can I change oil without changing oil filter?”

Oil changes assist to decrease and eliminate any filth that has accumulated in your engine as a result of its use. Sludge is also a regular occurrence in automobiles, and oil changes will entirely eliminate it, resulting in a more efficient engine. Oil changes, in a nutshell, help to keep your engine clean. So can it be done without changing the oil filter.

The oil filter must be changed every time the vehicle is brought in for an oil change, according to regular procedure. In reality, many automotive centers include oil filter replacement in the price of the oil change. Some penny clamps only replaced the filter every other oil change back when most drivers changed their oil every 3,000 miles or three months and the engine was fitted with a quart-sized filter.

If you study the owner's manual that came with your vehicle, you'll learn that the oil filter should be changed between 9,000 and 16,000 kilometers. Many mechanics and automotive experts, on the other hand, advocate that you change the oil filter every time you change the oil. This manner, you may execute both jobs right away without jeopardizing engine performance or component damage.

While it is possible to replace the filter but not the oil this is not advised. It will simply shorten the life of the oil filter, and you will have to replace it sooner rather than later. If the oil filter becomes blocked with debris, the engine will be forced to bypass it. Most engines have this feature built in to prevent them from running out of oil, which would soon damage them. If, on the other hand, your filter is blocked, impurities from the oil are now rubbing against the moving parts of your motor, creating wear and limiting its life.

Furthermore, you should replace the oil filter ahead of time in a variety of situations, particularly if you tow big objects frequently. Aggressive style in driving, too many stop-and-go driving situations common in cities with heavy traffic, harsh weather and driving with heavy loads like towing shortens the lifespan of an oil filter. So if you are driving under such conditions you might have to do an oil filter change more often or in advance.

Furthermore, if the inspection engine signal on the dashboard illuminates, you should always bring the vehicle in for inspection. This could be due to a buildup of debris and dirt in the engine, or it could be a sign of a more serious engine problem.

In summary, while changing the oil filter does not have to be done with every oil change, it is still a good idea. The oil filter keeps bigger pollutants out of your engine's oil, and replacing it at the same time as an oil change ensures that everything runs smoothly.

What happens if you change oil but not filter?

However, you will have to change your oil and oil filter again within the following few thousand miles to ensure that the oil filter isn't fully clogged and incapable of performing its function. If you change oil and put off replacing your oil filter for so long, it will eventually fill up to the point where the bypass valve on the filter opens, flooding your engine with unclean oil. Furthermore, if you use synthetic oil with extended drain intervals, a traditional oil filter may not provide the needed service life, requiring you to change it in the midst of the oil drain period, which is bothersome.

Why is changing an oil filter so important to be done on time? Because the oil filter is a permanently sealed metal unit, you won't be able to visually inspect it to see whether it needs to be replaced. You will not notice the impact of a clogged or dirty oil filter on your engine because no instrument, gauge, or warning light will come on to inform you that it is time to change your oil filter. But there are signs you can watch out for.

Engine overheating can occur if an oil filter is not changed on time. If you leave your oil filter in for too long, it might clog up, just like your air filter or fuel filter. Your vehicle's performance will also tell you more than enough about its poor performance. It can also result in stale exhaust odors and a loss of oil pressure. You'll start hearing metallic noises as well.

What happens if your oil filter isn't changed? An oil filter, as the name implies, is used to filter impurities and particles from engine oil so that they do not circulate throughout the engine. Engine oil filters are supposed to be replaced every time you change the oil, but if you don't do so between oil changes, the filter will become clogged and will no longer be able to filter the engine oil and remove impurities properly.

If you haven't changed your engine oil or filter yet, the old oil that isn't being filtered will ultimately break down and turn to engine sludge. While refilling your oil (while keeping the old filter) would help the situation, the fresh oil would be unable to be filtered because the filter is still old.

Why is changing an oil filter so important? Contaminants will begin to build up inside your engine when your engine oil is no longer effectively filtered by the oil filter, which is bad news for your engine. Engine sludge will begin to accumulate inside the engine, eventually filling the majority of the internals. Because of the lower lubrication and greater friction, your engine will have to work harder, which will result in increased wear on the internal components.

If you don't change your engine oil filter for a long time, the increased wear and heat will cause the engine internals to lock up. You'll either have to repair or replace the engine at this point. Because the engine would be clogged with sludge, it would be more cost effective to replace it with a new or used engine.

How often does oil filter need to be changed?

Now that you know the answer to the question why is changing an oil filter so important you will now be asking how often it should be done. The number of miles you drive your automobile each year determines how often you replace your oil and oil filter. If you simply drive a few miles to work and the store, you might be able to go a year without changing your oil. However, if you're like the majority of Americans, you'll put thousands of miles on your car each year and will most likely need to replace your oil within a year.

The average American drives approximately 13,000 miles per year, according to the Department of Transportation (DOT). Depending on whether synthetic or conventional oil is used, most oil change intervals will be between 3,000 and 7,000 miles. As a result, most people will need to change their oil 2-3 times per year if they follow the manufacturer's recommended oil change interval.

How many miles can an oil filter last?

One of the most crucial and critical maintenance things on your car is changing the oil filter. Changing your car's oil filter on a regular basis, whether you do it yourself or get it done by a quick lube service, is critical to keeping your engine running smoothly. As billions of pollutant particles and carbon dust are trapped in the oil filter, it progressively becomes blocked. Because a clogged oil filter limits the amount of clean oil passing through it, it must be replaced.

An oil filter typically has a range of 5 to 8 thousand miles of service life. Some may advise changing the oil filter every 10,000 miles, but this is a bit excessive for most vehicles. Oil filters and oils were once required to be replaced every 3,000 miles. However, technology has progressed in this area as well as any other, and we no longer have to go through the inconvenience as frequently as we formerly did.

Newer models feature built-in technologies that alert you when it's time to change your oil filter. Check your vehicle's manual to discover if a system like this is available for the model you're driving. On the dashboard, there should be a light for it.

Also premium oil filters have a bypass valve that adjusts oil pressure within the filter to prevent it from clogging. If the oil filter becomes completely blocked, the bypass valve opens, allowing oil to circulate through your engine. The oil, on the other hand, would be filthy, unfiltered oil that had gotten past the oil filter. Your engine would have died if it hadn't been for that bypass valve.

Why is changing an oil filter so important? It is just as important as your change of oil, which determines largely how long your engine will last.