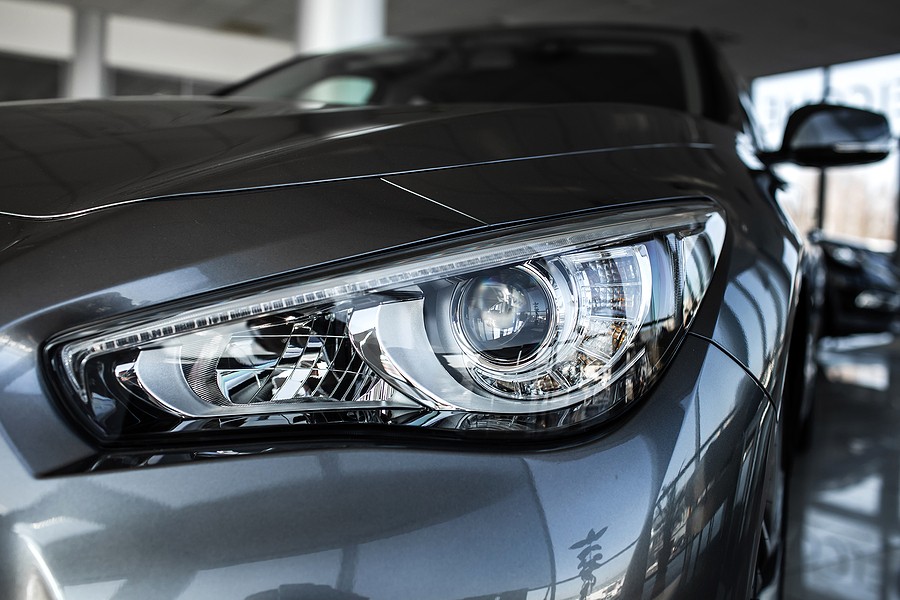 Truth may hurt but face it — unexpected car repairs now average at $550, so why are car repairs so expensive? The said figure was reported by American Automobile Association (AAA) along with the recommendation that car owners now save $50 per month for car repair funds, excluding other routine repairs costs. Blame it to the patented parts, repair labor costs with diagnostic time charge, overhead costs for the technician’s tools, etc. Let’s talk about it in this article!

With unexpected car repair cost averaging at $550, this only means some car repairs are cheaper, while others are much more pricey. CarMD car repair survey reported tightening or replacing a loose gas cap could cost $15, not including the cost of a new gas cap. The estimated cost of replacing a defective oxygen sensor, on the other hand, was $258. A failed catalytic converter, however, could cost an average of $1,190 to replace.

Why is car repair so expensive? Is it just that “technicians” want your money, or is there something more complicated going on at work? Trust us when we say it's the latter, but there's a reason for that.

Why Are Cars Repairs So Expensive? The Top Reasons

When you ask, “why are car repairs so expensive, especially nowadays, one of the top and major reasons are patented car parts. Car companies have gradually patented replacement parts for their cars over the last decade, from fenders to headlights to mirrors. After an accident, instead of getting an option of cheaper parts, car repair shops are forced to use patented parts from the manufacturers, and that makes car repairs much more expensive.

In 2008, a case came to light that opened the floodgates for auto component patents. For the 2004 Ford F-150, Ford received patents for many crash repair components, including the head and tail lamps, grille, side view mirror, and bumpers.

Ford lodged a patent infringement lawsuit with the International Trade Commission (ITC) after Keystone Automotive Industries and many other manufacturers tried to import substitute F-150 parts from overseas factories. The ITC ruled in favor of Ford on seven of the patents in 2008, prohibiting the importation of competing alternatives into the US.

The parties eventually reached an agreement, but it demonstrated to the car industry that their patents could withstand official scrutiny. According to the Quality Parts Coalition, a consortium of auto repair and insurance associations, design patents on collision repair parts have more than doubled since 2005.

By far the most patents have been sought by Ford, Toyota, and Honda. The car industry currently has the third-highest number of patent filings, behind only telecommunications and computing.

Because of the patent, you'd have to pay more for an initial OEM component rather than an aftermarket one. It can result in hundreds of dollars being added to the bill for some vehicles and parts. Fortunately, the car policy should cover it. Even so, the increased insurance premiums you'll be required to pay can put a financial strain on you.

“Parts” and “labor” are the two columns in a standard car repair quote. So besides car parts you also have to think about labor costs. And there's a lot more to consider when answering why are car repairs so expensive than just the labor costs of the actual repair. Before you can make a proper repair you must first diagnose the right problem.

The repair shop must also factor in the time and resources required to diagnose the problem. Some auto repair estimates can include “diagnostic time,” which may be paid at a higher rate than standard “repair labor.” The adage “you get what you pay for” applies well to labor costs, which are often determined by the technicians' training and experience. Diagnostic Labor necessitates much more training than repair labor, as well as different equipment, all of which necessitate training and are costly.

Beginner mechanics and technicians may have just a few thousand dollars in equipment. Master technicians and other experts, on the other hand, may have spent upwards of $30,000 in their own tools and equipment. These expenses contribute to the total auto repair bill, whether they pay for it out of their own paychecks or with an allowance the costs can still add to your overall car repair bill.

Automobile repair never gets old: As automotive technology advances, so do the technicians who diagnose, manage, and repair them. On-the-job training is common, but factory and aftermarket training programs are also available.

Such services provide on-site training, while others provide off-site training, which incurs additional travel and accommodation costs. The shop is usually responsible for training costs and time away from work, but technicians can choose to further their education “on their own dime” and on their own time. The more training they get, the more right they have to charge more for their skill.

There are a slew of other expenses that come with operating a car repair shop, all of which are considered “overhead.” Rent or mortgage, groundskeeping, electricity, internet, computers, software, insurance, and legal counsel are examples of such expenses. Then there are the minor details, such as machinery upkeep, engine oil recycling, floor cleaning supplies, laundry facilities, and toilet paper, to name a few. To keep their repair shops going the funds must come from somewhere or from someone — the customers.

All about cars now are different, from the car structure to the technological capabilities. Technology has advanced at a breakneck pace, allowing for the introduction of high-tech modern automobiles that are quicker, safer, and more intelligent than ever before. Cameras, interactive cruise control, and parking assist are only a few of the fancy features that make the driver's life much easier. Technology has advanced in great strides. So why are car repairs so expensive? Because the repair of this modern system is more costly too.

Why are car repairs so expensive? Most Expensive Car Repairs

Whether it's due to normal mechanical failure or an accident, you'll eventually need to fix and maintain it at some point. Not all fixes, however, are the same. Some fixes, such as repairing a broken windshield or a dead car battery, are simple and inexpensive. Problems like critical engine failure, on the other hand, can easily cost you thousands of dollars, if not more

Here are the most expensive car repairs you may encounter and the steps you can take to prevent situations that may lead to you needing them.

The head gasket is what keeps coolant and oil from leaking out of your engine cylinders. If your head gasket fails, engine fluids will spill all over the place, and you will be unable to drive your vehicle. You might ask, why are car repairs so expensive when dealing with faulty head gaskets when the part itself only costs a few hundred dollars. The answer is that the repair process for this type of repair is very labor intensive, and it only follows that the overall expenses of the repair is also high.

The best way to prevent this issue is to keep your car well-maintained and make sure your engine isn't overheating – heat accumulation is the most common cause of head gasket failure, as the gasket will warp due to the engine's high heat and pressure.

The camshaft is responsible for controlling air intake in your car's engine. It may become clogged with debris and dirt if it isn't managed, ultimately failing completely. Again, the camshaft isn't a particularly complicated or costly component, but the labor involved in repairing it means you'll be looking at a significant repair bill – so you'll want to prevent camshaft failure if at all possible.

It's fortunate for you that maintaining the condition of your camshaft is relatively easy. Simply get it checked and washed if you have your oil changed or have a routine cleaning/inspection. The risk of camshaft failure is greatly reduced if it is kept free of debris.

Shocks, struts, springs, rods, and control arms make up the car's suspension system, which helps it withstand road bumps. Parts wear out over time, and if they aren't replaced, you will need a complete suspension overhaul, which will cost you a lot of money.

Keep a close eye on how the car rides to avoid having to replace the whole suspension. If it swings to the left, feels bumpier than normal, or you find any other suspension problems, get it checked out right away – if you replace the problem component early enough, you might be able to prevent a complete suspension overhaul.

To prevent complete transmission failure you must keep an eye on your car's efficiency.

We’ve saved the most expensive repair for last and it’s not surprising that critical engine failure is the single most priciest car repair. If you have significant cylinder failure or damage to your engine block, you will need to rebuild the entire engine – or your car will never be powered again. Often, the cost of fixing this damage makes it a safer investment to simply buy a new car.

An engine can fail for a variety of reasons, the majority of which are related to failure to perform routine maintenance on your vehicle. Your engine could fail if you don't change your oil on a regular basis, neglect oil leaks, or fail to maintain your car's cooling system So if you want to steer clear of this most expensive car repair then you must keep your engine well-maintained and have it tested whenever you take your car to the mechanic.

The first question on your mind as you step into an auto repair shop is likely to be, “How much would this cost me?” This is understandable, but when it comes to car repair, you'll always find that “price shopping” doesn't pay off. So, if you're wondering why a certain store charges extra, there might be a really good explanation.

“What kinds of parts and equipment will they use?” you may wonder. Are the technicians competent and well-trained?  Auto repair shops, like any other company, rely on their customers to keep the lights on. At the same time, they can't service their customers' cars unless they have the required resources, equipment, materials, and experience! Everything comes with a price, adding more dollars to your final car repair bill.

Now comes the real question: how many times do you want to “fix” the same problem, and how long do you want to drive your car?. While some answers to the question, why are car repairs so expensive, may not be all that fair overall it is justifiable and really to sum it up, “You get what you pay for.”