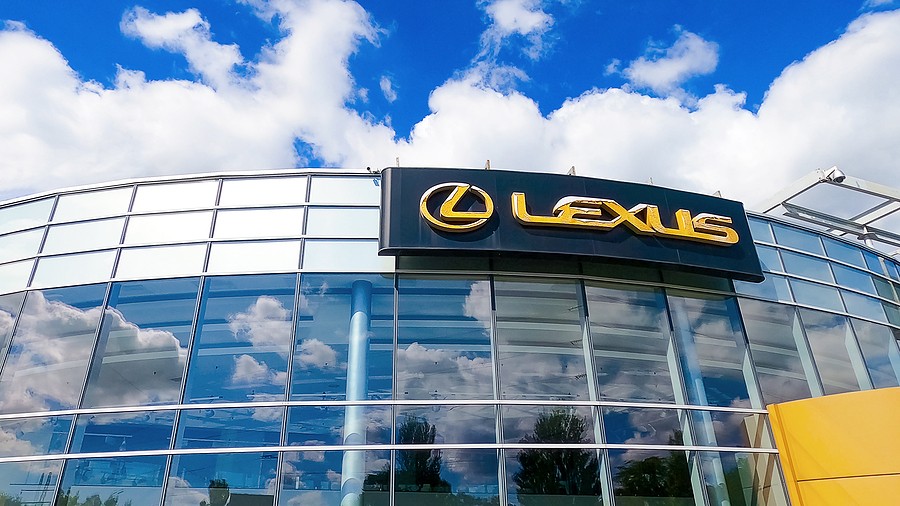 Lexus cars are known for being sharp, stylish, and classy. Who makes Lexus? What a lot of people don’t know is that this brand is owned by Toyota, based out of Japan. These cars are in a higher price range, from $35,000 to $95,000. There’s something to be said about the allure.

Why not? Fast, fancy, and showy, Lexus sells the type of car that people like to leave out front in the drive for the neighbors to admire.

Lexus is actually owned by Toyota.

It’s true. This isn’t to say a Lexus is a Toyota, not out right.

The manufacturer retains a certain independence from the parent company. Today, Lexus offers some of the finest in luxury sports cars, sedans, and SUVs. Don’t be surprised if you find yourself fantasizing about buying one.

The best place to learn about a car brand is actually at the dealership itself. You can learn a lot about customer service, performance of the vehicles, price ranges, and service requests just by stopping by a dealer. Feel free to check out the floor models while you’re there.

Where are Lexus Cars Made?

Lexus automobiles come off the line in Japan most of the time. In 2003, however, automobiles were produced in Canada. Today, most are made in Japan. There are plants in Ontario, Canada and Georgetown, Kentucky, however.

Lexus operates independently in many regards. For example, the headquarters are an entirely different city in Japan. Since the break of the new millennium, Lexus has been on its own when it comes to design, engineering, and production.

If you want to know who makes Lexus, then perhaps you are interested in a little history lesson.

In 1983, Toyota set out to make the world’s fastest car. Who was the target market? Rich people in Laguna, Beach California. The company knew these unique perspectives reflect the what’s what of the American rich and famous at the times.

Six years later, the project was finished. The outcome? Lexus. As part of the project roll out, 81 Lexus dealerships were eventually opened across the United States.

The brand really took off in the United States around the start of the 90s. Everybody with some money to spare was looking into upgrading from a simple car to something a little more elegant, like a Lexus.

All of the ups and downs of the rollercoaster that is the economic conditions of the international automobile market came to a head in 2019 when Lexus celebrated the sale of its ten millionth vehicle.

Is Lexus Better than A Toyota?

In some ways, yes. Whether a Lexus or Toyota takes the cake is a question of personal preference. It’s important to remember that Toyota is the company who makes Lexus.

For example, both brands offer reliable makes and models. They are both respected by consumers and mechanics alike! That makes them fairly equal in some ways.

However, a Toyota speaks to efficiency, affordability, and safety. Lexus speaks to those factors but also to glamour, celebrity, and speed. That’s the difference!

If you’re somebody who wants to seem tough as nails, practical, or family-friendly, the Toyota make speak more to your soul. If the allure of the Lexus pulls at your heart strings, see how you can fit it in the monthly budget.

Why is Lexus so Pricey?

When people ask why the Lexus is so much money, they’re forgetting the old saying. You get what you pay for. There are plenty of cars out there that can get you to and from the proverbial point A and point B, but they’re not going to offer the quality (nor the luxury touches) that Lexus offers.

In other words, yes, you pay for brand recognition, but you also pay for quality. The service seen at a Lexus dealership is first class, and people pay for that. The pricier cars often hold their resale value better, too. People are willing to pay big bucks for old cars that are on their way to becoming classics.

It should be said that Toyota is by no means the cheapest car on the block. The cars also represent quality. In fact, that’s what makes the trivia of knowing that Lexus is owned by Toyota so fulfilling. You’re getting the class act of Lexus with the reliable record of Toyota under the hood.

Not to mention, it’s a sweet ride!

Lexus Still Stands Out in its Own Right

The gold standard that Lexus is known for helps maintain its privileged status in various consumer surveys and reports. The buyers love the lineup because of all the options it offers.

A Lexus can be small and sporty or big and practical (SUVs come to mind). That means that you can roll down the block in style, and customize it, too.

There are plenty of luxury brands that speak to the same interests. For example, BMW, Mercedes-Benz, and Audi sell similar vehicles.

There’s also Rolls Royce and Bentley Motors. The rich and the famous think of these cars like little toys. For the everyday Joe, however, these vehicles are merely dream cars.

Why do People Choose Lexus?

When push comes to shove, a choice must be made about which car to buy. People choose Lexus over the others for various reasons. One of them is because they know Toyota makes Lexus.

There are the gearheads out there who know a little more about what’s under the hood. For them, here are the stats. 2020 models boast powertrain choices:

Of course, there’s also the choice between automatic and standard. Hybrid models offer up to 44 miles per gallon. With the skyrocketing prices at the gas pump these days, that’s music to the ear.

Drivers who are more into athletics and adventures can look into the F Sport Trim Levels because the vehicles are said to be sturdier and sporty. In other words, if you’re going hiking a lot these days, you can find a Lexus that allows you arrive in style.

Lexus is Known for Its Reliability

There are several manufacturers that are known for producing “quality” cars that break down in just four or five years. These cars often get sent to the junkyard before their official expiration date sets in just because they are so frustrating. This doesn’t describe Lexus, though.

Lexus is known for its reliability.

At the end of the day, its safe to say the cars win a lot of awards. For some consumers, that’s an irrelevant fact. Such buyers should reconsider the position; the awards are given for a reason. The car stands out in all the right ways.

Yes, a Lexus can be a pricey car in some households, but it’s not unattainable for all. The best part is that the high price tag can be a bit of an investment in the long run. The vehicles hold typically their value over time.

There’s also something to be said about incorporating a luxury brand into your image. If you show up to a job interview in a Lexus, and it’s noted, the company may offer you more money in the salary negotiation. You make it clear that you demand more from life, so it often is given to you.

Other people just like the cool factor, and that’s alright if they can afford it.

A great hack for people who want these benefits, but don’t want to spend too much money, is to buy a certified or used car. Don’t buy a total lemon, mind you. A car that’s two or three years old will do the trick, especially if the car has low mileage. Some dealerships even offer extended warranties.

When to Call the Junkyard about a Lexus

The average lifespan of a vehicle is 12 years. This is all relative. Some cars last less time due to manufacturing problems. Others last for forty years because of impeccable maintenance and repair.

A Lexus doesn’t usually break down on people; that’s why the investment pays off in the end. However, buying a used car always require some research. No manufacturer is perfect.

One last piece of advice: If you buy a used Lexus, be sure it’s not a car that’s headed to the junkyard in the near future. That wouldn’t be elegant at all.