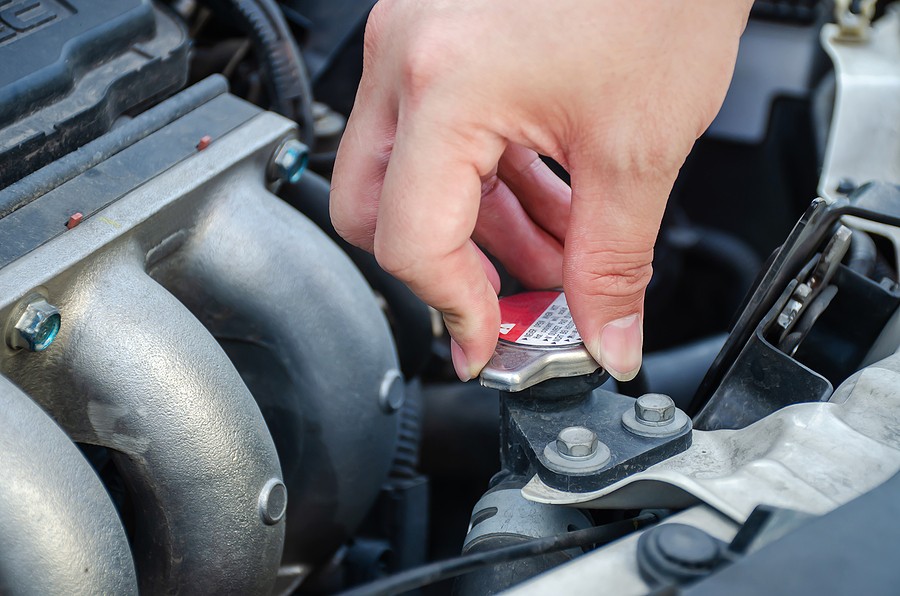 If you're wondering, “what should I do if I use water in a radiator?” You won't immediately deal with damage if relying on water. However, you will deal with low boiling points, high freezing points, and internal engine rusts.

There are many different types of fluids required in your vehicle to maintain it and prevent internal damages. One of the most critical fluids is the coolant responsible for bringing the engine temperatures level to the optimum operating point and preventing engine damages.

Many inexperienced drivers might take a shortcut and rely on water instead of water coolant mixture in the radiator. The question always remains, “what should I do if I used water in the radiator?”

This article walks you through all that you need to know about the consequences of relying on water only in your radiator.

What is the radiator, and what does it do?

The radiator is a critical component in your vehicle's cooling system. Many other components work together within the cooling system to bring the engine temperature to a certain point when it exceeds the maximum threshold.

The radiator is responsible for sucking up any extra heat from the coolant allowing it to cool down and be ready for a second round around the engine to cool it down. Without a perfectly working radiator, your vehicle's cooling system will not operate properly, and therefore, you will deal with immediate engine overheating that could damage your vehicle's engine.

What is the difference between water and coolant?

It is important to understand that the fluid that runs through the cooling system and sometimes is referred to as the radiator coolant is not only made up of water. Instead, it is a combination of both water and anti-freeze.

Before we even discuss the question, “what should I do if I use water in a radiator?” You must differentiate between both water and coolant. In the past, old vehicles relied on water only to cool the engine down and never used antifreeze or coolant unless it's winter season.

However, as vehicles got more complicated and engines became more sophisticated, the water became ineffective to cool the engine down. Simply because engine temperature increased significantly beyond the capabilities of water to cool it down. Also, modern vehicles are now equipped with finer complicated elements that might get damaged from deposits left by water. These deposits can easily result in rusting the internal components.

Considering the possible negative consequences of water on modern engines, automotive experts and manufacturers decided to introduce coolant as part of the fluid that runs through the radiator. In most modern vehicles, the coolant consists of a 50/50 mix of both water and antifreeze.

With this mixture, vehicles do not have to worry about freezing coolant around the engine. At the same time, they don't have to worry about water boiling and to evaporate when engines exceed certain temperatures. In general, with a mixture of coolant and water, your vehicle gets a freezing temperature up to negative 34 degrees Fahrenheit, which is considered a decent temperature that prevents coolant from freezing during very cold winter.

My understanding of the antifreeze characteristics, many people wonder why we don’t just rely on anti-freeze only without any water? The short answer is that anti-freeze is used only to push the limits of freezing and boiling temperatures beyond the typical range. In other words, if you rely on anti-freeze by itself inside your vehicle’s radiator, the radiator's coolant will freeze at only 8 degrees Fahrenheit, which is not as good as the negative 34 degrees that we mentioned earlier when using both antifreeze and water.

Is it OK to put regular water in the radiator?

While you can put water in your radiator without major issues, you cannot rely on it completely. If you only use water, you will lose the characteristics that you can get from the mixture of antifreeze and water.

In other words, one of the first things that you might face when using only water in your vehicle’s radiator is dealing with engine overheating. This is because water by itself boils at a lower temperature point as compared to the water anti-freeze mixture. Similarly, you will have more issues dealing with the cooling system during winter because water tends to freeze way before the water anti-freeze mixture.

Therefore, it's not recommended that you rely on water only for running your vehicle's radiator, and you must follow what's mentioned in your vehicle's owner’s manual to prevent dealing with significant damages that might cost you thousands of dollars down the road.

What should I do if I used water in a radiator?

It's not wrong to use water only in your vehicles radiator bots; there are several factors you need to keep in mind and be prepared for:

When you rely on water only, you will most likely deal with freezing point much earlier than using an anti-freeze water mixture. This should not be a big deal if you live in warmer areas where you don't expect the vehicle's coolant or fluid to freeze out, or freezing, in general, is not a big deal for you.

If you ignored the freezing point issue and live in colder areas, you will most likely deal with what's known as the expansion in the plugs where these plugs get out of their place and require extremely high repair costs.

Also, when water freezes inside the water pump, it causes the water pump to see that needs a lot of repair costs and might end up installing a new component.

Unfortunately, the boiling point is not something that will not be a problem if you live in colder areas. This is because most vehicles equipped with combustion systems get to a point where the engine temperature is at a very high level no matter what's the weather outside.

Therefore, as your engine overheats and as the water gets hot, it might boil out, resulting and evaporating the water and failing to reduce the engine temperature at the right time. Thus, engine overheating problems can be an immediate consequence of using water instead of water anti-freeze mixture.

Finally, the anti-freeze impacts the boiling and freezing temperatures. It also has the capability of protecting the engine's internal components from rust issues. As we indicated earlier, water has many deposits that might impact the engine's sensitive components and cause damages.

Can you drive with a low coolant?

If you are not already aware, coolant is a critical fluid in your vehicle. It is responsible for bringing the engine temperature to the optimum level whenever it exceeds a certain threshold. Running your car on a low coolant is very risky because it might lead to internal engine damage is in no time.

Your vehicle is designed in a way that needs a certain level of coolant to bring the engine temperature down. If you ignored a low coolant issue, your engine would not receive the right amount of fluid that helps set school down at the right time.

Depending on the severity of the coolant level, the problem might be different. In other words, if your coolant level is slightly below the required threshold, you can easily top it off and resolve the issue. However, if the coolant level drops significantly in a short time, it might indicate internal or external coolant leaks. This situation is critical because it is challenging for any inexperienced driver or most drivers to detect locations of coolant leaks. Therefore, you're recommended to reach out to your mechanic to help resolve the issue immediately before damaging the engine.

Can I use water in the radiator for emergencies?

Experts indicated that if you run in an emergency where your vehicle is continuously overheating, and you don't have coolant, you might be able to use water instead. However, it is important to keep in mind that this should not be a permanent solution, and as soon as you get access to coolant, you should top it off or reach out to your mechanic to flush the radiator and use a coolant water mixture.

If you ended up in this situation, you are recommended to use the highest quality water. As we indicated before, water might have many deposits and debris that could cause internal engine damages. Therefore, when you're forced to rely on water to drop the engine's temperature, this water must be as clean as possible.

Once you select the best type of water for your radiator, you must check the coolant level and make sure that you do not exceed the maximum level when topping it with water.

What kind of water is best for radiators?

Whether you are in a situation where you must use only water or prepare a water anti-freeze mixture, you must select the best type of water that works properly to generate the right coolant mixture.

In general, experts recommend using distilled water for preparing the coolant mixture. Obviously, you want to refer to your vehicle's owner’s manual to get further details regarding your specific vehicle's brand.

To prevent dealing with the hassle that creates the coolant mixture, you might want to purchase a premixed coolant where experts selected the right type of water that works best and will not lead to internal engine damages. But, again, there are plenty of brands out there, and you can read more about their characteristics to learn what works best for your car.

Is coolant the same as antifreeze?

Sometimes you'll see that people use the terms coolant and antifreeze interchangeably. However, coolant is a combination of both anti-freeze and water that are mixed with the same quantities.

Every driver needs to become familiar with the different types of fluids inside the vehicle. It's also critical to prevent replacing the fluids without performing the right level of research and preferring your vehicle's owner’s manual.

Some of the very common questions that we received from many of our customers as “what should I do if I used water in a radiator?” The short answer is that water can be used earlier, but if you rely on it, you deal with issues with a low boiling point, a high freezing point, and internal engine rusts. Therefore, in cases of emergencies, you might be able to use water instead of antifreeze and water mixture, but it should not be a habit to prevent dealing with damages in your engine.

If you got to a stage where your engine is damaged because of using water instead of an anti-freeze water mixture for a long time, you resolved the issue by repairing the engine. However, in some scenarios, your engine might get completely damaged due to significant overheating. When that happens, you're recommended to sell your vehicle instead of wasting your time and effort getting it to work and installing a new engine.

The good news is that Cash Cars Buyer is willing to remove your car within one to three days only!