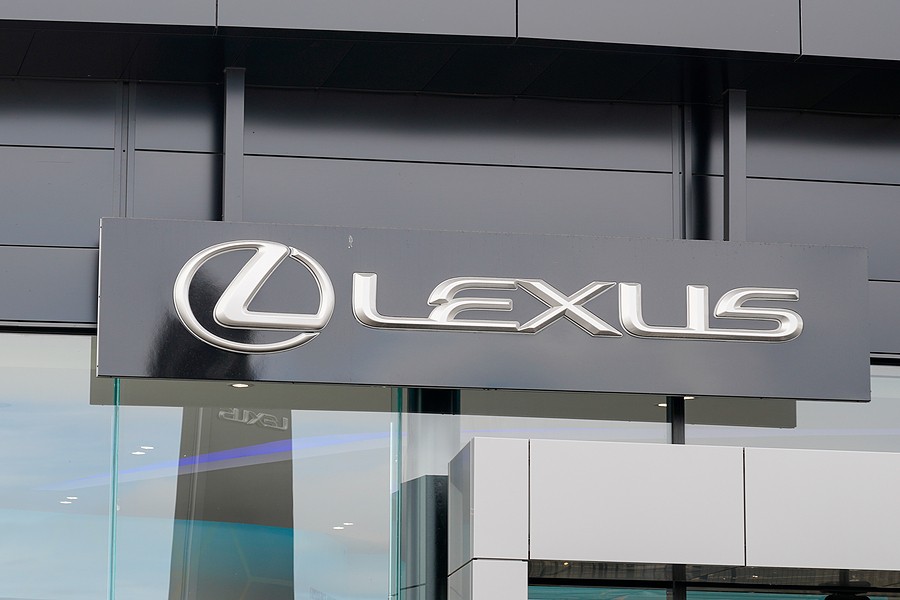 Lexus perfected the art of superior design and excellent craftsmanship. While they originally established their reputation on its luxury sedan, they have grown more considerably because of their luxury SUVs. If you have narrowed down your option to buying a Lexus SUV, you probably want to know what Lexus SUV is the creme de la creme. What Lexus SUV is truly top of the line? We’ll answer that question, but first let’s make the definition clear.

Among all the Lexus SUVs, the most expensive is the Lexus LX 570 at a starting price of $86,480. But many car enthusiasts and critics are not convinced that this is the best SUV that Lexus has to offer, so it being top of the line is debatable when it comes to quality and value in relation to the cost. It does not do so well in rankings of SUVs that fall in the same class that it is in. Being the most expensive does not necessarily equate to being the best. Nonetheless, we will be presenting to you Lexus LX 570 as the top of the line Lexus SUV in terms of the price. And then, we will take a look at another Lexus SUV which does extremely well in SUV rankings and would fit into being top of the line when it comes to overall features–being the best Lexus SUV ever. But first, let’s take a look at Lexus LX 570.

LEXUS LX 570 – The Biggest and Most Expensive Lexus SUV

What makes LX 570 stand out among other SUVs is its capability to conquer challenging terrains while still providing comfort and luxury to its driver and passengers. While SUVs are often pictured as the go-to-vehicle for off-roads and outdoor recreations, only a few can really live up to the challenge, but this is not the case with LX 570. It really does well off-road. It is one of the most capable SUVs on rocky terrains and muddy trails. Thanks to a number of features like full-time four-wheel drive, crawl control and an adjustable suspension, off-roading is made easier.

LX 570 boasts of a V8 engine with 383 horsepower. That sounds very good, however, it does not perform as well as you expected of that engine. The engine falls short in moving this large SUV with any kind of eagerness. It is not that the engine power is underwhelming. It is just that most class rivals are faster. But what will horrify users would be how monstrous it feeds on fuel. It has a terrible fuel economy at 12 mpg in the city and only 16 mpg on the highway.

With all the rave about its engine, you should not raise your expectations that much. LX 570 is better off off-road. It is unarguably excellent off-road however on the pavement there is much to be desired. While it feels stable and poised when doing turns, there’s apparent body lean that is happening. It provides a comfortable ride overall, but there are other luxury large SUVs that offer better ride and handling. When it comes to its towing capacity, a properly equipped LX has a towing capacity of 7,000 pounds, enough to pull a boat. However, there are other competitors that can tow more.

The Lexus LX two-row model can accommodate five people while the three-row model can seat eight people. According to reviews, the first two rows provide comfort and adequate support with generous  head- and legroom. However, the third row seats are hard to access and have little space so they are not suitable for adult passengers. Like most vehicles, LX comes with two full sets of LATCH connectors for child safety seats.

A moonroof, an infotainment system with a 12.3 inch screen, quad-zone automatic climate control, Remote Touch controller, navigation, a 9-speaker audio system, USB ports, Bluetooth, satellite radio and HD Radio all come standard in LX. With the big display of LX’s infotainment system it is easy to see and read. However, the Remote Touch Controller (mouselike device on the center of the console) is not so user-friendly. It makes it difficult to navigate the infotainment menus.

Verdict: Lexus LX 570 is in a league of its own when it comes to off-road driving. It is powerful, roomy, and upscale. But it falls short in other categories especially when comparing it to its rivals from other car manufacturers. It is the most expensive Lexus SUV but it would not do justice to Lexus’ reputation if it is dubbed as the top of the line Lexus SUV when it sits behind most of its rivals. It does not represent the brand well considering its high reputation.

RX LEXUS 350: DUBBED AS THE BEST LEXUS SUV OF ALL TIME

Now it’s time to unveil the Lexus SUV which is top rated among all Lexus SUVs…The RX Lexus 350 is not the most expensive Lexus SUV but it garnered the most accolades. It is also one of the best selling luxury SUVs in America. In fact, the 2020 model is currently the best selling luxury midsize SUV. The RX Lexus is truly top of the line when it comes to value for cost and performance. And here are the reasons why:

The standard can seat up to five people but if you want more seats you can upgrade to RX L which can seat up to seven people. The seats are comfortable with plenty of head and legroom, thanks partly to the second row slides and reclines.

For child safety, RX 350 has two complete sets of LATCH car-seats connectors and the rear middle seat has a tether-only connection. The middle seat can borrow a lower anchor from adjacent seats. The RX also received the highest rating of Good+ for ease of use from the Insurance Institute for Highway Safety.

The 2019 Lexus RX earns 20 mpg in the city and 27 mpg on the highway. For a luxury midsize SUV, these numbers are impressive.

You can cruise in comfort with the Lexus RX, even over rough pavement. It is less sporty though compared to competition but  the F Sport models has a retuned suspension system for a more controlled ride. Front-wheel drive comes standard, but all-wheel drive is available.

J.D. Power gave the 2020 Lexus RX 350 with an impressive predicted reliability rating of 4.5 out of five.

More intuitive Infotainment for the RX 2020, Bluetooth and Navigation

The 2019 RX 350 emerged as the winner of the US News & World Reports’ 2019 Best Luxury 2-Row SUV for the Money Award and a finalist for Best Luxury Two-Row SUV for Families award in the same year.

Verdict: The Lexus RX 350 definitely has what it takes to be considered as top of the line when it comes to Lexus SUVs. It has excellent fuel economy. Its engine is powerful and the RX 350 provides the comfort that you are looking for in a luxury SUV. It is also ideal for a family with its abundance of standard safety tech features. RX also offers elegance in style and in the use of premium materials. It basically has everything you are looking for in a luxury crossover SUV. The only reservations critics have with the RX is its cargo space which is low compared to its rivals and that it is not as sporty as its rivals. But no doubt the Lexus RX 350 gives a lot of bang for the buck. That’s why many consider it as the best value luxury SUV.

Lexus even made the 2020 version of RX even better. It has the same efficient V6 engine and hybrid drivetrain as the previous versions but with major upgrades like the touchscreen infotainment system, updated stabiliser bars, new safety features, new designs to modernize the style so it can compete with its rivals, and more adaptive steering response. On its exterior, Lexus redesigned the RX 2020 front bumper. It also has sharpened headlights and gives you an option for a power moon-roof. The Lexus RX 2020 is equipped with everything needed so it looks good and drives smoothly, safely and enjoyably for years to come.