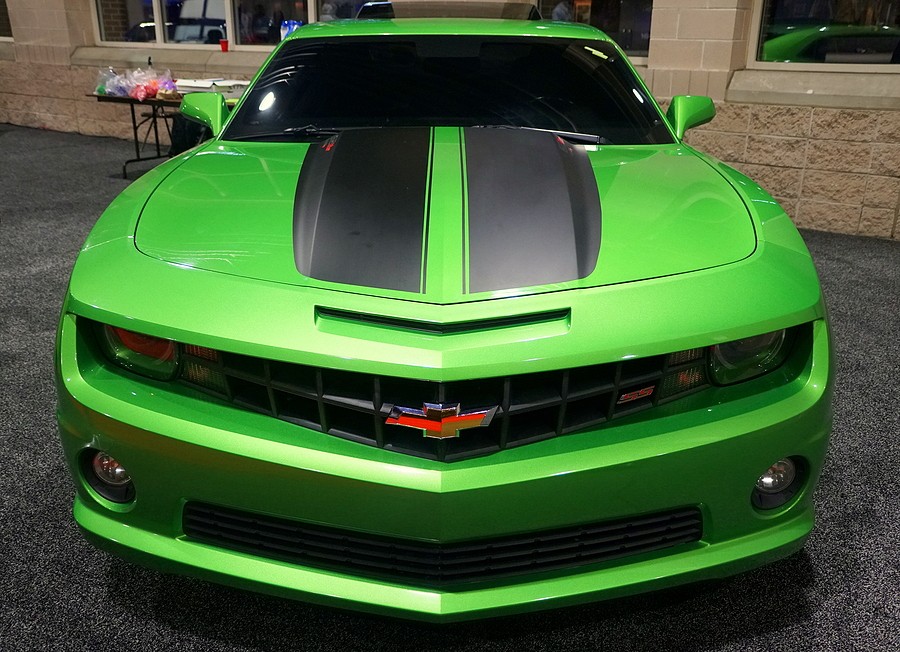 These recent years haven't been Chevy’s best but their U.S. sales are still strong. Chevrolet is still able to get 11.75 percent of the market share with 2,036,023 units sold in 2018. Globally, its sales performance in 2018 is reduced by .8 percent compared to the previous year with just under 4.1 million units sold. But despite the slight decrease in sales, it is undeniable that many still prefer a Chevy than other cars from other automakers. Now, let’s take a closer look at what Chevrolet has in store for its lineup for 2021.

The next-gen models of Tahoe and Suburban are made to be better than their predecessors but still borrow a lot from the Silverado pickup which is their platform donor. One thing that is different with them though is a live rear axle with leaf springs. Both now are proud to have an independent rear multilink suspension with coil springs, improving their ride quality plus providing more room at the back as it lowers the large SUV’s floor.

When it comes to design, both the 2021 Tahoe and Suburban keep their hulking boxy frames, but come with a different and new frontal design similar to that of the latest-gen Silverado. The 2021 Tahoe has been expanded by 4.9 inches in wheelbase, while the 2021 Suburban increases by 4.1 inches on its wheelbase length. It also has bigger car space with Tahoe boasting 26 cubic feet of space behind the third row which is almost twice of what it had before, plus its legroom in the third-row has increased by 10 inches which is now at 34.1 inches. The Suburban also got bigger cargo space and third-room legroom though its growth is much more modest at 2 and 2.2 inches respectively.

The interiors of the 2021 Chevy Tahoe and Suburban differ slightly from the Silverado truck. Most controls are unique to Tahoe and Suburban getting a large 10-inch touchscreen display and a lot of advanced safety features that come with it. These include forward collision alerts, the body-on-frame duo gets standard automatic emergency braking, automatic headlights and front-pedestrian braking. Lane departure warnings and blind zone alerts are available as options.

There has also been revisions on the powertrain lineup compared to the previous models. A standard 5.3L V8 with 355 hp and 383 lb-ft torque still remains, but the standard engine for High Country models which is 6.L V8 with 420 horsepower and 460 lb-ft is now boasting a cylinder deactivation combined with start/stop system for better fuel efficiency. Another new addition to this year’s models option is the 3.0L Duramax turbo-diesel inline-six cranking up 277 horsepower and 460 lb-ft of twist while at the same time providing up to 30 mpg combined when properly equipped. This is available to all Suburban and Tahoe range except from the off-road oriented Z71 versions. All engines are paired with a 10-speed automatic transmission, and are either standard rear or optional all-wheel drive configuration. As expected, the Z71 comes standard with mandatory all-wheel drive plus offering of off-road tires, better approach angles and skid plates. The newly redesigned 2021 Chevy Tahoe and Suburban are now much more attractive to new buyers.

Since the mid-engined Chevrolet Corvette Stingray was unveiled, it has been gaining plenty of admirers. Some even go further, saying that it’s been piquing car enthusiasts’ fancy for decades until it became a reality for MY 2020. The sub-$60,000 price tag of the C8 Corvette made it more interesting but unfortunately it won’t last for long. A reliable source made known to Motor Trend that the $59,999 sticker will be gone after MY 2020. It is still unknown how much the 2021 Chevrolet Corvette Stingray is going to cost but it is expected to increase up to a few thousands, same as the case with earlier generation models.

While it for the most part stays true to the hallmark American supercar styling of the previous generation, the new Chevy Corvette Stingray is overall a different beast. And it’s not just about the fact that the engine is moved behind the driver, there are also differences in structure that are very noticeable since the new layout requires a different approach to cooling and aerodynamics. Moreover, Stingray’s seating position has been moved forward by 16.5 inches compared to the C7.

What makes it more desirable is that its interior is arguably the best so far in Corvette’s history. Its cockpit is stylishly well-thought of and comfortable. It comes with a myriad of high-tech features like a driver-tilted 8-inch touchscreen display or the programmable digital display behind the new squared-off steering wheel.

The entry-level versions are somewhat more spartan particularly when compared to higher models but the next generation Corvette will still give just about enough.

The Z51 package which costs $5,000 will probably become one of the most sought after options as it provides dual-mode performance exhaust, all-season tires among other things, and adjusted suspension with electronic limited-slip differential. When combined with the $1,895 FE4 magnetorheological dampers, it finishes the most potent C8 Corvette at launch.

When it comes to performance, the next-generation Corvette Stingray gets its power from a 490-hp and 465 lb-ft of torque 6.2L supercharged V8 mill called the LT4. The Z51 package also offers additional 5 ponies and 5 lb-ft to the final output.

An eight-speed automatic transmission is only available and it is the first such trans for the Corvette. When properly equipped, the C8 stingray is capable of running from 0 to 60 mph in 2.8 seconds.

After being absent for more than 10 years, the Chevy Trailblazer is back. Last time around, the Traverse replaced the old Trailblazer. The 2021 model is significantly smaller than the first-generation Trailblazer, but it is not the smallest available Chevy SUVs. The subcompact Trax is still the smallest.

The 2021 Trailblazer appears much like a scaled-down Chevy Blazer that also is making a comeback to the Chevy lineup, but was available an entire year before it. Chevrolet gives you no less than 5 different trim levels with prices starting from an affordable $20,000 which includes the destination charge for the base trim.

The top of the line Activ and RS trims have a different look and start at $26,395. Activ imitates an off-road theme, and has a larger grille, unique 17-inch wheels and Hankook Sports Terrain tires while the RS mimics a sporty theme with tweaks in appearance.

The interior of the Trailblazer gives more space than the smaller Trax although it is more affordable than the subcompact. Standard safety features include automated emergency braking, lane-keeping assist and forward-collision warning. Adaptive cruise control and blind-spot monitoring are available as options.

Its engine can either be a 1.2L turbocharged 3-cylinder with 137 hp and 162 pound-feet of torque or a slightly bigger 1.3L turbocharged unit with a corresponding amount of cylinders that’s good for 155 hp and 174 lb-ft. The 1.2L can be configured exclusively in front-wheel drive form coupled with a CVT gearbox while the 1.3L has an optional all-wheel drive and a mandatory nine-speed automatic transmission.

The new Chevy Trailblazer is arriving in Spring of 2020 and its goal is to offset the loss of sales due to the discontinuation of Volt EV, Cruze and Impala Sedans.

It is solely responsible for turning the bland mid-size pickup truck market into a competitive segment once more after its comeback a few years back, the Colorado, however, has not been properly updated since. The 2021 Colorado addresses the issue by adopting a new face and adding some new colors but the major differences can be found across the off-road oriented ZR2 trim which now further differs from the rest of conventional models.

Design revisions include a redesigned frontal fascia and new color solutions for its bow tie logo on the grill which depend on a chosen trim level. All models now have a large Chevrolet lettering on the tailgate. A new Sand Dune metallic paint scheme is introduced on the top of the line Z71 and off-roader ZR2 trims.

The 2021 Colorado has a sturdy gasoline 3.6L V6 with 308 horsepower and 275 lb-ft of torque and a capable 2.8L Duramax turbo-diesel 4-cylinder cranking up 181 horsepower and 369 pound-feet of rotational force. Both engines come with an 8-speed automatic transmission and all trim levels except for the off-roader ZR2 can be configured in rear-wheel drive. All-wheel drive is also available as an option on all trim levels.

While the new Chevy Colorado does not bring any major revisions, it is still a welcome step steering to the right direction.

The best-selling Chevy is finally having a complete and fully revised lineup with the heavy duty line finally redesigned for MY 2020. For 2021, Chevrolet intends to keep things as they are and only significant change for next year will be the upcoming 2021 Chevy Silverado 2500 HD Carharrt special edition. The popular workwear-theme take on the heavy duty Silverado begins with the LTZ crew cab model with Z71 off-road package included.

Other than the special edition, the rest remains unchanged. The Silverado 1500 got its last major revision for MY 2019, while the Silverado 2500 and 3500 go into MY 2020 with similar revisions.

All Chevy Silverado pickup trucks come in spartan entry-level trims with very few in ways of advanced electronic features or fully loaded with gear. The 2021 Silverado comes in three cab configurations namely the regular cab, the double cab and the crew cab; and three bed lengths which are short, standard and long. Almost every trim can get any of the mentioned options which gives prospective Silverado buyers a lot of room to navigate.

The base trim’s price starts under $30,000 while the most expensive trim starts at $65,000. The Silverado powertrain lineup offers many options. The half-ton pickups have four different options, while the heavy-duty lineup adds two more. The base trim can be ordered with either a 355 horsepower 5.3L V8 or a 420-hp 6.2L V8 as far as eight-cylinder configurations. You can also opt for a 310-hp 2.7L turbocharged 4-cylinder and a torque-rich 277-hp 3.0L Duramax turbo-diesel inline-six. The upper trims Silverado 2500 and 3500 HD get a bigger 6.6L V8 with 401 hp and 464 lb-ft of torque, or an optional 6.6L Duramax turbo-diesel V8 cranking up 445 horsepower and 910 lb-ft of twist. The latter has a towing capacity of 35,500 pounds, which currently leads the pack.

When it comes to style, the redesigned Bolt gets a revision on its frontal fascia and some tweaks around the back including everything from headlamps, taillights to grille and bumpers. It also has the new two-tiered lighting setup.

The interior of the 2021 Chevy Bolt gets a major revision, apart from a number of tweaks in style, it also gets a new seating arrangement. It also comes with a larger infotainment display with all the needed driver’s aids. Most advanced systems are only available at additional cost which include a blind-spot monitor, forward-collision warning and automated emergency braking, rear cross-traffic alert and a lane-departure warning and a lane-keeping assist.

The powertrain has an enhanced range which is now at 259 miles from its former 238 miles. This was made possible because of a larger battery pack boasting 66 kWh from its 60 kWh. Besides that, the Bolt EV has a 200-hp permanent magnet electric motor which is more than enough considering its size. Recharging times depend on the capacity of the outlet. A level 3 station would only require an hour and a half to get a battery fully charged, but a 240-volt outlet would need nine hours to do the same.

The new 2021 Chevy Bolt is definitely a better car than the previous models in several ways. It even easily beats most of its numerous competitors.