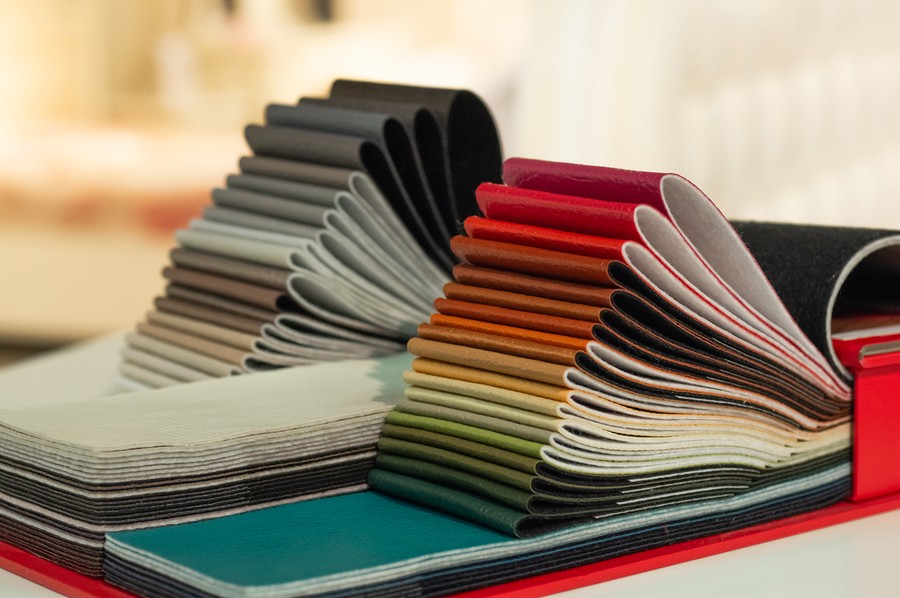 What is Leatherette? It is a type of material created to substitute leather in clothing, footwear, and more.

Leatherette is known for its very close look to the natural leather, and relatively lower price.

On the other hand, some of the drawbacks of the leatherette leather are that it has a fake feeling as compared to the natural leather; it might have cracked over time, which gives it a fast-worn look.

It is crucial to maintain a regular cleaning routine to have long-lasting Leatherette in your vehicle. Besides, it is good to apply some of the best practices like avoid the sun intensity and prevent carrying sharp objects on your Leatherette.

Leatherette is repairable; however, you need to choose the right repair kit for your Leatherette.

In this article, we will explain the main materials that go into the production of Leatherette, some of the common characteristics of Leatherette, including leatherette pros and cons, and we will provide you with a step by step on how to clean your Leatherette without damaging it.

From its name, Leatherette is designed to mimic real leather and substitute it in making clothing, footwear, and upholstery.

Since Leatherette is different than leather and does not have the natural animal byproducts, there are specific characteristics Leatherette is known for:

How to distinguish Leatherette from real leather?

It is not easy to distinguish between real leather and Leatherette, and especially it the Leatherette has a very high-quality.

However, by giving the material a closer look, you might be able to tell the difference.

The Leatherette tends to have equally spaced pores in the material, while if it is real leather, you will see unevenly distributed pores.

Moreover, Leatherette has a plastic-like texture, and it never has the buttery texture that you feel when touching a real leather.

If you would like to know accurate information, you can check the vehicle’s owner’s manual for more details on the type of material used to cover the seats. Besides, many online inventories can tell you about the type of leather used in certain vehicles.

How to maintain leatherette seats and prevent tears and cracks?

Although Leatherette is known to break and tear over time, it is possible to prevent leatherette cracks by applying some of the following best practices:

If the windshield is not good enough to prevent the sun’s intensity, you could use window screens instead.

The sunlight intensity will not only cause cracks to the Leatherette, but it will also fade the color and show it as more worn.

If you had to carry pointy or bulky objects, always put them in the vehicle’s trunk if you can. Otherwise, place a protective blanket under the sharp object on the leatherette seats.

Some sticky items or food might result in pealing of the Leatherette and, therefore, damaging it.

How to clean Leatherette without damaging it?

It is important to keep the vehicle’s interior clean as the exterior. The leatherette car seats accumulate lots for dirt from people sitting drinking or eating in the vehicle.

As we mentioned before, Leatherette is the type of material that might create cracks if not maintained over time. Therefore, there should be specific care and cleaning approach to take care of the leatherette car seats.

Here is the step-by-step on how to clean a leatherette car seat without damaging the material:

Before applying any detergent or cleaning product, it is recommended that you remove any debris or dust by vacuuming the Leatherette. If you started wetting the Leatherette without cleaning the dust, you would start seeing some mud that makes it harder to clean.

The idea of vacuuming the Leatherette before applying a cleaning product comes from cleaning your house floor. Before you start applying wet products on the floor, you mop or wipe the floor first.

Leatherette is considered not washable. Therefore, you need to find a good leather cleaning product to clean it.

Do good research on which leather cleaner is best for your leatherette seats and use a very small amount at a time.

Since the Leatherette might break or crack, you need to follow the exact instructions on the back of the cleaning product to prevent damaging the Leatherette.

Leatherette is not like the fabric. In a fabric, you need to scrub it hard to get rid of the dirt on it. However, Leatherette is flatter, and a simple wipe can get the seats cleaned.

Use a soft towel and make sure to spread the cleaner at every spot of the Leatherette.

Once you spread the leather cleaner around every spot of the Leatherette, it is now the time to wipe it off.

Using the chamois, wipe off all the leather cleaner and make sure not to leave any areas without wiping it very well.

Then, let the seats dry naturally.

Adding a leather conditioner to the Leatherette is not a mandatory step; it is optional. It is like adding a conditioner to your hair, while it is not necessary, it can keep your hair moisturized and looks good.

Leather conditioners will not be used to clean the Leatherette, and it is used to improve the final appearance of it and prevent the Leatherette from cracking or breaking.

What are the different brand names for Leatherette?

There are many brand names for Leatherette, including:

Since Leatherette contains large amounts of PVC in its composition, it is not considered environmentally friendly.

There are adverse environmental impacts for Leatherette during the production process and after the material ends up in the landfills.

To make Leatherette soft and flexible, a plasticizer material called phthalate is used as one of the composite materials. Moreover, using the PVC in the leatherette production involves adding large amounts of petroleum and tons of energy. As a result, producing Leatherette requires a large amount of energy that depends mostly on fossil fuels.

Fossil fuels are one of the non-renewable types of energy that will finish one day. Overuse of fossil fuels is one of the worst practices that affect the environment, especially after the oil crisis.

Not only does the Leatherette include materials that have adverse environmental effects, but the production process also contributes to pollution. When producing Leatherette, some toxic byproducts are released. These byproducts include carcinogenic byproducts, dioxins, and others. These products are considered toxic to humans and animals.

Some of the byproducts like dioxins can stay in the environment for a very long time after the leatherette production.

When Leatherette is sent to the landfills after its lifetime ends, the PVC component does not decompose or biodegrade. If it starts decomposing, it releases more toxic chemicals to the water or the underlying soil.

In most cases, the answer is yes. The leatherette material is repairable unless there are major damages.

You need to keep in mind that you have to use a specific repair kit that is suitable for your vehicle’s leatherette composition. Every composition has different materials involved.

Also, you need to know how repairs are done depending on the type of tear or wear in your Leatherette. Some repairs require surface repairs, while others require you to fix the material underneath the Leatherette.

Finally, when you get the leatherette repair kit, consider checking if it has the color-match capability. Otherwise, your repair will be obvious and will look odd when compared to the rest of the Leatherette.

Leatherette is known to retain any dye more than the regular leather. That been said, manufacturers go very creative with dying the Leatherette with many color patterns.

Leatherette, however, does not retain paint as it is not very porous. Therefore, if you decided to paint a specific leatherette area, make sure to read and know the composite materials of this Leatherette.

You might need to apply some sort of coating before using the paint to change the leatherette color.

Something to keep in mind, some types of paint might result in damaging the Leatherette. Therefore, it is recommended that you contact the manufacturer to determine best which type of paint to use for this specific Leatherette.

In general, Leatherette looks very similar to natural leather. Moreover, you might not even be able to tell the difference between the two unless you micro examine and take a very close visual investigation to the material.

Leatherette, however, has a cheaper feeling when compared to natural leather.

Leatherette, or what is known as the fake leather, is an artificial material made to substitute the use of leather in clothing and other practices.

Leatherette does not look different from the real leather; however, it does have a plastic feeling.

Leatherette is considered relatively cheap as compared to real leather, which attracts many manufacturers to use it in their automobile production.

It is important to maintain a regular cleaning schedule for your Leatherette to avoid its damage.