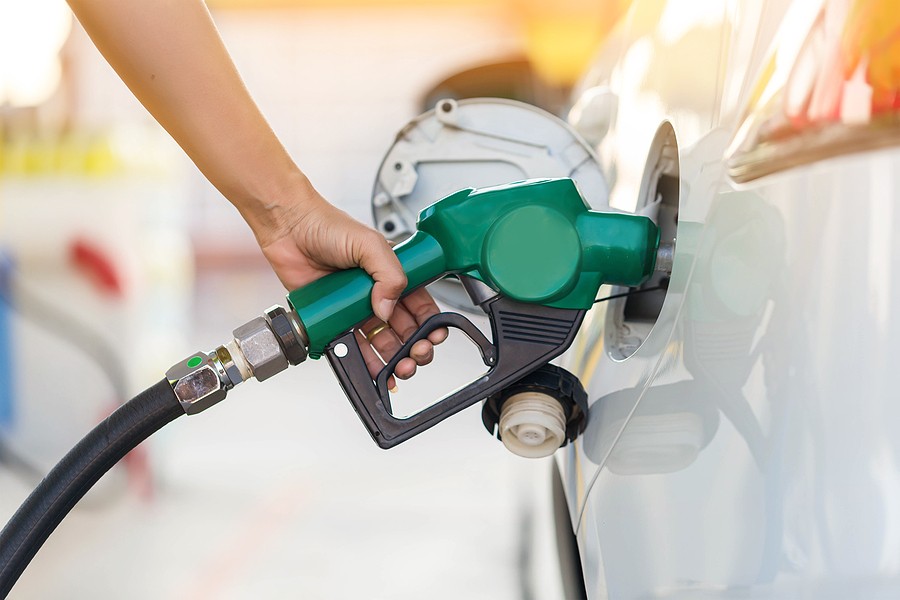 Flex-fuel, or flexible fuel, is an alternative fuel consisting of a mixture of methanol or ethanol and gasoline. It’s a technology allowing an engine to burn any combination of alcohol in gasoline ranging from 15 to 85 percent anhydrous ethanol. Equipment needed is an onboard sensor suite to determine the right mixture percentage in real time and adjust the ignition system accordingly and fuel-system plumbing to tolerate the more corrosive alcohol.

What is a flex-fuel vehicle?

A flexible-fuel vehicle or commonly known as the flex-fuel vehicle is an alternative fuel vehicle that has an internal combustion engine designed to operate on more than one fuel type, usually gasoline mixed with either ethanol or methanol fuel. Both fuels are stored in the same tank. Besides a few engine modifications and fuel system tweaks, flex-fuel vehicles are virtually similar to gasoline-only vehicles.

Modern flex-fuel engines have the capacity to burn any proportion of the resulting blend in the combustion chamber as spark timing and fuel injection are adjusted automatically based on the actual blend determined by a fuel composition sensor.

Flex-fuels are not similar with bi-fuel vehicles, where 2 fuels are stored in different tanks and the engine runs on 1 fuel at a time, for instance, hydrogen, compressed natural gas (CNG), or liquefied petroleum gas (LPG).

The ethanol flexible-fuel vehicle is the most common FFV which is commercially available in the world market. By March 2018, about 60 million motorcycles, automobiles and light duty trucks were made and sold globally, and concentrated in 4 markets, Brazil, the United States, Canada and Europe. Other than flex-fuel vehicles running ethanol, in the US, mainly in California, and in Europe, there have been successful test programs with M85 flex-fuel vehicles, which are methanol flex-fuel vehicles. Another successful tests were conducted using P-series fuels for E85 FFV. These were done on Dodge Caravan and Ford Taurus.

Though there is a current technology allowing ethanol FFVs to run on any mixture of gasoline and ethanol, from pure gasoline up to 100 percent ethanol, North American and European FFV are optimized to run on E85, a mixture of 85 percent anhydrous ethanol fuel with 15 percent gasoline. The upper limit in the ethanol content is set to lessen ethanol emissions at low temperatures and to prevent cold starting problems when weather is cold or at temperatures lower than 11 degree Celsius.

In regions where temperatures fall below zero degrees Celsius during winter, the alcohol content is reduced to a winter mixture of E70 in the US from November until March.

Is flex fuel good or bad?

You probably have heard about flex-fuel vehicles even though you might not fully understand what they are. Today, there are plenty of them that exist. If you are thinking about buying one, it helps to know the pros and cons of flex fuel.

Can you use gas in flex fuel vehicles?

Yes, you can use standard gasoline in flex fuel vehicles. FFV’s engine is designed to run on gasoline and other fuels. In general, it means gas blended with ethanol and methanol. Regardless of what fuel you put into your FFV, it will be stored in the same tank.

Can you switch between gas types?

Yes, you can switch between fuel types. FFVs are designed to use any blend. They can operate on gasoline that contains zero to 85% ethanol (E85). Regular vehicles of model year 2001 and above can run on zero to 15 percent ethanol (E15).

Vehicle models earlier than 2001 can run on 0 to 10 percent ethanol (E10). E85 can be blended with regular gasoline in flex-fuel vehicles. This is due to the fact that E85 is already a mixture of 85 percent ethanol and 15 percent gasoline. It is no problem to mix the two fuels.

Will flex fuel damage my engine?

We already know that we can fill up the tank of an FFV with regular gasoline, but what happens when we put E85 in a regular gas tank.

Back then, engines were less sophisticated and plenty of different fuels could be used. Today, ethanol is inexpensive to make in America as it is derived from corn. It can improve the octane level of regular gasoline. The next time you’re filling up your tank, check the pump and you’re probably going to see a label saying, “Contains up to 10 percent ethanol.” Modern vehicles can use a blend of ethanol and unleaded gasoline.

E85 gasoline which is used in FFV contains 85 percent ethanol which means it only contains 15 percent gasoline. Using it in a regular vehicle can cause reduced performance and can cause the check engine light to turn on but generally you’ll be okay. Once the E85 runs out and leaves the engine, the check engine light should turn itself off if the rest of your engine is functioning properly. You can hasten the process by topping up with regular gas as the tank starts to empty out.

Almost all new 2020 vehicles are explicitly approved by the maker to use E15, gasoline which contains 15 percent ethanol, as stated in a new analysis of vehicle owner’s manuals and warranty statements by the Renewable Fuels Association (RFA). But the yearly review also found that car manufacturers are offering fewer model year 2020 flex fuel vehicles (FFVs) that can operate on E85.

Only General Motors and Ford are offering FFVs in model year 2020, and only 16 models in total are available as FFVs. Six of those models are only available to fleet buyers. This is significantly down from more than 80 different models from eight carmakers that were available to customers as recently as 2015.

RFA President and CEO Geoff Cooper expressed his disappointment and frustration over automakers hitting the brakes on FFVs particularly at a time when more people are actively looking for E85 and other low-carbon flex fuels. He also noted that E85 sales in California have quadrupled since 2013 and doubled in 2017-2019.

The RFA is encouraging consumers to have their voices be heard to both political officials and the car industry itself, such as through an online grassroots petition asking auto manufacturers to offer more models designed to operate on high octane, low carbon ethanol blends like E20, E30 and E85.

The RFA analysis also found that automakers responsible for 95 percent of U.S. light-duty car sales unequivocally approve the use of E15 in their 2020 vehicle models. BMW vehicles will carry the automaker’s approval to use E15 for the first time, and the BMW Group gives approval to the use of up to E25 in its 2020 vehicles, including its Mini line.

Year 2020 GM vehicles are clearly approved to run E15 for the 9th year in a row. Ford has openly endorsed E15 in 8 straight model years. Of the major car manufacturers, only Volvo, Mercedes-Benz, Mazda and Mitsubishi, collectively representing less than five percent of sales in the US (do not include E15 as an approved fuel in their owner’s manuals).

Almost 97% of registered vehicles on the road as of 2019 are legally approved by the US Environmental Protection Agency to use E15, and almost 50 percent of those vehicles carry the endorsement of the manufacturer to use E15.

Some of the New Flex-Fuel Vehicles