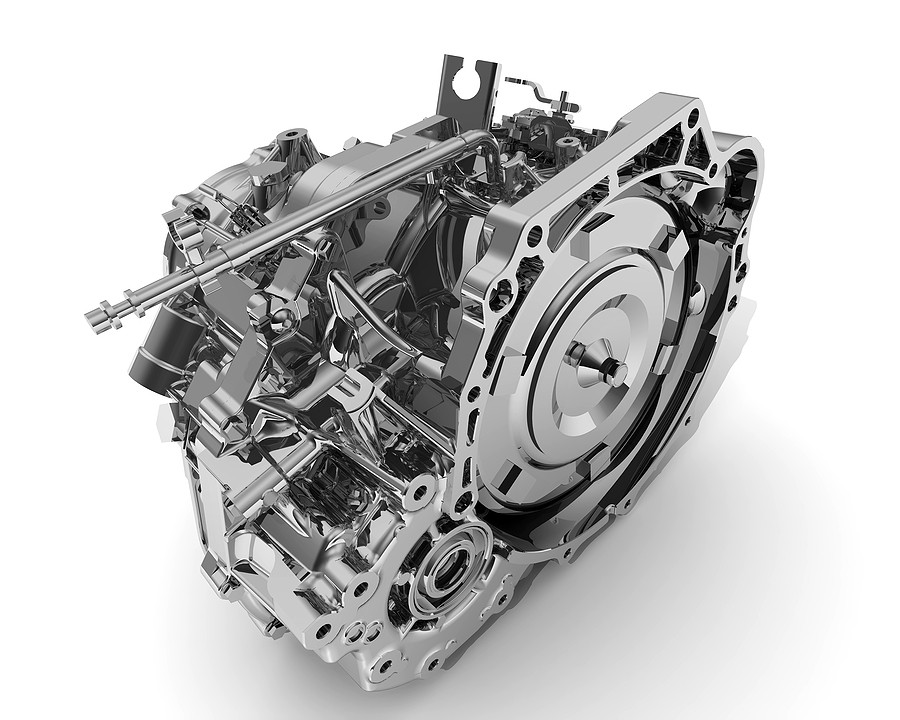 Automatic and manual transmissions are the most common types of transmissions. However, there is also a third type that a lot of people who aren’t mechanically inclined know about. In recent years, the CVT or Continuously Variable Transmission has reemerged on the automotive market. Originally developed in the late eighties, this transmission is becoming increasingly popular because of its ability to decrease fuel consumption more than any other type of transmission system.

How Does A Continuously Variable Transmission (CVT) Work?

First off, it’s important to note that a CVT can be considered a type of automatic transmission since the driver doesn’t need to use a clutch pedal or need to manually shift through the forward gears. Yet what makes a CVT different from any other type of transmission is that it seamlessly changes through unending gear ratios while the vehicle is being operated. Sounds cool huh?

A Continuously Variable Transmission doesn’t have fixed preset gears. Instead, the transmission gear ratios are instantly changing and adjusting to the driving conditions and styles. With CVT drivers don’t experience hard shift points which is why over the years, this transmission is often referred to as shiftless or single-speed.

A traditional Continuously Variable Transmission employs the use of two pulleys that are connected to a chain or a V belt. The pulleys are made up of two cone-shaped halves that both move together and apart. The cross-section of the belt rides higher on one side of the pulley and rides lower on the opposite pulley. One side is connected to the transmission and the other to the engine.

Therefore, the gear ratios are able to seamlessly change by moving one part of the pulley closer together and the other further apart. The diameter of the two pulleys can be adjusted to achieve an infinite number of torque ratios to match the output shaft. This allows for smooth acceleration and fuel efficiency. Simply put, a Continuously Variable Transmission consists of a belt, a driving pulley system, and a torque pulley.

Over the years, CVTs have evolved and auto manufacturers have improved the design of this type of transmission. For instance, Toyota's Corolla S lineup utilizes a CVT with preset modes like; sport’s mode, paddle shifters, and even seven additional artificial gears that help regulate engine rev and other inconvenient gripes with CVTs. Nissan recently released the first hybrid SUV with a Continuously Variable Transmission.

Several of Toyota’s CVT-based vehicles use Launch Gear. The automaker modified the traditional CVT so that it feels like a conventional automatic transmission. The Launch Gear is like setting the car in first gear in an automatic transmission. As the driver accelerates and speeds up the vehicle will automatically change out of this gear and begin working as a regular CVT. According to experts, advancements in the design of the CVT are going to make this type of transmission mainstream.

Leonardo DaVinci wasn’t just known for his artwork but he was an engineer and he created the first Continuously Variable Transmission in 1490. In 1879, Milton Reeves, a pioneer in the automotive industry designed a CVT which was called a variable speed transmission. It was used for sawmilling. He then started using this transmission in his automobiles and other manufacturers started to use the Reeves CVT. However, the CVT design was officially patented by Daimler and Benz in 1886.

The first CVT was used in motorcycles by Zenit. These motorcycles became popular because of their efficiency and were even used in competitions. They were later banned from hill-climbing competitions. Subaru was the first automotive manufacturer to utilize a CVT in their vehicles in the late eighties, which officially introduced this transmission into the mainstream automotive world. Today, nearly every auto manufacturer has at least one vehicle in its lineup with a continuously variable transmission.

Is An Automatic Transmission Better Than A CVT?

A traditional automatic transmission is designed with a set of configurations that are based on typical perceived driving patterns. Some vehicles are equipped with transmission systems that prioritize the engine’s performance while compromising on horsepower and fuel consumption. Unlike a conventional transmission, a CVT is capable of putting all of these functions at the forefront. Yes, continuously variable transmissions can offer great fuel economy and peak engine performance.

You’ll find that driving a car with a CVT has a smoother riding experience than a vehicle with an automatic transmission largely because it never shifts. Drivers of vehicles with CVTs don’t have to deal with abrupt downshifting when the engine requires an extra kick of power and the gear hunting sensation that you can feel sometimes with a traditional automatic transmission is eliminated.

In addition, a CVT is so much lighter than a traditional automatic transmission. Its lightweight design is one of the reasons why vehicles that are equipped with this transmission are great on gas. Since CVTs don't utilize specific gears it's easier for these vehicles to maintain a torque ratio that perfectly accommodates the driving operation. Therefore, it’s easier to take off at red light and drivers are better able to navigate difficult terrain since the transmission is always running in the right gear. When it comes to functionality and convenience, a CVT offers several more benefits than an automatic transmission.

Top Pros and Cons Of A CVT

Continuously variable transmissions are on the rise because they provide a wide range of benefits to the average driver. Some of the top advantages of owning a vehicle with a CVT is:

No mechanical system is perfect. While continuously variable transmissions have a lot to offer, there are drawbacks to driving a car with CVT compared to a conventional automatic transmission:

Buying A Used Car With A CVT

If you are considering purchasing a used car that utilizes a CVT, it’s important to do your due diligence to make such an investment. Because continuously variable transmissions can be very expensive to repair and replace you’ll want to have the vehicle thoroughly inspected and take it for a test drive.

While testing a used CVT car you should watch out for:

Slow Shifting – Although you don’t have to shift from first to second gear in a continuously variable transmission system, you do have to shift between, park reverse, and drive. Shifting should be instant, so if it takes longer than a second to shift gears there is likely a problem with the CVT. Jerky shifting where you experience jolts is also an indication of a faulty CVT that’s on its last leg.

Slippage – When accelerating the gear ratio changes should be seamless. If the CVT slips or temporarily loses power the CVT is in bad condition. Fluctuations in RPM while driving can also be a sign of a major problem.

Soiled Transmission Fluid – Dirty transmission fluid indicates poor maintenance. The transmission fluid on a vehicle with a CVT needs to be changed more frequently or lead to the CVT wearing out faster. If the owner isn’t keeping up with the fluid changes chances are the CVT isn’t in the best condition.

Bottom Line: Are CVT Transmissions Worth It?

A CVT can provide an enhanced driving experience. It boosts fuel efficiency, and effortlessly navigates steep inclines which are ideal for driving in mountainous regions. Keep in mind these more efficient transmission systems are accompanied by a hefty price tag and a higher maintenance routine. Since it’s designed with fewer components than traditional CVTS is more adaptable allowing for seamless accelerations in changing driving conditions. Whether you purchase a vehicle with a CVT used or new, it’s important to make sure that the vehicle is covered by a dealer or factory warranty.

Q: What does CVT mean in a car?

CVT stands for Continuously Variable Transmission. A car with this type of transmission doesn’t make use of traditional gears like a conventional basic transmission. Instead, the vehicle shifts into gears as the car is in operation.

Q: Is a CVT better than an automatic transmission?

A CVT does provide a better riding experience than a traditional automatic transmission. For one, CVTs are more fuel-efficient than regular automatic. The lack of downshifting and upshifting allows the driver to focus on riding and enjoying the vehicle.

Q: How much does it cost to fix a CVT transmission?

Q: What are the most common problems with a CVT?

When it comes to continuously variable transmissions, owners reported experiencing problems like overheating, slippage, and even sudden loss of acceleration. Another common problem is shuddering. The CVT pulley belt can sometimes wear out faster than normal which can cause the transmission to completely fail.