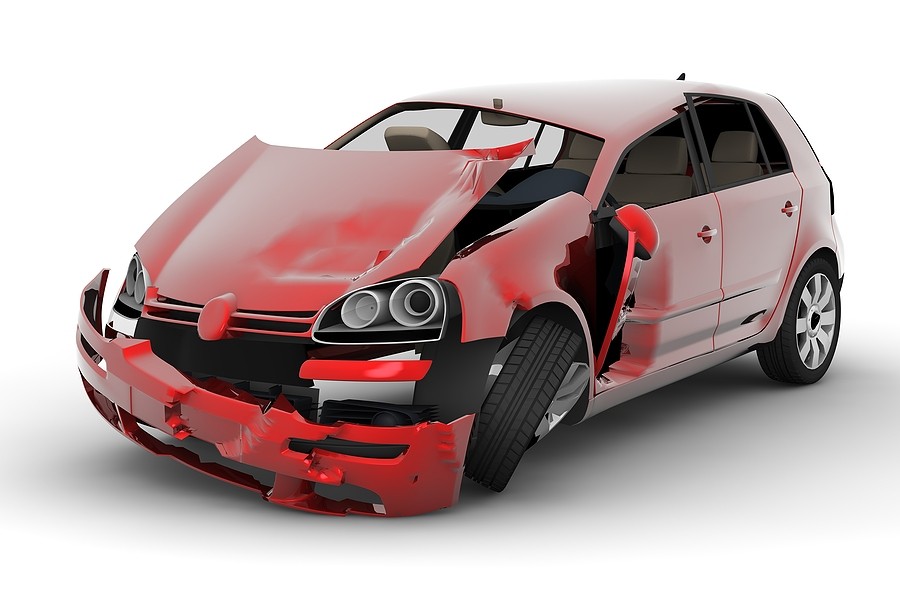 It is said that an average driver gets involved in an accident or a car crash roughly once in every 18 years. It could mean most drivers can experience multiple accidents in their lifetime. Some of the common auto accidents are side-impact collisions, rear-end accidents, multi-vehicle collisions, head-on crashes, and crashes while merging. All of these auto accidents are also the causes of most car frame damage on cars. It is more common than we thought. But what is considered frame damage on a car? A car frame damage is when the structural integrity of your vehicle has been compromised due to either by accident or by third-party alterations. It is when your vehicle is hit and damaged with enough energy at its critical points and will be unsafe to drive.

A car frame damage is more than just a dent or a scratch, it is something more serious and could lead to a lot of issues. So what is considered frame damage on a car? Read on and we will tell you everything that you need to know!

What is Considered Frame Damage on a Car? – What are car frames?

People are asking what is considered frame damage on a car and in order to understand it, we must know what a car frame is.

A car frame is the main structure that supports the vehicle and ensures safe drivability, and provides a strong structure to ensure that the driver and the passengers of the vehicle are safe in the event of a sudden impact. That is why the car frame is also considered as one of the most important safety features of a car. It is the foundation on which the whole vehicle is built.

There are two common types of car frames; the ladder frame and the unibody frame.

A ladder frame or the body-on frame is usually found on older cars and modern trucks. It has a design where the body of the car and the frame are separated and are piled up on one another. It basically consists of a separate body and frame that are connected by mounts. The first layer has two symmetrical rails that stretch on the car’s length that connect through crossing metal components, the second layer has the power and the drivetrain, and the third layer is the body of the car. This layout ensures that in an event of an accident, the car’s body might be damaged, the care frame will most likely receive less damage.

This type of car frame is usually found on modern trucks and SUVs. It is used on these kinds of vehicles because it is best for hauling or towing and twisting on uneven roads and terrains. The reason for it is because the ladder frame is built with heavier and sturdier materials that can provide more strength and higher resistance. But a ladder frame also has some drawbacks such as an increased fuel consumption, it is less safe in a crash, and it is expensive.

The ladder frame advantages include a better off-road capability, impressive towing capacity, lower accident cost, and can provide more isolation from the road or a more quiet ride.

Most modern vehicles have a unibody frame because of its advantages in production. It is usually made with aluminum or carbon fiber that increases the vehicle’s efficiency and performance. The unibody frame used on modern cars is known to work best for most driving applications. It can provide superior fuel economy and great driving attributes. Unibody frames can also absorb crash impacts better than the ladder frame. Its drawbacks include an expensive frame damage repair cost and has less off-road and towing capabilities.

The unibody car frame consists of several parts or sections that work together. These parts have the core support or the radiator support and it can be found on your car’s front end and the unirail which are two symmetrical metal beams found at the car’s front and back. These rails are considered as one of the strongest parts of the car frame and are the foundation for other parts that are welded onto them. Other unibody frame parts include strut tower, apron, firewall, floor plan, A,B, and C pillars, rocker panel, quarter panel, and rear support.

What is Considered Frame Damage on a Car? – How do you know if your car frame is damaged?

Now, most modern cars have unibody car frames. Modern car frames are now built and designed differently by focusing less on the sturdiness and focusing more on safety and saving the drivers and the passengers lives. It is for this reason that the crumple zones have been developed and built.

Crumple zones are designed to absorb the energy from impacts. This technology makes it possible to increase the car’s passengers safety but it also lessens the strength of the car’s frame. This means that the modern vehicles installed with crumple zones will most likely have a frame damage compared to the older vehicles even on accidents or collisions at low speed.

So how do you know if your car frame is damaged? What is considered frame damage on a car? Car frame damage generally refers to when the structural integrity or the frame’s structural component has been compromised. However, it does not always indicate a significant amount of damage. It might just be a dent or even a scratch in an important area that makes it not safe to drive. Here are some of the ways or signs that can help determine if you have a car frame damage.

If you recently have been involved in a car accident or a collision, check and inspect your vehicle for bents or damages. You can walk around your car to look for any signs of cracks, rust, or creases in the frame or exterior. These signs are usually an indication that there’s something wrong with your car frame.

You can also check under your vehicle and look for any signs of damage on the bottom of the frame such as missing or bent parts. If you find any signs of damage, you need to have your car frame repaired immediately since it can lead to other serious vehicle problems.

After a car accident, you might notice that your car is pulling in one direction while you’re driving. Having your car realigned can usually correct this issue but if it is still difficult to drive in a straight line after an alignment, have your vehicle checked for frame damage signs that can be causing the problem.

A car frame that has been bent can cause squeaking, creaking, and other strange noises that can be heard coming from the front, sides, and rear of your vehicle. These unusual noises coming from your vehicle can be an indication that your car frame has a damage that is possibly larger and less visible. It is important that you take immediate action and have it repaired to make sure that the problem does not worsen. Although unusual sounds might seem harmless, ignoring them and failing to have them checked could result in a more expensive fix later on.

Car frames that are bent can lead to an uneven wear on your shocks and suspension. This can happen when the damage shifts more weight to one side of your vehicle. If you look closely, you will notice that on the sides that are carrying an extra weight have faster wear and tear than usual because of the lack of balance. You might also notice that your wheels feel less balanced and are having difficulty connecting with the road. The damaged components are causing this and it can cause another accident. That is why it is advised that you have your car frame checked immediately after a collision.

When you have problems with your alignment and suspension, it can cause uneven wear on your tires. If this happens, your tires might find it hard to keep a safe grip on the road especially during rainy or cold weather. If you just had your regular tire rotations but are still having problems with uneven tire wears, a damaged car frame might be the one causing the problem. To correct this problem, have your car frame repaired and rotate your tires as well.

If your car is veering on a diagonal instead of driving straight, it means that you have a poor wheel tracking. It can be an indication that you have an invisible frame damage. It will be difficult to drive in a straight line and it is important to fix the problem before you attempt to drive on highways and other busy roads.

If your car frame is bent or damaged, car parts like doors and windows or even bolts and mounts might fall out of place. These parts might have too much or too little space to move that can lead additional problems to occur. After an accident, it is best that you also have these areas inspected to avoid other potential problems.

If you have been involved in a car accident and you have no idea what is considered frame damage on a car, knowing the common types of car frame damage might help you.

Knowing what is considered frame damage on a car can help you decide what to do next after an accident. May it be for insurance or maybe to know what repairs it will need. Whatever the reason may be, always make it a priority to have your frame-damaged vehicle repaired before driving it again.