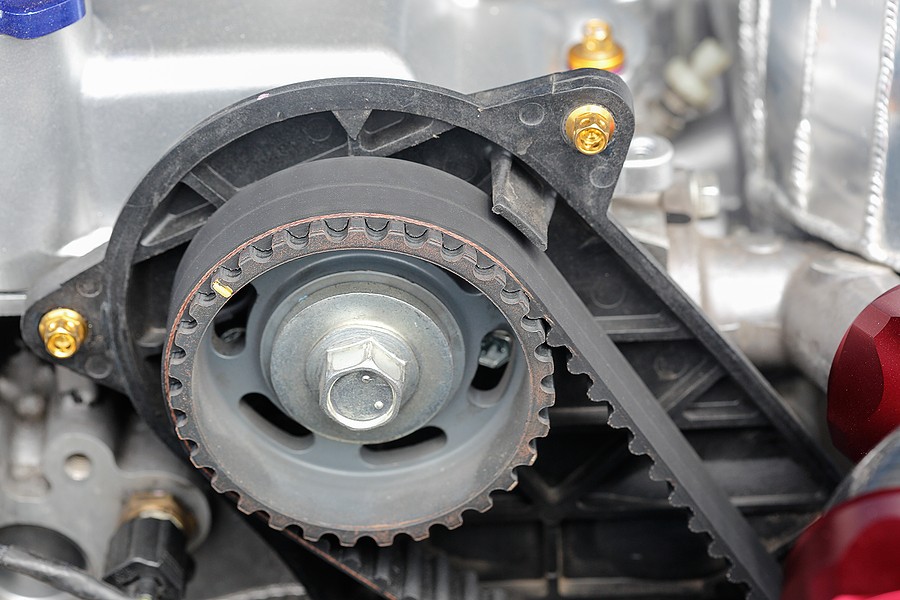 This guide aims to help the everyday driver understand what a camshaft on a car is. For mechanics, this guide may seem oversimplified, but for the driver who knows little to nothing about cars, it will be very informative.

It isn’t everyday that people search the Internet, or their local library, for information on how a camshaft in a car works, how much it costs to repair or replace, or why it breaks. Usually, those inspired to undertake such studies are motivated by one or two factors: education and necessity.

Education would refer to somebody learning about cars or who perhaps came across this word while watching television or reading a book. Maybe an aspiring mechanic is setting out to expand their automobile-related vocabulary. Wouldn’t that be inspiring?

The second reason people take to the web to learn to about the car’s camshaft is necessity; they just got word from their mechanic that the camshaft in their car has a problem. Maybe they’ve never even heard of a camshaft before that very conversation!

Today’s modern car owner doesn’t often concern himself with the ins and outs of car repair so it isn’t likely they know too much about what a car’s camshaft is.

Instead, the car gets dropped off at a mechanic, the bill is paid, and life goes on. However, some people still do the research before signing on that dotted line.

Whether you’re a student, an enthusiast, or a person sitting in a car mechanic’s waiting room, this guide should help you give to better understand the car’s camshaft.

What is a Camshaft on a Car?

Let’s start with the basics: What is a camshaft in a car? Inquiring minds want to know.

Camshafts are actually a marvel in many ways. They are metallic devices that takes a rotating motion and turn it into a reciprocal one. They were invented about eight hundred years ago! Today, they are found in many car engines.

In cars, you will find camshafts constructed of steel or cast iron. In piston engines in particular, the camshaft manipulates intake valves and exhaust valves. As the mechanism spins, it opens and closes the valves. At the highest point, the valve finds itself open. At the lowest, it is closed.

The materials used to make a camshaft vary. Billet steel, for example, offers high-quality but takes longer to create. Cast iron, on the other hand, doesn’t wear down too quickly thanks to high resistance.

In other words, a camshaft is a rotating mechanism that opens and closes valves in the engine. If those valves are not opening and closing at the correct intervals, the car engine could have a lot of problems!

What Does a Camshaft in a Car Do?

Camshafts vary engine to engine; if you’re asking what is a camshaft in a car, you’re bound to gain some understanding by reading up on what a car’s camshaft does exactly.

In general terms, the camshaft opens and closes valves within the engine. These valves relate to engine ignition and exhaust.

How Much Does It Cost to Replace a Camshaft?

When scouring the Internet for information on what a camshaft in a car is, you may stumble upon various people asking how much the replacement for such a part is as well. In short, it’s a $700-$1300, for an overhead cam, in a domestic vehicle.

Cars have one or two camshafts. It’s found above or on the side of a car engine.

If you have a ticking or an earsplitting rubbing sound coming from the engine, you may have camshaft problems. Usually, these parts don’t go back unless they are defective or have been damaged by missing lubrication.

Camshaft replacement costs vary based on the type of auto repair shop you visit. Some mechanics are willing to cut deals; others are willing to make a huge profit on markup. Some will help you find affordable, used parts… others only offer premium parts.

Different cars have different types of parts, and this has a major impact on the final bill. Some cars might use a camshaft that cost a couple hundred dollars. Others could be as high as $700 for the part alone.

If you are driving a specialty vehicle, like a racecar, custom camshafts are on the menu. They will also cost hundreds of dollars at minimum.

Labor adds to the bill, often in excess of $1500. In New York City, for example, the price could be even higher. The whole repair can take six to thirteen hours, give or take, to complete!

Be sure to ask about a warrantee on the part and the installation!

If you need a new sensor for the camshaft, that will run you another $100 bucks (or more).

The best way to save money on a camshaft is to see if it is covered under your current warrantee.

If you don’t have a warrantee, get a few estimates from different local garages. You can go to the shop with the best reviews, the best prices, or the best customer service. If you’re really lucky, you’ll find all three in the same mechanic.

At the end of the day, this repair is costly!

If you think your car isn’t worth the repair, you can keep driving it for a while in some cases. However, you are slowly killing the engine with every mile you on until the repair is made.

Another fine option is to junk the car. Sometimes these engine problems are not worth the investment in terms of time and money. If you are driving a car that would only sell for a thousand bucks, why would you spend another grand to fix the engine?

If you’re something of a handyperson under the hood, you might call the junkyard to see if they have the camshaft part from a car that has been junked. Perhaps you can save a few bucks by using an old part from the junkyard.

If it seems like your car is always in the shop, maybe it is time to send it to the junkyard. Many junkyards offer towing services to get the car out of your driveway and into their lot. The best part? They pay cash money for the old car before hauling it away.

Can you Drive a Car with a Broken Camshaft?

Technically, yes, a car can be driven even if it has camshaft problems; it all comes down to what a camshaft is in a car.

The camshaft works with timing belts and gears to ensure the engine fires at the appropriate pace and in the right spot.

A camshaft is kind of like a conductor for an orchestra, except the instruments being played are intake and exhaust valves; the music is the strong purr of the engine under the hood.

When the conductor can’t do its job right, the music unravels as it slides off beat. The percussion speeds up, and the notes fall flat.

In the car world, the camshaft that doesn’t work correctly causes a lot of problems in a similar way.

One common system is that the fuel won’t go as far as it used to. Maybe your weekly drive to and from work had you buying gas every Friday after work. All of the sudden, you realize the tank is on empty on Thursday, then Wednesday.

Where is the gas going? You could be seeing lower MPG to camshaft problems. The failed camshaft sensor might be using up too much fuel. It means the engine isn’t efficient.

If the transmission falters, you could actually have a camshaft problem. This occurs when the car seems stuck in one single gear. The only way to unlock the transmission is to turn the car on and off. You could be doing a lot more damage in the process.

The camshaft could cause the vehicle to turn off the ability to use the transmission altogether. Be careful out there.

Another common sign that the camshaft is acting up is the that car doesn’t accelerate well. If it seems like the car vibrates, shakes, or jerks when you push the pedal to the metal, you could have a big problem with camshaft. It could be the sensor causing the issue as the fuel delivery tanks.

In some cases, the engine stalls because of camshaft problems. If your engine turns off while you’re driving, you have a major problem that requires immediate repair.

Remember that the system is controlled by sensors and computers. Modern cars are regulated by microchips; people forget that.

If the sensors are damaged, the car may not even turn on. The diagnostic codes will point to electrical/computer problems.

Then again, don’t drive around town for weeks on end with the check engine light on. It’s dangerous and bad for the car. The problem could be more serious than you think!

Long story short: you can drive a car with a broken camshaft sometimes, but you should not.

What Causes a Camshaft to Fail?

What is a camshaft in a car, and why does it fail? The camshaft fails for various reasons including the following: problems with lubricant, incorrect valve pressure, and a broken or defective part.

In short, most camshafts do not break. It is not a very common repair, but it does happen from time to time.

Some of the most common reasons the camshaft fails is because the part was not properly lubricated or it was damaged before installation.

There are many technical ways a camshaft can fail as it is a part with many moving bits and pieces. Arms and lobes wear down, fall off, or crack.

In general, it is more common for the sensors to fail – another repair that can be resolved by a reliable and certified mechanic.

If the camshaft in your car has failed, you can consider replacing it. The repairs take at least two days. If that sounds like a route you don’t want to pursue, then perhaps you can send your car to the junkyard.

With the money you earn from selling your car to the junkyard, you could buy a newer car that doesn’t have a camshaft problem or a public transit pass.

A Camshaft and What it Does in a Car is a Big Deal!

Many non-mechanics have never even heard of the camshaft. If you look up images of the part on the Internet, it looks intimidating. It looks like a giant metal spirit stick. For those who haven’t a clue, it can be hard to imagine where and how it fits into the engine as a whole.

Nevertheless, the camshaft is an important piece as it opens and closes valves within the engine. Without it, the car wouldn’t work the same- or at all!

The bad news is that the signs of camshaft damage can be mild or severe. For example, the check engine light and decreased fuel economy doesn’t bother some people.

On the other hand, the car stalling in your driveway or locking into a single gear while driving on the expressway? Those are not good situations in which to find yourself!

If you are dealing with camshaft problems, take care of them quickly – if a repair isn’t what you want, seriously consider calling the junkyard. It might be the better option!

To learn more about your car’s camshaft, and what it does, get in touch with your local mechanic.