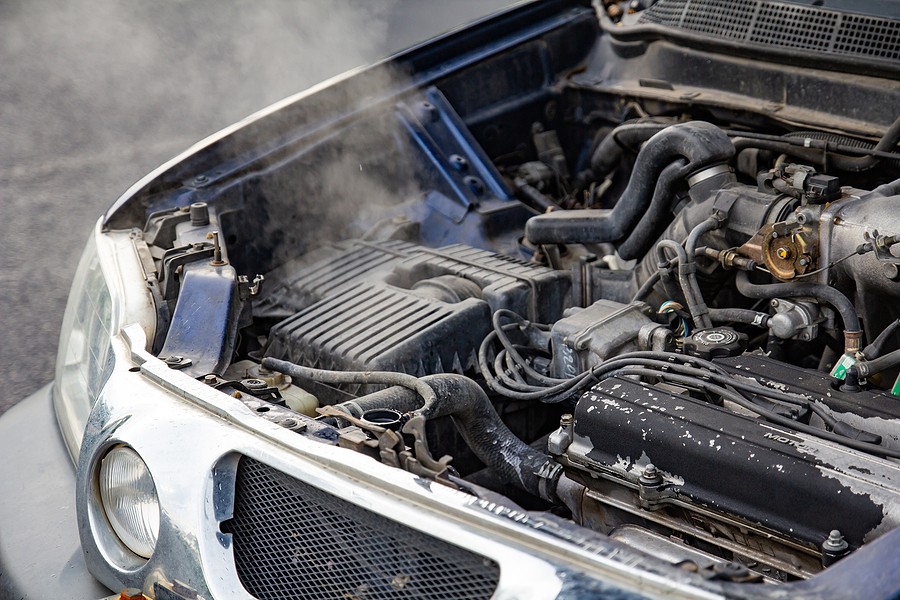 Do you drive a Ford? If you do, there is a chance that it might have a VCT solenoid inside of it. Even though it’s just a small component of Ford’s Variable Camshaft Timing (VCT) technology, it plays a big role in the overall well-being of many Ford vehicles and will need to be replaced if it’s not working properly. It’s why you should familiarize yourself with the VCT solenoid and know how to spot signs of trouble with it.

If you’re not currently up on what a VCT solenoid is or confused as to what could potentially cause issues with it and force you to replace it, you should take some time to learn about it today. It could prevent you from finding yourself in a bad situation later if a VCT solenoid happens to go bad without you noticing. Find out everything you need to know about VCT solenoids below.

What Is Variable Camshaft Timing (VCT)?

Before we get too far into discussing VCT solenoids and what they do, it’s essential for you to have a solid understanding of Ford’s game-changing Variable Camshaft Timing (VCT) technology. It’s a variable valve timing technology that was developed specifically for Ford vehicles at around the turn of the century. It’s not found in every Ford vehicle, but many of the most popular Ford models have come with VCT installed in them.

So, what exactly does VCT do? Well, for starters, it was designed to provide Ford owners with optimum engine performance each and every time they fire up their engines. It was also designed to reduce the emissions produced by Ford vehicles while improving fuel efficiency, especially when compared to other vehicles that rely on fixed camshafts. It’s able to do these things through the use of a complex process that utilizes camshaft phasers, electronically controlled hydraulic valves, VCT solenoids, and a powertrain control module to better control the timing of the camshaft.

What Is a VCT Solenoid?

To see why, you need to know what role VCT solenoids play in VCT technology. These solenoids are strategically positioned on the cylinder heads that are located towards the front of an engine in a Ford vehicle, right next to the camshaft phasers. They work by accepting a signal from the powertrain control module and helping to regulate the flow of oil moving in the direction of the cavity in the camshaft phaser. This flow would be disrupted without fully-functioning VCT solenoids in place.

It’s important for you to know that your car doesn’t necessarily have VCT technology in it simply because it’s a Ford. There have only been a few select Ford models over the years that have contained VCT technology and, by extension, VCT solenoids. You won’t have to be concerned about VCT solenoids if your Ford car wasn’t one of them.

There are also a bunch of more recent Ford vehicles that have used Ford’s Twin Independent Variable Camshaft Timing (Ti-VCT). While the original VCT was only able to control a single camshaft, the Ti-VCT technology is able to control the timing associated with the intake and exhaust camshafts separately. Some of the cars that have this type of technology in them include Ford Mustangs released from 2011 through 2015 as well as the 2011 Ford Edge, the 2011 Ford Fiesta, and the F-150s released from 2011 through 2016.

How Do I Know If My VCT Solenoid Is Bad?

Now that you have a slightly better idea as far as what a VCT solenoid is and how it works within a VCT system, let’s talk about the real reason why you came here in the first place. You’re likely concerned that your VCT solenoid has gone bad on you. Just like most other parts in your car and, more specifically, your engine, your VCT solenoid can go bad, and when it does, it’ll need to be replaced.

If you have very dirty oil in your vehicle, it could also be an indication that your VCT solenoid is on the verge of conking out on you. Dirty oil can do a lot of damage to a VCT solenoid and other components in a VCT system. If your engine idles rough, that could be a sign that your VCT solenoid is on its way out, too. You don’t want to spend too much time driving around in a vehicle with a rough idle since the problem could continue to get worse over time.

Outside of these issues, a noticeable decrease in fuel economy could also be a direct result of a bad VCT solenoid. Like we talked about earlier, your VCT system is set up to make your car more fuel efficient than it would be otherwise. If you see that it’s burning through fuel too fast, it could be because of your VCT solenoid. You can turn this around by having your old VCT solenoid replaced with a new one.

Can You Drive With a Bad VCT Solenoid?

There are certain instances in which you’ll be able to continue driving around in a car despite an issue that you’re having with one of the parts in it. After reading about what it does, you might think that a VCT solenoid would fall into that category. But the truth is that you shouldn’t ever drive around with a bad VCT solenoid in your vehicle. It could prove to be catastrophic in some cases if you’re not careful.

At the first sign of trouble with a VCT solenoid, you should drive right down to your certified mechanic and have them take a closer look at it. They can tell you if your VCT solenoid is the part that’s giving your cars problems and replace it, if necessary. You might be able to get away with replacing your VCT solenoid on your own if you’re handy when it comes to cars. But more often than not, it’s best to leave this particular auto repair job to a professional who knows exactly what they’re doing.

How Much Does VCT Solenoid Replacement Cost?

If a mechanic tells you that your VCT solenoid is shot and that you need a new one put into place inside your vehicle, you might be worried about what it’s going to cost. And understandably so! Anytime you start replacing parts that are located in and around your engine, it’s going to be a cause for concern. The belief is that these parts are going to cost a small fortune to fix or replace.

Fortunately, that’s not usually the case with a VCT solenoid. Although it’s not the most routine auto repair job, you should only have to pay somewhere between $375 and $470 to have a new VCT solenoid installed in your car. A VCT solenoid itself often costs around $200 with the labor costing somewhere in the vicinity of $175 to $225.

This price can, of course, change depending on a variety of factors. Everything from the make and model of your car to the mechanic that you take your car to can impact the final price that you’ll pay for VCT solenoid replacement cost. It’s a good idea to shop around to see which mechanic in your area can help you out for the lowest price possible.

Can a VCT Solenoid Be Cleaned?

Many times, a mechanic will suggest replacing a VCT solenoid altogether if there is the slightest problem with it. But one thing we would like to point out is that there is a chance that your VCT solenoid can be cleaned rather than replaced if it’s not in too bad of shape. Cleaning a VCT solenoid can get it working like normal again as long as it hasn’t broken down on you.

A VCT solenoid has a housing that is equipped with a micro-screen filter that’s designed to keep it as clean as possible for the most part. But over time, oil, sludge, and other debris can build up around it and cause complications in the way that it works. You can try removing it and soaking it in a solvent to get it clean if you want. That might just do the trick and bring your VCT solenoid back to life.

But unfortunately, cleaning a VCT solenoid won’t always get it working like normal again. If it appears as though it has seen better days, it’ll usually be best to throw it out and replace it with a new VCT solenoid that will keep your Ford up and running the way it’s supposed to.

Is It Worth Replacing a VCT Solenoid?

If you discover that replacing a VCT solenoid in your vehicle is really your only option, you might wonder if it’s worth it. This is a question that all car owners should ask themselves prior to forking over a large amount of cash to make any repairs to their vehicle. You don’t want to spend a ton of money repairing a car that might be on its last legs and not worth much money.

At the end of the day, only you can decide if replacing a VCT solenoid is worth the cost of it. If your car is in decent shape otherwise and hasn’t had many problems over time, spending a little bit of money to fix your VCT solenoid is probably a wise decision. But if you have an older car that’s not worth much money to begin with, paying $400 or more to replace a VCT solenoid might not be the smartest decision you’ve ever made.

Can You Sell a Vehicle With a Bad VCT Solenoid?

Junk cars buyers, like Cash Cars Buyer, will pay you top dollar for your car, even if it has a bad VCT solenoid. We routinely pay people up to $500, if not more, for cars that are in all kinds of different conditions. We won’t allow a bad VCT solenoid to stop us from making you a fair offer for your Ford. Contact us now to see how simple it is to sell a car that you don’t want anymore to us.