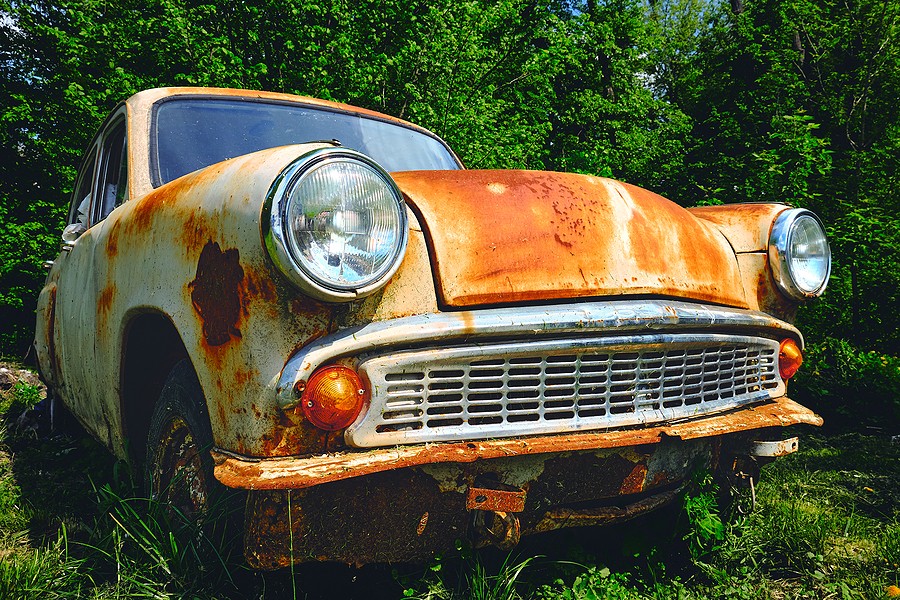 Many people get confused about the definition of a junk car and whether their vehicles are considered junk or not. Others are interested to know whether they can junk their cars if they're not considered junk.

In this article, we will clarify these confusions and a lot more in the following sections.

What is a junk car?

To understand whether your car is considered junk or not, it's important to familiarize yourself with a junk car's meaning.

A junk car is not trash. In other words, a junk vehicle doesn't mean a completely damaged car in old scenarios. A junk vehicle means a vehicle that is not operating on any public road. Public roads include any highway, Rd, or public St.

So, if you can't drive your car on a public Rd for any reason, your vehicle is considered junk.

In most cases, junk cars do not have many values and usually are sold as scrap metal or parts replacements.

When should I call my vehicle junk according to the law?

There are some legal definitions for what is considered junk and what is not. These laws and definitions vary by location.

For example, Montana requires three important items to consider your car as junk. These items include ruined or damaged vehicles, vehicles without a valid license, and vehicles that you cannot operate.

To consider your car as junk in Montana, it must meet the listed three items.

Other states have different definitions, and they might include the age as part of the items to define your junk car. For example, Richland considers any vehicle after three years older is considered junk when meeting certain criteria.

Thus, even if you are not ready to get rid of this vehicle, you must do so to not pay fines for it.

Does my vehicle have to be junk so I can junk it?

The short answer is no.

Don't car buyers are interested in any car, whether it works or not. Whether it's a junk vehicle or not, they will accept it.

If you are unsure whether a specific junk car buyer will accept your car, your best and easiest solution is to get in touch with them and provide them with your vehicle information. In most cases, they will never say no, assuming that you have the required paperwork needed.

What other vehicles that are not junk could I junk?

Great question! There is a list of vehicles you could sell as junk, even if they are not legally defined as junk vehicles.

For example, here is a list of most common vehicles that we purchase around the United States and consider as close to junk vehicles:

A totaled vehicle is not a junk vehicle. Your vehicle is considered totaled if it's going to cost you unrepaired more than 70% of its value.

For example, if your vehicle is worth $10,000 and it got some damage is requiring about $75,000, it's not worth spending a penny repairing this vehicle. In that case, this vehicle is considered totaled.

The biggest difference between totaled and junk vehicles is that totaled cars require many repair costs while junk vehicles are not operable. In other words, you might be able to drive your vehicle that is considered totaled but, you're not allowed legally to drive a junk car in any public driveway.

As the name suggests, flooded vehicles or any car that got damaged by water. This water submerged your car for any reason and got to its core components, including the transmission, the engine, and other important components.

In that case, a flooded vehicle is considered a total loss. There is a big difference between flooded cars and totaled or junk cars.

In most scenarios, all flooded vehicles are sold as junk because they will require significant repairs assuming they are repairable.

If you're not familiar with a lemon vehicle, you need to know here.

There are common situations where manufacturers call some of their most recent vehicles due to safety issues. If your vehicle was recalled for any safety reason or major issue, your vehicle is considered a lemon.

Since these vehicles have many problems and could cause significant safety issues, they'd better be sold as junk.

The biggest issue about beater cars is that they might cause them wrote issues because of their unknown performance and safety issues.

Thus, if you own a beater vehicle, it might be worth selling it as junk to get the cash payment and use it as a down payment for a new better vehicle

It's important to and familiarizes yourself with the meaning of a junk car. In some states, owning a junk car might cause you to pay some fines.

By understanding what a junk car is, you will have a full grasping of which vehicles you can consider junk.