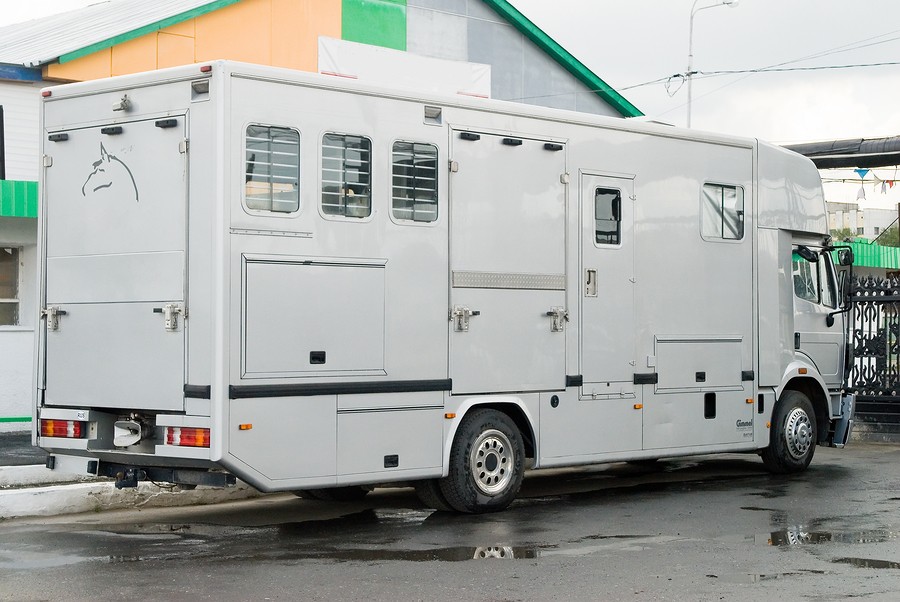 Do you own a construction company that’s in the market for a heavy-duty truck right now? Or do you need a truck that can tow more weight than the average pickup truck for any other reason right now? If so, you might want to check out what’s called a dually truck. What is a dually truck? Well, it’s a truck that’s designed to stand up to almost anything that you—or your business—throw at it.

There’s a good chance that you’ve seen dually trucks out on the road over the years, even if you didn’t necessarily realize it. You should look into investing in one for yourself or for your business if you’re the type of person who needs a truck that can do a lot of heavy lifting without breaking a proverbial sweat. Let’s take a closer look at what dually trucks are, what they’re used for, and who can benefit from them below.

What Is a Dually Truck?

What Are Dually Trucks Used For?

At first glance, you might think that the dual rear wheels on dually trucks are just there for show. And in some cases, they are just there for show, as not everyone who owns a dually truck uses it to its full potential. But dually trucks have two wheels on each side in the back because they’re designed to tow around more weight than a regular pickup truck. Dually trucks are often referred to as “one ton” pickup trucks because they’re able to haul around well over 2,000 pounds either in their beds or in trailers attached to the back of them.

What Are the Advantages of a Dually Truck?

How so? Well, since they have four wheels stretched out across the back of them, they’re more stable than other pickup trucks when hauling loads around. This means that you won’t have to be too concerned about a dually truck accidentally tipping over when you take a turn with a big load in the back of it. You’ll have more confidence carrying things around in a dually truck as a result of this.

Outside of serving as a safer option for those who routinely haul heavy loads around, dually trucks will also improve the overall appearance of construction companies and businesses in other industries. Your company will look like it knows what it’s doing when you show up on a worksite in a dually truck. Just like you’ll have more confidence in your truck and its ability to haul loads around, people will have more confidence in your company when they see you pull up to perform a job in a dually truck.

Who Can Benefit From a Dually Truck?

You might be able to benefit from investing in a dually truck if you routinely:

Under normal circumstances, it wouldn’t be easy for you to haul these things. A typical pickup truck might be able to get the job done, but you would be holding your breath the entire time and hoping that something doesn’t go wrong. You won’t have to do this at all when you have access to a dually truck. A dually truck will make it simple to haul all of the things we just talked about and so much more when you purchase one.

Do I Really Need a Dually Truck?

If you work in an industry that calls for you to carry around just about anything, you might think that buying a dually truck is an absolute necessity. But this isn’t always the case. If you’re a general contractor who deals mostly with building small homes or other structures that are on the smaller side, you probably don’t need to buy a dually truck to do your job. You can get away with using a regular pickup truck with a little bit of extra power, if anything.

But there are some people who opt for a regular pickup truck when a dually truck would be a better option for them. You should avoid being one of these people by asking yourself a few key questions when you’re considering a dually truck. In addition to asking the question, “What is a dually truck?”, and answering it, you should also ask:

If you answer “yes” to any (or maybe all!) of these questions, buying a dually truck could be in your best interests. It could change the way that you haul loads around and keep you and others safe at all times while you’re getting equipment, materials, etc. to their final destinations.

What Is the Best Dually Truck?

Do you think that you might be able to benefit from adding a dually truck to your driveway? One of the first things you’re going to find when you start shopping around for dually trucks is that there aren’t anywhere near as many dually truck options as there are regular pickup options. You can choose from dozens of different pickups when you’re in the market for one. But there are only four basic types of dually trucks on the market today as well as advanced versions of each of them.

These are going to be the dually trucks that are available to you when you go to buy one:

It’ll be up to you to find out which of these dually trucks has the features that you need when you go to buy one. Since there are only a few dually trucks available, it would be a great idea to research each one and, if possible, to take each one for a test drive before settling on the one that you like most.

How Much Does a Dually Truck Cost?

As you would probably guess, you’re not going to be able to get a dually truck for the same price as a regular pickup truck. Dually trucks cost more than other pickup trucks do—and for good reason. Since they pack a lot more power and work to keep people safer than they would be otherwise, they come at a slightly higher cost than most other pickup trucks.

But you’ll be happy to hear that they’re not that much more expensive than other pickup trucks. You can get, say, a Ram 3500HD for just over $33,000 or a Chevy Silverado 3500HD for just over $36,000. That makes them just a few thousand dollars more than the base model Ram 1500 or the base model Silverado 1500. That doesn’t mean you should buy a dually truck just to buy one if you don’t have a use for it. But it does mean you should splurge and pay a little extra for one if you even think that having a dually truck could benefit you in the future.

Are There Any Downsides to Buying a Dually Truck?

Generally speaking, you’re not going to find too much to complain about when you own a dually truck. You’re going to absolutely love how powerful it is and how easy it makes it to haul around heavy loads. But there are a few downsides that you might want to keep on your radar prior to purchasing one.

Outside of those things, though, you won’t find much else wrong with dually trucks. They’ll usually drive a lot like regular pickup trucks when they aren’t hauling around a bunch of weight, and many even include all the same luxurious features that you’ll find in most of today’s pickup trucks.

What Should I Do to Maintain a Dually Truck?

Maintaining a dually truck is, for the most part, the same as maintaining a regular pickup truck. You’ll need to have oil changes done on it and tune it up pretty routinely, assuming you’re using it every day to haul loads around. But the most important thing you’ll need to do when maintaining a dually truck is make sure there is always enough air in the tires and prepare to replace two extra tires every time you need to have new tires put on your truck. This is another added expense that accompanies dually trucks.

Should I Invest In a Dually Truck Today?

Dually trucks are a godsend for those in the construction industry and many other industries. They make what would normally be impossible jobs so much simpler and work to protect those who are in charge of carrying them out. They’re also great for those companies that want to make sure they’re projecting the right image to their customers when they show up on worksites ready to tackle a tough task.

Want to see how easy it is to sell an old truck to us to make room for a dually truck? Our convenient online tool will allow you to get an instant offer for your old truck so that you can move on from it with ease. If you accept our offer, we’ll arrange to pick your old truck up for you and haul it away so that you don’t have to. Contact us if you have any questions about this process.